MTG’s ‘The Lord of the Rings’ set releases Q3 2023, will feature a sprawling battle scene connected by 18 borderless cards

The set will feature sprawling artwork that will be visible by connecting 18 borderless cards. 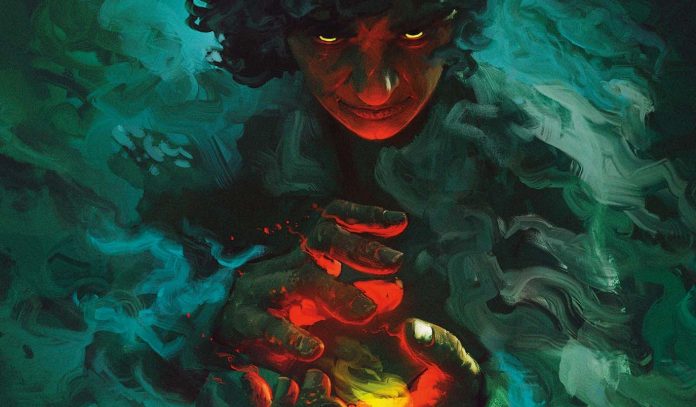 During Wizards Presents 2022, game publisher Wizards of the Coast revealed upcoming products for their Universes Beyond product line. For those unaware, Universes Beyond is a way for fans to play Magic: The Gathering beyond Magic’s fantasy planes with cards representing iconic fictional settings and characters extending in other forms of pop culture. Previously they revealed sets featuring iconic settings and characters from The Lord of the Rings and Warhammer 40k, which the latter releasing October this year.

During the livestream they previewed some fantastic art that will come for the set, check it out below: 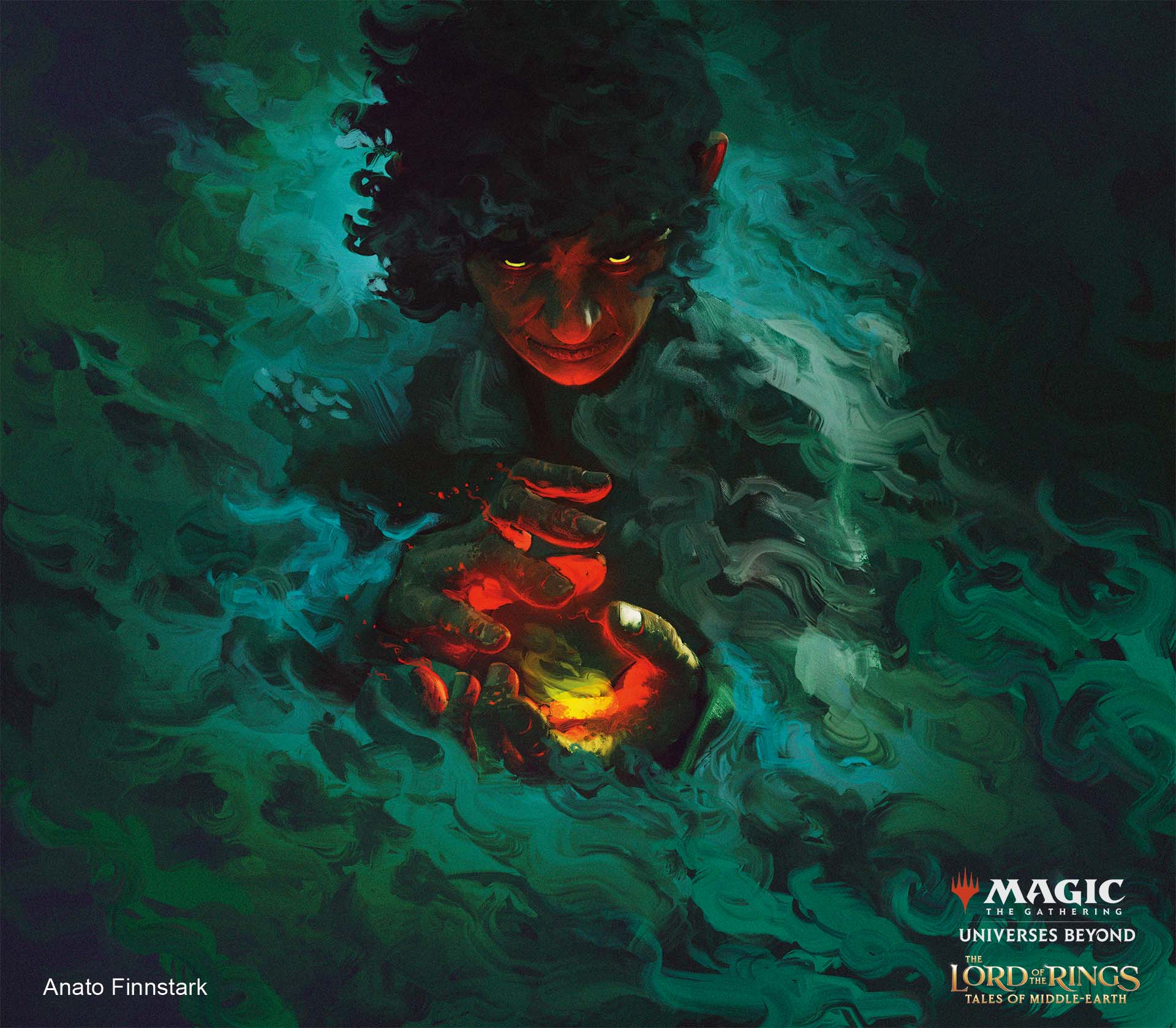 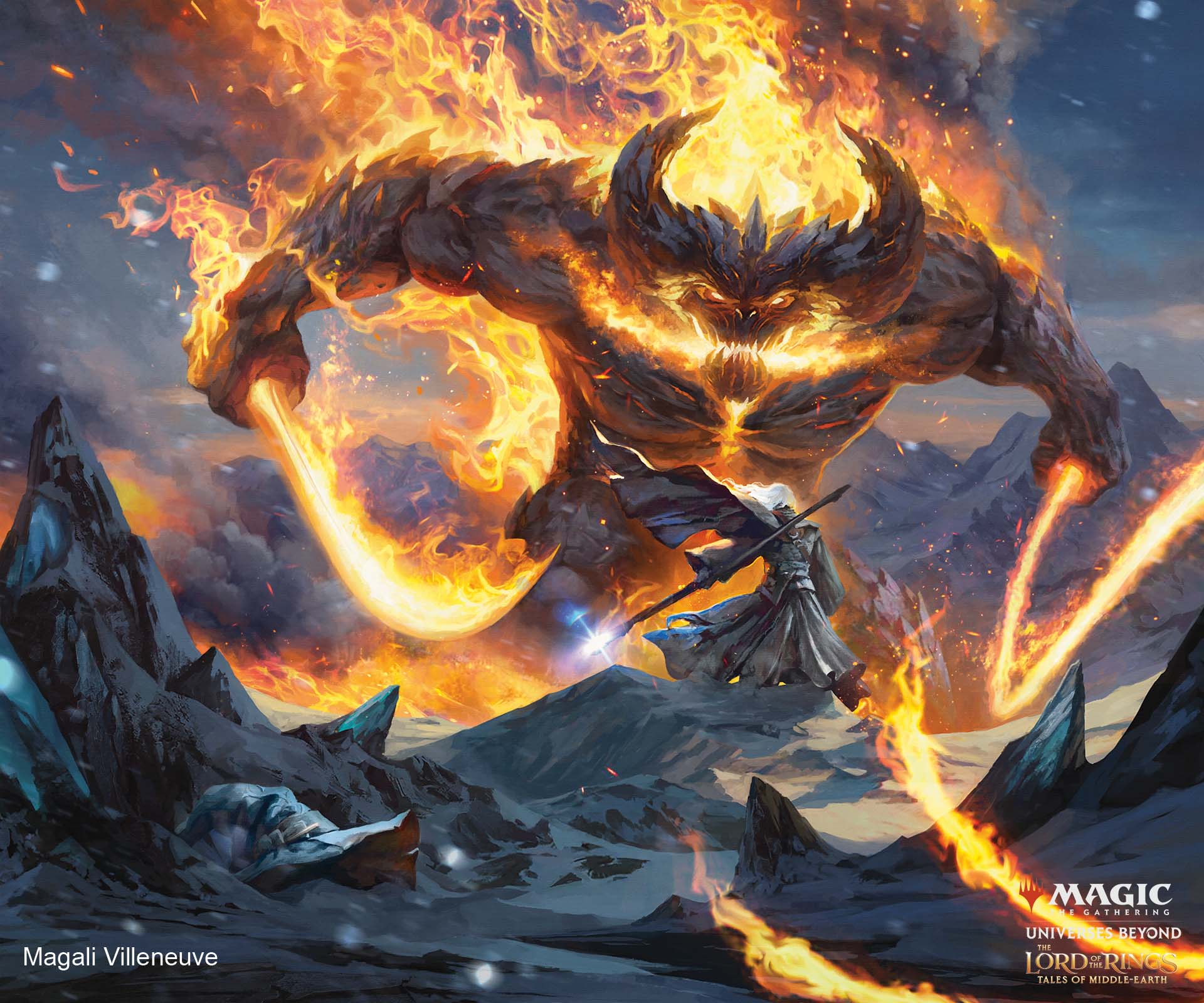 Probably the most amazing feature they have done with the cards is for The Battle at Pelennor Fields, which will have a sprawling artwork that will be visible in its entirety by connecting borderless cards – 18 individual cards to be exact!

Check out the full art below, followed by the same image divided by the game’s borderless cards. Can you spot some familiar characters? 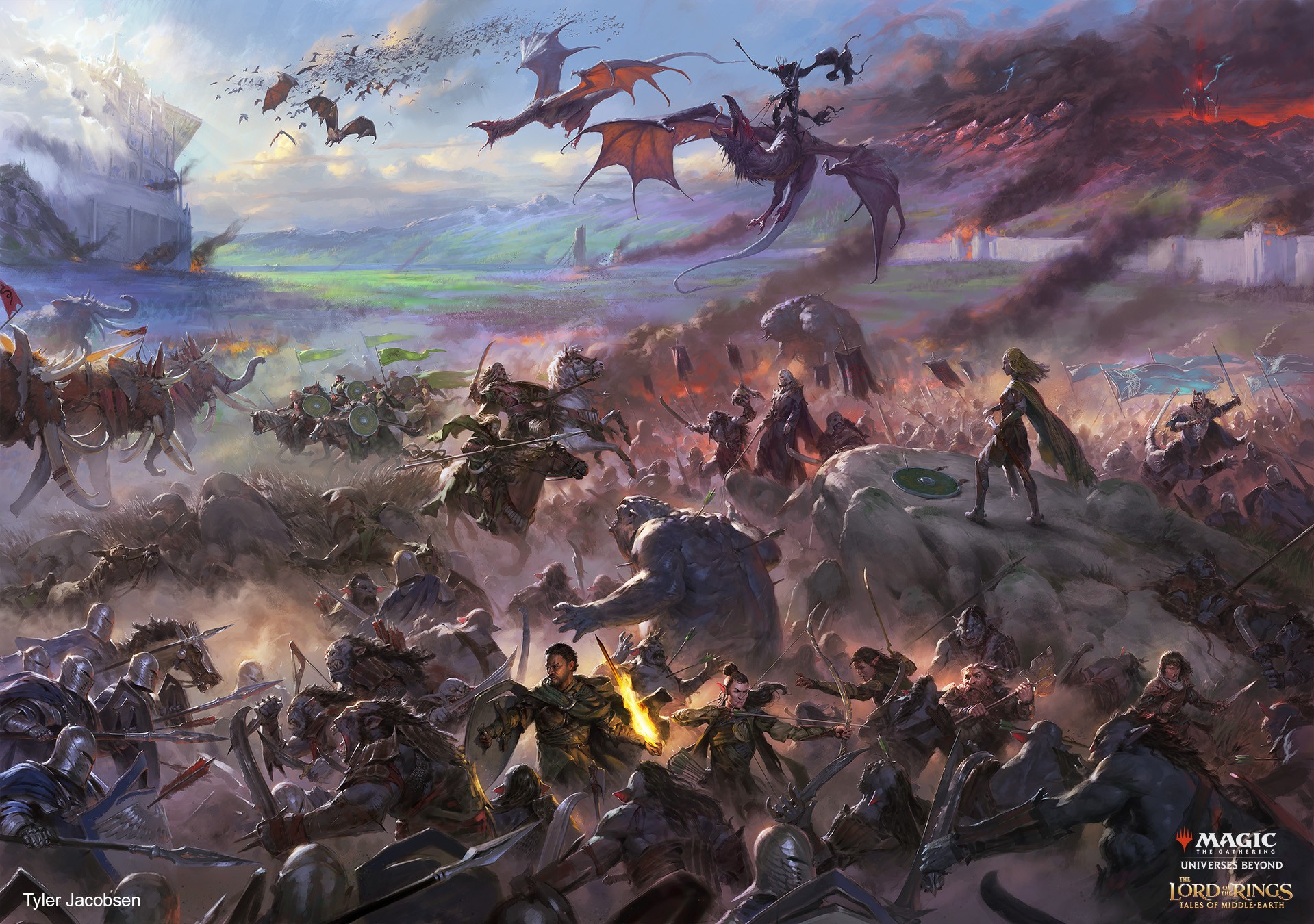 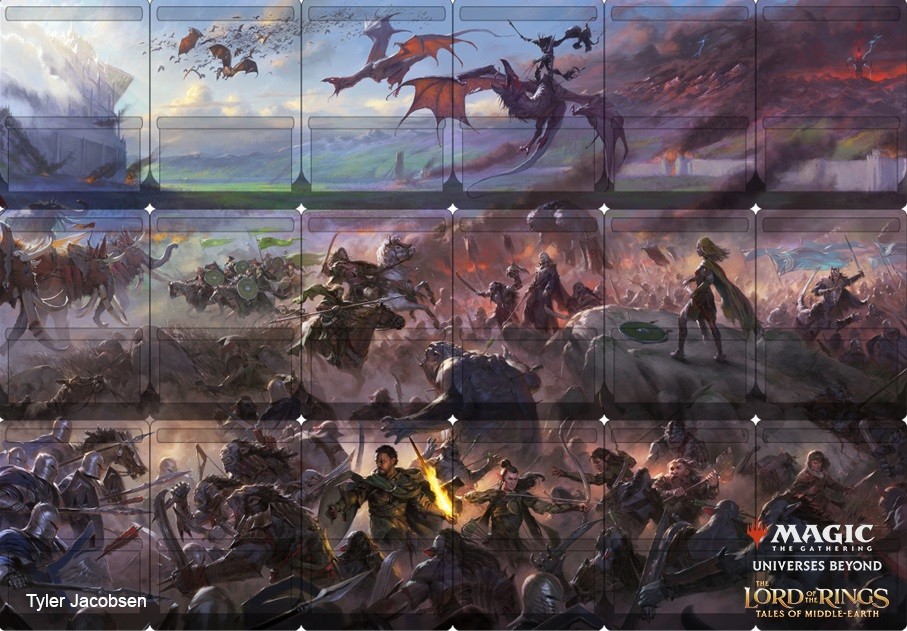 What do you guys think? From the art and lore based on Tolkien’s work, combined with the mana system and familiar card mechanics of Magic: The Gathering, it looks like we have a collaboration that is sure to excite some Proudfoot’s here.

- Advertisement -
Previous articleThe Nationals returns with the Call of Duty: Mobile Philippine Open for 2022
Next articleNew details revealed for Magic: The Gathering’s upcoming ‘Universes Beyond’ set for Warhammer 40,000