This iconic shojo anime is coming to Netflix next month! 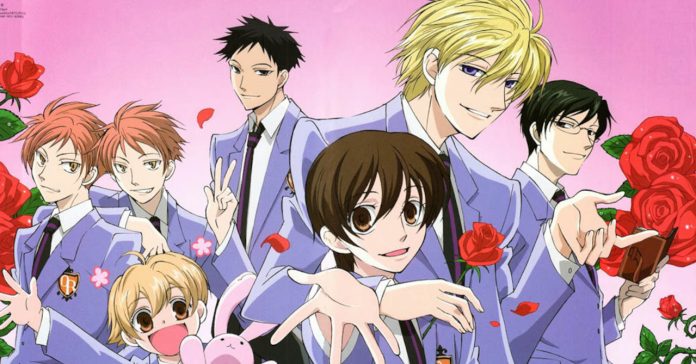 The iconic mid-2000s anime series Ouran High School Host Club will be released on Netflix this September in the Philippines.

This popular anime series is currently listed on the Netflix app for a September 1, 2022 release. While the anime is confirmed to release in the Philippines, it’s likely that it will also be available on Netflix in other regions. You’ll want to check your Netflix app to see availability. 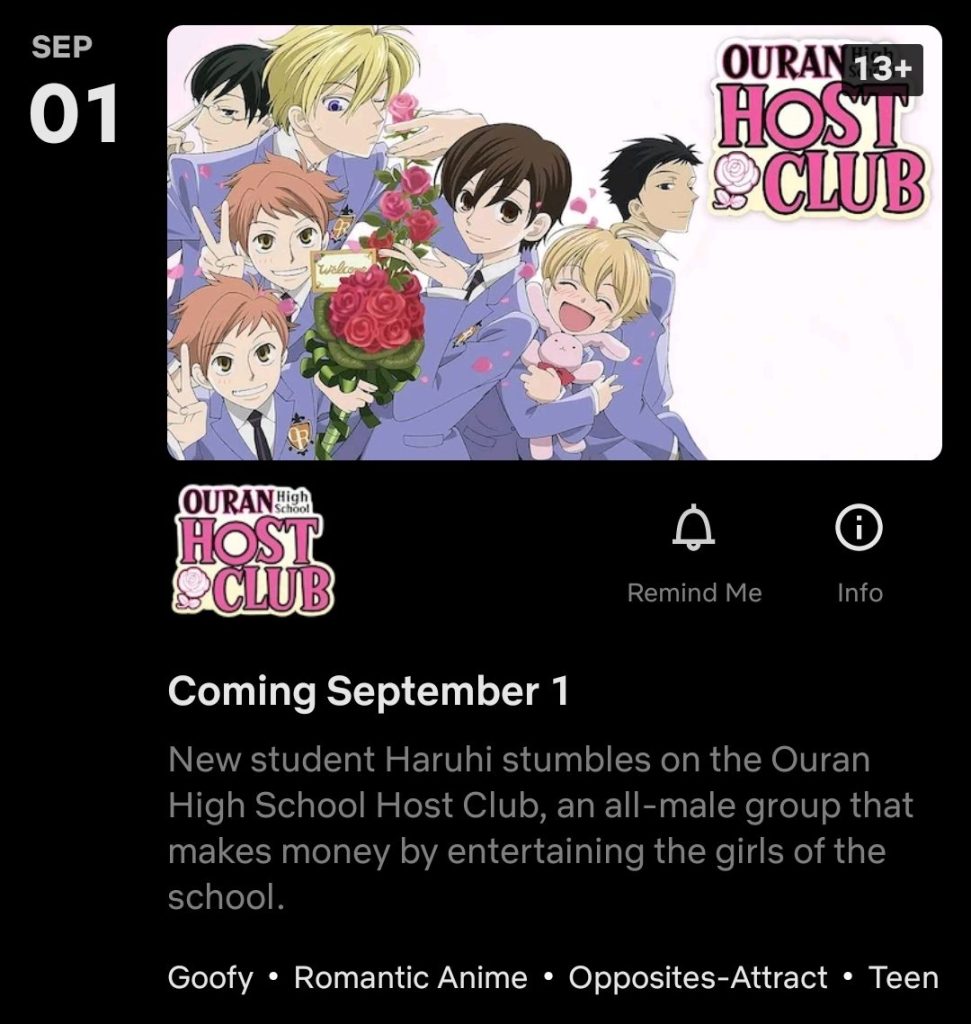 In case you’re unfamiliar, Ouran High School Host Club is an anime series from 2006 by studio Bones. It is based on the shojo manga of the same name by Bisco Hatori, and it follows Haruhi Fujioka, who, in a series of events, is mistaken for a boy and finds herself working in her school’s host club.

The manga’s premise is described as:

One day, Haruhi, a scholarship student at exclusive Ouran High School, breaks an $80,000 vase that belongs to the “Host Club,” a mysterious campus group consisting of six super-rich (and gorgeous) guys. To pay back the damages, she is forced to work for the club, and it’s there that she discovers just how wealthy the boys are and how different they are from everybody else.

The series is one of the most popular anime of its era, especially for the shojo and fujoshi demographic. In fact, it is considered as one of the pioneers of the “fujoshi comedy” genre.

Catch Ouran High School Host Club when it releases on Netflix on September 1.