The Worlds trophy will feature a design by luxury jeweler, Tiffany & Co. 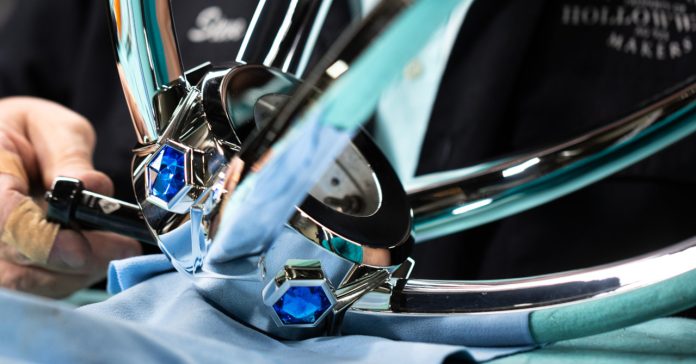 The partnership’s centerpiece is the new Summoner’s Cup which weighs 44 pounds at stands at approximately 27 inches. This special trophy was designed by LoL Esports and Tiffany & Co., and created by over a span of four months totaling 277 hours by expert artisans.

While Riot has yet to unveil the trophy, here’s our first look at some details:

“The Summoner’s Cup is a symbol of greatness in esports and the crowning achievement in League of Legends,” said Naz Aletaha, Global Head of League of Legends Esports for Riot Games. “The teams who hoist it represent the best of our sport — their mastery forever a part of LoL Esports’ history. As we looked to build on the prestigiousness of winning a World Championship, there was only one partner we aspired to collaborate with on the Summoner’s Cup. Tiffany & Co is a storied brand and the preeminent designer of the world’s greatest sports trophies. We’re honored to partner with them to celebrate our past, present, and future World Champions.”

The new Summoner’s Cup will be awarded annually to the winner of LoL’s Worlds, and it will be offically revealed online on Monday, August 29 at 10AM ET (10PM PHT) across Riot Games, LoL Esports, and Tiffany & Co. digital and social channels.