This new Tifa Lockhart figure from FF7 Remake is now available for pre-order! 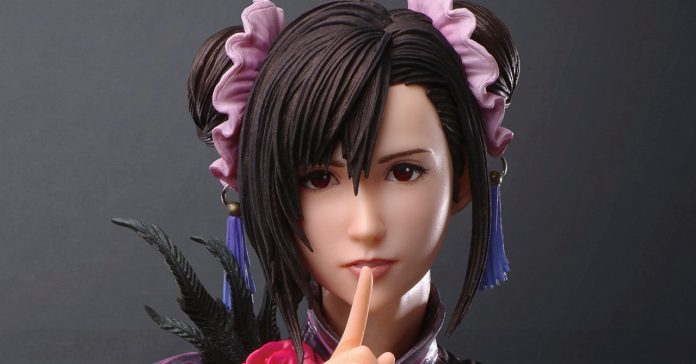 While the figure is not yet posted on the Square Enix NA store, it has been listed on several shops, including Datablitz in the Philippines and Aitai Kuji in Japan.

This figure sees Tifa wear her sporty dress from Final Fantasy 7 Remake. This purple leopard-print Chinese-style dress is an eye-catching outfit, and Tifa wears it with a matching double bun hairstyle.

As a Play Arts Kai, this figure is fully poseable and features different hand options. But the tradeoff here is that the joints are visible. Check out more pictures of the figure here:

In the Philippines, the figure is available for pre-order now via Datablitz. The figure has an estimated SRP of PHP 8,000 to PHP 9,000 and it is set to release sometime in March 2023. To pre-order, you’ll need to visit the Datablitz online store and make a downpayment of PHP 1,500.

In case you need a refresher, this sporty dress is one of three dresses that Tifa can wear in Wall Market, with the others being the refined and exotic dresses. What Tifa will wear will depend on the player’s dialogue choice in one of the earlier chapters.

Here’s a look at all three dresses:

Given that the first two dresses now have figures of their own, it’s likely that Square Enix will release a Tifa Lockhart Exotic Dress Play Arts Kai figure soon.

We’ll have to wait and see though, but if it does get released, RIP our wallets.