The Last of Us still holds up even after nearly a decade. 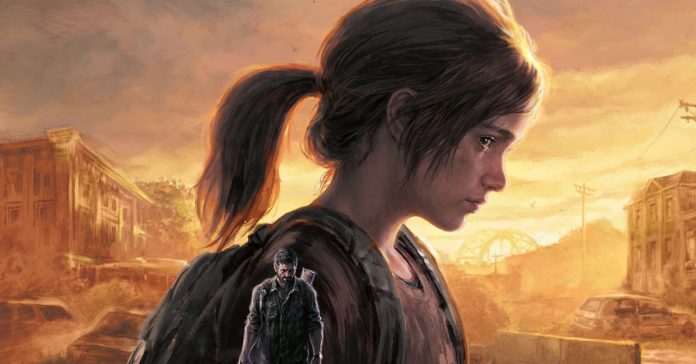 The Last of Us Part 1 is considered to be one of the best games of all time by critics and fans alike, especially when it was first released on the PS3 back in 2013.

While I wasn’t able to play the game during its launch, I was able to enjoy it in its remastered edition for the PS4. Even years after it was released, I still thought it was one of the best games I ever played.

Now, Naughty Dog presents a remake of The Last of Us Part 1, and it promises to be a massive improvement over the original thanks to enhanced graphics, updated AI, new modes, and accessibility options. These are definitely welcome additions, but it’s still surprising to see a remake for such a modern title as it hasn’t even been a decade since its initial launch. Not to mention that many players (myself included) think that the remastered version for the PS4 still holds up well even today.

Still, even if I wasn’t sold on the game needing a remake, I jumped at the chance to replay the game in this enhanced version. The biggest change that players will notice is the graphics. In this regard, the Last of Us Part 1 deserves to be called a remake as the game’s textures and models have been remade from the ground up, making for an experience that’s much closer to The Last of Us Part 2 in terms of visual fidelity. While it may not seem like a big change at first, the graphical upgrade is massive when you try the remastered version again.

Another major change in terms of visuals is the updated lighting and depth of field in cutscenes. The new lighting for the game not only makes it more beautiful to look at, but it also enhances the atmosphere greatly. Moments in the game which were scary in the original were even more terrifying here in my experience.

The depth of field in cutscenes is also a nice touch as it makes the whole game look more cinematic. Going back to the original, it definitely felt more like a game than the remake. And speaking of cutscenes, transitions between gameplay and cutscenes also felt smoother here. While not to the level of God of War which had a one-shot style, these small enhancements made for a more polished experience.

Other enhancements to the experience are the 3D audio and DualSense features. While these additions aren’t massive in my opinion, they still helped to enhance the overall immersion that I felt while playing. 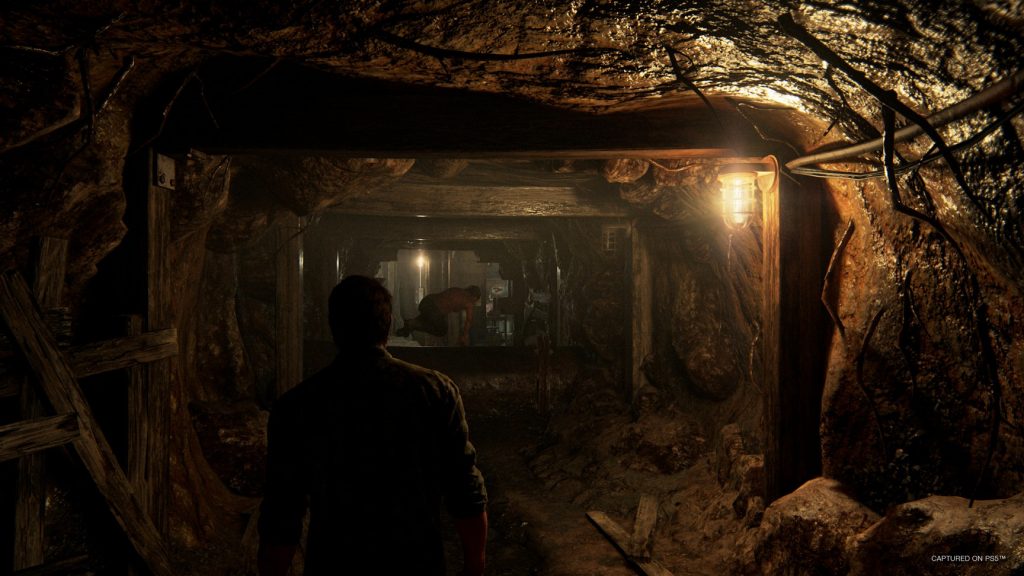 A thing that stood out for me aside from the graphical and immersion enhancements is the improved AI, specifically for friendly characters. Before, friendly NPCs were next to useless in fights as they’re mostly passive. But in this game, ally AIs are much more active. While they don’t make fights easier, the fact that they are more active makes the experience feel more natural and closer to the experience of playing Part 2 (a game that many consider to have excellent AI).

Enemy AI have also been improved here. As explained by Naughty Dog, the enemies in the original were limited (aka dumb) by the PS3’s hardware constraints. But thanks to the PS5’s hardware, the developers were able to make the enemies act smarter — kind of similar to how they are in Part 2. This means enemies will flank you and seek you out more consistently.

AI isn’t the only thing that the developers took from Part 2 as there’s also the wide range of accessibility options here. Again, Naughty Dog proves to be the studio to beat when it comes to gaming accessibility.

Much like in Part 2, the Part 1 remake gives players lots of ways to make the game more accessible, be it more difficulty options to dedicated presets for the blind, deaf, or players with motor disabilities.

As someone who luckily does not need any of these accessibility options, I didn’t need to play around with these settings. Though these are definitely great to have as it means more players will be able to enjoy the game.

Aside from accessibility, the remake also adds a speedrun mode along with a permadeath mode. These are nice additions for players who are dedicated Last of Us players and are looking for a challenge. 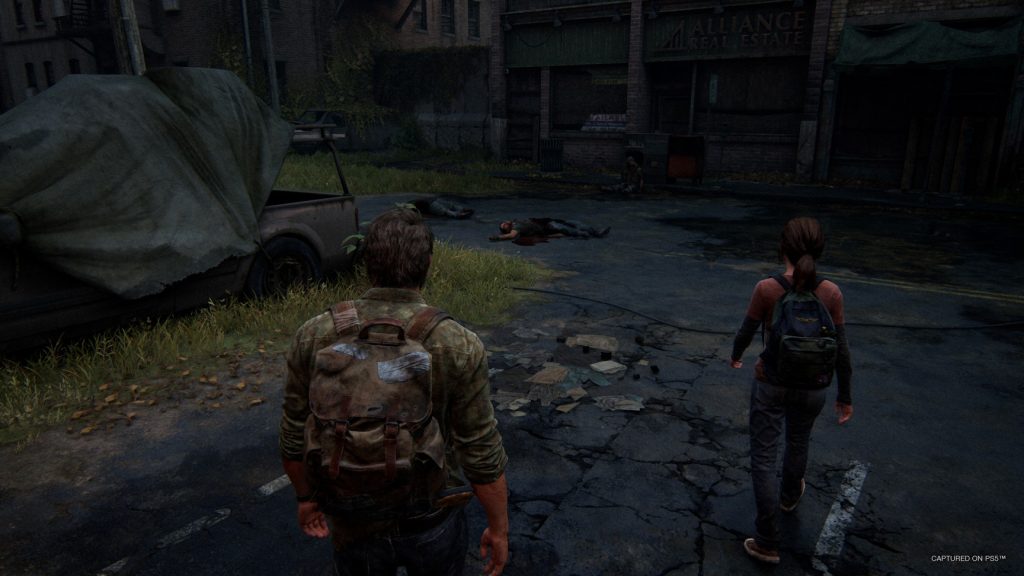 There are a lot of massive enhancements in the remake, but take note that at its core, it’s still a PS3 game. Sure, the AI is better and the graphics can look like a current-gen title at some points, but there are aspects of the game that shows some age.

For instance, the level design here is simple for today’s standards, especially when compared to the sequel; each level just feels rather linear. The fact that you can’t go prone and crawl is also a bit limiting when it comes to stealth, though that addition is pretty much impossible to add unless they were to actually remake the gameplay.

As for the graphics. While it’s true that the game looks way better now, the visual enhancements aren’t as big as the one in the Demon’s Souls remake. It might not be a fair comparison, but I can’t help but think about how Bluepoint’s Demon’s Souls truly felt like a new generation game despite the decade-old gameplay (which still holds up, by the way).

Meanwhile, The Last of Us Part 1 remake can sometimes feel more like a “super remaster” instead of an actual remake. Though this might be more of a testament to how well the original game holds up to this day.

Does it Hold Up? Despite the minimal gameplay improvements (aside from the enhanced AI), The Last of Us Part 1 absolutely holds up when you play it today, at least in my opinion.

It has been years since I last played the game, and I still enjoyed replaying it in its remake form. Of course, it does show some age a bit at some points, especially in gameplay, but that’s compared to The Last of Us Part 2. But when held up against other third-person shooters, I still think it can stand up there with more modern titles, especially thanks to the enhanced AI. 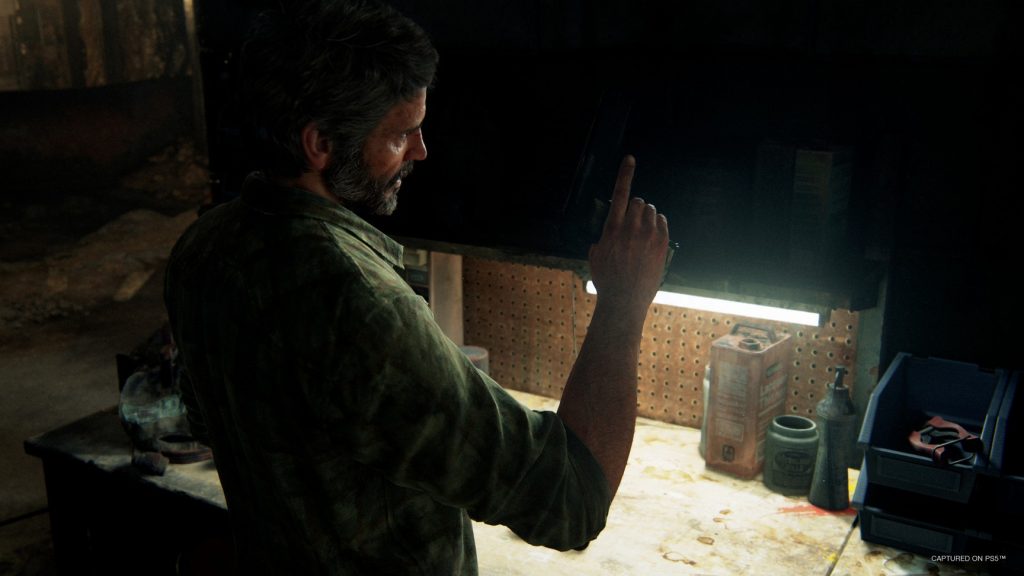 More than the gameplay though, it’s the story and the atmosphere that still make it a compelling experience. Even nearly a decade after its release, The Last of Us is still among the few titles that I can confidently say has a perfect story. If you have yet to play the game, there’s no doubt that this remake is a must-play.

Even if you’re a more casual player, the sheer number of accessibility options means you’ll be able to experience the game’s excellent story without getting frustrated. 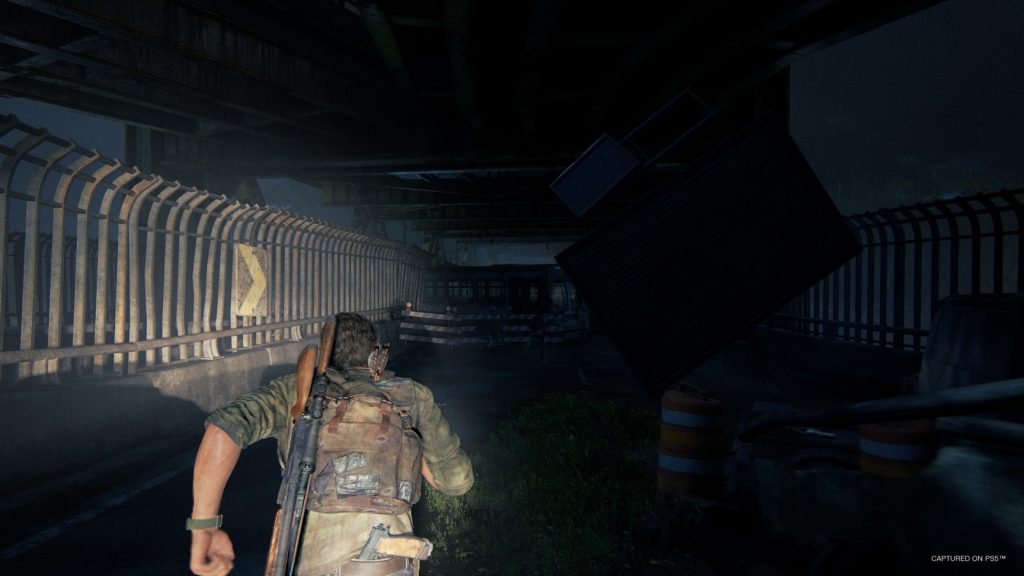 Naughty Dog’s remake of The Last of Us is no doubt a major improvement over the original and the PS4 remaster. Thanks to improved graphics, smoother animation, and enhanced AI, the remake is an overall excellent experience. On top of all these are the wide range of new accessibility options — always a plus with any title as it lets more players enjoy the game.

The only real knock against the remake is that it sometimes feels more like a “super remaster” than a full-blown remake, especially considering how well the PS4 remaster still holds up.

If you have a copy of the remaster, you may want to consider if you need to get this remake given its USD 70 price tag. But if you haven’t played the original yet, The Last of Us is simply a must-play as, to this day, it still features one of the best stories in modern gaming history.

Previous articleGenshin Impact x Pizza Hut collaboration gets shut down due to massive demand
Next articleThe Last of Us Part 1 Remake vs The Last of Us Remastered: Is the remake worth it?

The Last of Us Part 1 (Remake) Review | A Modern Classic Made Even BetterThe Last of Us Part 1 Remake features massive improvements over the PS4 remaster when it comes to graphics, gameplay, and accessibility. While it may not feel like a full-blown remake at times given how well the original holds up to this day, the game is still highly recommended, especially for those who have yet to play the original.