The Nationals returns with the Call of Duty: Mobile Philippine Open for 2022

The Nationals returns for a new season and with a new game. 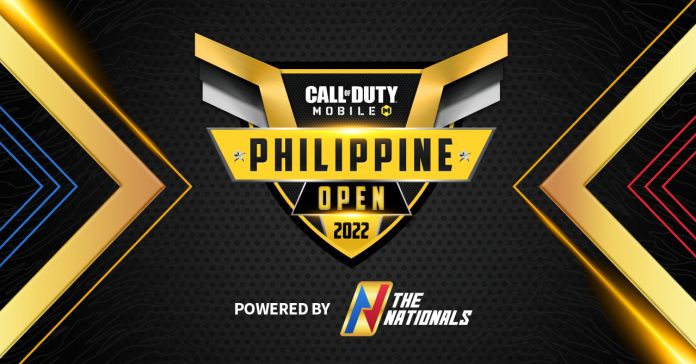 The Nationals is back for 2022, and this year, it returns for a new season and with a new game – the Call of Duty: Mobile Philippine Open.

The Call of Duty: Mobile Philippine Open will invite players in the country to show off hteir CoD skills. It will start with the Challenger and Academy tournament series — two tourney series aimed at the grassroots and student gaming community, respectively. Here, players will be able to compete for a chance to become part of The Nationals pro teams.

Players who emerge victorious in these stages will move on to the Draft. There, they will be selected by pro teams as part of their Pro League rosters. Aside from individual players, teams will also be able to sign full squads, meaning amateur Call of Duty: Mobile teams are encouraged to join as well.

The Call of Duty: Mobile Philippine Open powered by The Nationals will its first Challenger series tournament this coming August 20-21, 2022. The top 4 teams of this tournament will move on to be part of the draft this September.

Here is the schedule of the next series:

“We’re very excited. Finally, nandito na ulit tayo and we get to showcase a lot more of our esports athletes and aspiring esports athletes in the Philippines,” said league president, Jab Escutin, “We have a new game, and so this is a new thing for us and we’re excited to hit the ground running and hopefully the community is ready to showcase their talent also”.

The Nationals league commissioner, Ren Vitug, also adds “we’re really looking forward into bringing the Nationals’ touch into this competition. We think we can give a new avenue and portal for the players and teams to expose themselves to the game itself. We’re really happy for that and it’s going to be exciting this year.”