This Filipino-made NFT game is now playable on PC, Mac, Android, and iOS on Early Access. 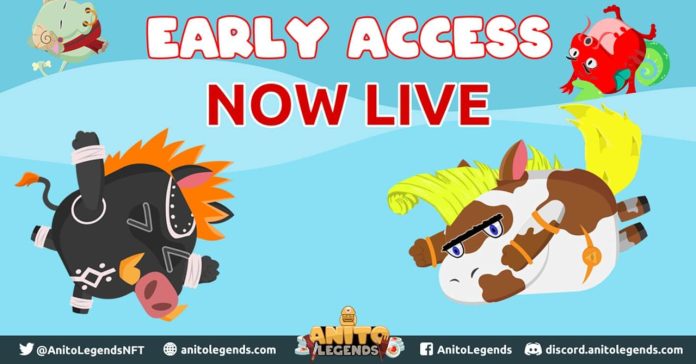 Following its reveal and beta, the Filipino auto-battler NFT game Anito Legends is now available on Early Access on multiple platforms. Specifically, the game can now be played on PC, Mac, Android, and iOS.

The game’s early access build comes with all the features from the beta, including two different game modes: Adventure Mode (PvE) and Arena Mode (PvP). Along with these, the new build features Cloud Save for synced progress on multiple platforms, as well as a wide range of quality-of-life improvements.

“We are very excited to see what our community thinks about Anito Legends early access,” shares James Chua, Anito Legends Chief Executive Officer. “We hope that everyone will enjoy playing through both Adventure Mode (PvE) and Arena Mode (PvP) as much as the team has enjoyed working on it.”

Not familiar with the game? Anito Legends is an auto-battler with NFTs. The game is described by developer Masayato Games as:

In Anito Legends, players are tasked to form a team of three (3) Anitos from four (4) different classes – the Kiwig, Sarangay, Siyokoy, and Tikbalang. Players can battle through single or multiplayer modes to earn in-game and physical rewards.

To create the game’s lore, the team worked with Palanca Award-winning horror writer Yvette Tan, while the in-game soundtrack is produced by Myth_OS, composed of the duo Malek Lopez and Juan Miguel Sobrepena.

Anito Legends’ tokens $LARO and $GINTO are also listed on Coingecko, the world’s most reliable source of independent cryptocurrency data, and CoinMarketCap, a trusted and accurate source for crypto market capitalizations, pricing, and information.

To play the early access built of Anito Legends, three Anito NFTs are required. Fans and community members who were able to participate in the recent private and ongoing public sales can now use these Anitos in-game.

If you’re interested, an upcoming public sale via the Anito Legends Marketplace will be open today.