The Assassin's Creed Mirage Collector's Case comes with an exclusive figurine of Basim. 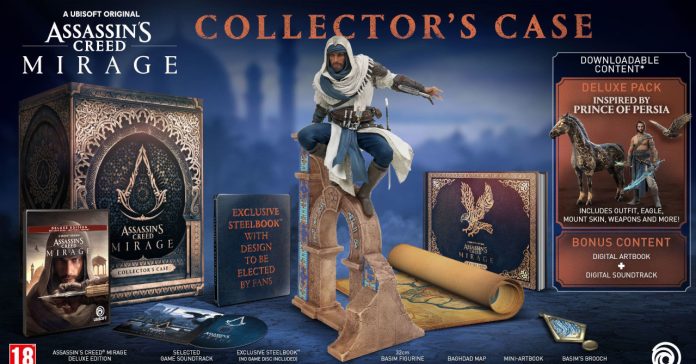 Along with the game’s announcement, Ubisoft unveiled the Collector’s Edition and the Deluxe Edition of Assassin’s Creed Mirage. 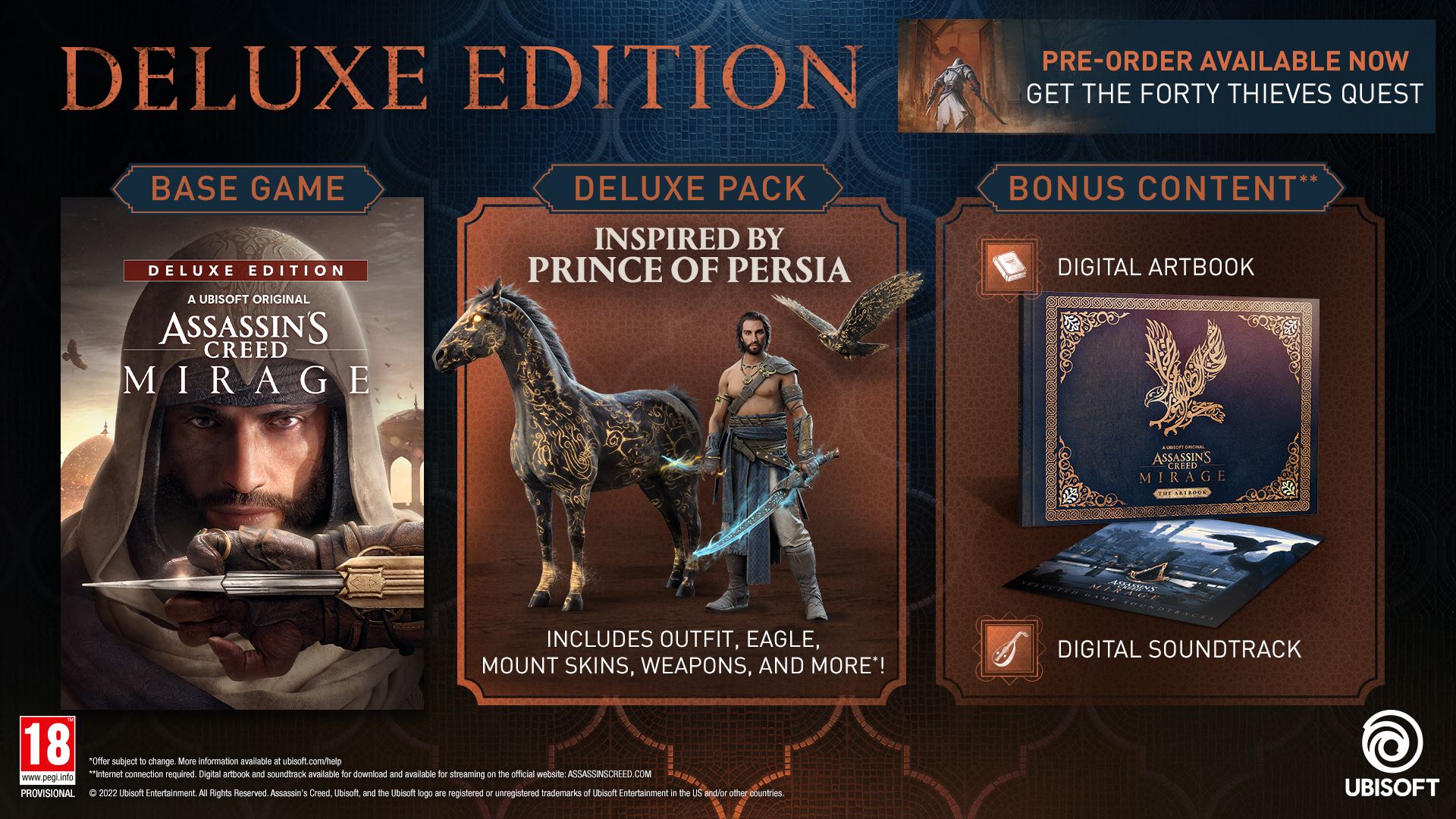 For starters, we have the Deluxe Edition. This version of the game will include the base game, digital artbook, and soundtrack. It also comes with a Deluxe pack which includes a Prince of Persia–inspired outfit, eagle and mount skins, weapons, and more. 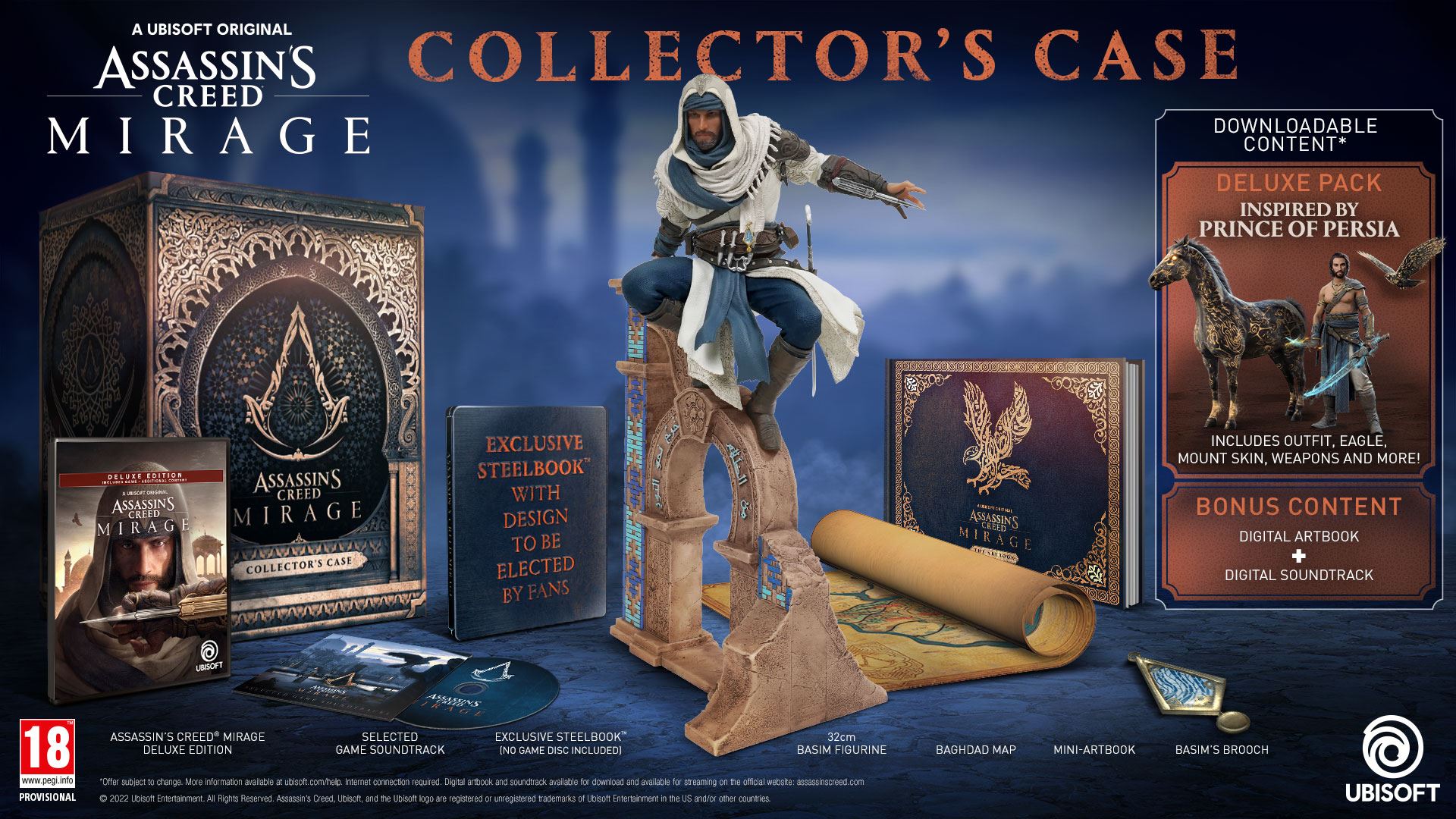 Next, we have the Assassin’s Creed Mirage Collector’s Edition aka the Collector’s Case. This version of the game will come with a figurine of Basim (32cm), an exclusive SteelBook with a design to be selected by fans, a mini-artbook, a replica of Basim’s brooch, a map of Baghdad, and a selected soundtrack disc of the game. This special edition is available from the Ubisoft Store and select retailers.

Here’s a rundown of the three different versions of the game: 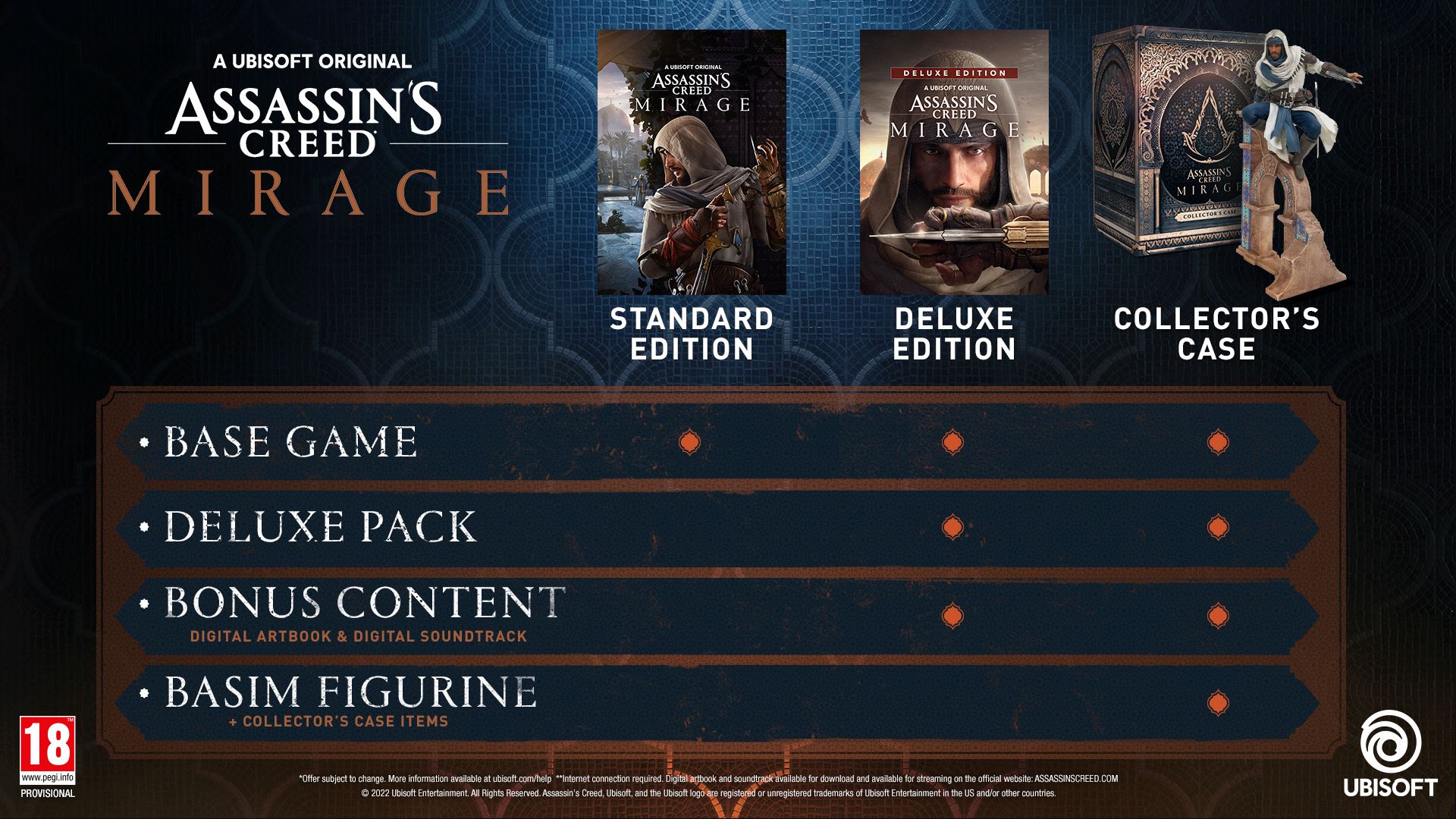 Mirage is the next game in the Assassin’s Creed series, and it is a return to the series’ roots as it is set in Baghdad during the ninth century. Ubisoft describes Mirage as:

“Mirage invites players to immerse themselves in a magnificent ninth-century Baghdad at the peak of its Golden Age. It offers a narrative-driven action-adventure experience with an intriguing coming-of-age storyline, charismatic protagonists, a majestic open city and modernized legacy gameplay focusing on parkour, stealth and assassinations.

They will embody a new hero, Basim Ibn Is’haq, a singular street thief with a mysterious past, who will join the Hidden Ones in Alamut on a quest for answers. Basim’s mentor, Roshan, will be voiced by Emmy-winning actress Shohreh Aghdashloo. Mirage is an homage to the series, and a particularly special tribute to the first Assassin’s Creed.”

- Advertisement -
Previous articleThe biggest Star Wars and Lucasfilm reveals at D23 2022
Next article6 Reasons to get a Secretlab Chair this 9.9 Shopping Sale