Cosplay Mania 2022: What to expect at this year’s event

Cosplay Mania 2022 begins tomorrow, and here are all the events that you should expect! 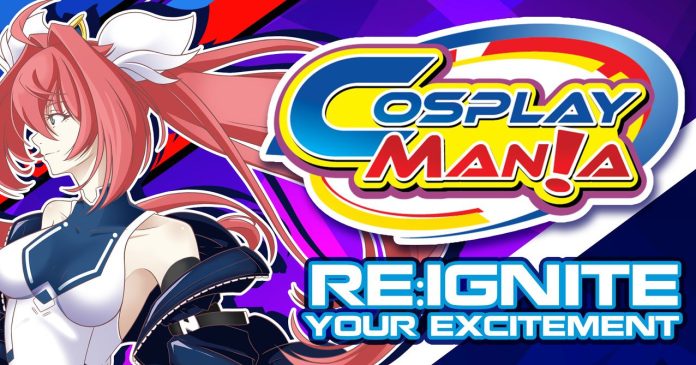 Cosplay Mania 2022 returns after a two-year break and with one goal in mind this year —  to deliver yet another memorable event to the fans of the otaku and ccosplay culture that it had delivered before, hyping everyone with the tagline Re: ignite Your Passion.

As one of the biggest annual events related to Anime, Cosplay, and J-Music, the highly anticipated comeback brings in huge names from the Cosplay scene, Music artists, and VTubers. Thus, Cosplay Mania 2022 promises a wonderful experience for attendees that is appropriate for today’s trend.

Siince conventions are just making a return and with an event as huge as CosMania 2022, attendees might get overwhelmed on what to do. So if you’re attending and don’t want to feel lost, check out the schedule below and plan ahead on what to do during the event:

As an attendee, your access to various programs depends on what tier of ticket you’re holding, either Silver, Gold, and VIP tiers.

Although, do note that tickets for the event are already sold out, and the event organizers have announced that there won’t be any on-site selling of the said ticket during the event. You can also refer to this map so you won’t lose your way while venturing into the convention site.

Save this important Meet & Greet schedule on your devices so you wont miss out on the amazing cosplayer guests only at 🎆Cosplay Mania 2022🎆!#CosplayMania2022 #CosplayMania #Cosplay #Cosplayph pic.twitter.com/uDmrQBEP2B

The event will feature well-known cosplay personalities, so expect Onnies and Thames Malerose to make an appearance on the stage during day one at the EX Hall. Meanwhile, Yosuke Sora will be at the same stage on day two around 2:30 PM. Another special guest and returning on CosMania that you might want to see is the resident Ikemen Hiroto Kuramasu, so be prepared for a heart-throbbing experience when you see him.

All four of these Cosplay celebrities will have their Meet and Greets in specific rooms and will follow a strict schedule on both days. So if you have a scheduled, M&G do refer to the information above to not miss your chance.

There are also live events attendees can participate in, notably the Hall of Cosplay Masquerade on Day 2, where cosplayers can register on-site and can win cash prizes if they catch the attention of secret judges. Cosplay Anisong-It Challenge, Facepalm The Music, and Cosplay Conquest are also programs to see. At the same time, the best Cosplayers from previous conventions will all face off in Cosplay Mania Cup at 2:55 PM.

Embark together on your fantasy adventure! Set hundreds of years into the future on the distant planet of Aida, the shared open-world RPG, anime-infused sci-fi adventure Tower of Fantasy will be in 🎆Cosplay Mania 2022🎆!#CosplayMania2022 #CosplayMania #Cosplay #Cosplayph pic.twitter.com/zVqqYEikf0

Like any other conventions and events, Cosplay Mania 2022, will also host exhibits and pop-up stores during the event proper where you can buy merchandise and other stuff to add to your collection. Along with the exhibitors in this event is the new open-world game fantasy Tower of Fantasy. For toy collectors expect a wonderful display from Tamashii Nations as they’re one of this year’s sponsors.

I might already be yapping like a broken record, but Cosplay Mania 2019 is still fresh in my mind, particularly how I can’t forget Mirai Akari’s appearance in the said event. Being the first event in the Philippines to invite a VTuber no one expected how the VTubing scene has become and now things had changed.

This leads us to Cosplay Mania 2022 which brings in four of Hololive ID’s VTuber talents: Ayunda Risu, Kureiji Ollie at the SP Hall with Pavolia Reine, and Moona Hoshinova on Day 2.

Both Risu and Ollie will have a scheduled Meet and Greet for those who won the raffle, but they’ll be appearing on stage at 3:50 PM, meanwhile, Pavolia Reine will perform in the JAM Concert on Day 1 around 6:20 PM. And you can catch Moona’s performance on Day 2 around 6:40 PM.

Drop by our Official Merch Booth & join us during our panel sessions, DJ performances & more!

Local VTubers will also attend the event as special guests, with a live DJ Performance by YashinLive’s DASU on EX hall at 4:30 PM on Day 1 and local Fox girl Kiichan making a Q&A segment and live performance at 4:45 PM on Day 2.

These are only a few things that you can expect from CosMania 2022, I haven’t even mentioned that MindaRyn will be performing at the JAM Concert on both days, along with LoveSo, ONE, and Festa. So gear up and plan ahead, because whichever days you’ll be going expect a grand comeback of this annual event.

Cosplay Mania 2022 is happening on October 1-2 at the SMX Convention Center in the SM Mall of Asia Complex, Pasay City.