The next Doraemon Story of Seasons game is set to release this November, and it promises an even more Doraemon-like experience. 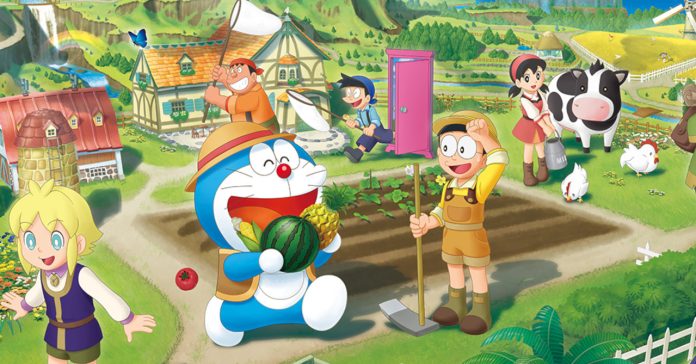 Ahead of Tokyo Game Show 2022, Doraemon Story of Seasons: Friends of the Great Kingdom Producer Koji Nakajima shared what the development team are most proud of in the game, as well as mentioned details about the bigger map.

This new entry in the series promises to be just as fun and cozy as the previous Doraemon crossover, but with enhancements. Specifically, one of the key things that make this stand out is the larger map. Nakajima explains:

“Compared to the previous title, we expanded the map even more. But rather than trying to just expand the map, we prioritized how the map’s iconic key points or points of interest. [This is because] we feel that if the maps are too big, it might affect players [enjoyment] as well.”

It’s interesting to note that they expanded the map, but not just in scale as the team also added more points of interest for a fresher and more enjoyable experience.

Nakajima even mentioned that this is a totally new map, and it’s also bigger than the previous game’s map:

While the map is much bigger and has more points of interest, Nakajima revealed that the thing that he’s most proud of in the game is actually its story and how much more Doraemon-like it is.

“This time, for the entire story itself, we put a lot of effort into making it very Doraemon-like. Specifically, like how the Doraemon manga is or in the movies. From the start, our aim is to make the game fun and make it a blast for players, especially with Nobita-kun and Doraemon, and everyone.”

Doraemon Story of Seasons: Friends of the Great Kingdom will be released on the PS5, Nintendo Switch, and PC via Steam on November 2, 2022.