Here's how this unexpected Monster Rancher and Ultraman collab came to be. 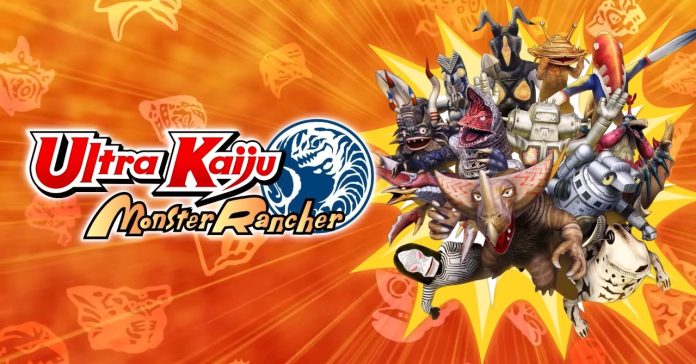 With the game’s release just a month away, Bandai Namco gave us a chance to interview Ultra Kaiju Monster Rancher Producer Kentaro Matano along with other members of the SEA gaming press.

While a lot of you (especially the 90s kids among you) may be familiar with Monster Rancher from the PS1 era, you may have missed this announcement. If you did, this game is a crossover between Monster Rancher and the Ultraman franchise. Here, players will be able to raise and even fuse some of the iconic kaiju from Ultraman.

In the interview, Matano was able to share the origins of this unexpected collab, as well as the key differences of this game compared to the previous titles in the series.

First up, here’s what Matano said when asked about how the idea for a crossover between the two IPs came about:

“I’ve been playing Monster Rancher from back then as I’ve been a big fan of the series since the beginning. And Ultraman is also one of the IPs that we’ve been using. One day while playing Moster Rancher on the Switch, I saw the news of the 55th anniversary of the Ultraman series.

When I saw it, I thought ‘It might be interesting to combine these two into a new title’. And that was the start of this project.

After this, I brought the game to Koei Tecmo and they also were interested in it after the talks and discussions. A big part of the development that we discussed is deciding how to raise the kaiju. As you know, unlike normal Monster Rancher monsters, they have a massive size, unlike the original monsters.”

As Matano mentioned, it was happenstance in a way how the collab came to be. He also further explained the similarities and differences between Ultra Kaiju and the standard Monster Rancher titles:

What’s cool about this game is that players can fuse a pair of kaiju into one. We’re sure that fans of Ultraman can already imagine how hilarious these fusions can be.

Though aside from targeting just Ultraman fans, the development team made sure that Monster Rancher fans would also enjoy the game as well. Matano explains:

Now, if you’re a neither a fan of Monster Rancher or Ultraman, this might not be the perfect starting point. But if you’re at the very least interested in all things kaiju, you may want to check this out.

Ultra Kaiju Monster Rancher will be released on the Nintendo Switch on October 20, 2022.