Is One Piece Odyssey canon? Here’s what the developers say

Eiichiro Oda is heavily involved in the next One Piece game, but is it canon? 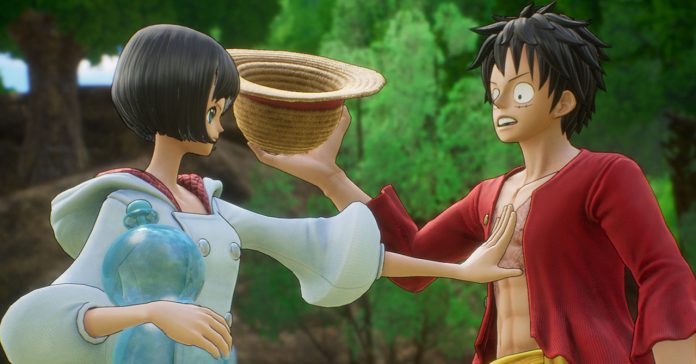 While it’s confirmed that series creator Eiichiro Oda is heavily involved in the game’s creation, some fans might still be wondering if One Piece Odyssey is canon. After all, pretty much all other One Piece games aren’t part of the series canon.

Recently, we got a chance to attend a panel interview with the game’s Producer Katsuaki Tsuzuki regarding the game. There, Tsuzuki was asked if Odyssey is considered canon.

Here’s what Tsuzuki had to say about the game regarding its canon status:

“Regarding canonicity, it is not part of the story. However, it fits within the story of One Piece itself so fans will not be confused regarding the continuity.”

There you have it. One Piece Odyssey isn’t part of the series canon, much like the other games in the series. Though this shouldn’t come as a surprise for fans. After all, anything other than the One Piece manga isn’t usually considered part of the core canon.

Though Tsuzuki did mention that Odyssey doesn’t contradict anything in the game’s canon, meaning fans can still think of this as part of the story.

“The story of One Piece Odyssey, since it has been developed for a long time, it will be around the Whole Cake Island, around where the Straw Hat crew are still fighting Big Mom.

On the other hand, with this long time of development, there will be no discrepancy within the story, and there should be no problem with fans understanding the story itself.”

Along with this, Tsuzuki confirmed that Odyssey is the game that Oda is the most involved in so far as he created monster and character designs for this game. Because of this, Odyssey is shaping up to be a must play for fans of the series.