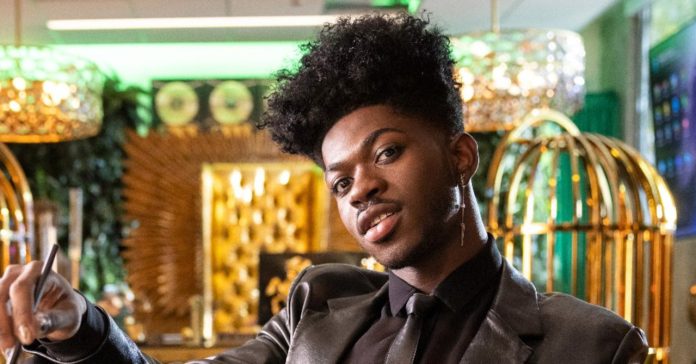 No, this isn’t clickbait: Riot Games just dropped the news saying Lil Nas X is the new League of Legends President. This comes right on time the 2022 League World Championships, and it looks like Montero will be tearing up the music scene, one way or another.

President Lil Nas X is set to kick off this year’s Worlds with a performance of “STAR WALKIN” this September 29th. The track will officially premiere on the 23rd ahead of the 2022 League World Championship.

“I felt like it was time for me to try something new. I’ve left my mark on pop culture in so many ways, and now it’s time to take on the world of gaming. I will be the greatest President of League of Legends, of all time. Also, I’m going to make the best Worlds anthem of all time and put on the biggest, coolest, sexiest Worlds in the history of all Worlds!” said Lil Nas X.

In line with this, League of Legends champion K’Sante the Pride of Nazumah will also be receiving a promotional, co-designed Prestige skin. The skin will be available on November 3rd until the 14th, and can only be unlocked by playing League of Legends or Teamfight Tactics earning 2,000 Worlds 2022 tokens.

According to Riot Games, Lil Nas X will be “responsible for creating explosive musical moments, an ingenious League champion skin, and a spectacular live Worlds performance.”

Naz Aletaha, Global Head of League Esports for Riot Games adds: “Lil Nas X is the most electrifying name in music, so when he showed up at our headquarters and told us that he wanted to be President of League and join us throughout Worlds, we of course said ‘yes.’”

Yes, indeed. Here’s the ACTUAL first order of business–in case you were wondering. 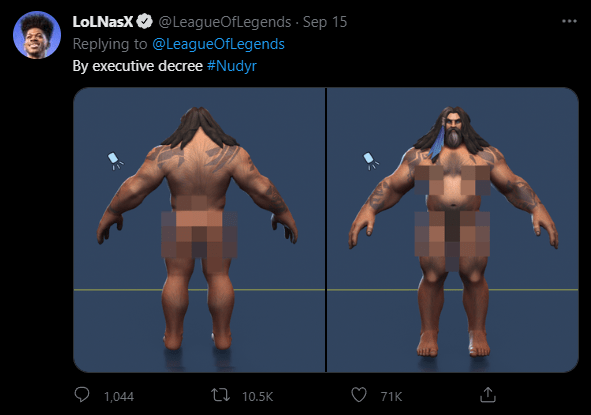 The 2022 League World Championships kicks off via the Worlds Opening Ceremony presented by Mastercard on September 29 2022.