Lucky Star is finally coming back! 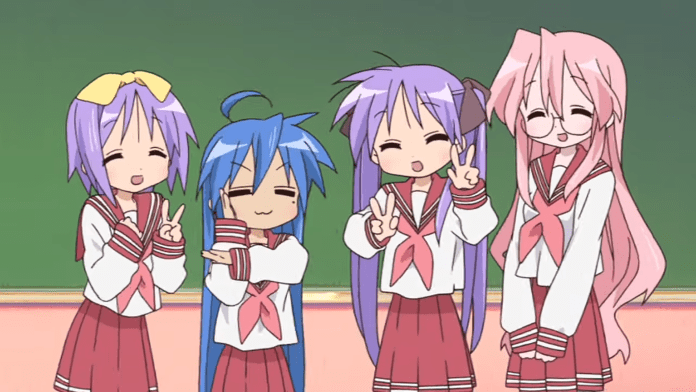 Lucky Star the comedy, slice of life manga by Yoshimizu Kagami will return after its eight-year-long hiatus under a new publisher! Its upcoming return was announced by C2 Kikan through a Twitter post.

Lucky Star was first serialized and published in 2003 as a four-Koma Manga by Kadokawa Shoten’s Comtiq. It centered around the lives of four Japanese School girls, Izumi Konata, Hiiragi Kagami, Hiiragi Tsukasa, and Takara Miyuki as they go live their everyday school life. It follows no plot but instead tackles different topics from the Japanese pop culture.

It was later picked up by Kyoto Animation (the studio behind Violet Evergarde, K-On, and more) in 2007 which produced a twenty-four-episode anime series. The anime features cameos from various other anime series like The Melancholy of Haruhi Suzumiya who at that time cast Aya Hirano as the titular character; she also voices Izumi Kanata in the Lucky Star anime.

Original creator Yoshimizu put the Lucky Star manga on hiatus in 2014 to focus on a new project he had planned back then.

Lucky Star will return with its new chapter this year on November 10, 2022, and will be published by Kadokawa’s Mitaina! magazine.