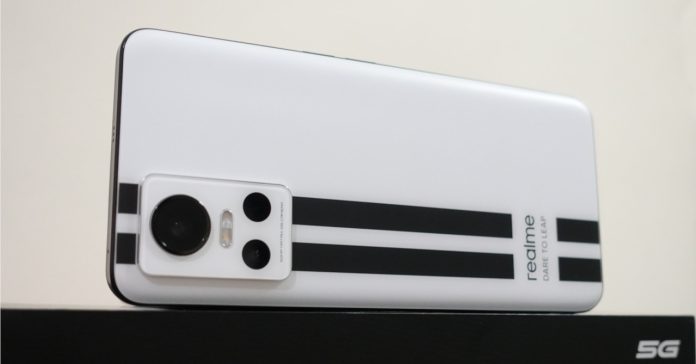 Back in late July, realme launched the GT Neo 3 in the Philippines, a phone that promises “next level speed” thanks to its capable processor and fast charging. Specifically, the phone features a MediaTek Dimensity 8100 5G processor as well as 80W fast charging.

On top of this, the phone features a triple camera setup with a 50MP Sony IMX766 main camera, as well as a large 6.7-inch display with a 120Hz refresh rate.

Based on the specs sheet, the phone has enough premium features to rival even flagship phones, all while having a price tag that’s more affordable than a typical flagship. But is the phone worth getting over other premium smartphones? Here’s our realme GT Neo 3 review! 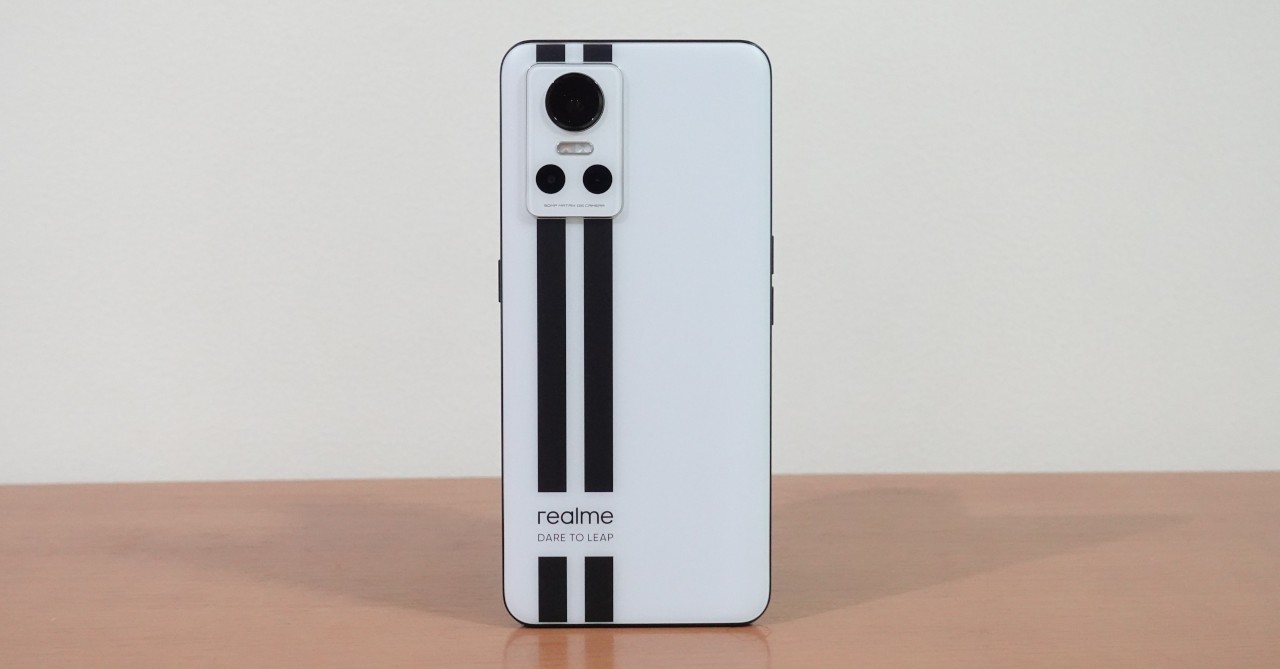 To start, let’s take a look at the phone’s design. In keeping with the speed theme, the GT Neo 3 features a unique design that’s inspired by racing car stripes. Personally, it reminds me of the iconic Shelby Cobra or the newer Shelby Mustang, especially in the Nitro Blue colorway, though what we have is the Nitro White color.

While some users may prefer a more typical shiny look or a phone with a gradient-colored back, as a fan of motor racing, I’m definitely loving this design, so much so that I wish that others phones get inspired by the GT Neo 3 in terms of looks.

What’s also great about the phone design-wise is that it has a matte finish. Thanks to this, the phone feels grippy even without a case, though there is a free case inside the box if you need extra protection. Plus, the finish means the phone is not a fingerprint magnet. 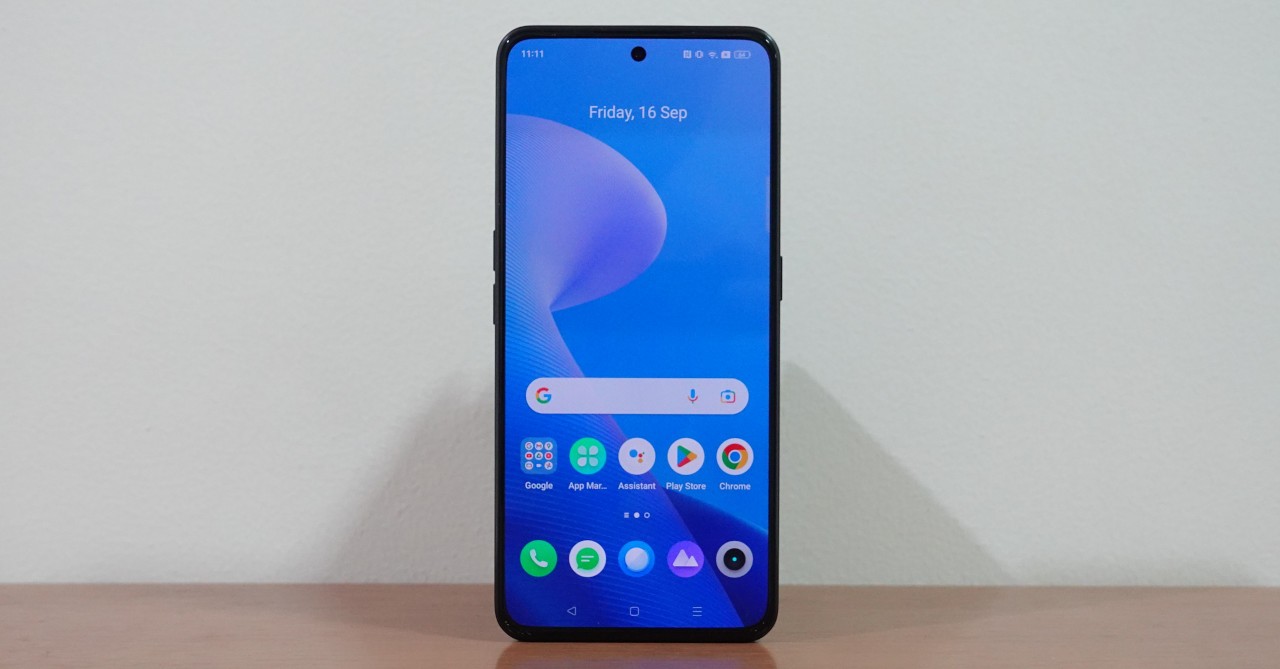 Moving to the front, you can see the GT Neo 3’s large 6.7-inch display with slim bezels and a small holepunch notch at the top. While I would’ve preferred to have the notch on the left side, I didn’t find the notch distracting at all in my time with it. Given how small it is, it’s barely noticeable in general use, or even when watching movies on full screen. 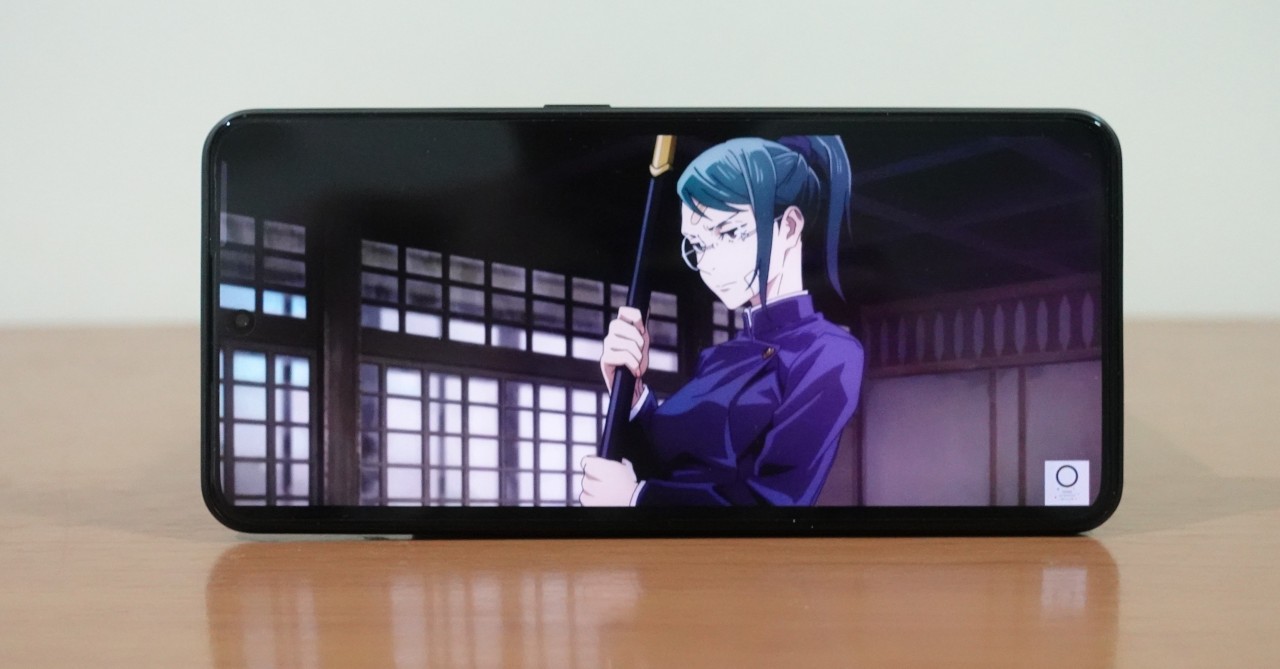 Speaking of movies, watching your favorite films and shows on the GT Neo 3 is a great experience thanks to the large 6.7-inch screen. This is because the phone has an AMOLED display, meaning colors are vibrant with deep blacks to boot. It also gets plenty bright. Given this, most users should be satisfied with the binge-watching experience of the phone.

As for audio quality, I was impressed with the onboard stereo speakers of the GT Neo 3. Aside from getting loud, the audio output is clear and of good quality; you can even hear bass notes when playing music or watching movies with big action scenes. In fact, you can have a good viewing experience with just the onboard speakers. This makes it nearly on par with other flagship phones when it comes to speaker quality.

Of course, the best experience will still be with headphones or external speakers. Though you will need wireless headphones or speakers as the phone lacks a 3.5mm headphone jack.

As mentioned above, the phone is powered by a MediaTek Dimensity 8100 processor, and it is paired with 8GB of RAM. Thanks to this configuration, the realme GT Neo 3 did not have any issues with gaming. 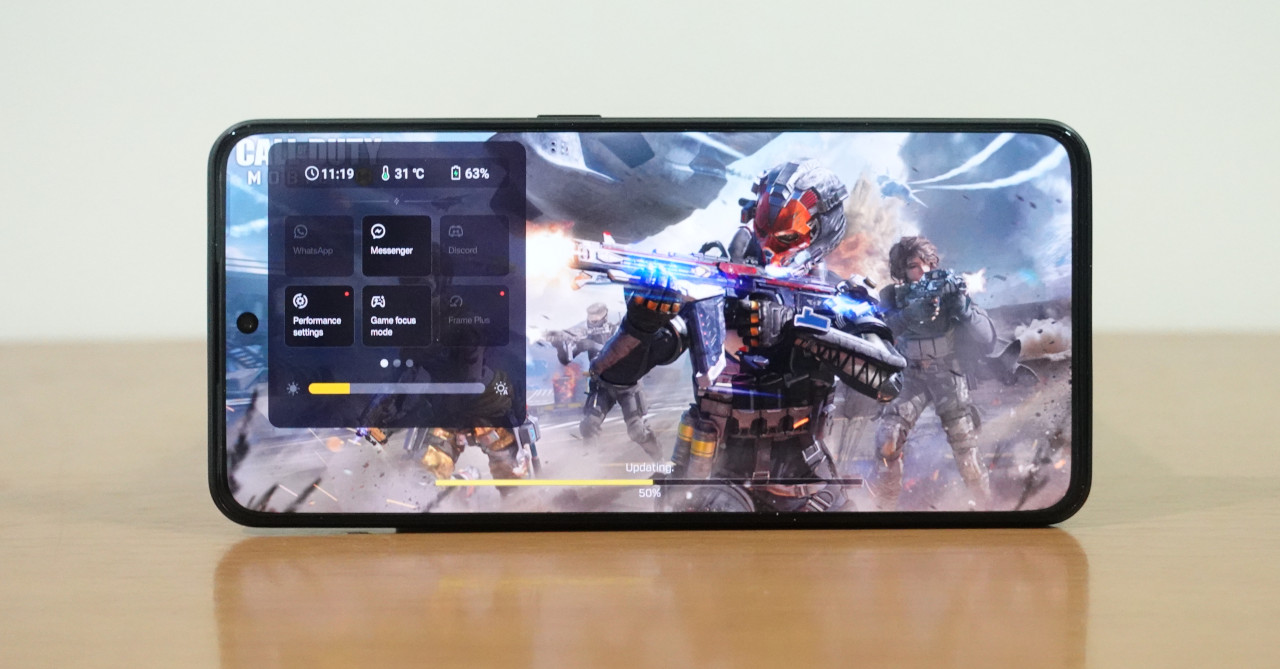 When playing less demanding titles like Mobile Legends, the phone can easily run them without getting hot and with no framerate drops, even at the higher graphics settings.

Meanwhile, more demanding games like Call of Duty: Mobile can run at higher settings smoothly as well. You can even run the most demanding games like Genshin Impact, though you may want to tweak the graphics settings a bit to get a smoother framerate. Plus, even in our time playing games on the phone, it did not get hot thanks to the solid cooling setup that realme packed the phone.

For gaming, we recommend turning on the GT Mode which can be found in the Battery settings to optimize the processor for extra gaming performance.

The 50MP main camera uses a Sony IMX766 flagship sensor. Thanks to this, images taken in daytime and indoors are of great quality with nice colors to boot. Even in overcast conditions, images turn out bright with lots of detail.

At night, the phone’s main camera also takes bright and vibrant photos when using Night Mode. The phone’s OIS feature also helps low-light photos turn out sharp and detailed. Though the colors of Night Mode shots can be a bit too vibrant for some.

Moving to the ultrawide, the phone’s 8MP camera can capture good quality photos, though the quality isn’t as high as flagships with better ultrawide cameras.

The 2MP macro camera performs as you would expect it to as it can capture good close-up photos when there’s a lot of light. Though the camera quality indoors isn’t as high.

The 2MP depth sensor helps a bit in creating good portraits. Plus, the front camera is capable of capturing nice selfies. Though you may want to play around with the beautification setting as it is set rather aggressively by default. 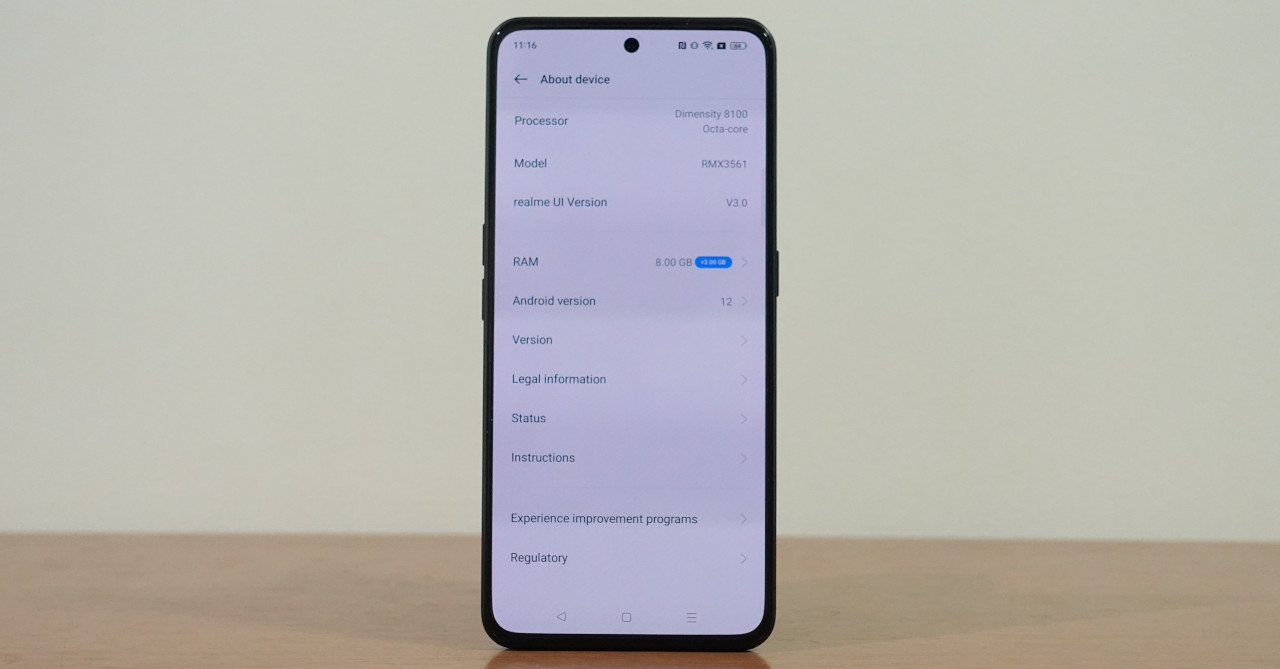 Given its great gaming performance, it’s no surprise that the GT Neo 3 is also a capable phone for everyday use. Whether you use it for browsing social media, checking emails, or even editing some short videos, the GT Neo 3 will not slow down at all. The 120Hz refresh rate display also helps it feel fast and snappy when scrolling through the menu and in apps.

The phone is also a solid daily partner with its reliable mobile and Bluetooth connectivity, coupled with its responsive under-display fingerprint scanner. Though it would’ve been nice if the phone had a microSD card slot. While 256GB is plenty, some folks may want a bit more storage. 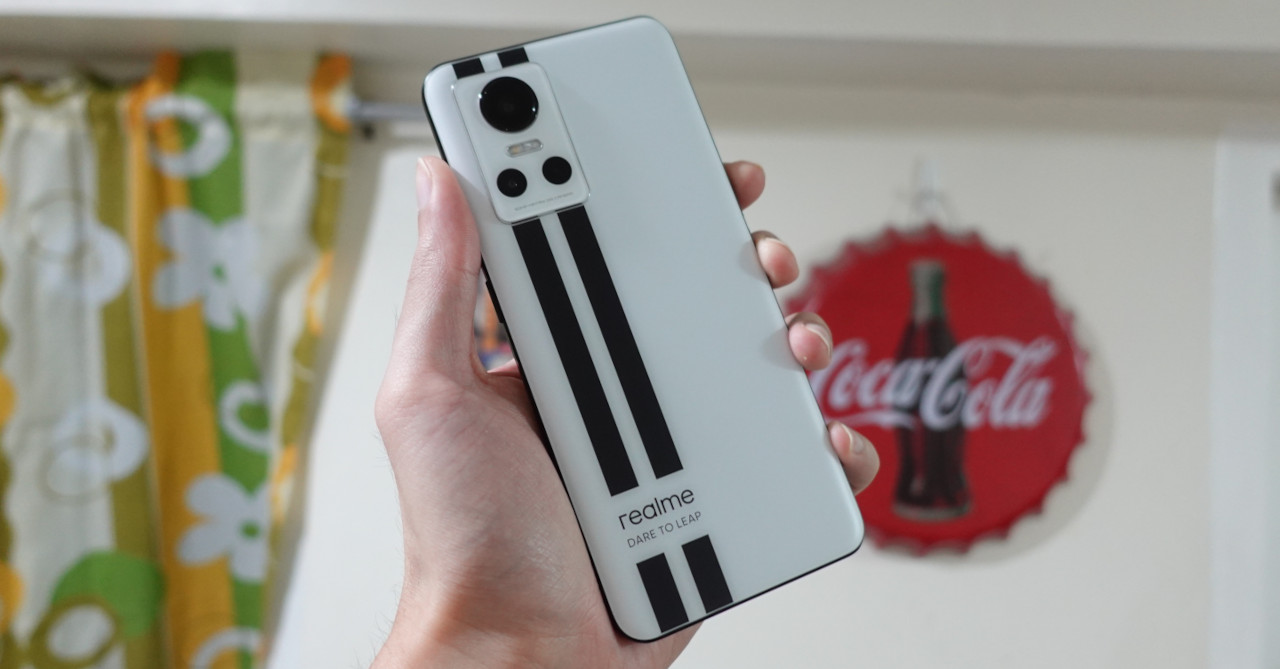 What we were satisfied with is the battery life. Thanks to the large 5,000mAh battery, the GT Neo 3 was able to last for a day of use on a single charge with ease. Even if you game for hours, you won’t need to look for an outlet ASAP.

If you do need to charge the phone, the GT Neo 3 comes with an 80W fast charger inside the box. Thanks to this, the phone can reach 100% in just over 30 minutes. This is an impressively fast charging speed that beats most other phones, even more expensive flagships. Given this, the GT Neo 3 is a great phone to have for users who prioritize battery life and charging. 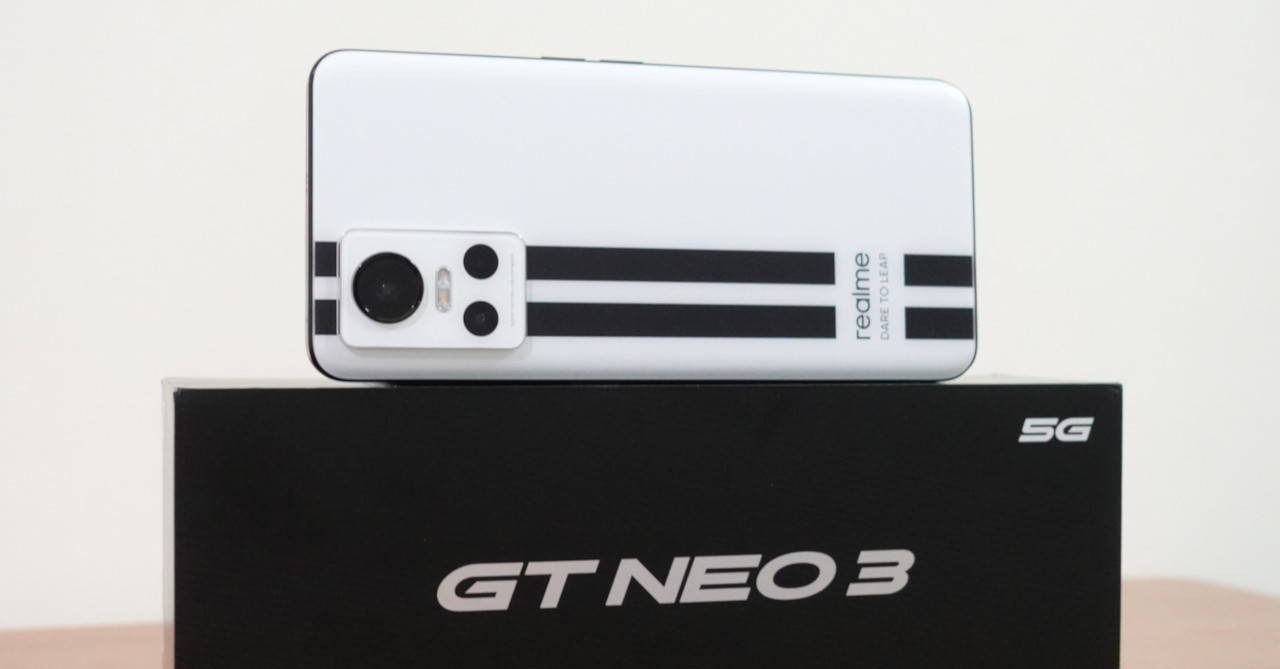 Overall, the GT Neo 3 is a phone that lives up to its “next level speed” promise. This is thanks to its high refresh rate AMOLED screen, powerful performance, and fast charging. On top of these, the phone’s cameras are also quite capable, plus the phone has distinct, racing-inspired looks that you won’t see in other phones.

So, is it worth the PHP 29,999 price tag? Well, if your priority is fast performance and great battery life and don’t need a more versatile camera setup, the realme GT Neo 3 is a worthy flagship alternative, especially as you won’t need to shell out PHP 50k or more to get it.