ONE OK ROCK links up with Sonic for an epic new song! 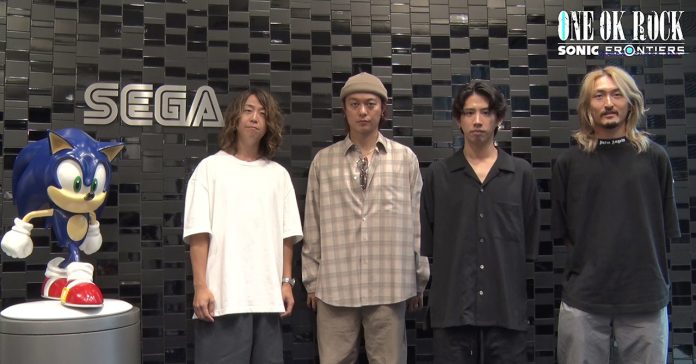 Aside from enjoying the first Sonic open-world game, you’ll also enjoy a banger of a track as Sonic Frontiers tapped Japanese rock band ONE OK ROCK to perform its ending theme song.

To mark the announcement, SEGA released a preview of the ending theme song, and we have to say, it’s one heck of a track!

Listen to it here:

Regarding the song, ONE OK ROCK’s Taka said:

We wanted to do this collaboration because we really resonated with Sonic, a Japanese franchise that is challenging itself in global waters. While ONE OK ROCK is currently touring the United States, we also perform all over the world, including Europe, Asia, and South America. So, we are really happy to be part of this collaboration!

The collab song, Vandalize, has a “high-velocity” vibe and Japanese-style melodies, all while retaining the signature ONE OK ROCK sound and feel. We think the song really matches Sonic’s cool image and captures the refreshing feeling of running at full speed. We hope you enjoy listening to Vandalize while zooming around in Sonic Frontiers.

In case you’re unfamiliar, ONE OK ROCK is one of Japan’s most popular rock bands. From their debut back in 2007, the band has captivated listeners from all over the world with their emo-rock songs.

As for the game, Sonic Frontiers is an upcoming open-world game that’s the first in the series.