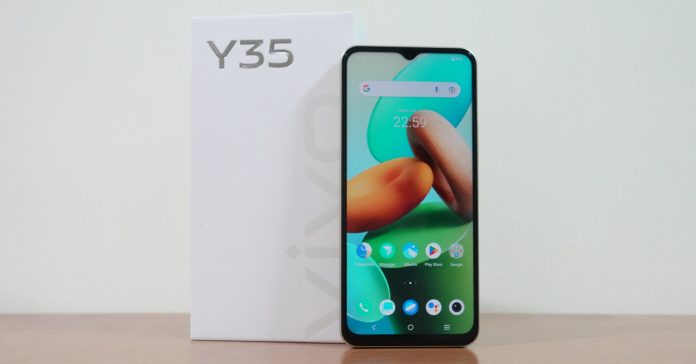 Recently, vivo launched the Y35 in the Philippines, a new affordable mid-range smartphone that’s billed as a fast phone in many ways. This includes fast performance, as well as quick charging, meaning it promises to be a reliable phone for daily use.

On top of these, the vivo Y35 packs other premium features, including an eye-catching design, a fast 90Hz refresh rate display, and a 50MP main camera in its triple rear camera setup.

Based on the specs sheet, the Y35 is a great smartphone, but that’s just on paper. But what about in actual use? Well, we explore just that here in our vivo Y35 full review, taking into account the phone’s real-world performance as well as its price in the Philippines. 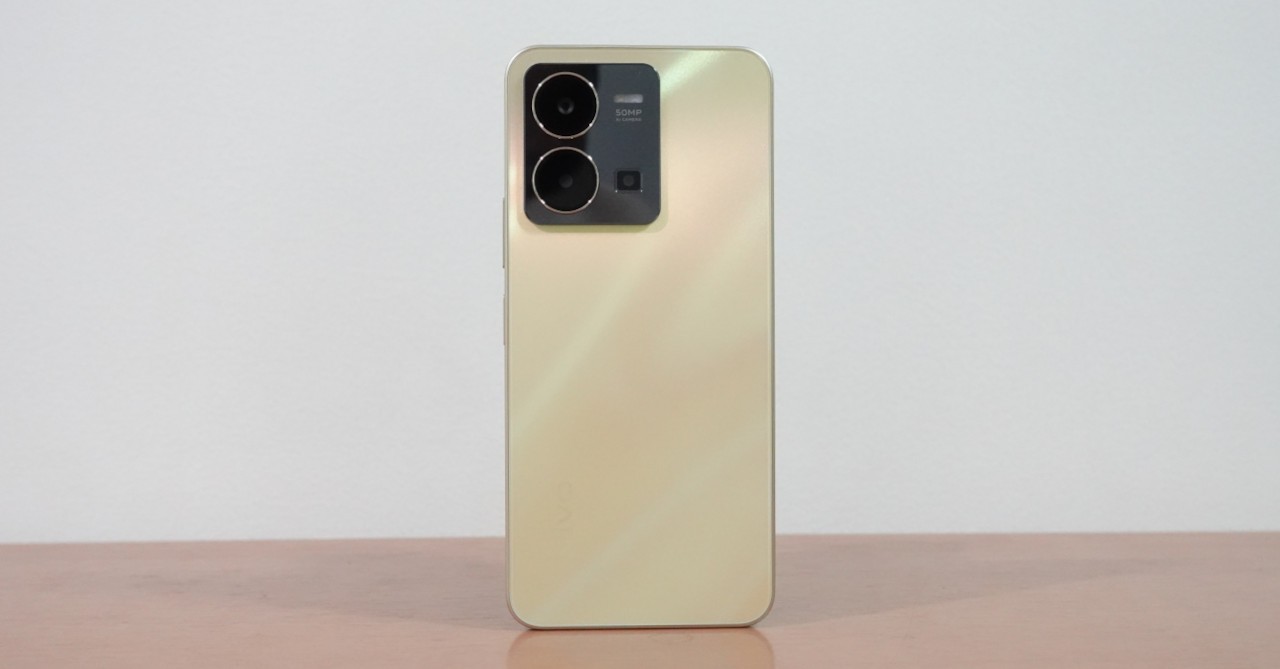 Unlike most phones in the mid-range which feature curved edges, the Y35 features flat edges, which is not only interesting to look at, but it also gives the phone a nice grip. It’s kind of reminiscent of iPhones in a sense, so it’s great for those who like the aesthetic of Apple devices without spending a ton.

Adding to the iPhone-style look is the triple rear camera setup which features a large square module with two big round cameras on the left side, with the smaller third camera on the bottom right of the module. On top of this, the phone has an eye-catching finish that’s shiny without being a fingerprint magnet. Great news, for those who like going caseless, though a case is included in the box for extra protection. 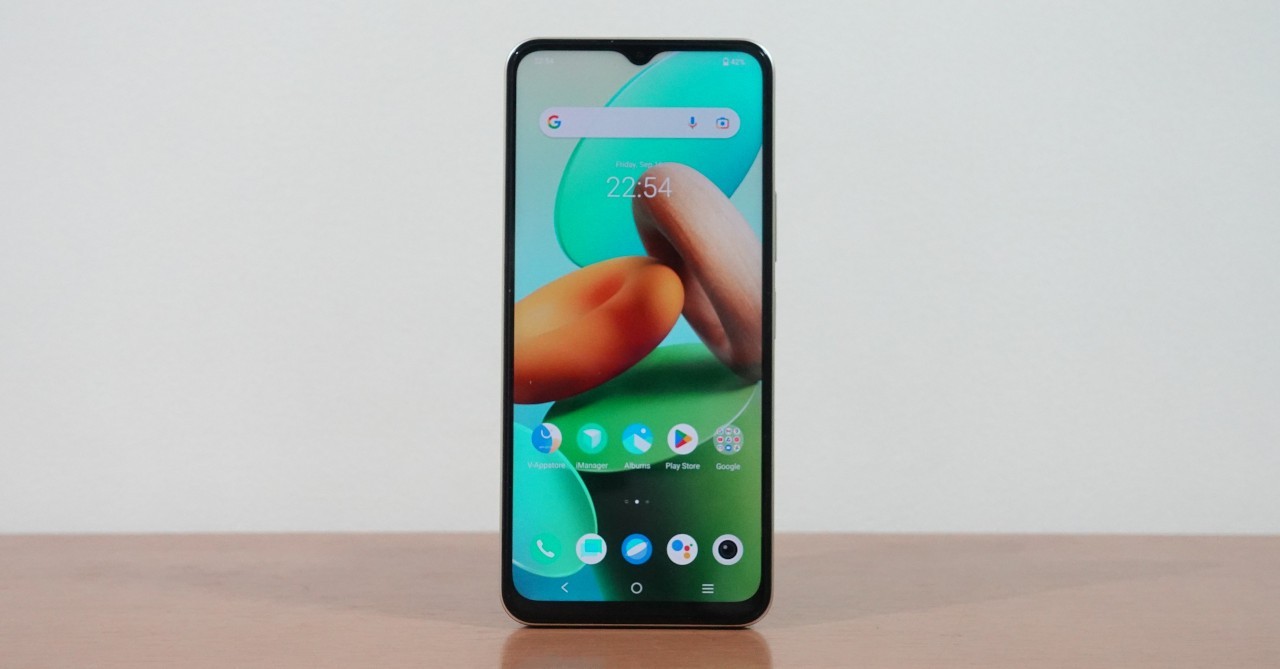 Moving to the front, the Y35 has a waterdrop notch at the top, while the display itself has slim side and bottom bezels. While a lot of phones today have holepunch notches (even mid-range phones), the waterdop notch shouldn’t be distracting for most people as it’s still fairly small overall. 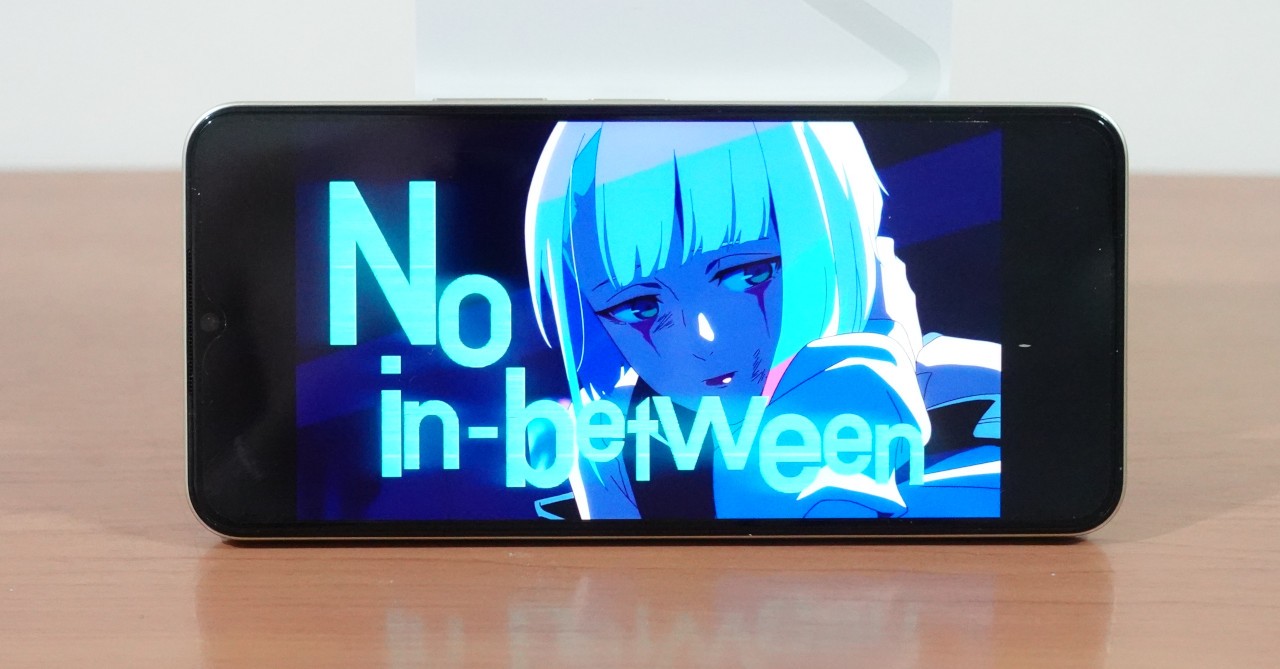 Speaking of the display, the Y35 has a 6.58-inch screen with a 20:9 aspect ratio, a 1080p resolution, and a 90Hz refresh rate. The display on the phone is great as the colors are great for an LCD display, making it a good partner for binge-watching your favorite movies and shows. Even if it’s not an AMOLED screen, the Y35’s display should satisfy most users who are in the market for a new mid-range phone.

As for its audio, the Y35 has a single bottom-firing speaker and a 3.5mm headphone jack. The phone, according to vivo, packs an updated Audio Booster which promises great audio. When watching movies/shows while using headphones via the 3.5mm jack, the Y35 was great (bonus points for not taking off the jack). Though when listening via the onboard speaker, the Y35’s audio gets pretty loud, but the audio can sound a bit tinny at higher volumes.

The vivo Y35 packs a Snapdragon 680 processor and 8GB of RAM plus 8GB of extended RAM. For gaming, the Snapdragon 680 isn’t the newest or most powerful processor out there, but it still has enough to run today’s popular games with ease.

When running popular titles such as Mobile Legends or Wild Rift, the Y35 has no issues playing these titles at the medium graphics setting. In my time with it, the Y35 kept a stable 60 frames per second even after playing multiple games. 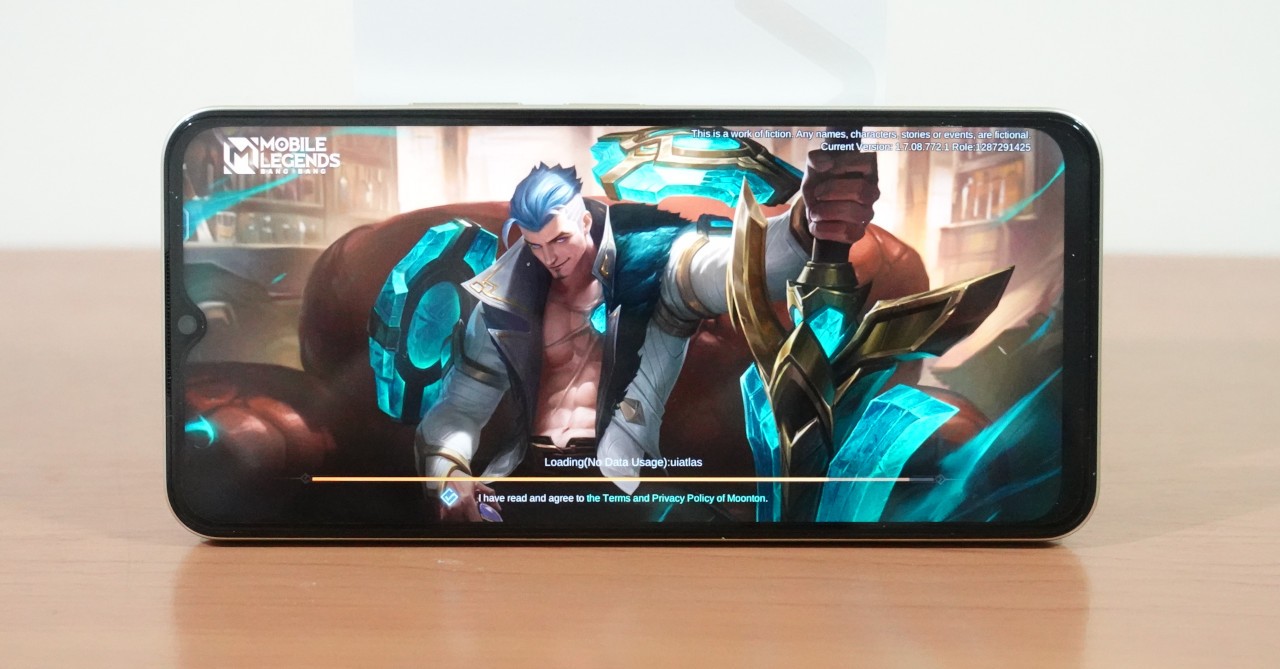 For games such as Call of Duty Mobile or Asphalt 9: Legends, the Y35 still had enough power to run them at the medium settings. You may want to play around with the graphics setting when playing more demanding games, but for the most part, the Y35 should have enough power for gaming.

The phone also packs a turbo feature, as well as a gaming mode with nifty features such as turning off notifications or calls while playing games. Plus, the phone did not get hot while I was playing during our review time.

For its cameras, the Y35 packs a 50MP main + 2MP macro + 2MP depth triple rear shooter, as well as a 16MP selfie camera. The 50MP main camera seems impressive on paper, but the thing to note is that the Y35 lacks an ultra-wide camera.

Its main camera does not disappoint with daytime shots. When taking images outdoors with tons of light, the 50MP shooter captures great photos with good colors and detail.

At night, the phone can also take quality images thanks to the Night Mode. With this mode, the main camera can take shots that are bright and with lots of detail.

Moving on to its 2MP macro camera, this shooter is able to take detailed close-up photos, as long as there’s a lot of light. Without much light, the macro camera photos are a bit grainy, but when outdoors, the results are nice enough.

The 2MP depth sensor also helps out a bit for portrait photos. And finally, the 16MP selfie camera can take nice selfies, though the beautification mode can be a bit too much. 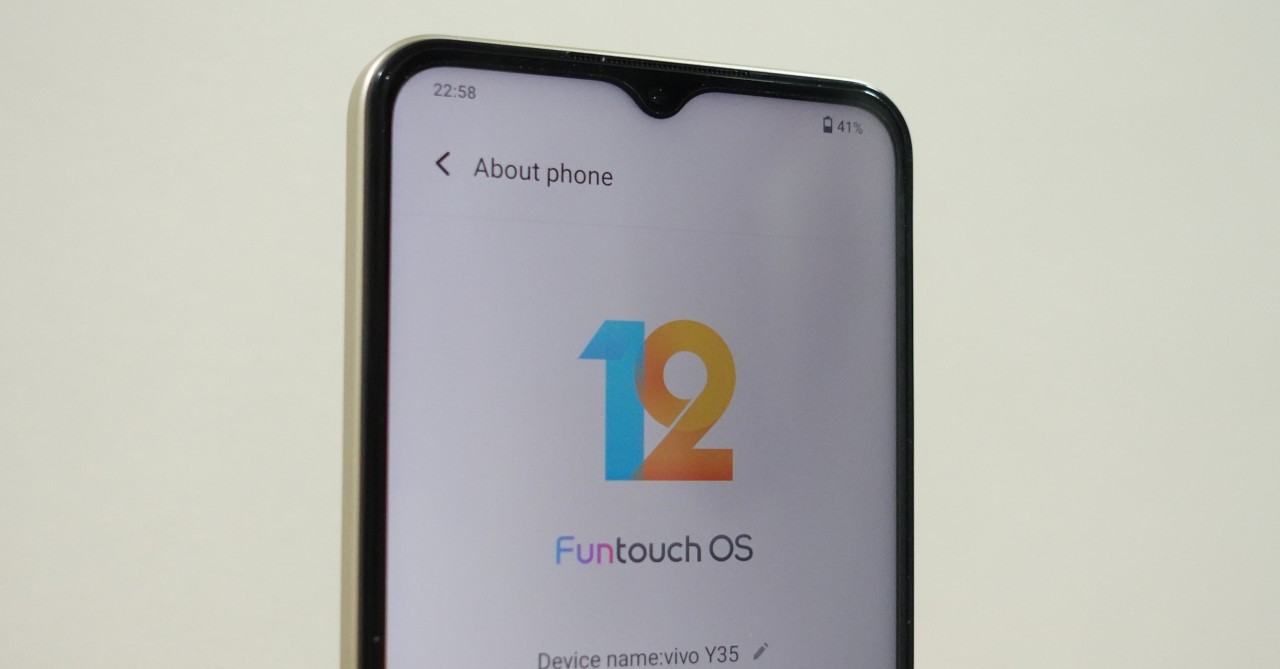 Aside from being a solid phone for gaming, the vivo Y35 is also reliable for everyday use. Thanks to the Snapdragon 680 processor and 8GB of RAM, the Y35 is fast and snappy when using typical apps like social media or emails. Scrolling through apps and the menu also feels fast thanks to the 90Hz refresh rate.

Also helping the phone be fast for daily use is the 8GB extended RAM feature. Basically, this feature on select vivo phones enables the phone to borrow RAM from the internal storage. This means if you need some extra RAM when using more demanding apps or having many apps open, the phone shouldn’t slow down. 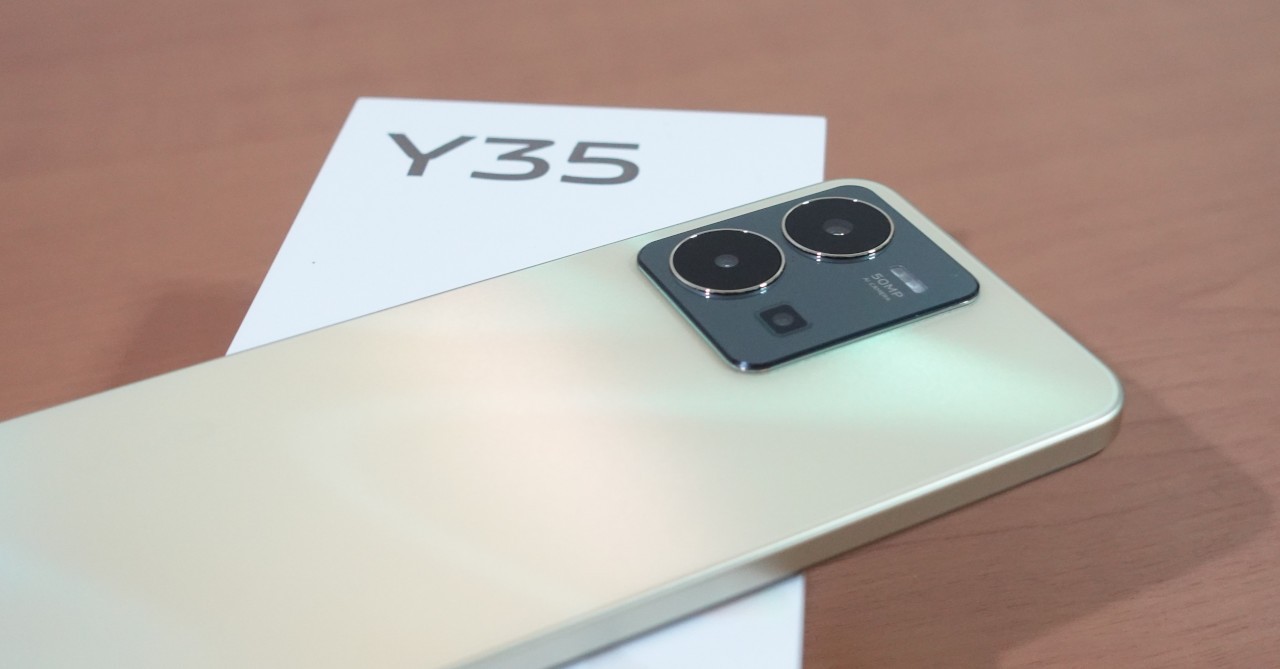 For its battery, the vivo Y35 packs a 5,000mAh battery, enabling it to easily last for a day of use. It can even last for a day and a half or even two if you use it lightly. And if you do need to charge, the Y35 supports 44W fast charging, meaning it can reach 70% in just a bit over 30 minutes. This means you don’t need to wait long for it to reach full charge. 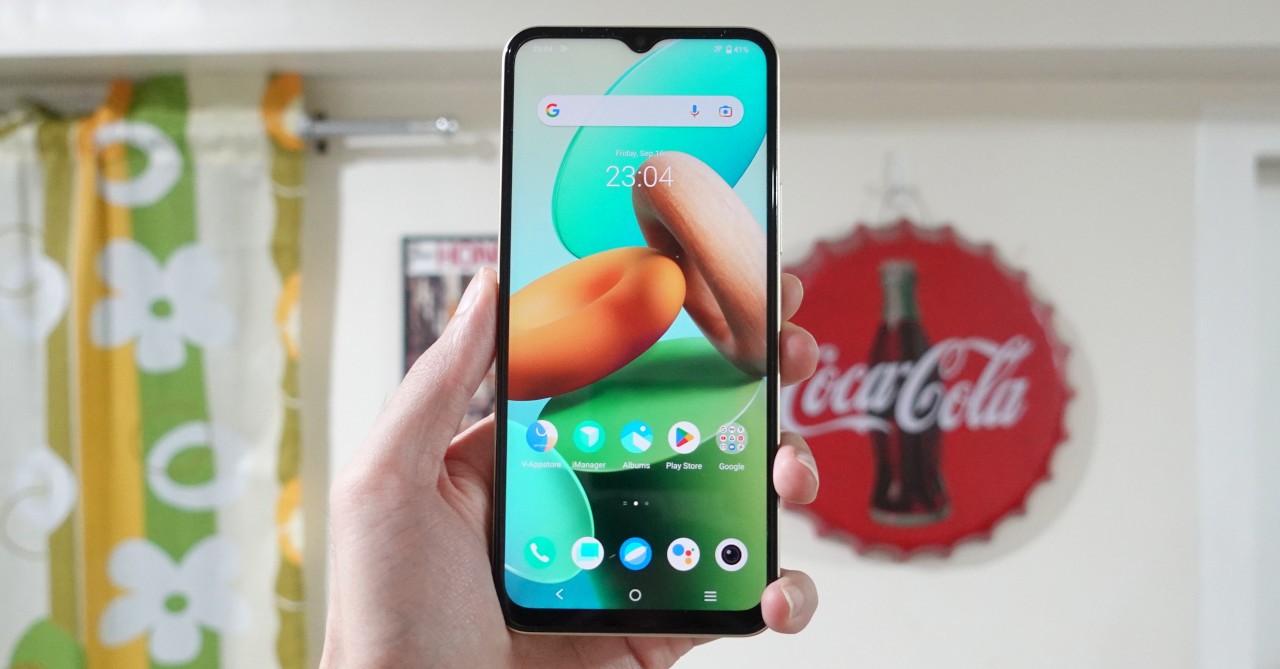 Thanks to its solid performance, good cameras, and great battery life, the vivo Y35 is an overall solid mid-range smartphone option. On top of these, the phone also has an eye-catching design as well as a nice display for watching movies and shows.

Now for its price. The Y35 has a PHP 14,999 price tag, and at this price point, the competition is heavy. There are lots of phones in this price bracket that are geared more toward gaming. But if your priority is great battery life, the vivo Y35 is still a good deal overall.

- Advertisement -
Previous articleBid for an Axgon Gaming Chair at the 1st Axgon Philippines Roadshow starting at PHP100
Next articleCheck out what’s new in Tower of Fantasy’s 1.5 Update