vivo Y35: The Mid-Ranger for your Fast-Paced Lifestyle

The vivo Y35 is powered by 44W Fast Charge and a speedy processor! 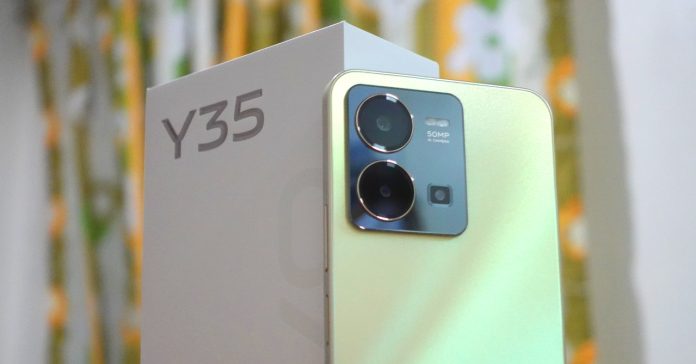 In today’s hectic and fast-paced lifestyle, it’s more important than ever to have a device that can keep up with your daily needs. Before, if you want a fast and snappy device, you would’ve had to look at getting flagship phones. Not anymore though as brands such as vivo have released speedy mid-range smartphones.

The latest in vivo’s lineup is the vivo Y35, a new smartphone that packs a speedy 44W fast charging capability that’s complemented by impressive hardware that makes the phone as quick as a flash.

So, if you’re on the lookout for a new mid-ranger that can keep up with your fast-paced lifestyle, here’s why the vivo Y35 is for you!

Charging in a Flash 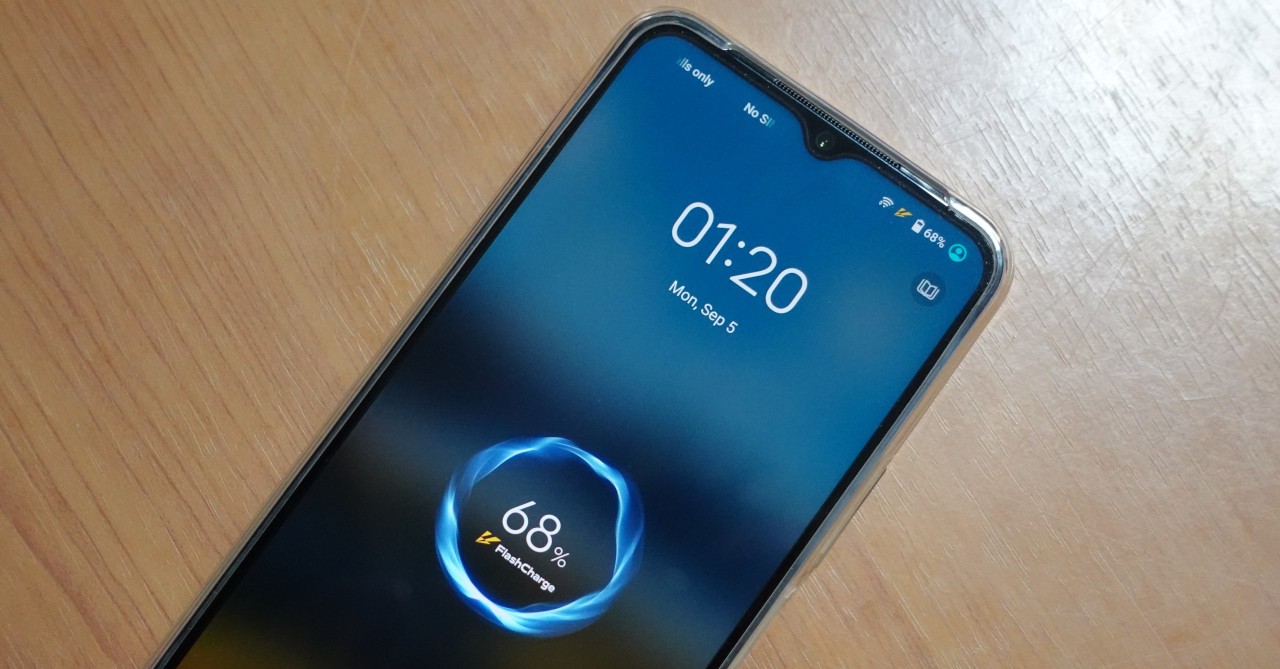 I don’t know about you, but there have been many times when I forgot to charge my phone before heading out. During these times, I had to conserve my phone’s battery so that it won’t run out of juice when I need it the most.

This won’t be an issue with the vivo Y35 though as it packs 44W fast charging. Thanks to this, the phone can reach up to 70% battery in just around 30 minutes. For example, if you forgot to charge the phone at night, you can simply plug the Y35 and get hours of usage while you get ready for work or school quickly.

Having fast charging is great and all, but it’s not ideal if the phone’s battery is small. Don’t worry though as the vivo Y35 features a large 5,000mAh battery.

Even if you just charge it for 30 minutes, the phone will have enough juice to last for a day of use when we tested it out. Your mileage may vary, but the fast charging and large battery combo mean this is a phone that you won’t have to worry about when it comes to running out of charge. 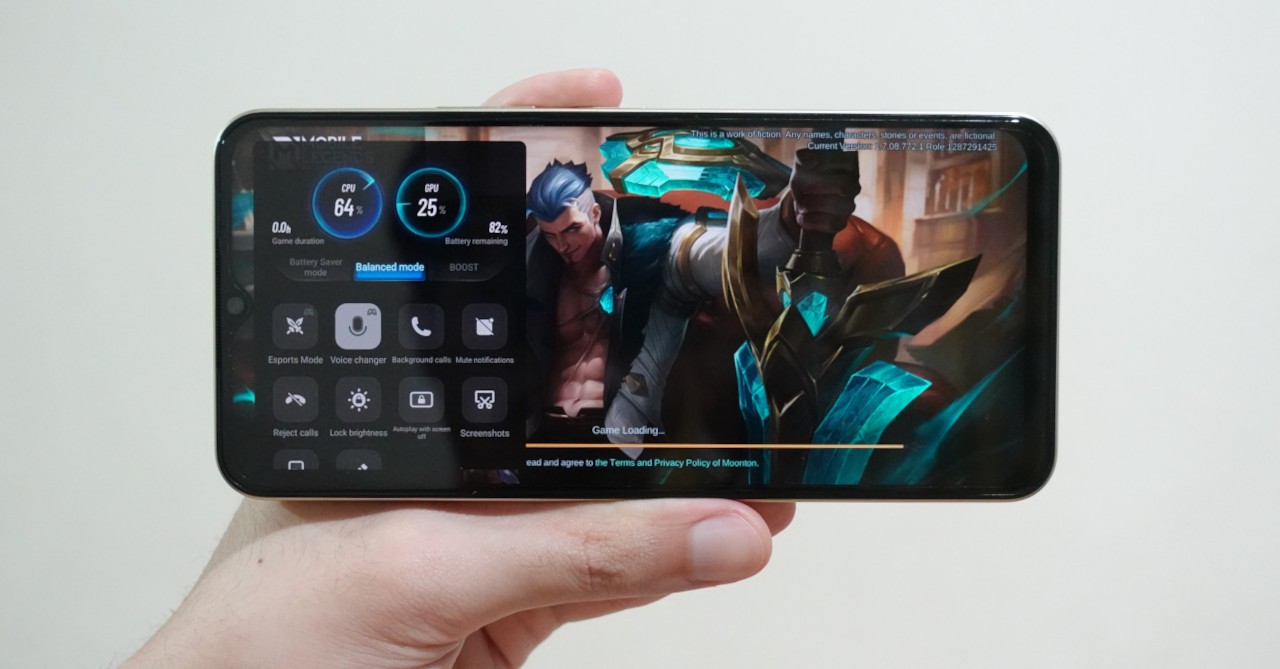 Charging is not the only thing that’s fast with this phone as it also features 8GB of RAM. Thanks to this, you won’t have to worry about the phone becoming slow when you need it the most. Whether you’re just scrolling through social media, or if you have an urgent email that you have to send ASAP, the vivo Y35 is fast enough for all your needs.

On top of this, the phone features 8GB of extended RAM. In case you’re unfamiliar, extended virtual RAM is a feature in the Y35 that lets the phone “borrow” RAM from the internal storage. This means the phone can get some extra memory from the storage in case you are multitasking with multiple heavy apps, all without seeing a decrease in speed. This feature is currently available only to vivo phones, giving vivo devices a big advantage over competing phones.

Speaking of storage, the Y35 has 256GB of internal storage, meaning you won’t need to fret about space. Though if you do need some extra space, the phone supports microSD card expansion up to 1TB!

And before we forget, the phone’s Snapdragon 680 processor is also a capable SoC for gaming, meaning you can play your favorite MOBAs and FPS titles with ease. To further boost gaming performance, the phone has vivo’s Multi-Turbo 5.5 to optimize power to increase smoothness while playing. While playing games, the boot is certainly welcome as, in my time playing games on the phone, the Y35 did not slow down or drop frames.

Even the Screen is Fast! 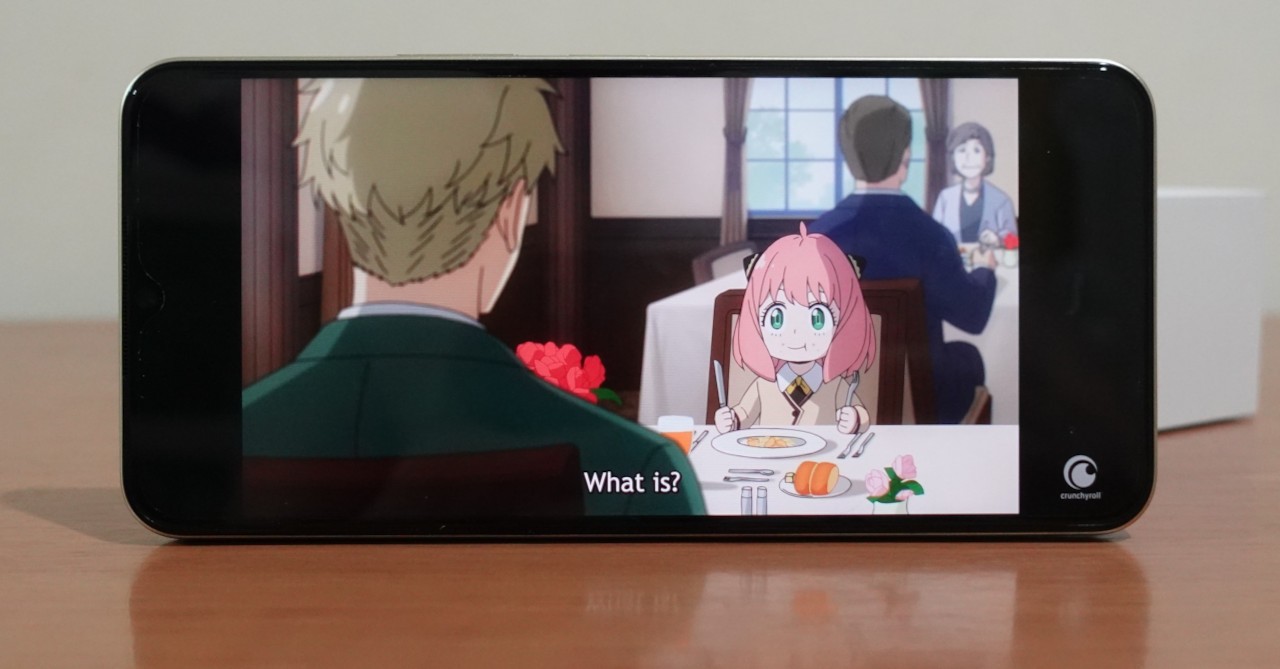 The charging and performance aren’t the only things fast about this phone though. The Y35 also packs a fast display. Specifically, it has a 6.58-inch FHD+ display with a quick 90Hz refresh rate, giving you a fast and fluid experience when using apps and scrolling through menus, all without sacrificing resolution and color output.

To complement the screen, vivo packed the Y35 with an updated Audio Booster to make the phone’s sound quality even better. This is great if you love watching movies and shows while on the go as I do. While using the phone to catch up on my favorite shows, its video output was great and I was immersed in what I was watching. 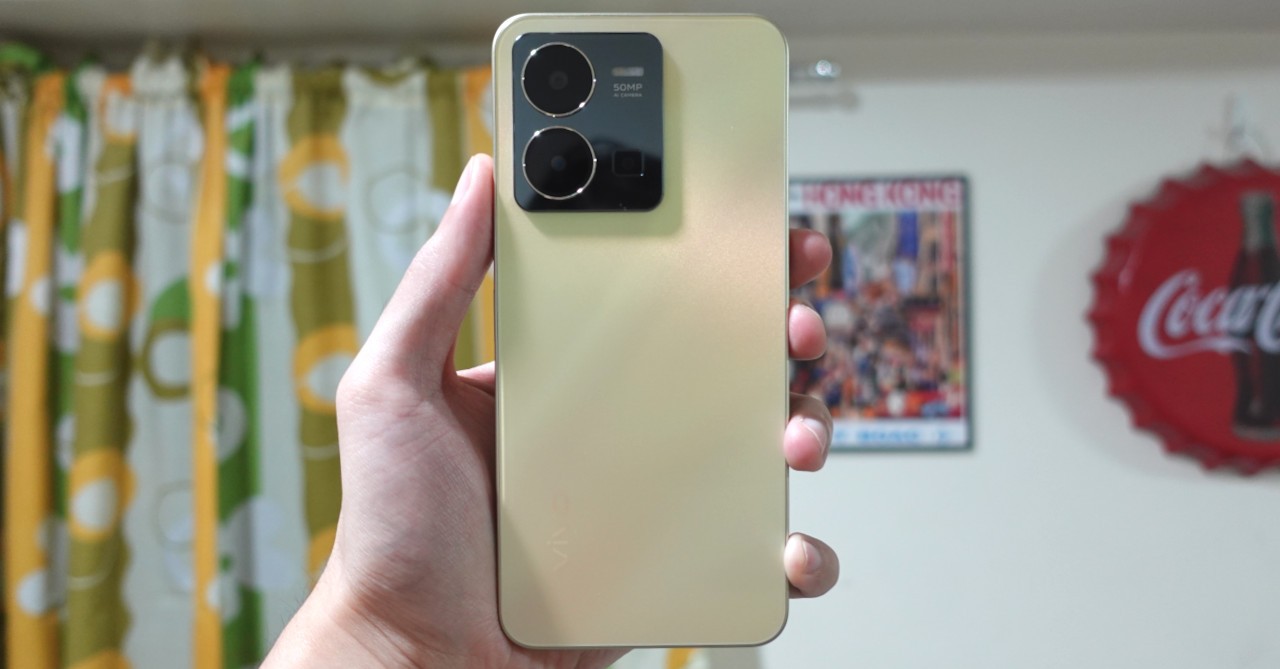 Looks aren’t everything when it comes to a phone, but vivo didn’t skimp out on the design of this new mid-ranger.

The new Y35 features a unique finish that’s sleek and eye-catching. It also comes in two trendy colors: Dawn Gold for users who want something to stand out and Agate Black for those who prefer something a bit lower profile.

Whichever colorway you choose, the Y35 has a 2.5D curvature that’s made not only to make it look good but also to feel comfortable when in hand. On top of this, the phone’s finish is resistant to scratches and fingerprints, meaning you can go caseless if you want to show off its looks. But if you want more protection, the phone does come with a clear case for free inside the box. 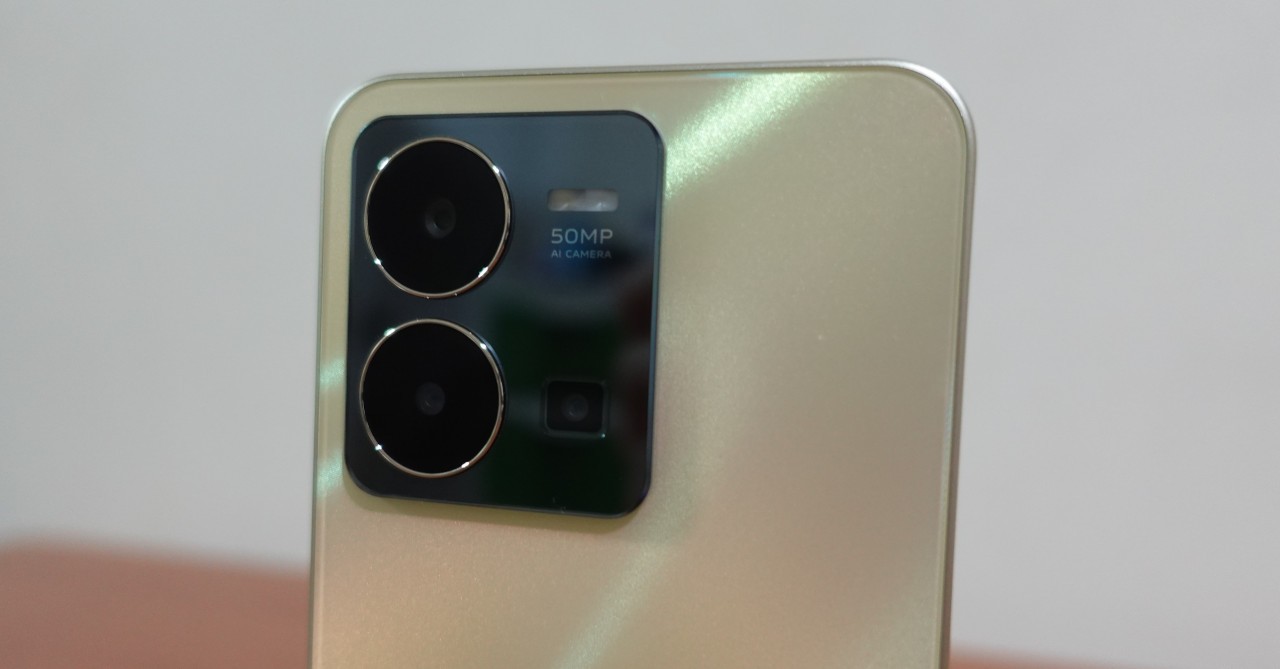 A phone is great to have if you need to take photos in a flash, and in this regard, the Y35 won’t disappoint. Inside its eye-catching camera module is a 50MP main camera that can take great photos in the daytime.

It can also capture nice shots in low light thanks to the camera app’s Night Mode making it a Super Night Camera.

Here are a couple of sample shots:

Complementing the main 50MP shooter is a 2MP macro and a 2MP depth sensor. The macro shooter gives you creative shooting options while the depth sensor is nice for portrait photos.

The 50M main shooter is also a capable video partner. Even if you move fast while taking videos, the phone won’t have any issues thanks to its Rear Camera Video EIS. Thanks to this, videos will turn out steady, whether you’re walking, running, or even while on a bike.

Finally, the phone packs a 16MP shooter for some nice selfies that are social media read right after you take a quick snap.

Thanks to the good main camera setup and selfie shooter, I found the phone to be a reliable partner for taking photos, especially as someone who likes taking snaps of landscapes and other random stuff throughout the day. Plus, the phone’s video capabilities are also great in my experience, enough to make it a nice option for people who want to try out vlogging or content creation. 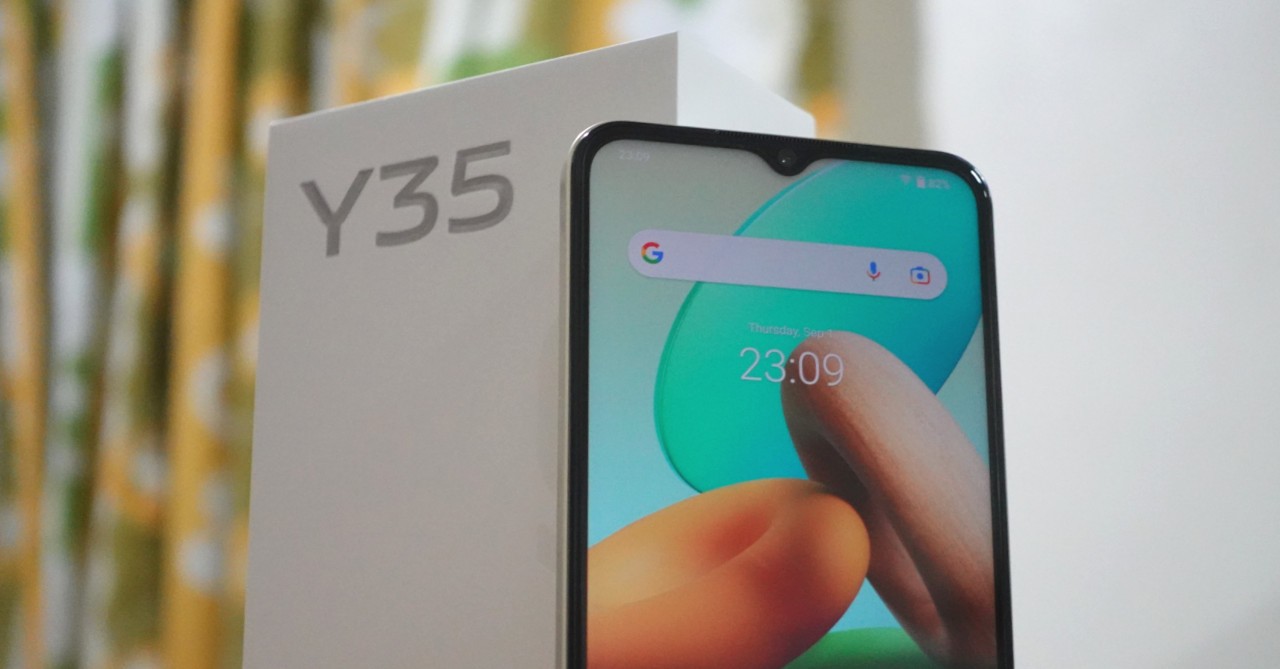 Thanks to its features, the vivo Y35 is no doubt a phone that could more than keep up with your fast-paced lifestyle, making it the phone for you. And the best part is, it comes with a price tag that won’t make your eyes water.

The vivo Y35 is available in the Philippines for only PHP 14,999, and it is available online now via vivo’s e-store, Lazada, Shopee, and TikTok shop:

Each purchase of the phone online comes with a free DITO SIM card as well as a pair of TWS VOGUARD earbuds. Take note that these freebies are available only while stocks last, so you better get one ASAP!

Meanwhile, the phone will be available in vivo concept stores and kiosks nationwide starting September 10, 2022.