These new motherboards from ASUS are designed for AMD's latest Ryzen 7000 processors. 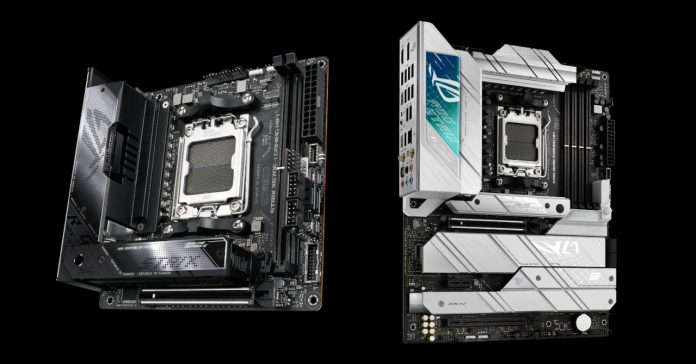 ASUS recently announced the pricing and availability of its new AMD X670 motherboards in the Philippines following their recent reveal.

In case you missed it, these motherboards were revealed shortly after the unveiling of AMD’s latest generation Ryzen 7000 series processors that promise even better performance, as well as support for the latest DDR5 and PCIe 5.0 connectivity.

The ASUS X670E and X670 motherboard lineup includes the ROG Crosshair series for uncompromising gaming performance, the ROG Strix for a balance of performance and price, and the TUF Gaming lineup for long-lasting yet fairly affordable gaming chipsets. Along with these gaming models, ASUS also has the ProArt X670E-Creator WiFi which is designed for content creators, and the value-focused Prime motherboard line for budget-conscious PC builders.

ASUS AMD X670 motherboards will be available in the Philippines starting this month, October 2022. Their pries are as follows:

For more info on these new motherboards, visit the official website.