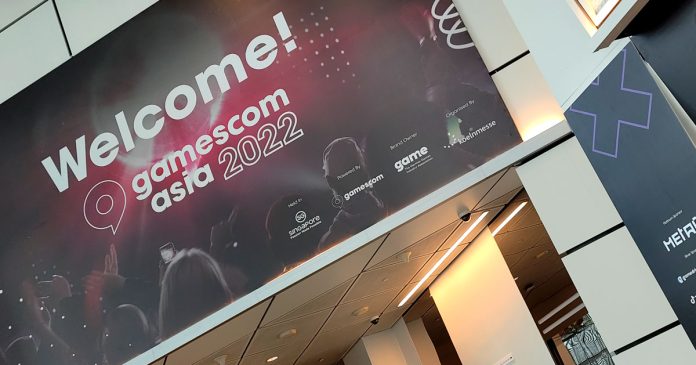 The most anticipated Video Gaming conference in Singapore finally opened its doors to the public last Oct 20, 2022. Gamescom, the most important trade fair for Interactive Games and Entertainment in Europe, was suppose to open its first SEA event last 2020. But with the pandemic derailing its public launch (as with anything else during that time), the trade conference got pushed back until it finally opened this year. While it would have been better if the event were open for the general consumers and gaming fans, this trade conference still managed to tackle important industry concerns, particularly for the SEA region, and connect local, regional, and international developers, publishers, suppliers, and possible investors together. 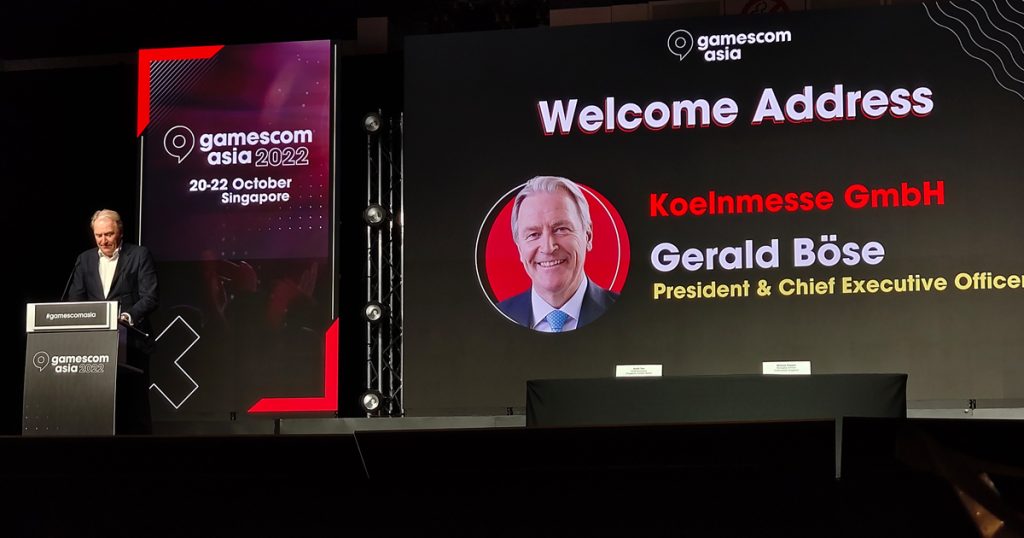 Mr. Gerald Boese, Global President & CEO of Koelnmesse GmbH (the organizing party of Gamescom), confidently declared that they are back! After 2 years of lockdown and tight measures on events and exhibits, both Gamescom Germany and Gamescom Asia went up live this 2022. 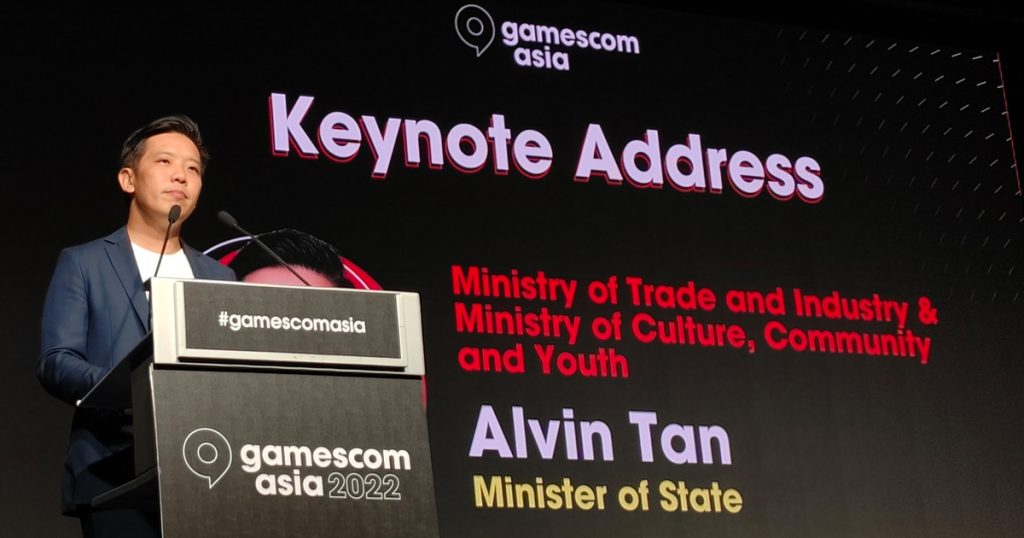 Minister of State for Singapore’s Ministry of Trade and Industry as well as Ministry of Culture, Community and Youth, Mr. Alvin Tan, talked about how Singapore has always been primed for world-class entertainment. He points out to the recently concluded F1 Grand Prix as one of the examples, and, particularly for gaming, Valve chose Singapore as the venue for the first ever DOTA 2 TI to be held in this part of the world.

Perhaps the first big treat of the day came with the signing of the Memorandum of Understanding by Keith Tan, CEO of the Singapore Tourism Board, and Mathias Kuepper, Managing Director of Koelnmesse Pte Ltd. This signed document ensured that Gamescom Asia will be held in Singapore for the next 3 years. A welcome news, indeed, considering the prolonged delays because of the Pandemic. This only shows that trust of both brand and country towards nurturing the gaming community not just in Singapore but across the region as well. Who knows, hopefully by next year, the convention opens up to general gamers and the general public as well.

Key Trends & Challenges in Gaming Around the Region

Aside from these welcoming developments, Day 1 of Gamescom Asia gave some really insightful stories from various developers, content creators and suppliers of games and game intelligence. Key people from Blizzard, Wizards of the Coast, and other notable game devs and industry experts graced the stage. But it was the Regional Panel got our attention — and it’s not just because Hannah Donato of Secret 6 is part of the panel. 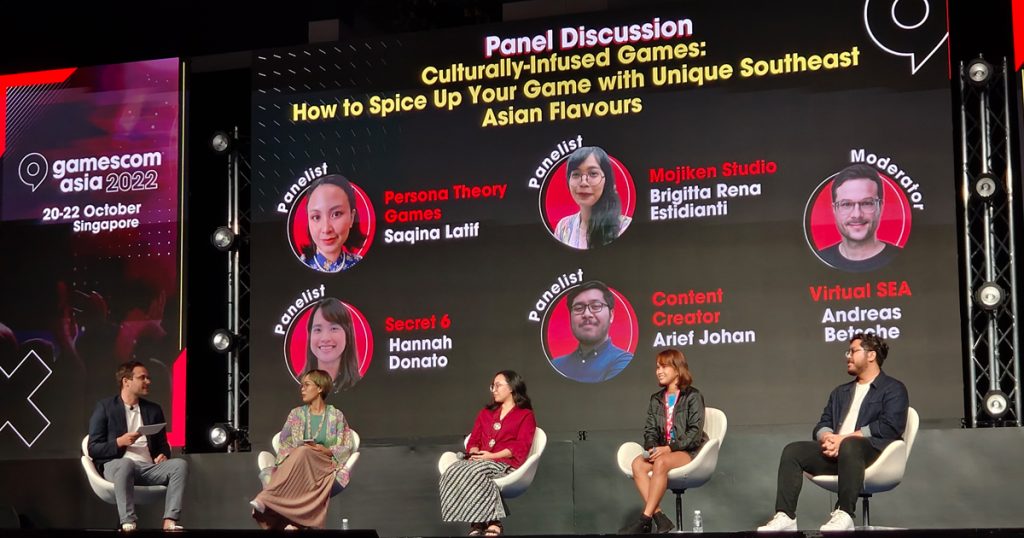 The challenges of crafting games that have local or regional flare has always been striking that balance of recognition, education, and global appeal. It’s interesting how various developers go about it. With Secret 6’s Project Xandata, Hannah shared how sometimes it can be as simple as crafting local references in various assets of a map –which may or may not be overtly obvious for non-Pinoy players, or something quirky that can be enjoyed by all regardless if you get the reference or not (i.e. Budots dance).

Web 3 and Tiktok Gaming – trendy or here to stay? 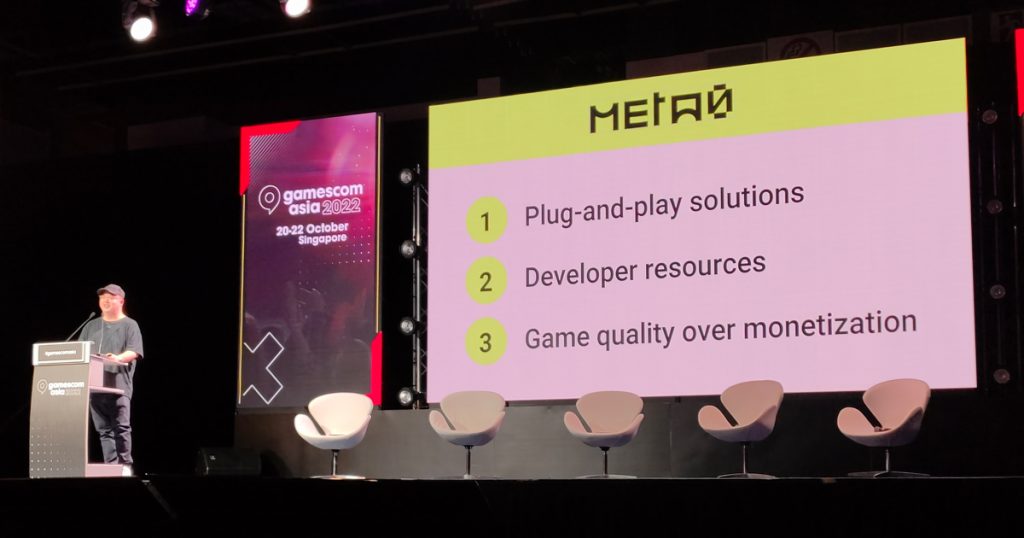 Like it or not, we’re going to have to talk about Web 3 Gaming as more and more companies are eyeing this as a new (and potentially sustainable) way to create and develop games. And while A LOT of people may have their reservations, it’s a technology that’s worth looking into just because various stakeholders have poured Billions to study, develop, and ensure the success of the platform. The question now is should gaming get in on it, and if it does, how should they approach it? Meta0 highlights 3 key areas of solution that may help either fast-track adoption rate or at least mitigate lingering paint point. 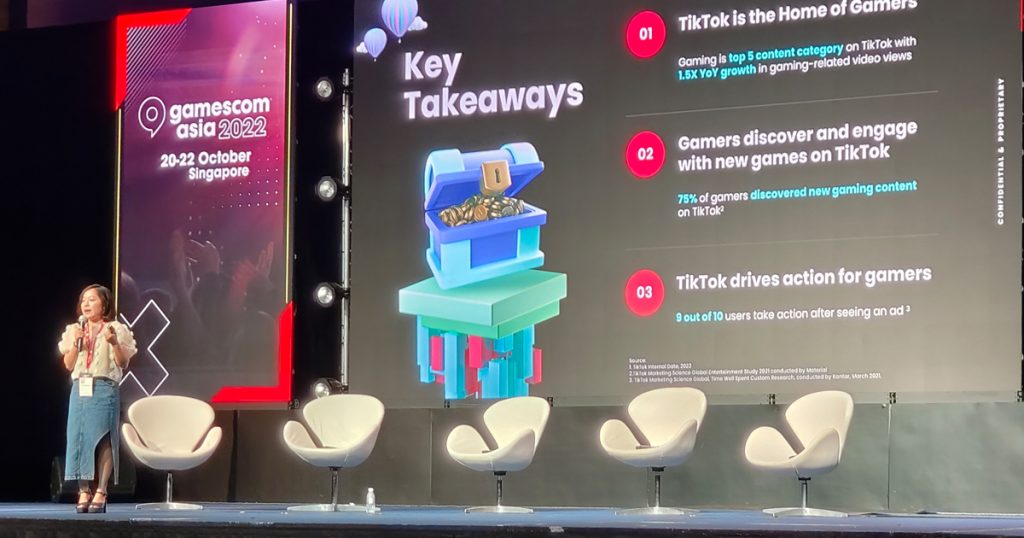 TikTok took the stage as well and ran through some of their findings when it comes to gaming and game content within the social platform. It’s interesting to note that gaming is part of the top 5 categories and how, according to them, 75% of gamers discovered new gaming content on TikTok.

And while people may feel that TikTok is a channel reserved for hypercasual to casual games only, TikTok revealed that their numbers say otherwise. They left it at that and asked people to meet with them during the conference days ahead. So we’ll try to get a word and keep this updated if that happens. Stay tuned.

Esports in the Region 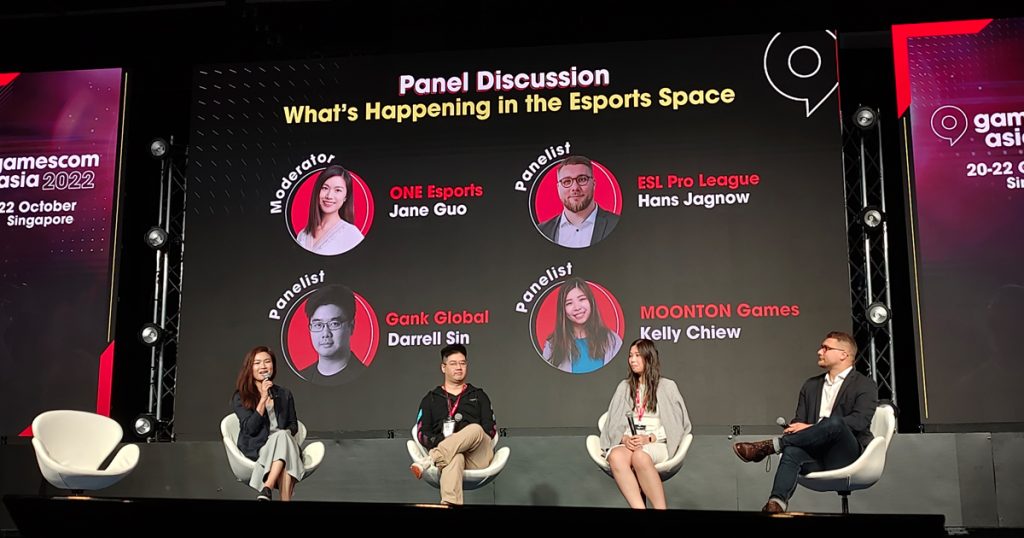 Lastly there was a huge esports panel that took place within the Trade Conference hall of Gamescom Asia involving ESL ONE, Gank Global, and Moonton Games. It was moderated by ONE Esports. While each panelist spoke about gaming and device preference, they all agreed that regardless of which game goes up, the essence of esports remains the same across all channels, demographics and game title. It’s now up to the developers and creative suppliers to help nurture that spirit and build solid, worthwhile communities that can last for generations to come.

There were more interesting talks that happened on Day 1, but we just had to check out the rest of the conference as well. Stay tuned to UnGeek for more stories on the ground at Gamescom Asia 2022!