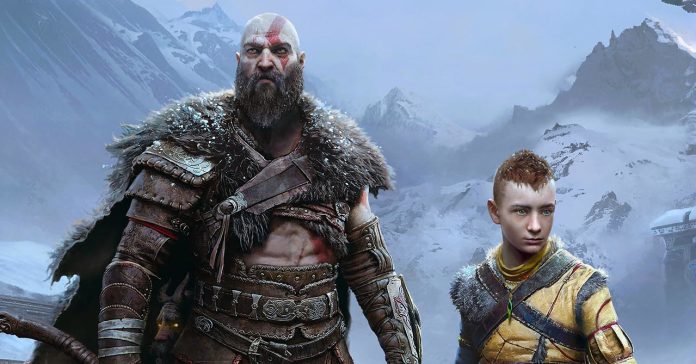 God of War Ragnarok is one of the most anticipated releases of 2022. The world will finally get to catch up with Kratos and Atreus, gaming’s most godlike father-and-son combo, on November 9. I know most of you can barely wait any longer.

To help with your excitement, the folks at Sony Santa Monica sent us an early copy of the final release in all of its glory and after going through a good chunk of the game already, I have some initial thoughts to share.

Get ready everyone, Ragnarok is coming and it’s shaping up to be one hell of an experience.

“Everything has changed, boy” 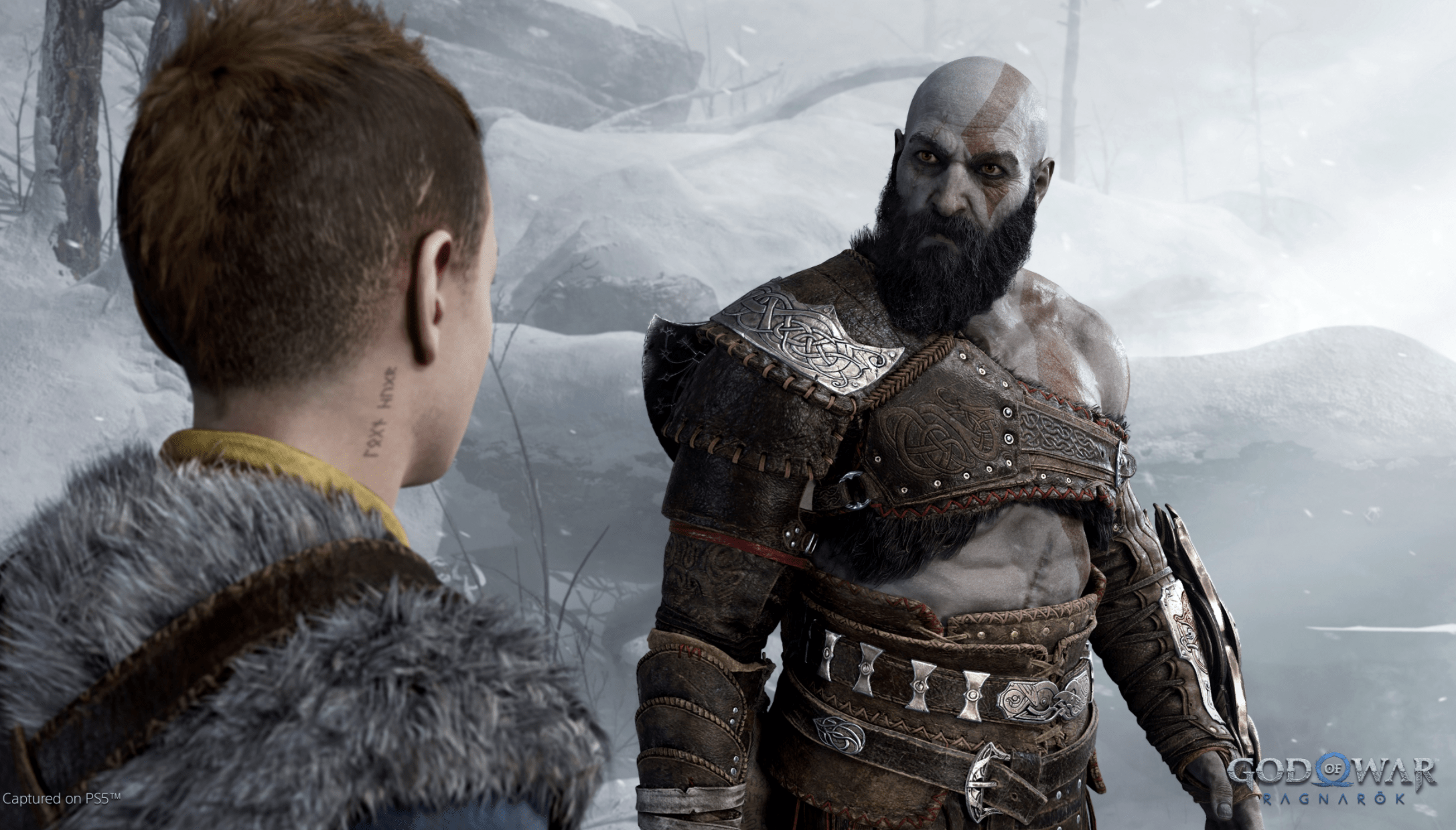 The game wastes no time introducing us to where our protagonists are since we last saw them. Kratos will now face his biggest challenge yet: raising a teenage boy.

Atreus is easily the most noticeable change. He was only 11 years old when we last saw him and given that Ragnarok takes place three years after God of War 2018, our favorite “boy” is no longer one. That comes with a massive growth spurt, “it’s not just a phase, dad” attitude, and a complete 180 turn of vocal range. I was both equally relieved and amused to find out that Sunny Suljic reprises his role as Atreus given how completely different he sounds this time.

As expected, the performances are some of the best the industry has to offer with the aforementioned Sunny as Astreus and Christopher Judge as Kratos leading the charge. The cast gives it their all as some returning personalities fall back into their roles with impressive grace and mastery. 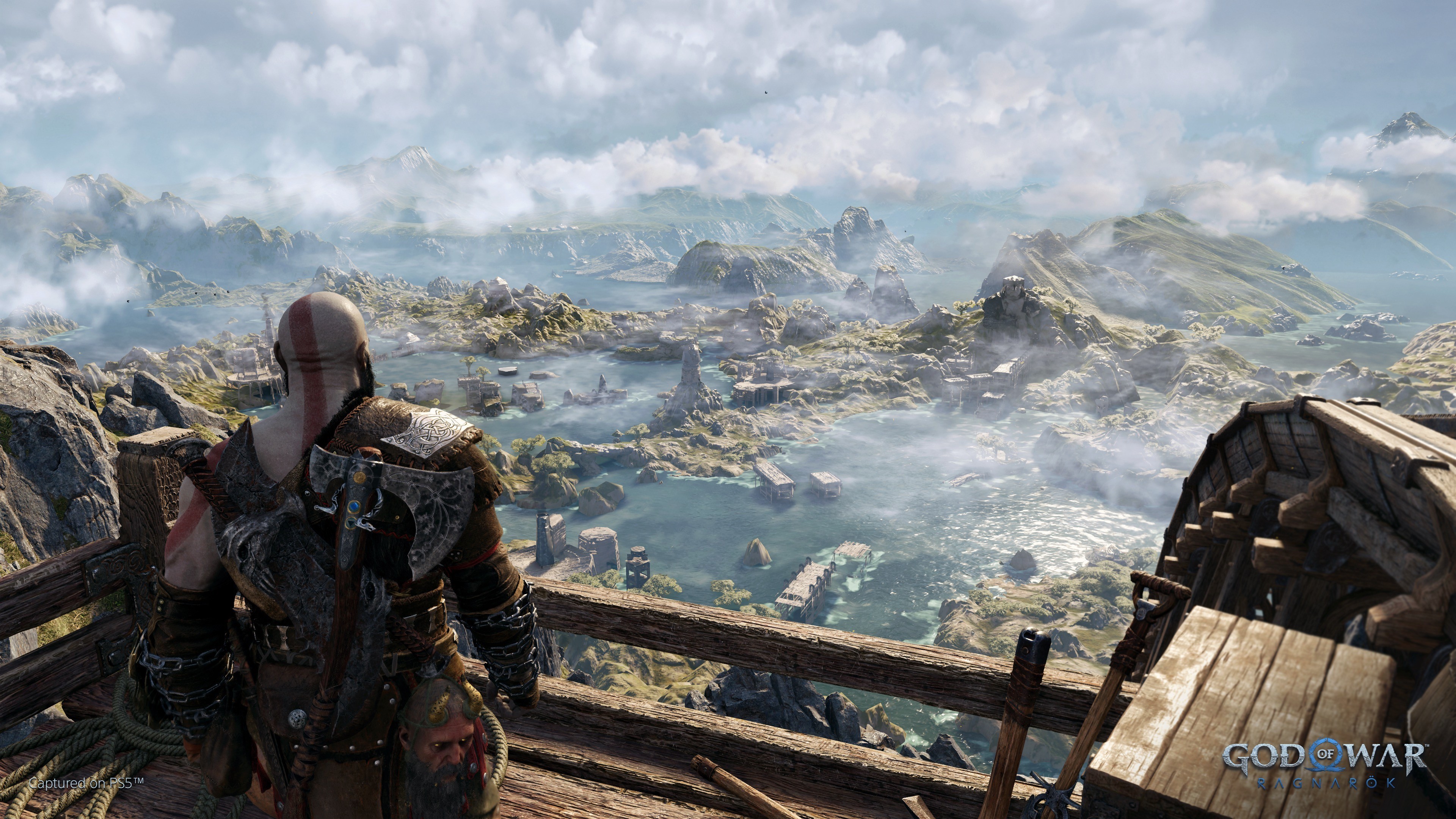 The writing is as sharp as ever with a surprising amount of humor more than usual. Don’t worry, it’s not as bad as how the MCU does it. They definitely use Kratos’ signature deadpan attitude to great effect.

In just the first few hours alone, each character has their own time to shine. Players of the previous entry in the franchise will be rewarded by seeing how each person has grown over the past three in-game years. I cannot emphasize enough just how special it was to see Kratos and Atreus again and compare their relationship from reluctant family members to who they are now in Ragnarok. I won’t be spoiling anything. You just have to experience it yourself. It’s absolutely fantastic.

The writers for Ragnarok definitely stepped up their game. It was already impressive how they were able to introduce ancient mythology to the mainstream audience back in 2018 and now for the sequel, which also doubles as the last entry into the Norse era of the franchise, all cards are on the table and they’re not holding anything back. Mimir, the resident exposition dumper and talking encyclopedia is as excellent as ever played by Alastair Neil Duncan. 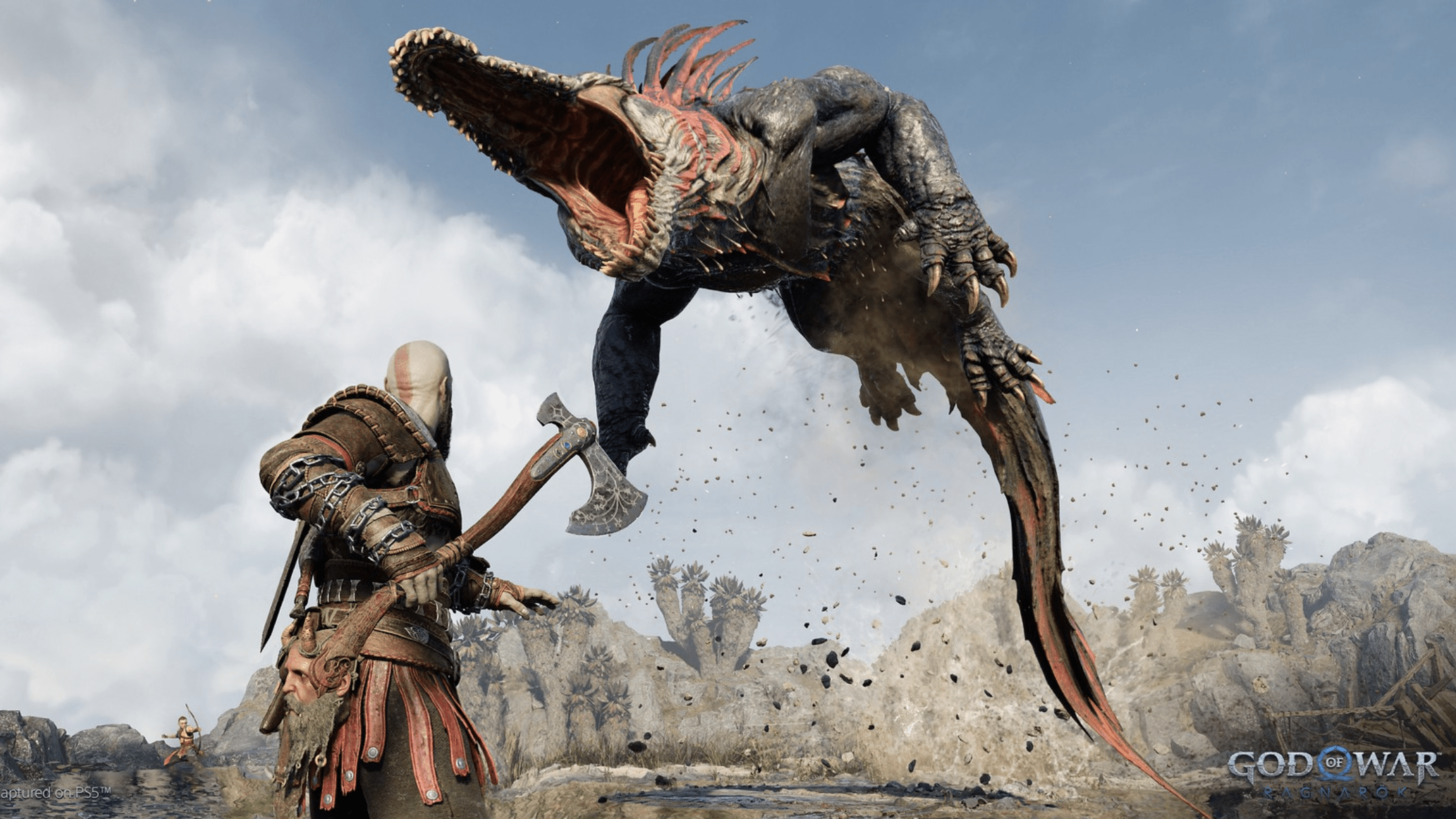 The fantastic combat system from 2018 makes a triumphant return for Ragnarok with some subtle improvements. For one, there’s already more enemy variety to be seen in the first few hours of the game compared to the troll-infested combat arenas of the previous title.

How great the combat systems feel extends beyond the screen as the DualSense 5 controller’s haptic feedback and adaptable triggers make you feel every hit.

The developers mentioned how they were excited to do more with the Blades of Chaos this time around since they’ll be usable from the very start of the game compared to the halfway mark like before. I can confirm: they’re still pretty badass with more utility use outside combat scenarios.

Both the Blades and the Leviathan Axe, as expected, look and feel amazing to use. The progression system rewards you for using special moves up until they increase in tiers. Once one reaches the gold tier, you have the option to increase its damage, stun, or elemental capabilities. It feels a bit more natural compared to just the typical skill point spending. Kratos and Atreus actually get better at something because they keep doing it and not because the game has given you enough XP to buy the improvement.

God of War Ragnarok is a technical and visual treat. If you thought Sony Santa Monica couldn’t step it up further from God of War 2018, you’re about to get your mind blown. What you’ve seen in the preview trailers? That’s just the very tip of the iceberg.

Facial animation, body movement, texture fidelity, visual effects, and cinematography are just a few of the striking improvements you’ll see with Ragnarok. You really feel like the developers took their time to refine everything. Making a sequel to one of the best games to ever come out of the 7th generation of consoles is a tall order and you can feel the passion with each frame on screen.

Of course, it’s not all perfect. I did encounter some very minor graphical bugs that are mostly blink-and-you’ll-miss-it types. My favorite has to be whenever Mimir’s head would sometimes erratically bounce around Kratos’ ass. There’s also an unintentionally hilarious animation whenever Kratos is inside a particular room where all he can do is a light jog. Also, a very rare bug from the 2018 release makes its comeback here where sometimes chests can’t be opened unless you reload a save file.

Regardless, God of War Ragnarok remains to be one of the most polished AAA releases I’ve experienced in a long time. I do also have to commend the developers for providing an extensive amount of accessibility options here. I spent a good chunk tinkering around with the settings before I could even load up the game. It’s a nice little detail that can easily be missed and yet, Sony Santa Monica dedicated time and effort to fleshing it out. 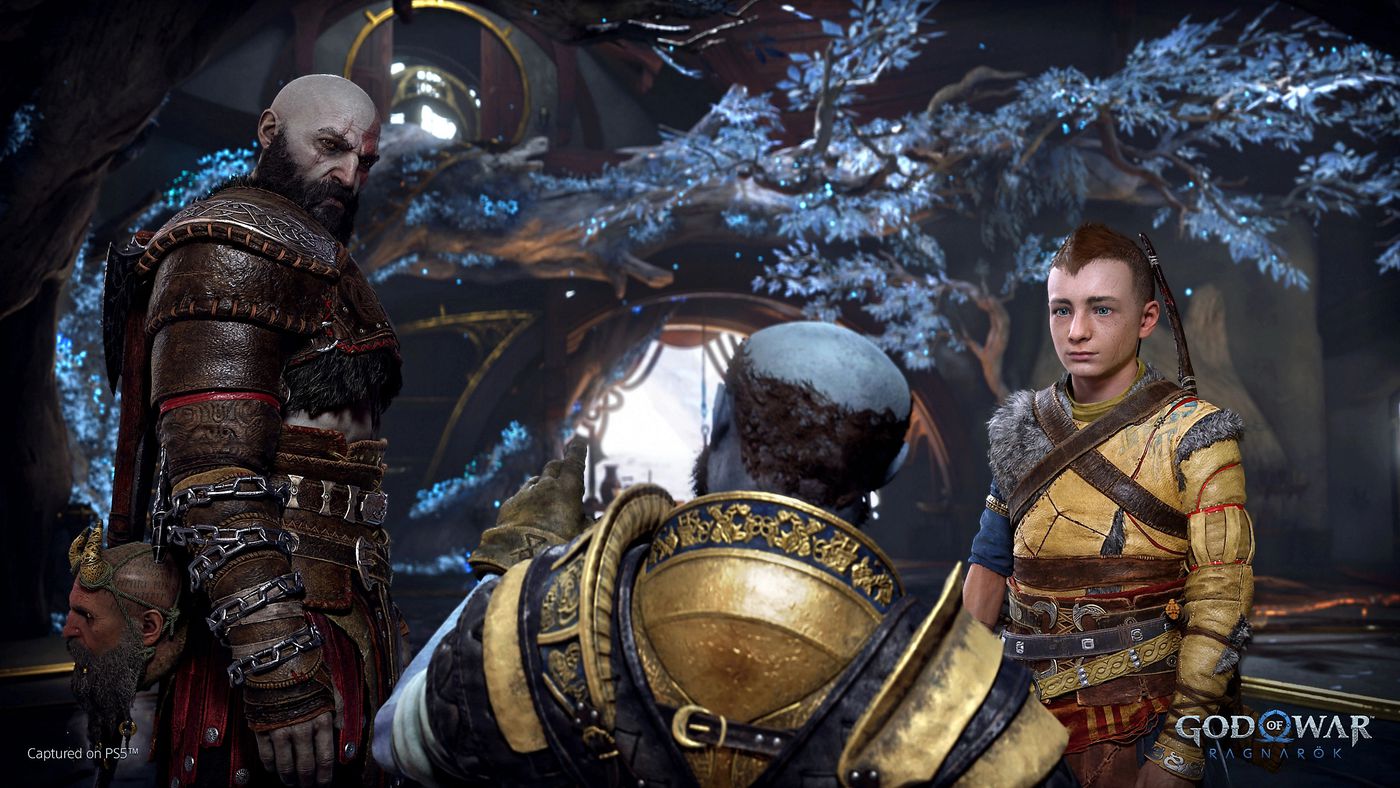 I wish I can tell you more, but all I want to do right now is to jump back in with Kratos and Atreus. So far, God of War Ragnarok is the sequel we’ve been waiting for. It’s finally here, it’s kick-ass, and even if I haven’t rolled credits, I can already tell that we got ourselves a special one.

Tune in on November 9 for the full review. But for now, I just want to reassure those of you who might be worried about a disappointing release. God of War Ragnarok is worth the wait and I’m so excited for each one of you to experience it yourselves.