This is shaping up to be a must-play for Like a Dragon series fans! 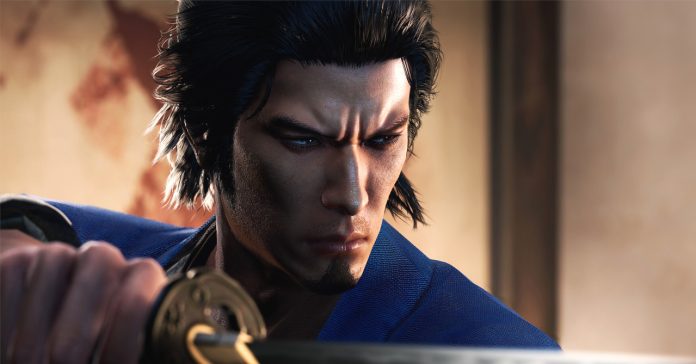 Like a Dragon: Ishin was announced by Ryu Ga Gotoku and SEGA during Tokyo Game Show 2022, and much like other Yakuza fans (or Like a Dragon fans since the series has officially changed its name), I was excited by this upcoming release.

While Japanese fans have been able to play Ishin since eight years ago, the game was a Japan-only release so fans outside the country had no way to play it; that is unless they can understand Japanese and bought a copy of the game.

With the Ishin remake that’s coming soon, international fans can finally play this interesting Like a Dragon spinoff, with better graphics and other enhancements. And before its release, I got a chance to try it out. Having played all the mainline Yakuza games plus the Judgment titles, I can safely say that I’m PUMPED for Ishin after getting to try a demo during Thailand Game Show 2022. 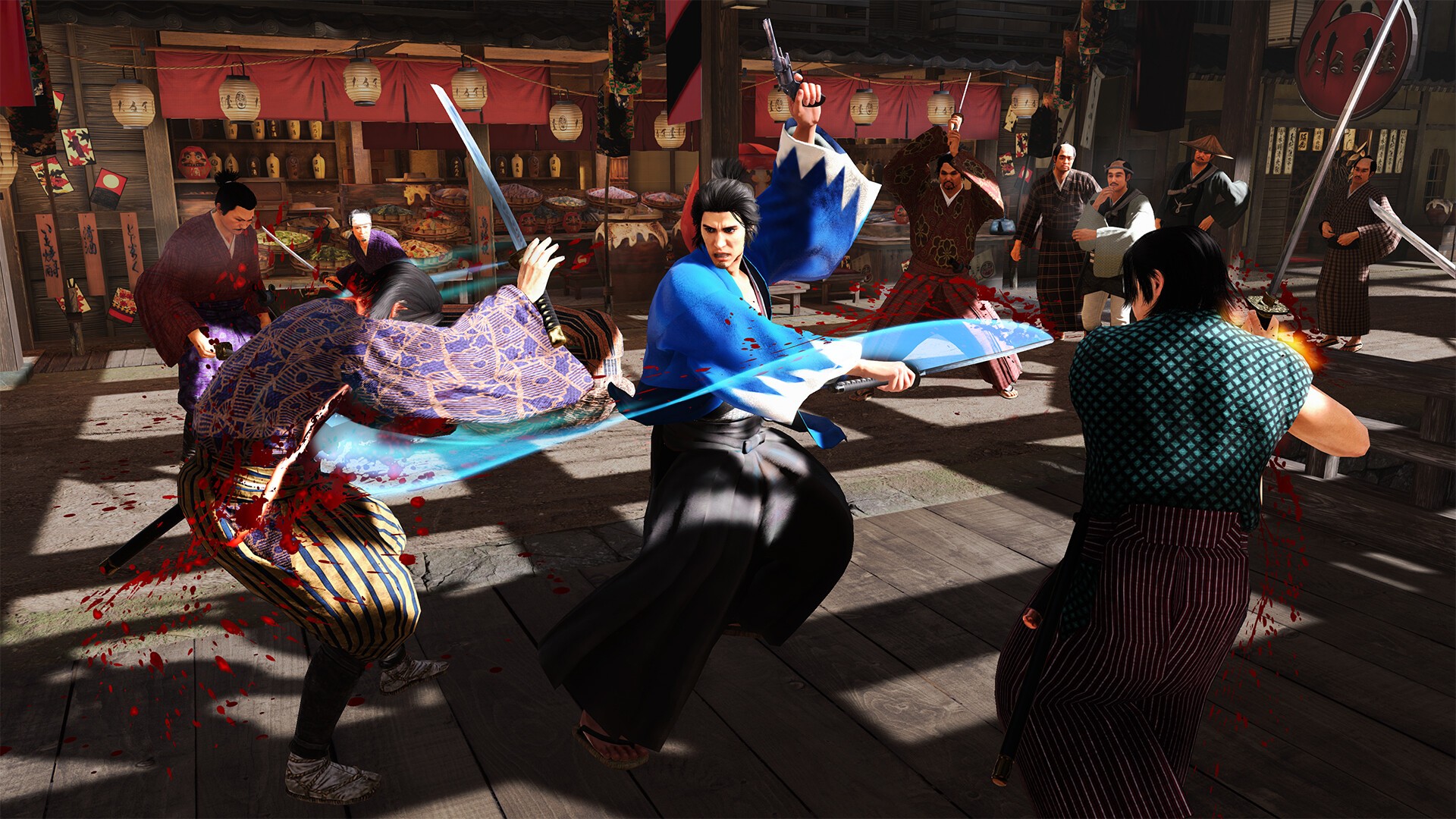 The Ishin game demo was divided into a Day Mode and a Night Mode. The Day Mode focuses more on exploration of the game’s Bakumatsu period (or late Edo period) Kyoto while Night Mode has a bigger focus on combat as it features a boss fight.

I foolishly started with Night Mode as I’m a Yakuza series veteran and expected to easily beat the demo in the Normal difficulty. Soon, I got my ass handed to me by the boss as I approached the game like a Yakuza title.

As a game where you play Sakamoto Ryoma (who is pretty much just a samurai Kiryu in Ishin), the gameplay has a focus on swords and gunplay. Similar to Yakuza 0, the game has multiple fighting styles. Aside from using his katana, Ryoma also has a gun style, a mix sword-gun mix, and a hand-to-hand combat style.

Each style has a different set of moves which are useful depending on the type of enemies that you encounter. Though what makes it unique is the card ability system. 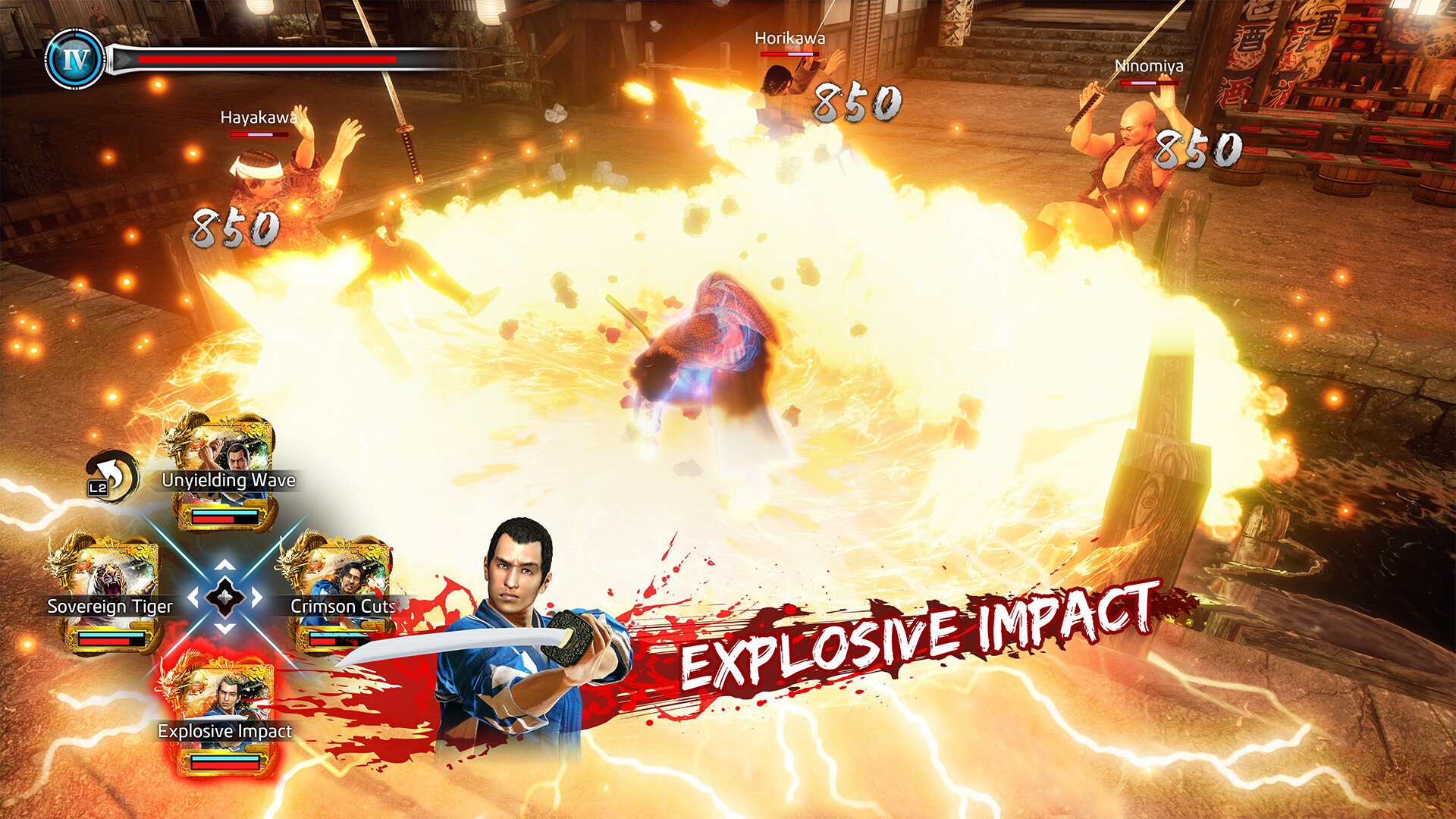 Each fighting style has four abilities that you can select via a card system. Basically, you equip four cards for every fighting style, with some abilities being AOE damage attacks while others are healing or other buffs.

When I first played the Night Mode demo, I struggled and got beaten by the boss fight as I didn’t use the abilities. But once I started using them, I quickly figured out what to do and I eventually beat the boss.

While I wouldn’t call the fighting system here as fluid and punishing as Sekiro or even Ghost of Tsushima, it’s still a satisfying mix of swordplay and beat-em-up action that should satisfy longtime fans while still giving a unique experience.

While I enjoyed the small taste of combat that I tried, it was the exploration part of the game that I had the most fun with. When I shifted to the Day Mode demo, I was given twenty minutes to explore the late Edo Period Kyoto setting. 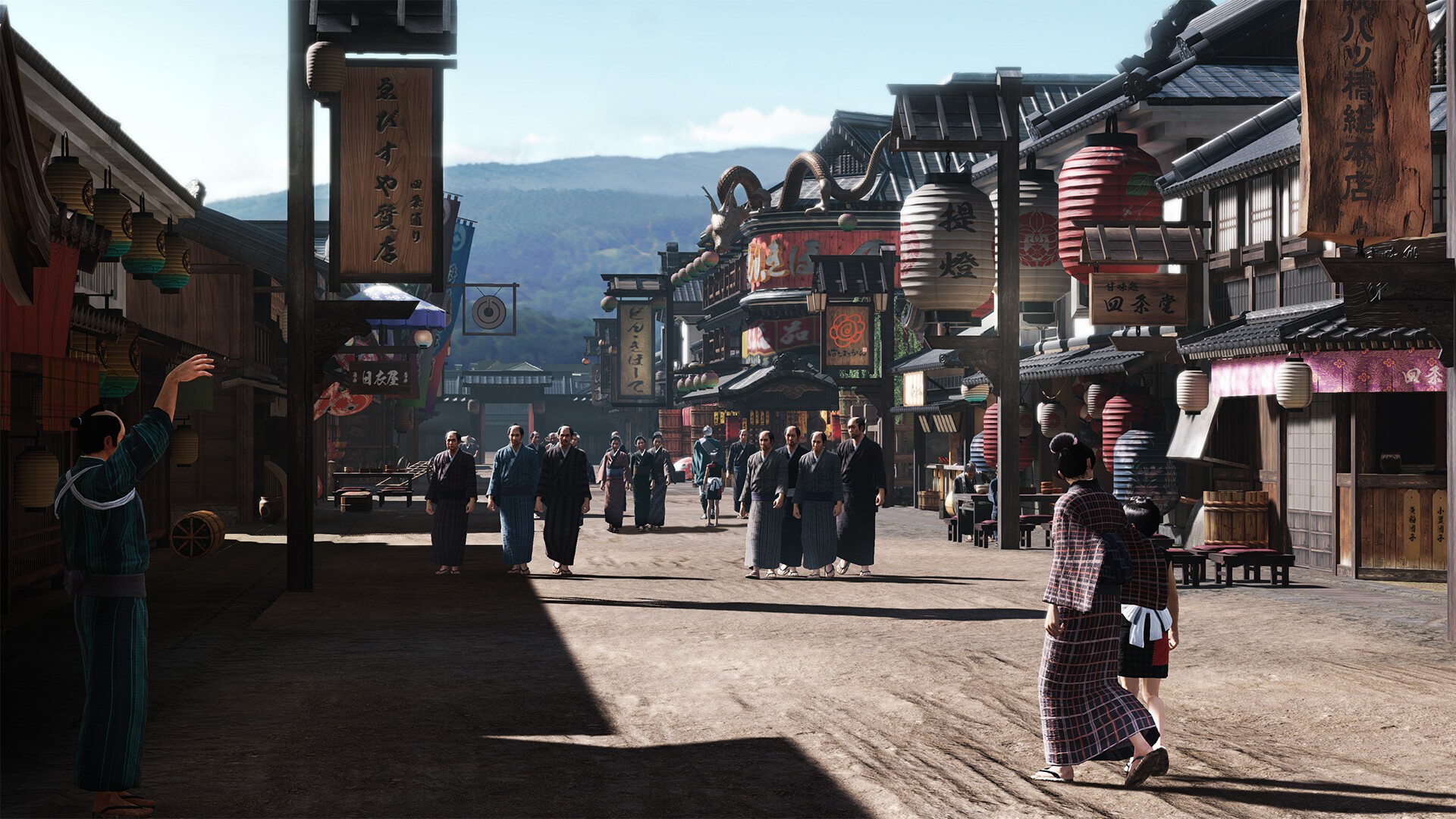 Much like other Yakuza game maps, the Edo Period Kyoto streets setting here isn’t the biggest, but it’s a joy to explore, especially for fans of anything and everything Japan. I won’t pretend to be an expert in Edo Period Japan so I won’t speak about how accurate its depiction is, but as someone who loves media in this setting, I had a lovely time just soaking in the atmosphere of the game’s map.

One nice touch I found was some shops. While you’ll have to go to a drugstore in Kamurocho to buy healing items in the previous games, here, you can find an Apothecary being carried by a shopkeeper on his back. It’s a small touch but it adds a lot to strengthen the game’s older setting.

Though what remained unchanged are the side quests. I wasn’t able to play through many side quests, but I did experience one where no combat was involved. Instead, it was about a guy running a school who begs Ryoma to help him teach students about the globe. The quest involves Ryoma answering questions about an 1800s globe, including where Japan is, among others.

While it’s just one quest, how it played out definitely felt familiar, all while reflecting the game’s setting of a Japan that will soon open its borders after centuries of being closed off. 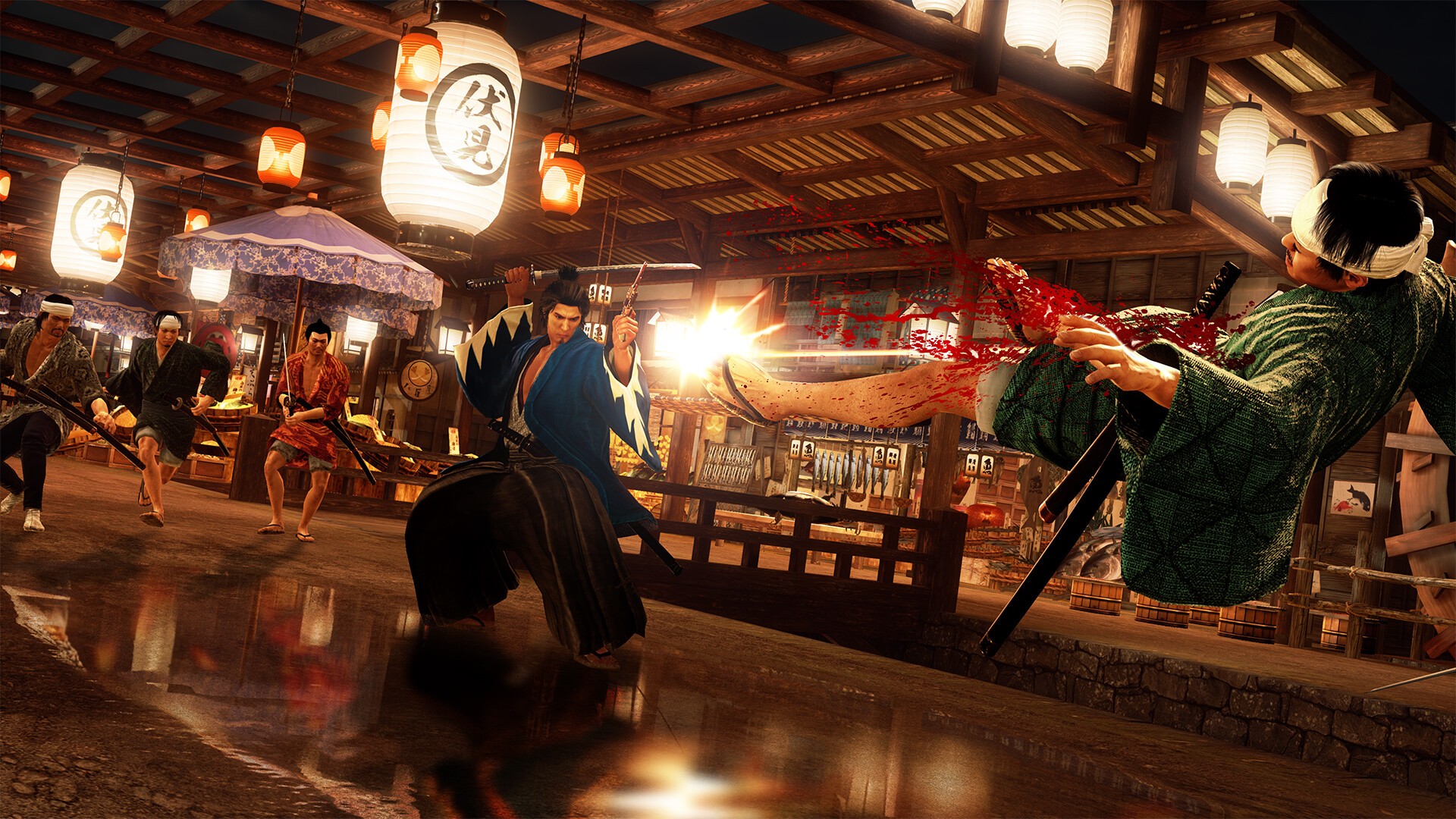 Before I forget, let’s talk visuals. While I didn’t play the game in the most optimal way, I can still say that the game has impressive visuals, especially the cutscenes. In terms of just looks, it doesn’t look at all like an early-era PS4 game.

One thing to note is that it still shows some age at some points, though this might just be because of the demo we played. For instance, some elements in the game’s world didn’t match the high quality of the character models.

What’s interesting to note is that Like a Dragon: Ishin is a remake that runs on Unreal Engine 4 instead of the Dragon Engine which was used for the Kiwami remakes. This might explain why the game feels more like Yakuza 0 than Kiwami 2, at least on the gameplay front.

Still, as a massive Yakuza fan, I was not bothered by this at all as I still very much enjoyed even the PS3-era Yakuza 3-5 remastered editions. Though some of these technical aspects are worth mentioning. 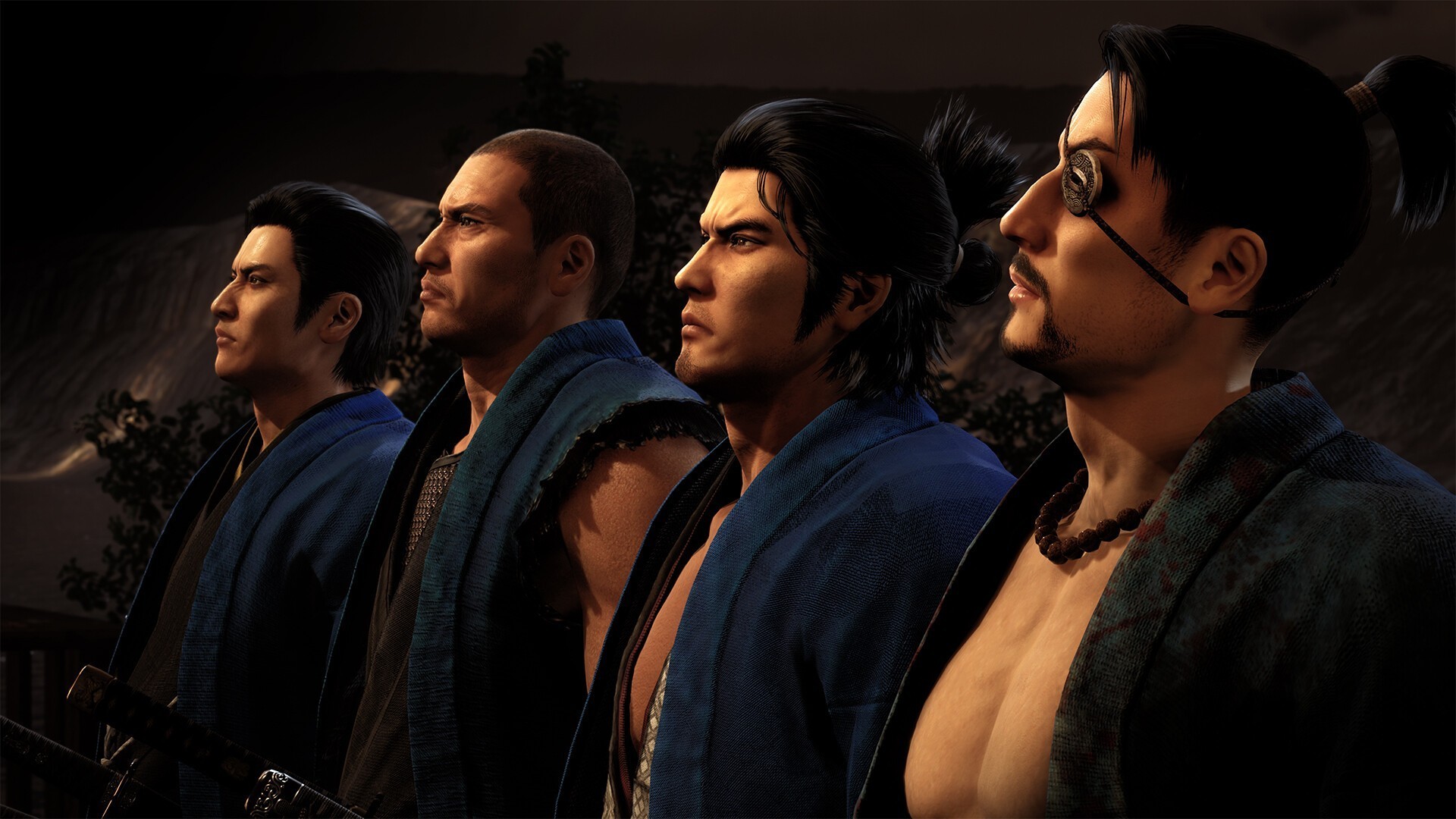 Again, as a big fan of Ryu Ga Gotoku Studio’s flagship franchise, I came away with way more excitement for Like a Dragon: Ishin after playing through the game’s demo at Thailand Game Show 2022.

Sure, some gameplay elements showed some age like the lack of seamless transitions. But overall, the game’s impressive graphics, well-made Edo Period Kyoto setting, and fresh-yet-still-familiar combat system make for a game that pretty much every Yakuza or Like a Dragon fan should get when it releases this February.