One Piece Odyssey Hands-On | The One Piece game you’ve been waiting for?

One Piece Odyssey has a promising combat system and lots of funny Straw Hat crew interactions. 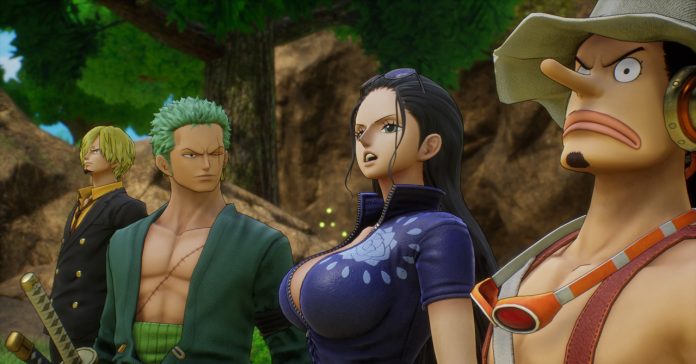 At Thailand Game Show, I finally got to try out a demo of One Piece Odyssey, the upcoming turn-based RPG in the beloved One Piece franchise.

While there have been many One Piece games over the past years, most of them feature real-time action combat. This one is different as it features a turn-based RPG system, and it promises to give players the sense of exploration from the earlier One Piece sagas, all while enjoying the always entertaining banter of the Straw Hat Crew.

The demo that I got to play was only 20 minutes long, though it did give me a better idea of what to expect with the game’s exploration, combat, and more. 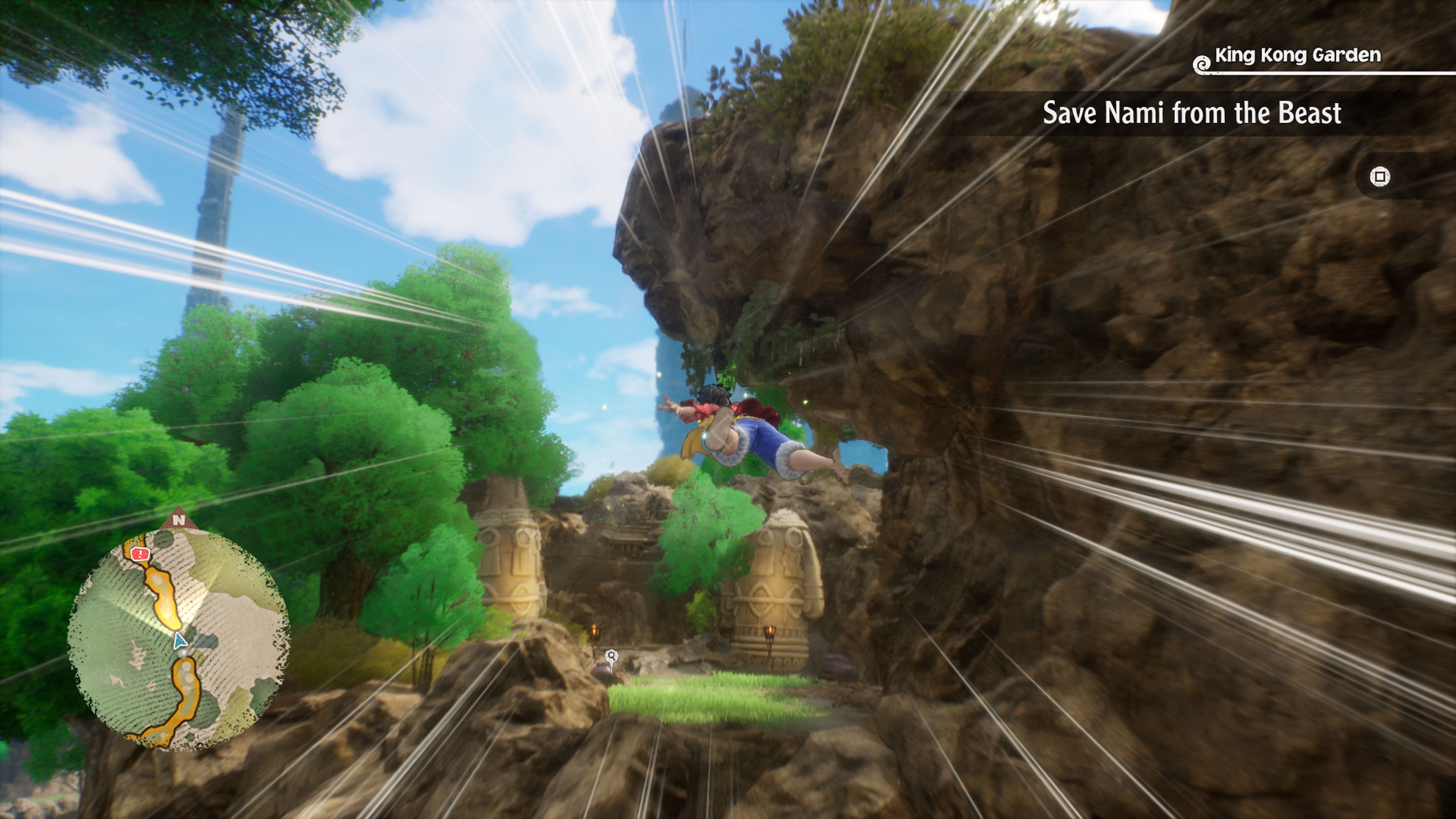 To start with, let’s talk traversal. While open-world games are all the rage, Odyssey is not an open-world game. Instead, it’s a fairly linear experience as maps should be fairly straightforward. In fact, the map I played (which is likely early into the game) was pretty much just a straight path.

Personally, I’m fine with linear maps as I don’t need every game I play to be a large (and sometimes empty) open world. Though I do hope that some of the levels later in the game open up. I expect them to as the game features unique traversal mechanics for the members of the Straw Hat Crew.

For instance, Luffy can stretch and grab onto branches or ledges to go through cliffs or reach higher places. While I wasn’t able to play as the other characters, I know that Usopp can use his slingshot to aid in traversing some levels based on the trailers.

Though what stood out as the most memorable for me in the level exploration is the various interactions of the Straw Hats. At certain points, you can happen upon certain views or vistas where the party members talk to each other and make comments about what they’re seeing. There were a couple in the demo, and as a One Piece fan, I loved these interactions, as I’m sure most other fans would given the Straw Hats spend a lot of the time getting separated in the manga. 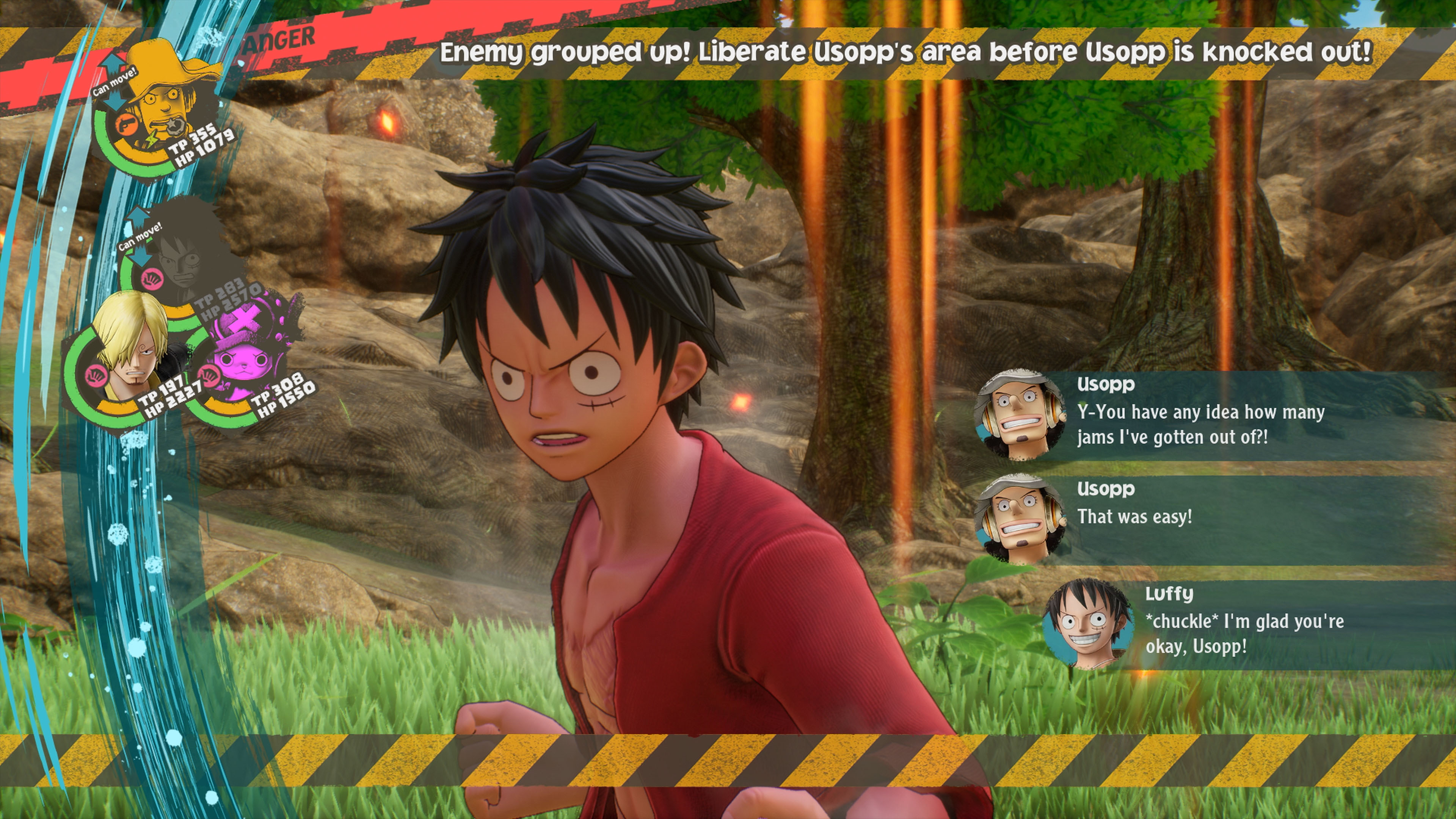 Speaking of separation, the goal in the demo is to find Nami as the Straw Hats once again got separated. Though most of them are present in this part of the game, and I got to control them in several combat scenarios.

Combat in One Piece Odyssey is what you’d expect for a turn-based RPG. Party members and enemies take turns attacking, with each member having the option of using a standard attack, a skill, or an item. Each member has a corresponding combat type: Power, Speed, or Technique. These work in a rock-paper-scissors method where Power is strong against Speed, Speed is strong over Technique, and Technique is strong against Power.

Skills also have corresponding types for damaging skills, though there are also healing abilities and skills that have status effects. To use these skills, a character consumes TP which is gained by using regular attacks.

This core combat system should be familiar to any turn-based JRPG veteran, but there are elements of the game that adds uniqueness to Odyssey’s gameplay. 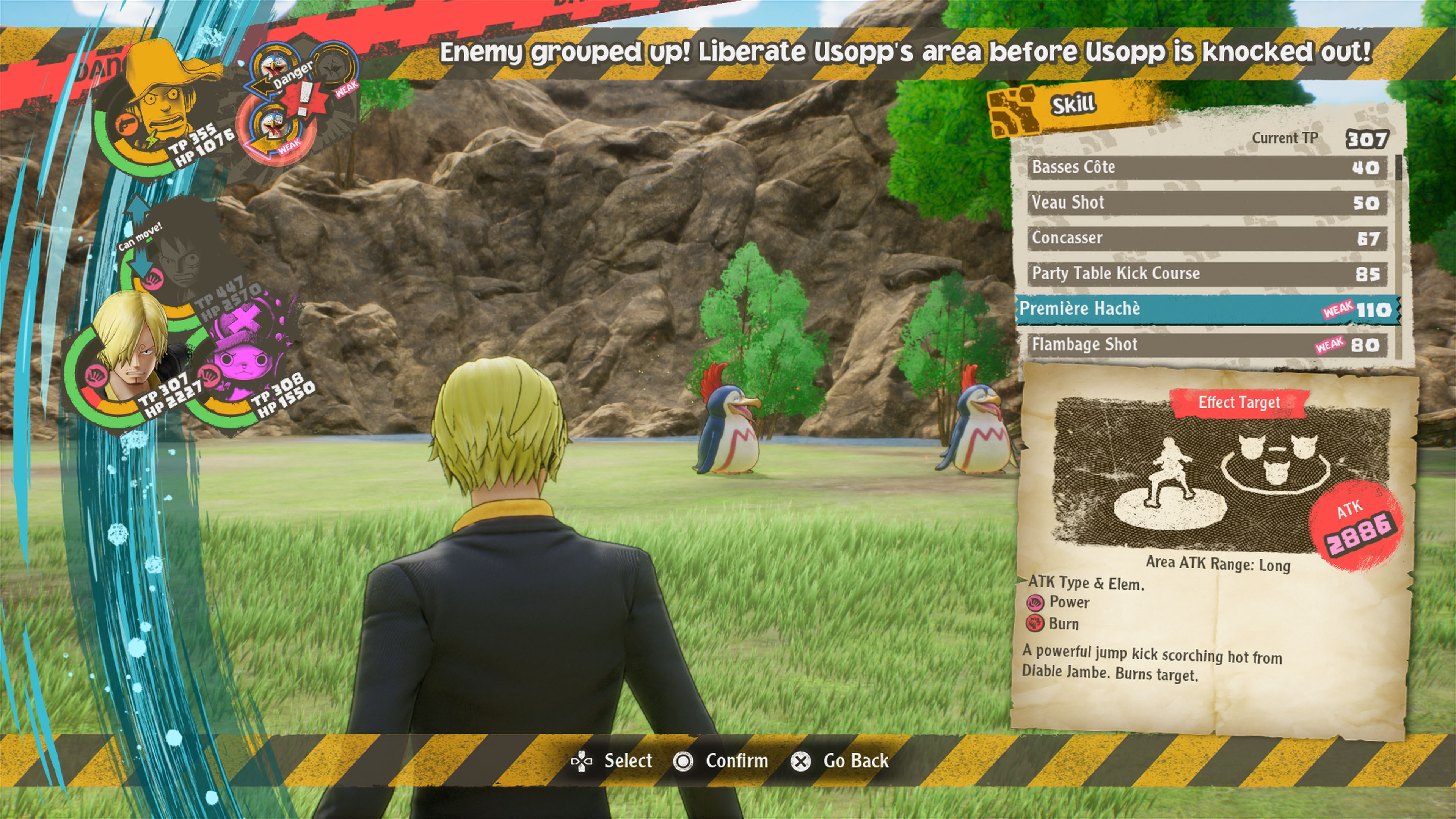 The first is the Scramble Area Battles system. In the game, battles are divided into areas, and players can optimize where each party member is so that they are effective against the enemy types in the area. For instance, you’ll be better off putting Luffy in an area with Speed-type enemies as his Power attacks will wreak havoc on them.

Another unique element in the game’s combat is the Dramatic Scene. During certain fights, a Dramatic Scene can play which adds a wrinkle to the encounter.

For example, in the Thailand Game Show demo, an encounter saw Usopp get paralyzed by a group of enemies. So my objective was to help keep him alive while the other party members deal with the enemies.

In terms of combat, this is a nice touch to keep encounters feeling fresh. But more than gameplay, I’m excited to see more of how these Dramatic Scenes will play out if only to see the reactions of the other Straw Hat crew members. 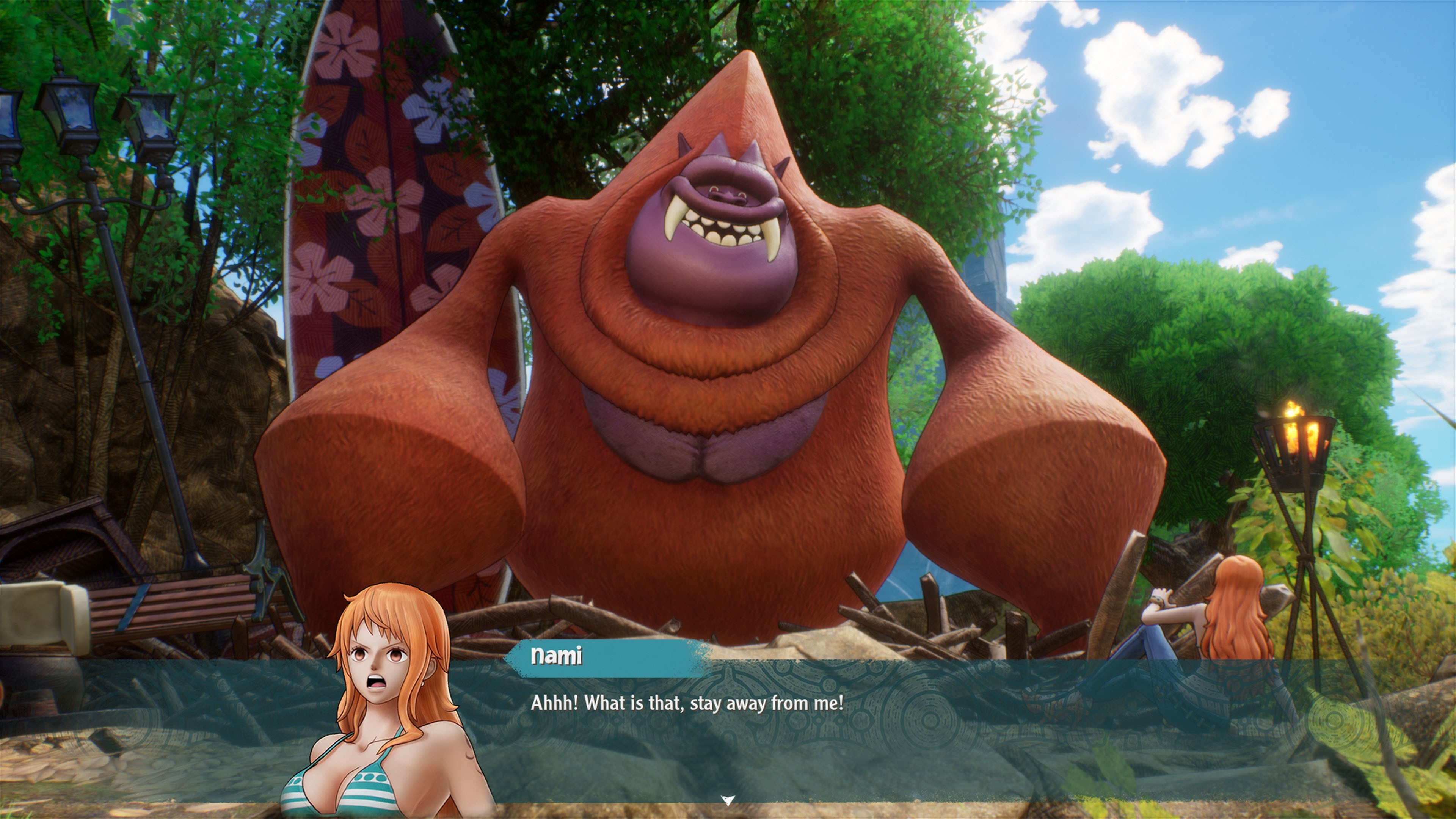 The One Piece Odyssey demo I played ended in a boss fight against a huge enemy. In the battle, the boss is set in one area while some of the weaker enemies were put in other areas.

This encounter showed off the possible complexity of the game’s combat encounters, though I wasn’t able to fully explore it as the demo I played seemed to be set on Easy mode as the battles didn’t pose many challenges. 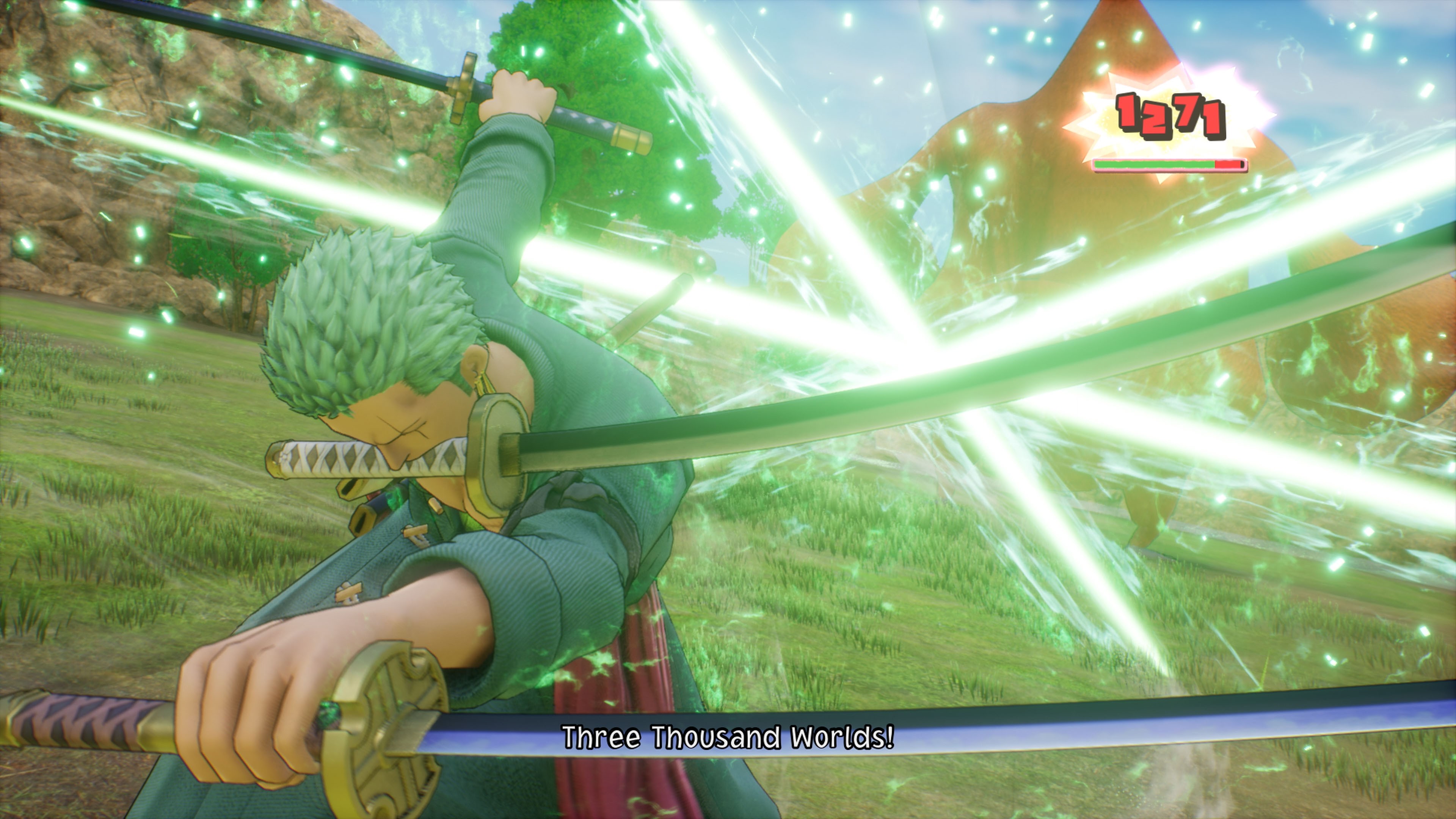 Despite the lack of difficulty in the demo, I did get a nice taste of what to expect in Odyssey. Based on what I got to experience, this upcoming One Piece game shows a lot of promise as its turn-based combat system seems to have a lot of potential when it comes to complexity, all while still being familiar to JRPG players.

As for exploration, I’m hoping some of the later levels open up compared to what I experienced. Still, I’m excited to see more of the game’s world, especially as it will bring other locations such as Alabasta.

Though the best part about the demo I played is the interaction between the Straw Hat crew. Even though I only experienced a small part of the game, I already can’t wait to see more of the Straw Hats on this new adventure. If the rest of the game delivers on this front, Odyssey might just be the One Piece game that fans would love the most.

- Advertisement -
Previous article
The official Persona Philippines Discord Server Beta for is now available
Next article
Ace Angler: Fishing Spirits Hands-On | This Will Get You Hooked