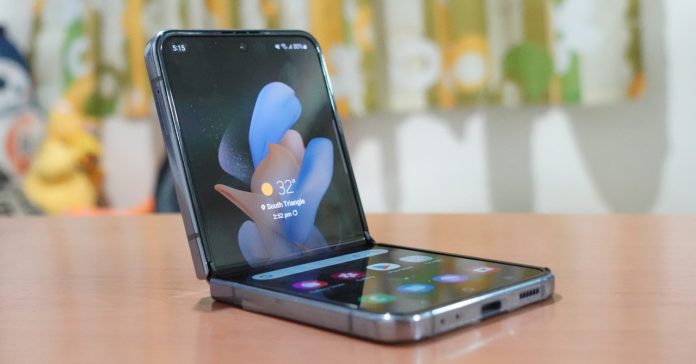 It’s been over two years now since Samsung unveiled its first Galaxy Flip device, and now, Samsung launched the Galaxy Z Flip 4 (though technically it’s the third Flip device). This phone, at first glance, looks almost exactly like its predecessor from last year. But underneath, there are a couple of key changes.

The biggest change is the processor which is now the latest Qualcomm Snapdragon 8 Gen 1 chip. It also features a larger battery – 3700mAh instead of 3300mAh. It also charges faster now thanks to 25W fast charging support. And it promises to take better photos as its main camera has an upgraded sensor which should make for better low light shots.

Though aside from these, the Z Flip 4 shares many of the same features as the Z Flip 3. So, is it worth getting the newer model if you’re in the market for a unique flagship smartphone? Find out here in our Samsung Galaxy Z Flip 4 review. 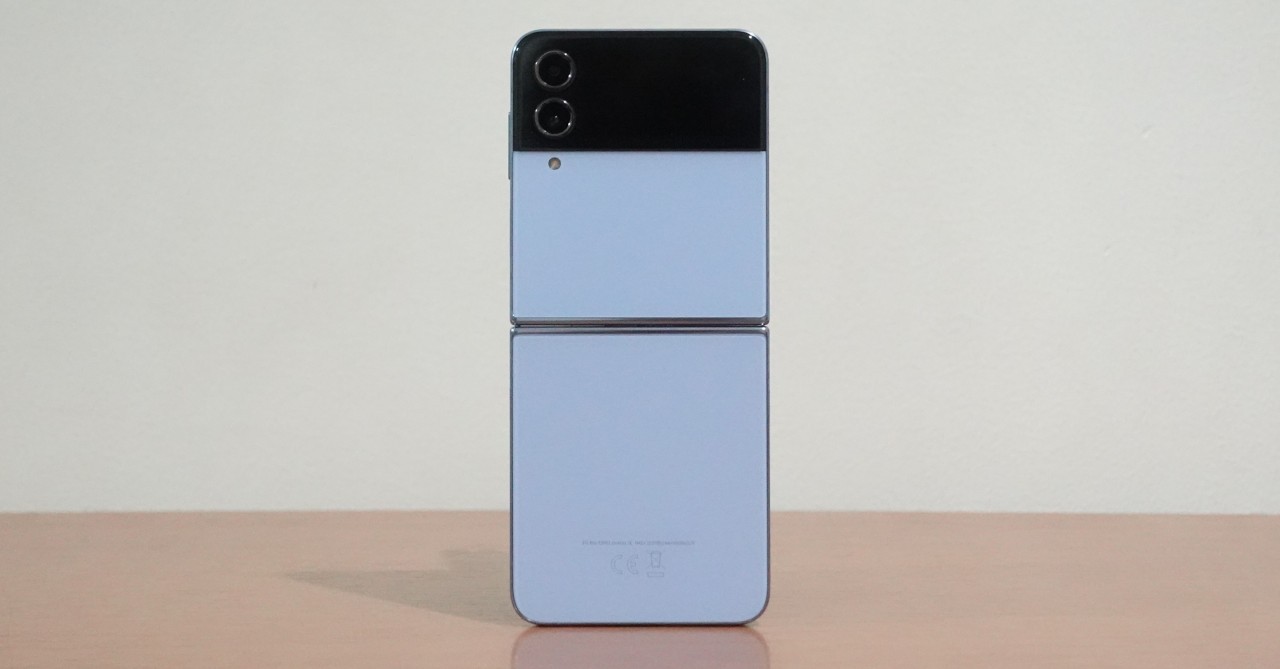 As mentioned above, the Z Flip 4 looks almost identical to last year’s model. Though the new Z Flip does feature a matte finish that’s more like the flagship S series. For comparison, last year’s flip has a reflective glass back.

What’s better is down to personal preference, but for me, I much prefer the matte finish as I find that it feels better to hold, and it’s not as slippery as a glossy finish. Plus, it’s also much less of a fingerprint magnet which is great news for users who like to go caseless. 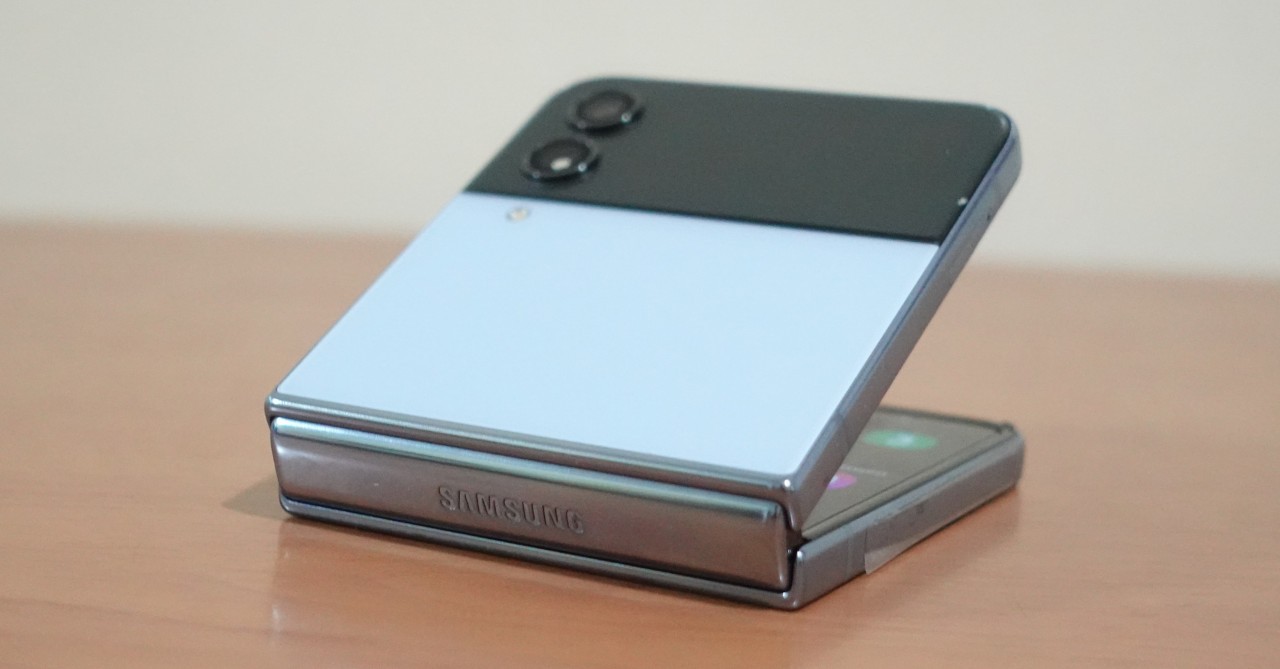 Despite not being all that different design-wise, the Z Flip 4 is still all but guaranteed to turn heads. After all, even if it’s been over two years now since Samsung launched the Flip series, there’s not really much in the way of competition, at least here in the Philippines and in other countries where clamshell smartphones from other brands aren’t really available. 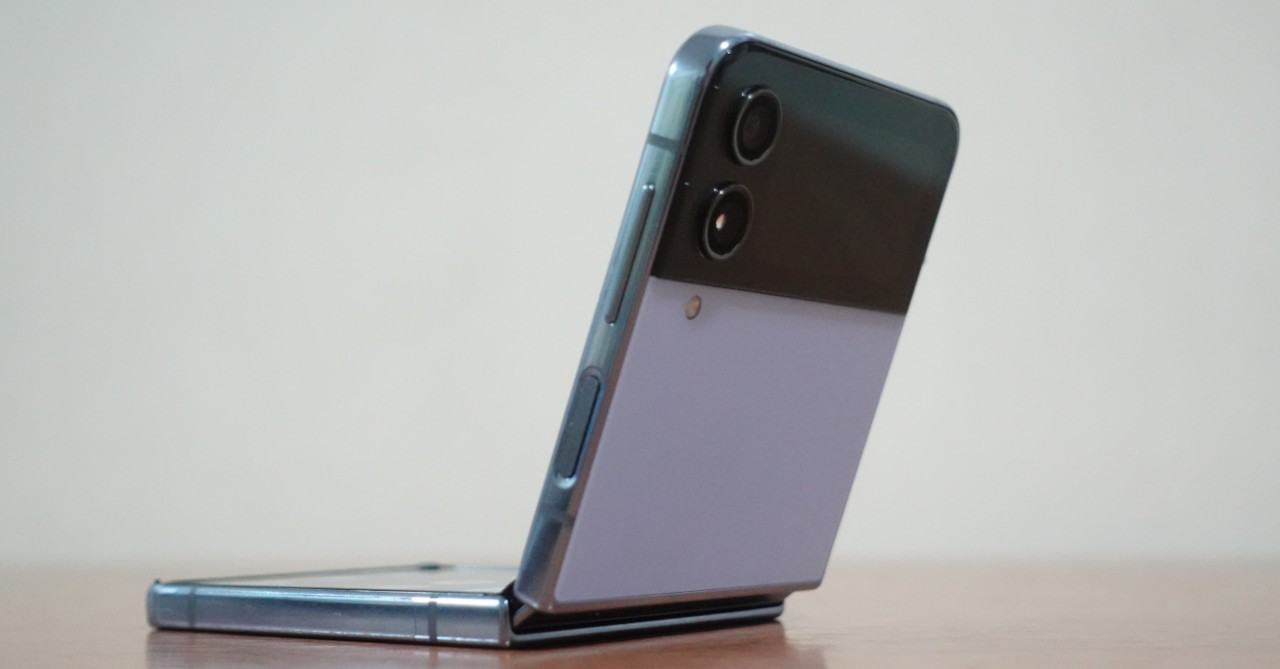 Speaking of the clamshell design, the phone feels sturdy even if you flip it open and close it many times a day. While we can’t really test it to its breaking point, it should be reliable for daily use. 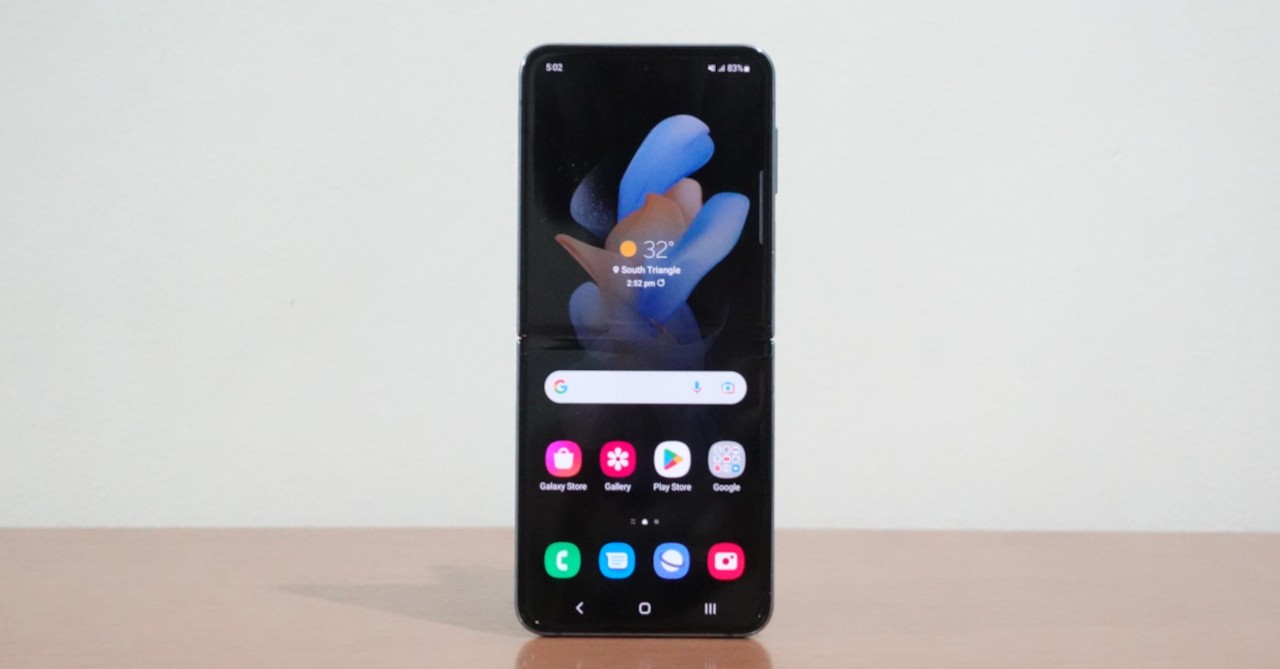 As for its display, the phone’s 6.7-inch AMOLED screen is gorgeous, which is what you would expect for a Samsung flagship. While the crease in the middle is still visible from some angles, if you use it normally, it won’t be distracting at all. In fact, I even forgot that it was there while I was using it. 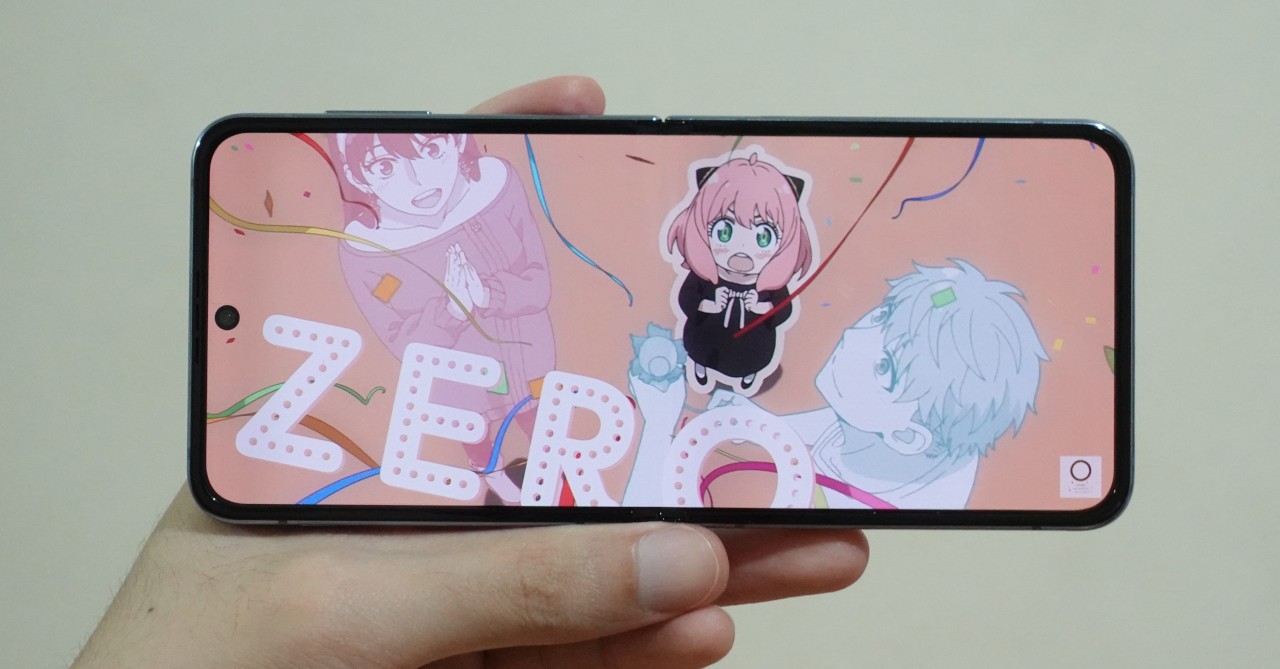 The phone’s 6.7-inch screen has a 1080p resolution, a 120Hz refresh rate, and HDR10+ certification. While the high refresh rate won’t really help for binge-watching, the phone’s screen is a great partner for watching your favorite movies and shows, at least when it comes to its colors and detail.

What you do need to take note of is its tall aspect ratio. If you watch 16:9 content, the phone’s screen will feel rather small, meaning you won’t get as good an experience compared to something like an S22. On the flip side, if you’re watching a widescreen movie, the phone’s aspect ratio is great as you can watch these films on full screen.

As for sound quality, the phone’s onboard stereo speakers don’t disappoint. Despite its small size and foldable form factor, the speakers output good quality audio. Though if you do want to use headphones or speakers, you’ll need wireless ones as the phone lacks a 3.5mm headphone jack.

As mentioned above, the Z Flip 4 is powered by a Snapdragon 8 Gen 1 processor, and it’s paired with 8GB of RAM. While the memory might not seem like a lot, in our gaming tests, the phone had no issues with running practically all of today’s games with ease.

For instance, games like Wild Rift or Mobile Legends were smooth and playable at higher settings. The same can be said for titles like Call of Duy: Mobile and PUBG Mobile. Plus, the phone can also run the most demanding games like Genshin Impact without many issues.

The phone also features 5G connectivity, meaning users can enjoy faster mobile data speeds if they’re in a 5G area. This is nice to have for competitive multiplayer games as 5G promises lower latency compared to 4G.

The Z Flip 4’s only real weakness when it comes to gaming is its tall aspect ratio. When held horizontally for games, the phone is long horizontally and short vertically, meaning the view you get can seem a bit compromised. Though if you’re fine with the unusual aspect ratio, the Z Flip 4 won’t disappoint for gaming.

For its cameras, the Z Flip 4 packs a 12MP main + 12MP ultra-wide dual rear camera setup along with a 10MP front camera. While it seems the same on paper, the main camera got an upgraded sensor. Though it still lacks a telephoto shooter that’s a common sight in many flagships.

The main shooter doesn’t seem to be all that different to last year when it comes to daytime photos, but that’s not a bad thing as images still turn out clear and with vibrant colors. Indoor photos are also of good quality overall.

What sets it apart from last year’s model though is in low light photography. Thanks to the upgraded sensor, the Z Flip 4 takes impressive night photos, even if there’s not a lot of light where you’re shooting. This makes the phone closer to the flagship Galaxy S series when it comes to photography.

The ultrawide also doesn’t disappoint as both daytime and low light shots with this camera are great. Though for nighttime shots, make sure to use Night Mode manually as the phone’s AI camera doesn’t always activate the Night Mode for this camera.

For selfies, the 10MP shooter is great, whether in daytime or at night. You can even get great selfies even when shooting against the light thanks to the image processing capability of the phone. For the best selfies though, you can use the main camera as your front camera thanks to the small cover display on the back. 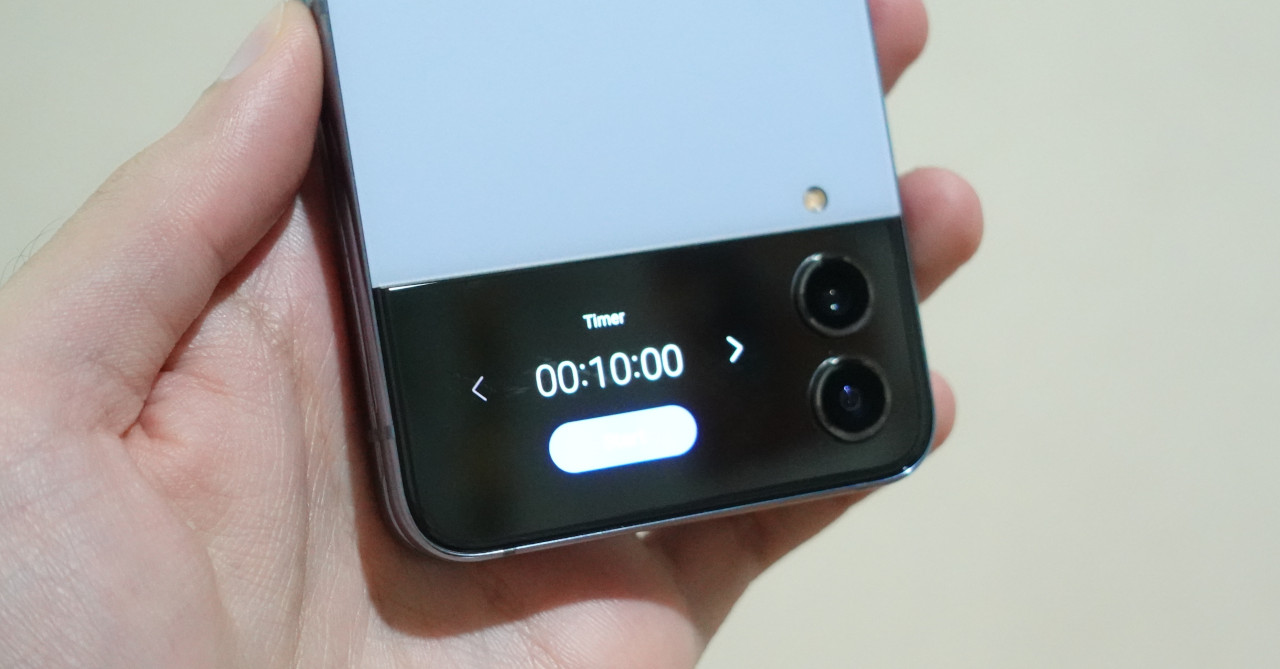 Speaking of the cover display, this screen works similarly to last year’s model as it displays the time, and has options to show notifications and other widgets. In my use, I didn’t really take advantage of the cover display all that much as I prefer to just open it to get full access to features. But it is nice to have if you just want to check the time or control the music that you’re playing without having to unfold it. Plus, the easy selfie access is a nice touch for those who love taking photos of themselves (you can activate it by pressing the power button twice).

As for performance, in our time with the phone, it did not slow down at any point, even when there are a lot of apps open. The 120Hz refresh rate also helps the phone feel smooth to use on a day-to-day basis. 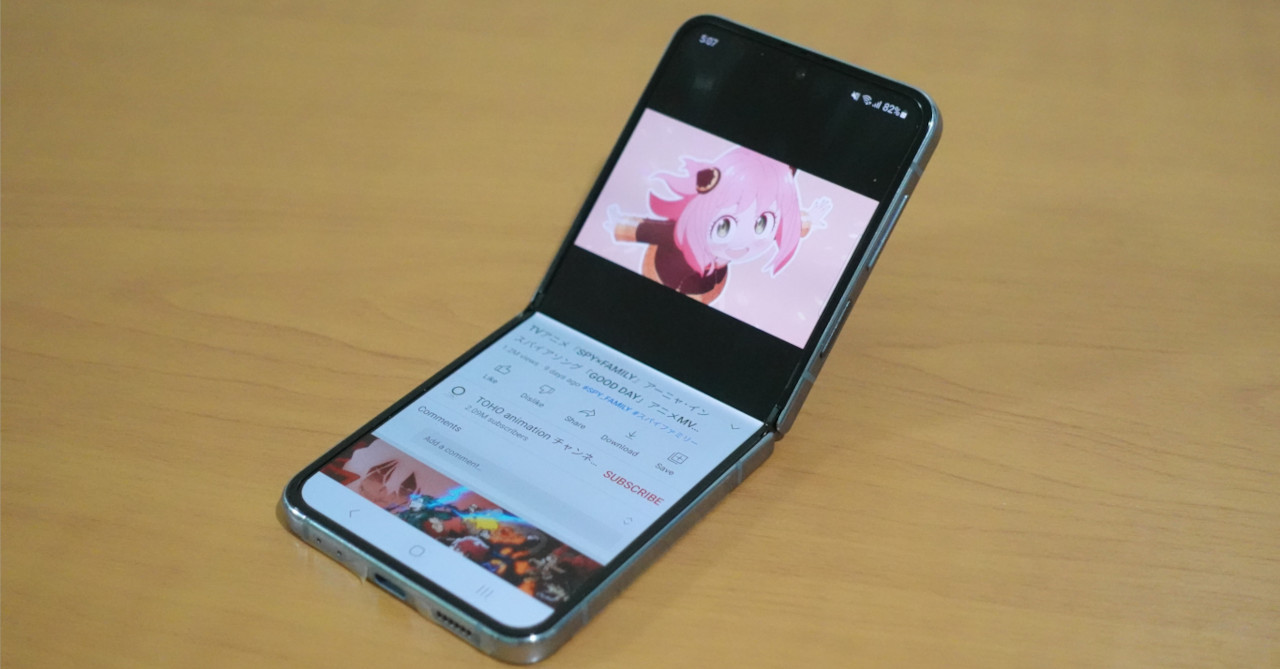 Finally, let’s talk battery life. The battery on the Z Flip 4 doesn’t seem that big, but it’s already quite an upgrade over last year’s model. In our time with the phone, the Z Flip 4 can now comfortably last for around a day of use on a single charge. While it’s still not as long as we would’ve liked, you can at least opt to leave your power bank at home if you’re not planning on using it heavily.

It also helps that the phone has faster charging now with its 25W fast charge support. Thanks to this, you can quickly top up if you need to and get a couple of hours of use. 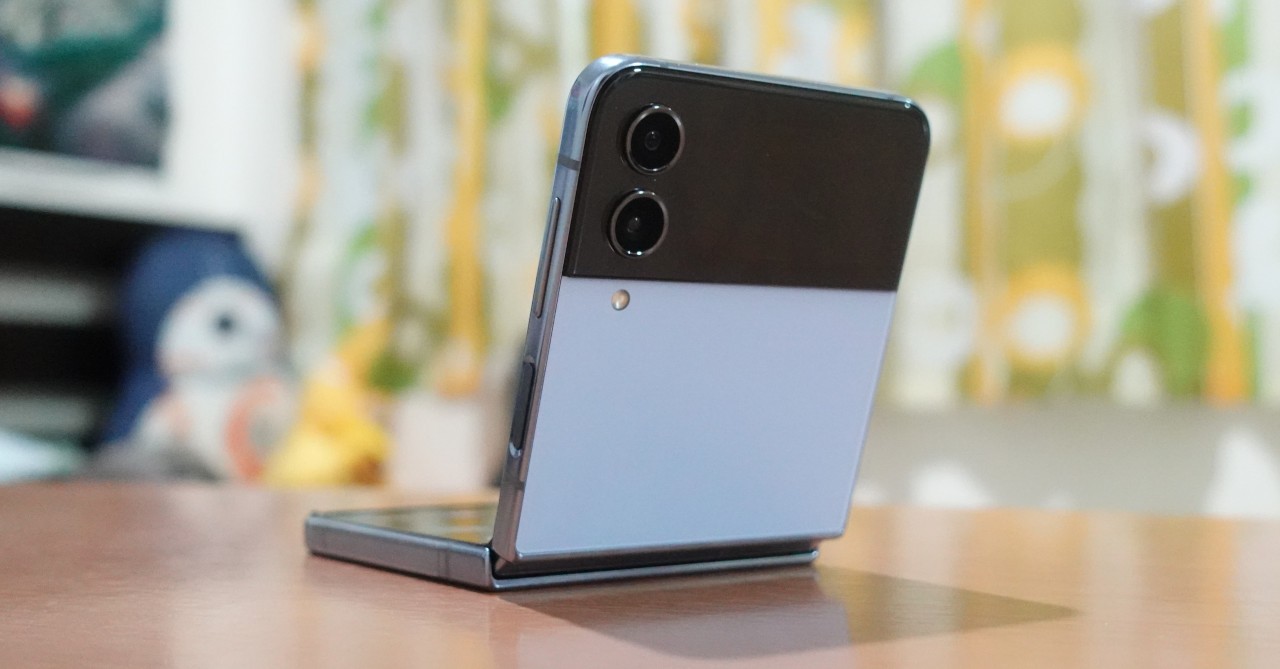 It’s fair to say that the Samsung Galaxy Z Flip 4 is an incremental upgrade over the Z Flip 3. Aside from sharing almost exactly the same looks, the phone also shares a similar display, camera setup, and feature set.

Though this year’s model does pack improvements where it counts. Aside from having better night photography capabilities, the phone also should have better performance in the long run with its new Snapdragon 8 Gen 1 processor. Plus, the battery life is much better now.

If you already have a Z Flip 3, there are not a lot of reasons to upgrade. But if you’re on the first Flip model or if you want to splurge on a fancy foldable phone, the Z Flip 4 is your best (and only) option.