This open-world Sonic game has a ton of promise. 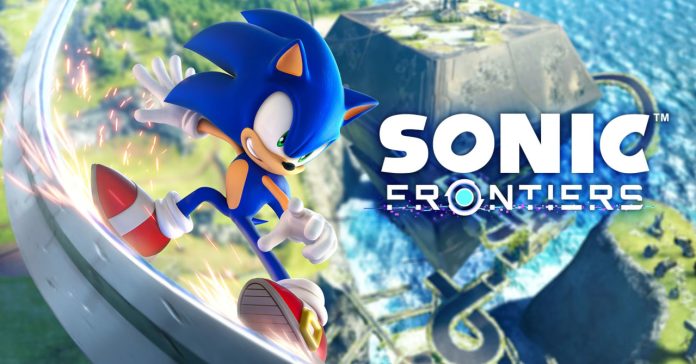 Alongside Like a Dragon: Ishin, we got to try Sonic Frontiers at Thailand Game Show 2022 at the SEGA booth ahead of its official launch.

When the game was first revealed, many (including ourselves) were surprised to see Sonic go open-world. And at the time of its initial announcement at The Game Awards 2021, we weren’t sure what to expect as it looked like Sonic is traveling through a Breath of the Wild-style open world. So did this means the Sonic franchise is introducing a brand-new type of gameplay?

Well, not exactly, at least based on the short demo that I tried. At its core, this is still a Sonic game where you gotta go fast. But the new open-world map adds a unique wrinkle to its gameplay. 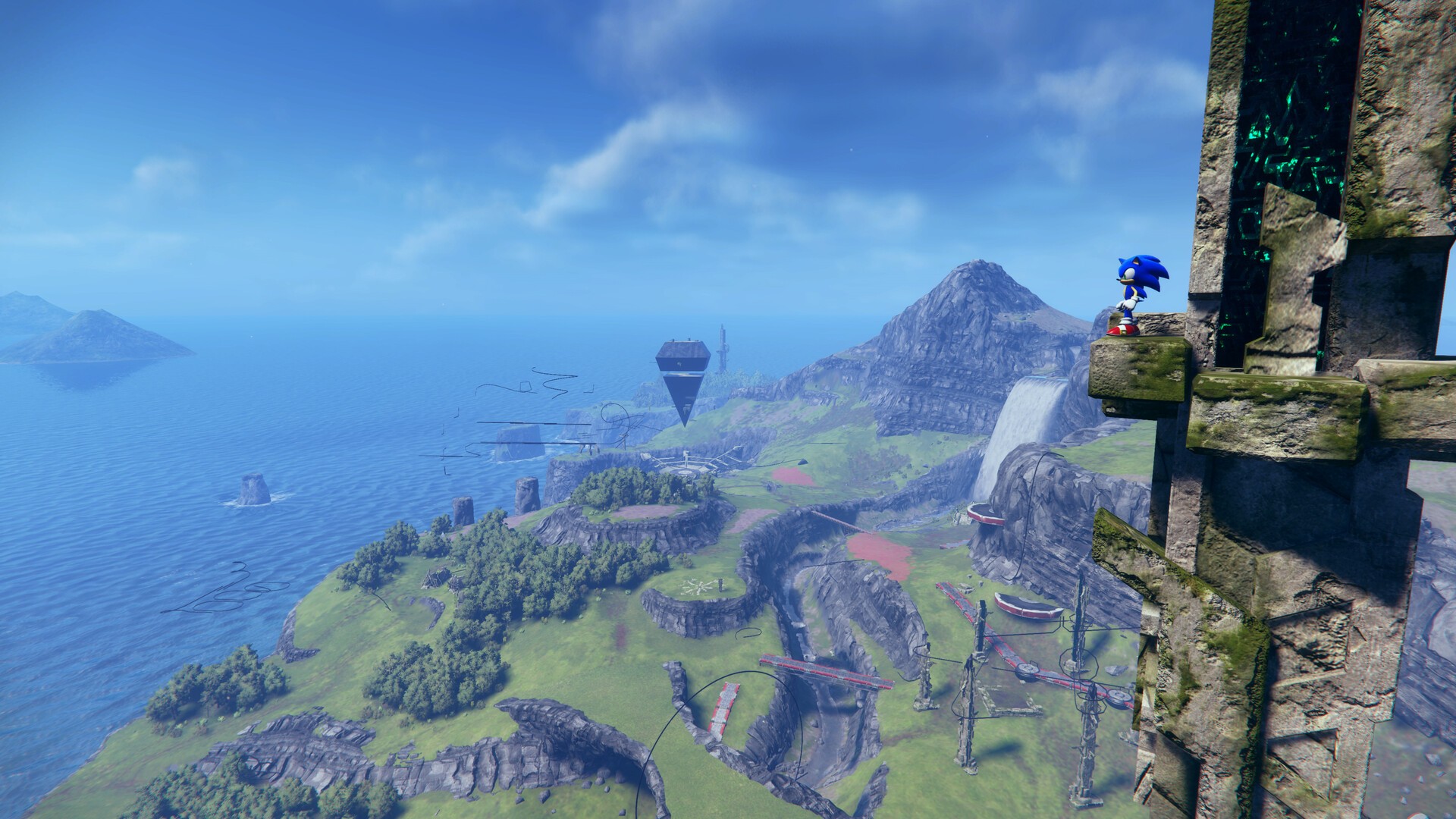 Based on what we’ve tried, Sonic Frontiers is basically still as Sonic game where you must complete a level by traversing through the map as fast as possible while collecting gold rings along the way. But the difference here is that instead of a linear 2D or 3D map, you now have an open-world, or at least an open level.

Essentially, instead of being one open-world in a typical sense that you can explore to your hearts content, the game basically has a series of open levels which you can tackle in a not-so-linear fashion. This is still an 3D action platformer, but there’s a nice sense of openness which, for me, is a nice evolution of the tried-and-true Sonic gameplay.

Admittedly, my time with the game wasn’t long, so I wasn’t able to explore much of the island that was available in the demo as I mostly went through the expected path. Though I did see some branching areas that I’d definitely explore if I were to play the game in full. 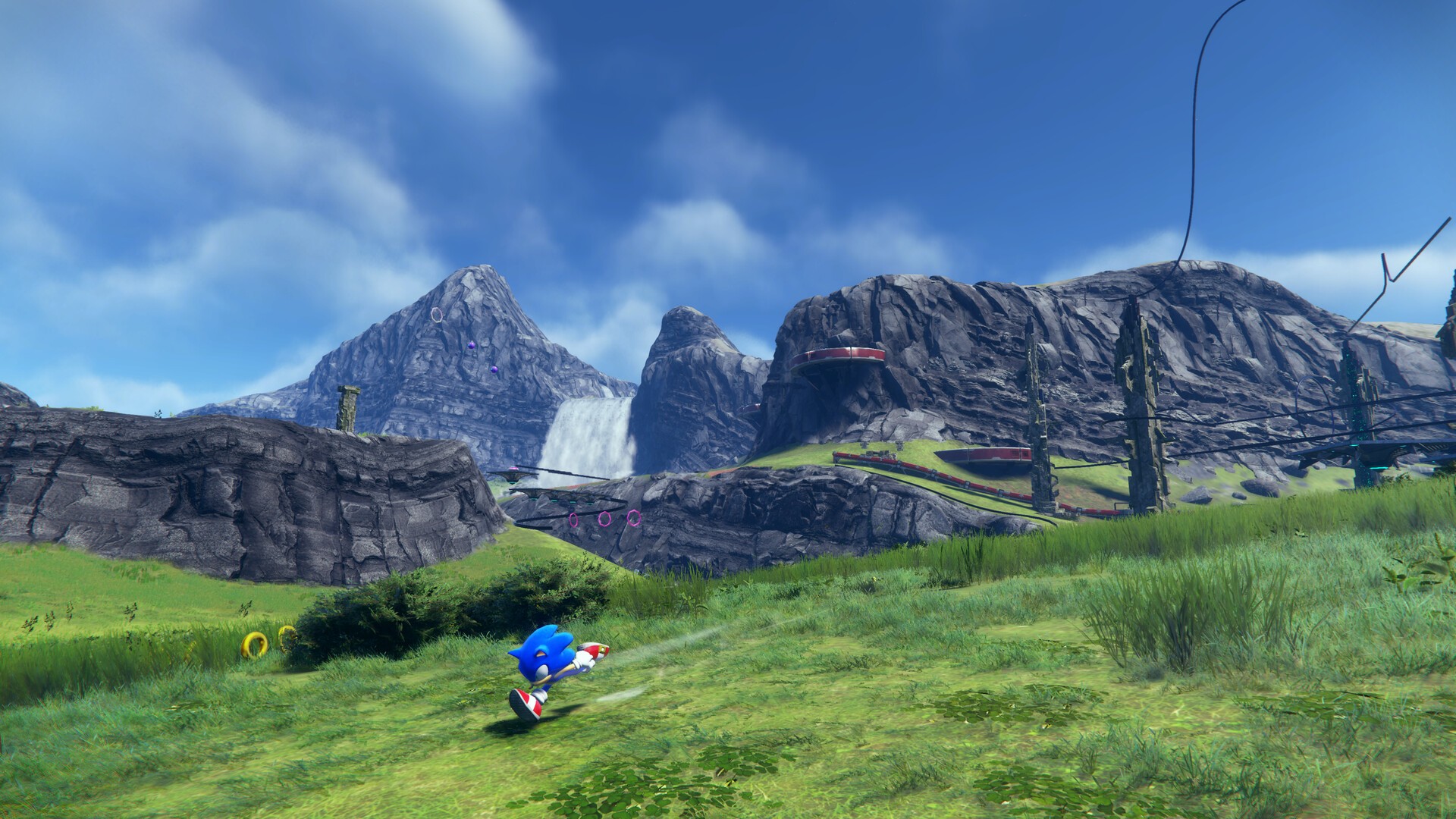 The focus here, as with any Sonic game, is traversal. Frontiers controls like you would expect a 3D sonic game would. Sonic also has a boost here which you can press with the right trigger to go fast, and he can slide through obstacles while collecting gold rings along the way.

One thing that’s new here is the ability for Sonic to use the new Cyloop ability to loop around objects to unlock puzzles or form an infinity symbol for a temporary speed boost. Along with these, there are also other new abilities for Sonic, though I wasn’t able to test them out fully. 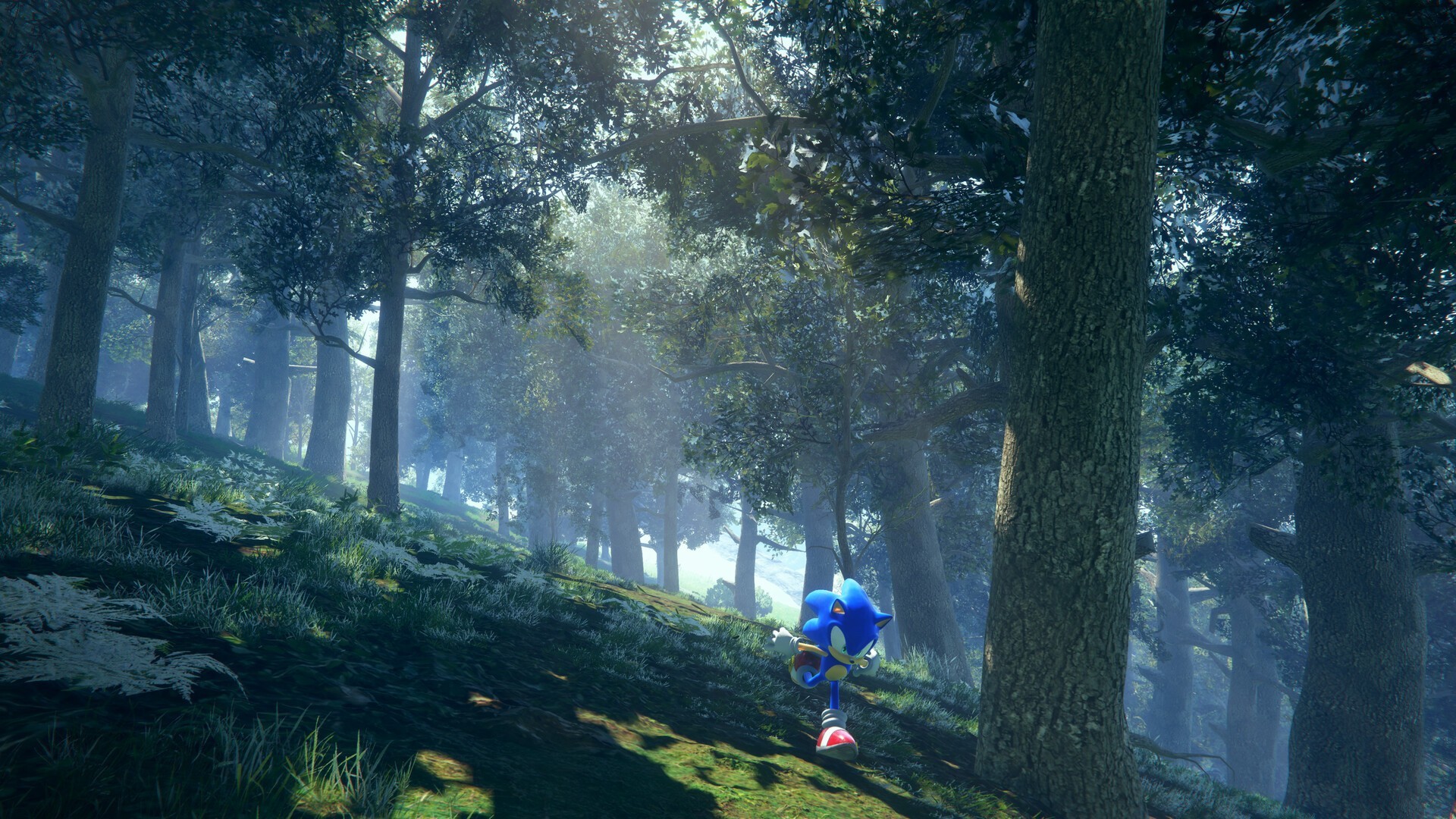 Even if I wasn’t able to fully grasp the controls, I can’t deny that the game is quite fun. While I played it only for a short time, I had a great time with it and I’m looking forward to trying more of it, especially thanks to its surprisingly compelling combat. 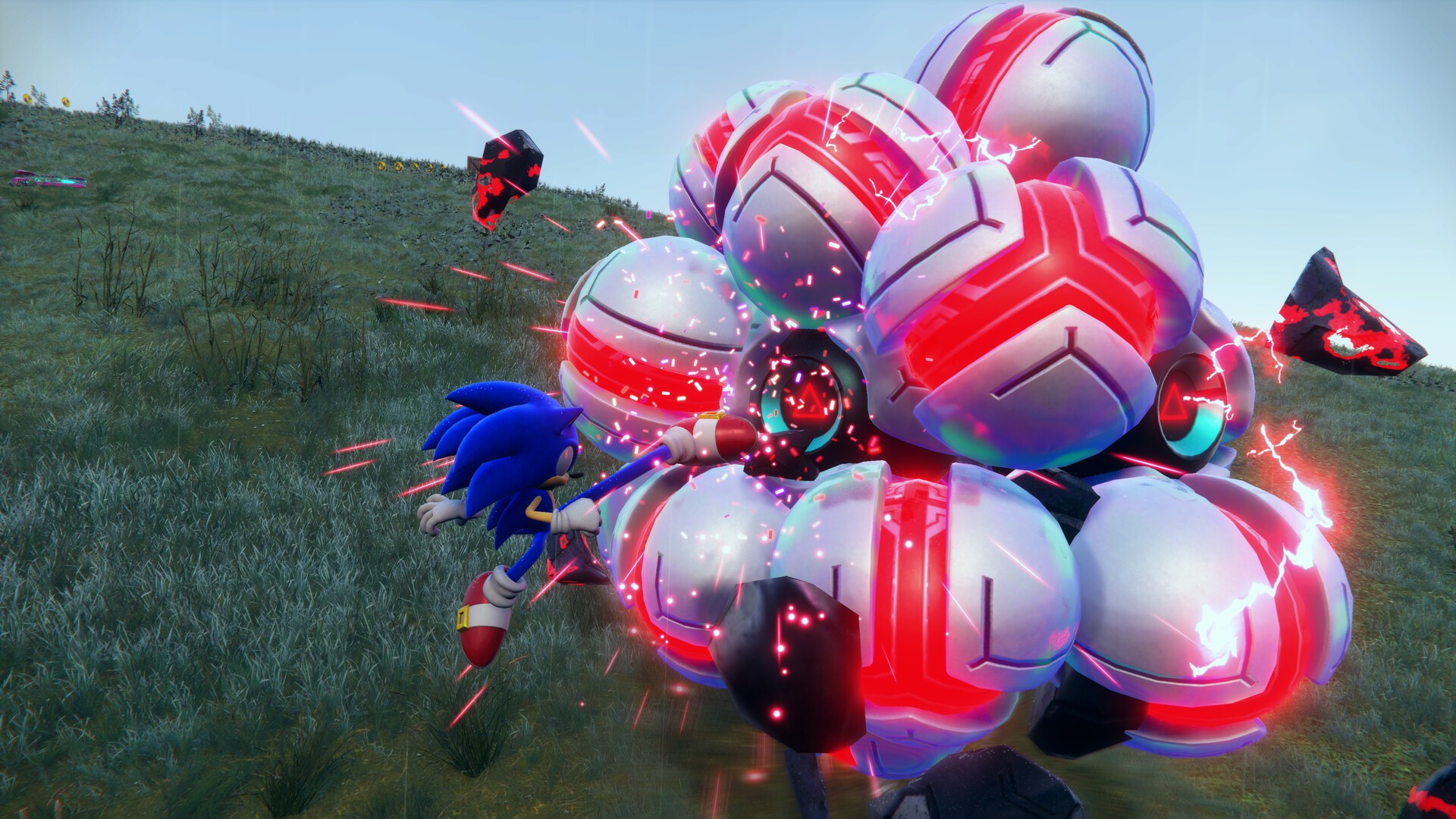 In the game, there are enemy robots that Sonic must face. To fight these, Sonic automatically locks on to them, and has the ability to dodge and parry. While this seemed too simplistic at first, it’s still a lot of fun.

Specifically, there are enemy robots that have more complex moves that make the combat fun, even if the core system is fairly simple. Personally, I find that the combat seems like a fun arcade-style game that I thought was the highlight of the demo I played. 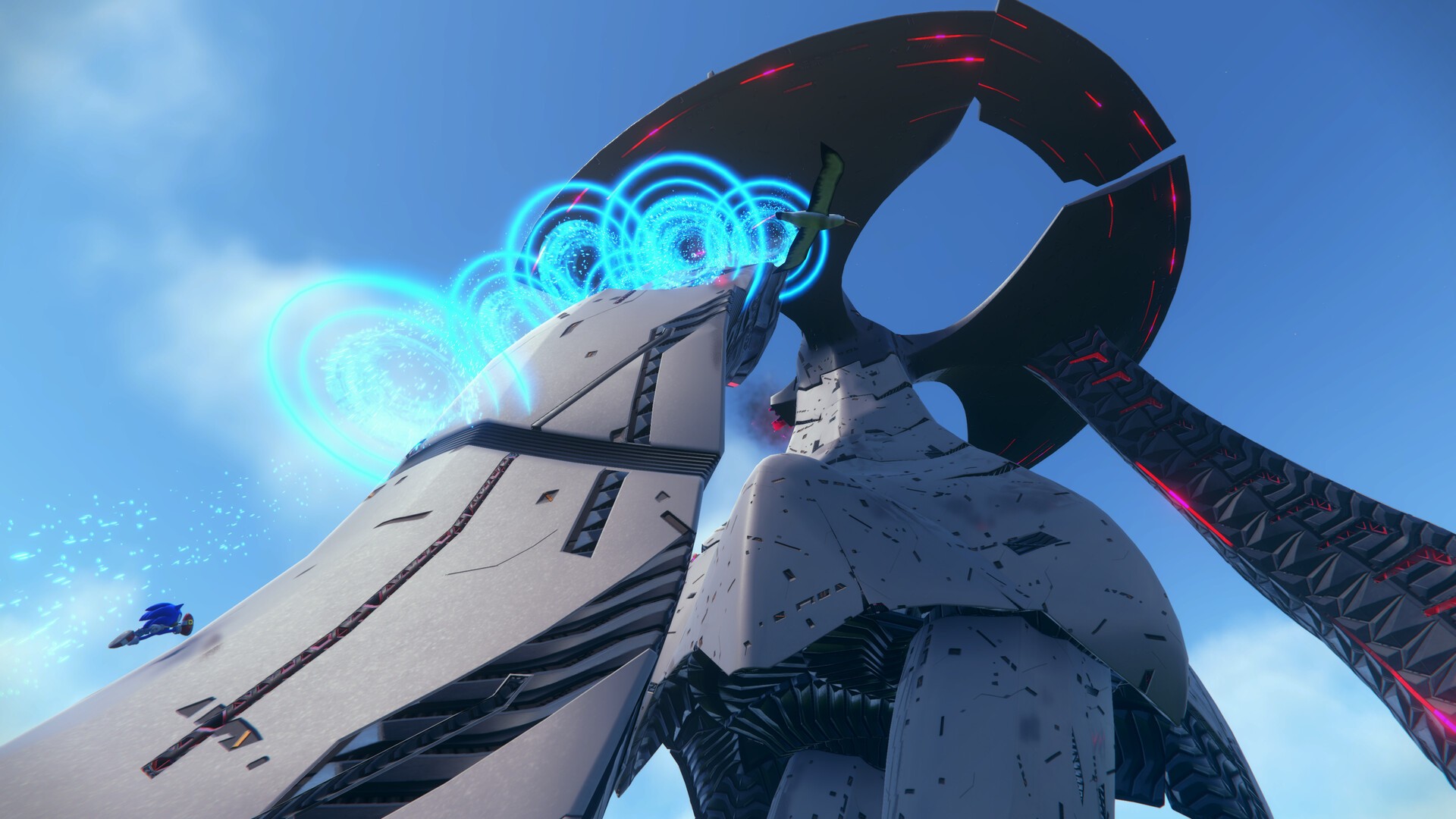 Overall, I quite enjoyed my admittedly short time playing Sonic Frontiers. The game’s open levels seem to be a great evolution of the Sonic 3D platforming action, and the combat is surprisingly compelling despite its seeming simplicity.

Thanks to this, this upcoming Sonic game holds a lot of promise. So, here’s hoping that the rest of the levels, including the whole game, will deliver the same experience that I got in the demo.