The Urusei Yatsura anime remake is releasing next week

The remake of the iconic Urusei Yatsura anime will begin airing next week! 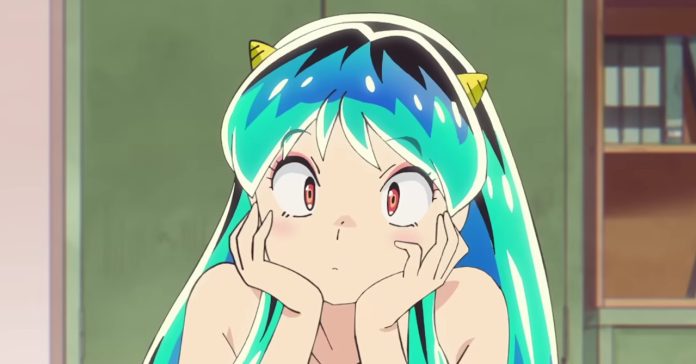 Following its announcement over a year ago, the Urusei Yatsura anime remake will finally begin airing next week on select streaming platforms — talk about a nostalgia trip for classic anime fans!

In case you missed its reveal, you can check out the trailer for the anime here:

In case you’re unfamiliar, Urusei Yatsura is a manga series by Rumiko Takahashi, the legendary manga artist behind works such as Inuyasha and Ranma 1/2. If you haven’t read the manga, you’re probably familiar with the original anime adaptation which aired back in the 80s. The original anime was made by Pierrot and Studio Deen.

“In a high-stakes game of tag, Ataru must touch Lum’s horns in ten days—or aliens will take over the earth! The fact that Lum can fly doesn’t make Ataru’s job any easier. As it turns out, the game of tag is only the beginning of Ataru’s troubles, as he continues to attract strange encounters with otherworldly beings like beautiful snow spirit Oyuki and the sexy crow goblin Princess Kurama!”

As for this remake, the studio handling it is David Production, the anime studio behind recent hits like JoJo’s Bizarre Adventure as well as Cells at Work.

The first episode of the Urusei Yatsura remake will be released in Japan on October 13, 2022. Meanwhile, the series will begin streaming in Asia including the Philippines on Bilibili starting October 14, 2022.

This remake will run for four-cours (or four seasons), meaning it should have over 40 episodes.