Lum's voice actress in the remake dresses up as the iconic Urusei Yatsura protagonist! 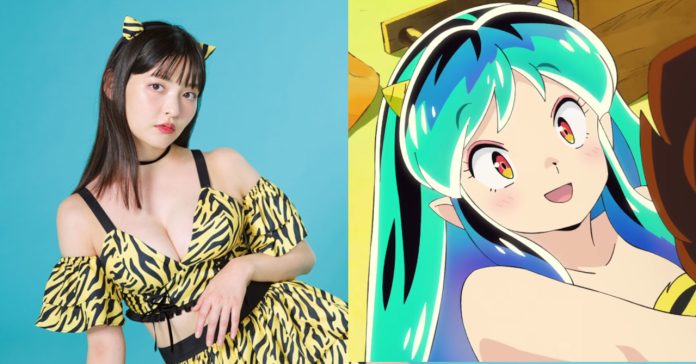 To promote the show’s upcoming release, Lum voice actress Sumire Uesaka for the Urusei Yatsura remake dressed up as Lum in a new photo shoot.

Specifically, this new photo shoot is published in the latest issue of Weekly Shonen Sunday — the manga magazine where the manga series was serialized.

While the shoot is featured only in the magazine so far, images of Uesaka in her Lum-inspired outfit were shared online via the Urusei Yatsura remake Twitter account.

Urusei Yatsura is an iconic manga series by Rumiko Takahashi, the creator of other beloved hits such as Inuyasha and Ranma 1/2. Takahashi’s popular works got anime adaptations in the 80s and 90s, with Urusei Yatsura being the first among them as its original anime series aired back in the 80s.

The manga’s premise is described in the first volume as:

“In a high-stakes game of tag, Ataru must touch Lum’s horns in ten days—or aliens will take over the earth! The fact that Lum can fly doesn’t make Ataru’s job any easier. As it turns out, the game of tag is only the beginning of Ataru’s troubles, as he continues to attract strange encounters with otherworldly beings like beautiful snow spirit Oyuki and the sexy crow goblin Princess Kurama!”

As for the remake, this new anime is made by David Production, the studio behind JoJo’s Bizarre Adventure and Cells at Work. The Urusei Yatsura remake also stars several big-name voice actors, including Sumire Uesaka as Lum, Kamiya Hiroshi as Ataru, Mamoru Miyano as Shutaro, Kana Hazawa as Rin, and Miyuki Sawashiro as Sakura, among others

The first episode of the Urusei Yatsura remake will be released in Japan on October 13, 2022. It will then stream in several countries in Asia including the Philippines on Bilibili starting October 14, 2022.