Not even Odin can save this one. 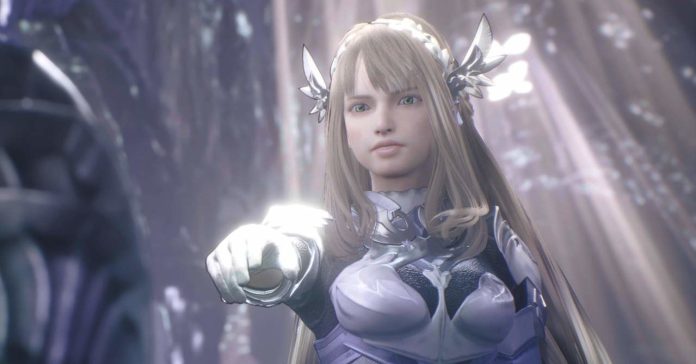 Releasing a follow-up to a game that came out more than twenty years ago is a bold move. Valkyrie Elysium is the latest action RPG from developer Soleil and published by Square Enix.

Valkyrie Elysium’s gameplay is a stark contrast to 1999’s Valkyrie Profile which was a fairly well-loved turn-based RPG during its time. With a clearer focus on flashy real-time action, there is enjoyment to be had with the combat system in Elysium, if only for a short while till it gets a bit too repetitive.

Fans of the earlier Valkyrie Profile games praise them for the intriguing stories and memorable characters, something which Elysium is severely lacking in. The story here stands on its own. If you’re someone who never got to play past entries in the franchise, you don’t have to worry about catching up with any of them to get into this one. The problem is that I don’t really recommend getting into this one. 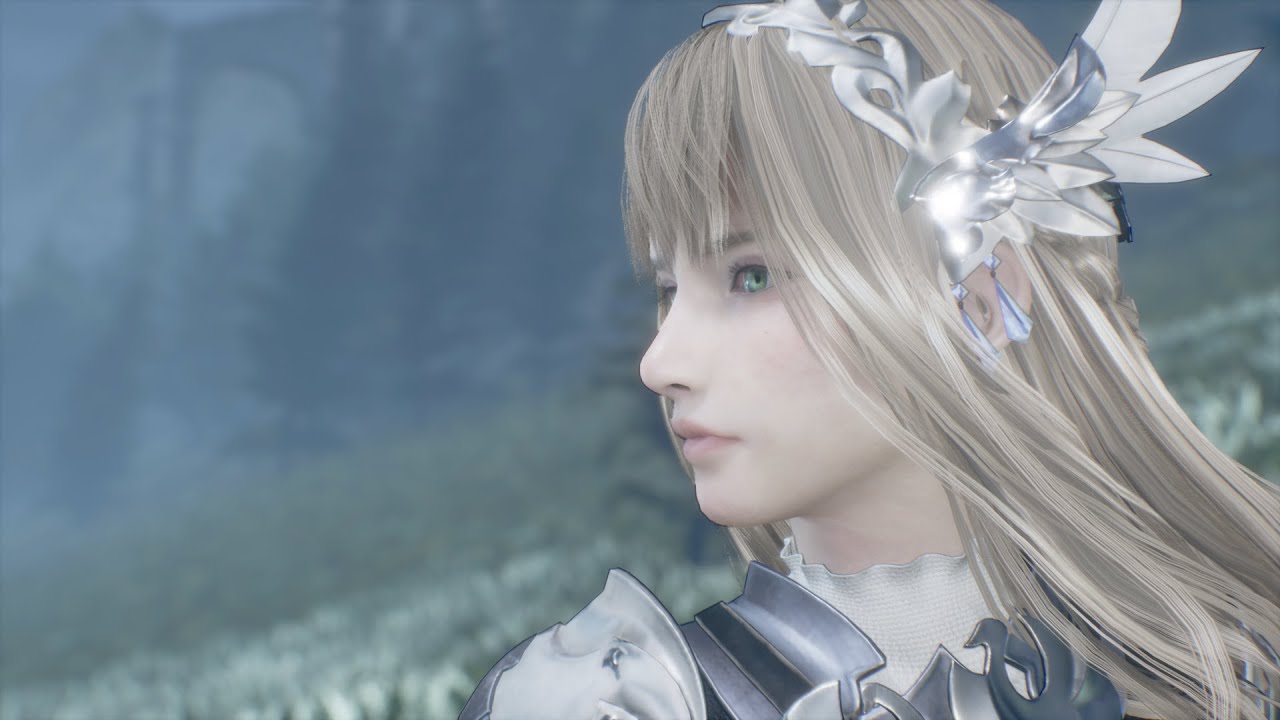 You play as Valkyrie, a warrior deity created by Odin who tasks you with going to Midgard in order to “purify the souls” of the lost so that he can regain control. It’s your typical save-the-world trope that doesn’t do much to separate itself as a compelling narrative.

As far as personalities go, Valkyrie is about as interesting as a wooden plank. Think Jack from Strangers of Paradise without any of the unintended comedy brought by his ridiculous dialogue. The problem with Valkyrie Elysium is that it takes itself way too seriously.

Throughout the 10-15 hour runtime, you’ll be going back and forth between Asgard, a nice looking but ultimately empty area with nothing substantial to do, and in different parts of Midgard where you progress the campaign. In between missions, you’ll be reporting to Odin where he keeps emphasizing how important it is that you keep killing monsters for his power to grow.

As far as pacing goes, Valkyrie Elysium has a very slow start that only somewhat gradually gets a smidge more interesting in the latter parts of the game. For the longest time, Odin keeps telling you how big the stakes are but you as a player aren’t exactly sure as to how or why. The narrative barely does anything to communicate context, especially in the beginning. This makes the first half of the experience a hollow chug.

Send in the guardian angel 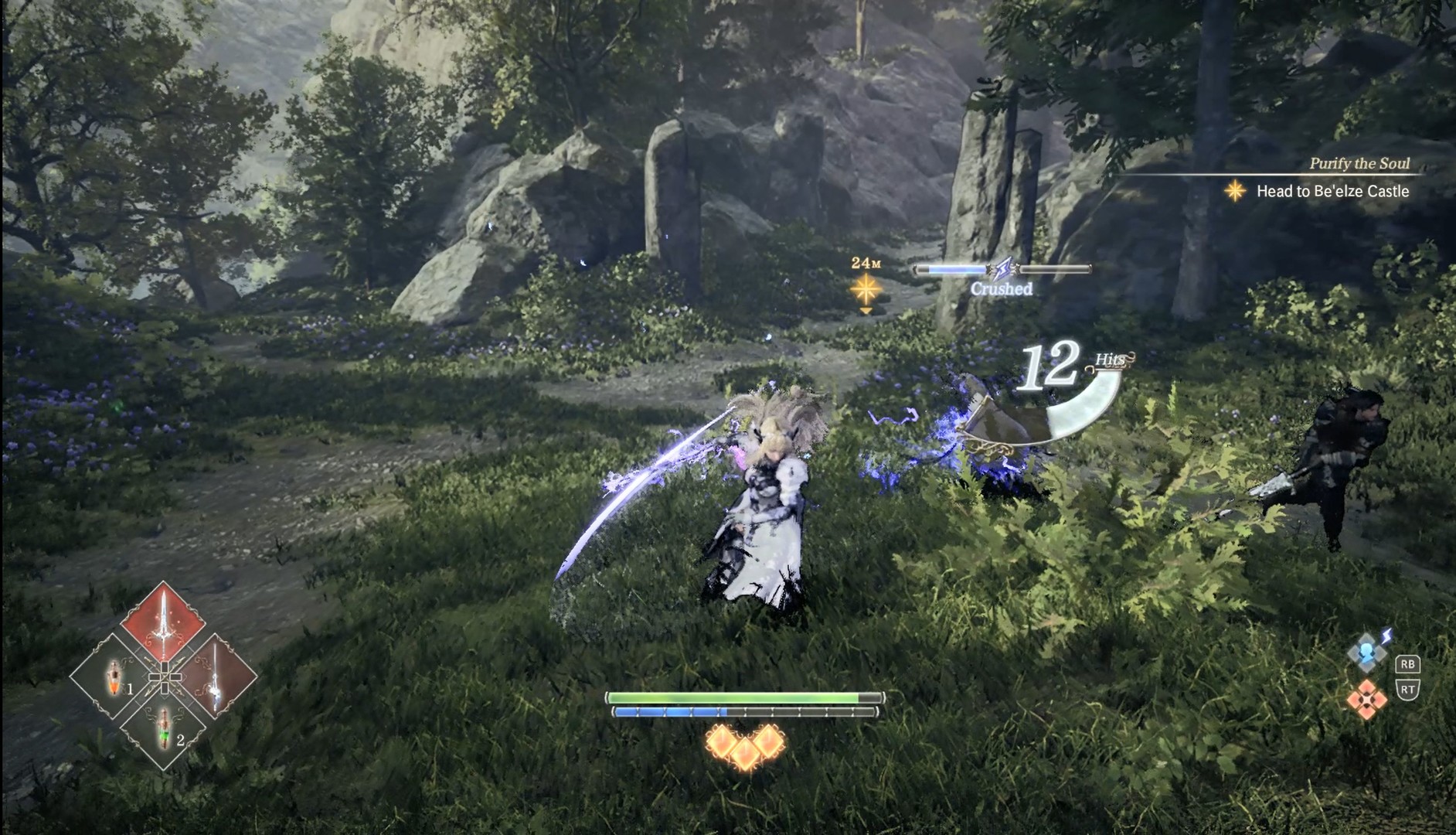 The general combat mechanics are pretty simple here with the usual light and heavy attacks you’d expect from a typical hack-and-slash experience. The opening tutorial does a fairly decent job at informing the player what needs to be done in terms of combos, use of special skills, and solving “puzzles”.

I first thought that Valkyrie was a bit too powerful during the tutorial but then I chalked it up to maybe the developers were just trying to show the player what they can eventually become but I soon found out that even without any upgrades or leveling up, combat is pretty darn easy and, for better or worse, really empowering. I’m all for satisfying power fantasy in games but the lack of challenge Valkyrie Elysium has does rob it of having a compelling gameplay loop.

There are only three difficulty options available and as always, I went for normal mode and I can probably only count by my fingers the number of times I’ve died. I can only imagine just how laid back easy mode will be. If you’re someone who doesn’t like feeling that you can go through a game with more than half your brain shut off, I’d probably recommend going for hard mode.

You’ll be getting access to different einherjars which are basically extra party members that you can summon to help you in combat. Each of them has a specific specialty that proves to be useful in both fighting and exploration. They are easily my favorite addition to the game despite how simplistic their gameplay implementations are. Their presence adds much-needed personality due to how straightforward Valkyrie can be.

Combat also has a much welcome emphasis on elements where you can conjure up special arts to burn or electrify your enemies away, among other things. Some foes have specific weaknesses which are where you have to think about which einherjar to summon and which spells to use. It adds an extra layer of depth to the combat scenarios that save it from the monotony of just using melee attacks. As hard-hitting as they may be, it just feels much better to summon a mini fire tornado on the battlefield every now and then.

To Valkyrie Elysium’s credit, the combat does feel quick and satisfying with all the effects flying around the screen. It looks and sounds great. However, it can get repetitive as early as the first few levels. The extremely linear and bland level design does not help the fact that you’ll just be fighting the same general mobs of enemies over and over and over again

The majority of the gameplay will just be running around large empty spaces, with little to no form of interaction or change, towards the next combat arena. Rinse and repeat until you reach the boss at the end of the level. There will occasionally be a separate path that’s way longer than necessary which will lead you to either a collectible lore text or a lootable chest.

Speaking of loot, you’ll be leveling up Valkyrie and upgrading your weapons with the various resources you collect from defeating enemies and what you find in the levels while exploring. The player can choose between three extremely limiting skill trees which are combat, defense, and support. There’s not much choice or customization to be had in these as all three skill trees have a very linear progression to them.

The good and bad news is that the resources drop in astounding abundance to the point that the first time I tried to upgrade Valkyrie and her default sword (which is the best weapon in the game by the way), I was already unlocking different skills and buffs left and right. And this was just during the first story mission. The only hindrance you’ll have is that certain resources will drop later in the game but other than that, you will get massive power boosts early on. It feels more like artificial padding from the developers because they realize that Valkyrie was getting way too overpowered quickly. 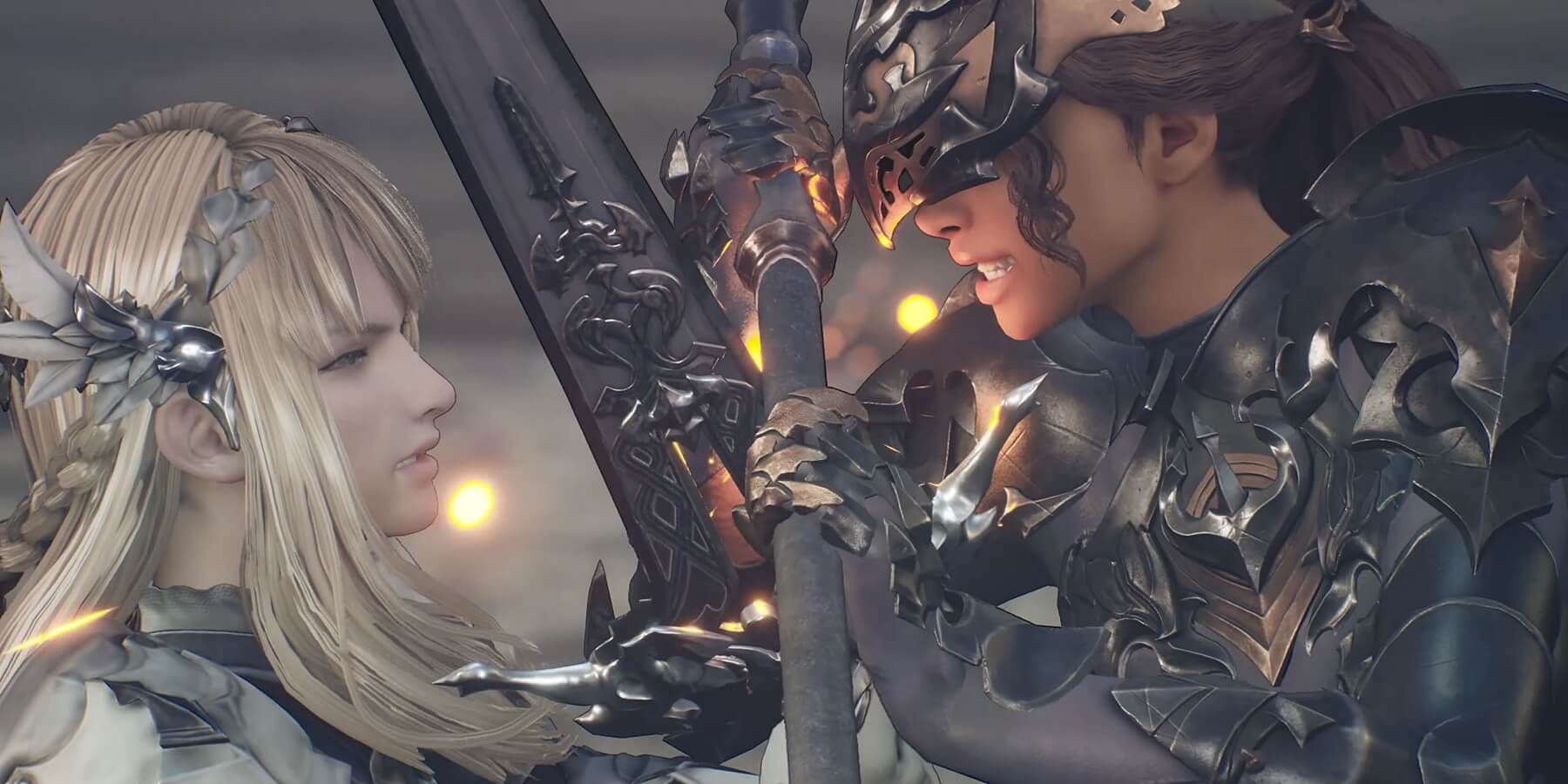 Valkyrie Elysium is a very “okay” type of game. While combat does look and feel great, it doesn’t offer anything new to set itself apart from the rest of the pack. The story is easily the worst part of the package.

As far as the performance goes, the game ran fairly well on my PS5 aside from slight frame drops when combat is ramping up given the number of effects on screen. There is an enemy type that will be introduced in the latter half of the game that will definitely contribute to this slowdown so watch out for that. Additionally, asset and texture pop in with the foliage is extremely noticeable and distracting during exploration.

The camera system can get a bit cumbersome, especially in tight areas or when fighting near walls. Other than the standard lock-on mechanic, there is a soft lock that the game does for you. I spent half the time fighting this and the camera during tense combat scenarios.

If you’re a fan of the earlier Valkyrie Profile games, you might get a kick from Elysium but you may be turned off by the sudden shift from turn-based combat to real-time action. If it’s the story you’re looking for, you won’t find much here worth experiencing more than a YouTube summary.

Valkyrie Elysium feels like it should’ve been released more than two console generations ago. The flashy combat system barely uplifts the experience from bland characters, uninteresting story, and outdated level design that borderline on feeling like it could’ve just belonged to a mobile game. Valkyrie Elysium Review | In Need of Divine Intervention