vivo ticks all the right boxes with the V25 Pro. 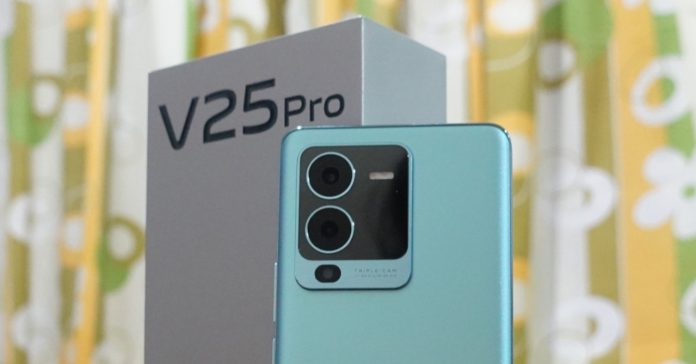 Recently, we reviewed the V25, the latest premium smartphone from vivo. But it’s actually not the only new phone from the brand recently as vivo also released two other V25 devices – the V25e and the V25 Pro.

Now, we’re taking a look at the V25 Pro, the highest-end model of the new premium lineup. While it’s not vivo’s actual flagship (the X80 and X80 Pro are the true top-of-the-line models), the V25 Pro might as well be called a flagship as it packs a powerful processor, a premium display, and promising cameras. Specifically, the phone is powered by a Mediatek Dimensity 1300 processor and packs a large 6.55-inch display with curved edges. It also features a triple rear camera setup along with a 32MP front shooter.

On paper, the V25 Pro is a promising smartphone from vivo that promises a flagship experience without having a price tag that reaches (or breaches) the PHP 50k mark. But does it perform in actual use? Find out here in our vivo V25 Pro review! 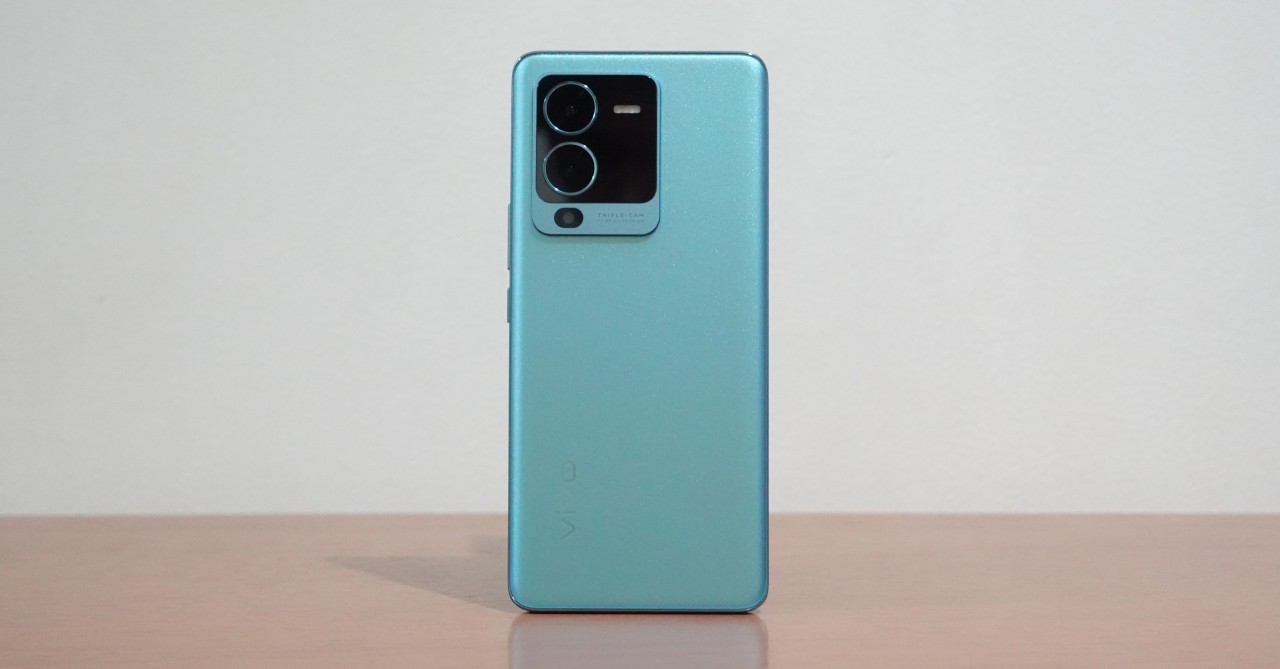 To start with, let’s first take a look at the phone’s design. If you didn’t know about vivo’s full lineup, you might think that the V25 Pro is the brand’s flagship device. This is thanks to the sleek and stylish design along with the curved edges, both on the front and the back. 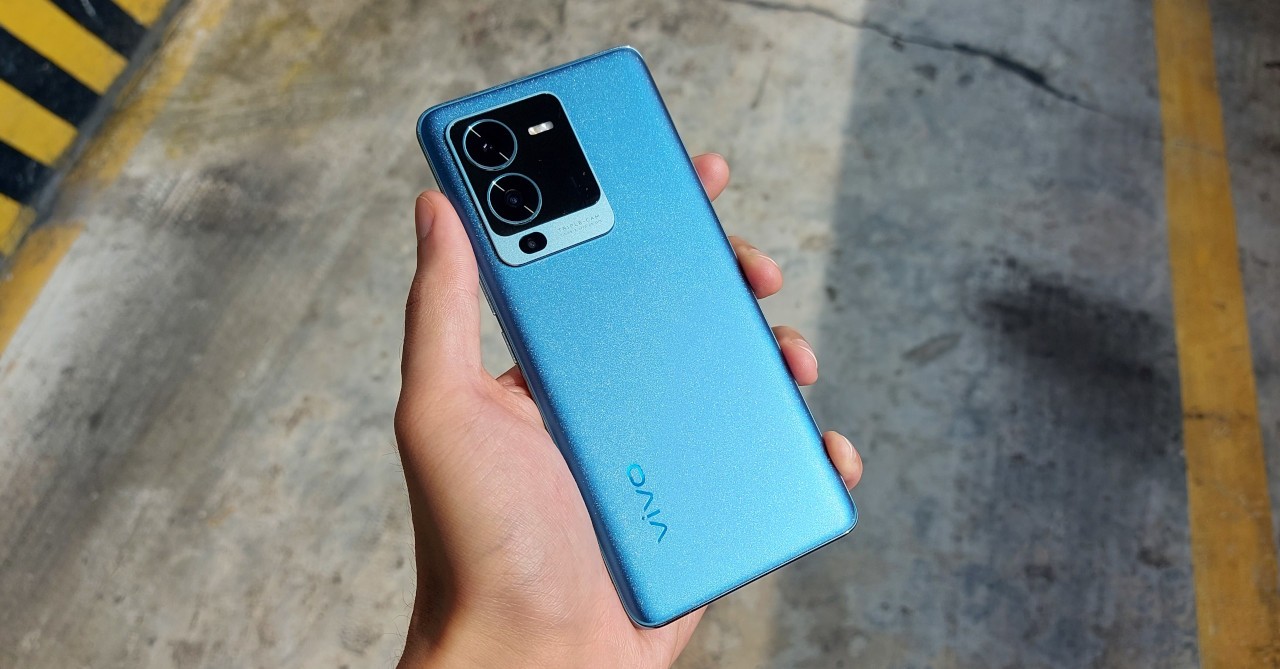 For the V25 Pro in the Sailing Blue colorway, it changes from a lighter to a darker shade of blue when put under light. You can even get creative and cover a part of it while under sunlight or UV light to give the back a unique pattern. Take note though, the color refers to the standard light blue after some time, meaning it’s not a permanent change. Plus, the color-changing feature only works without the case, so you’ll need to go caseless if you want to have it change colors. 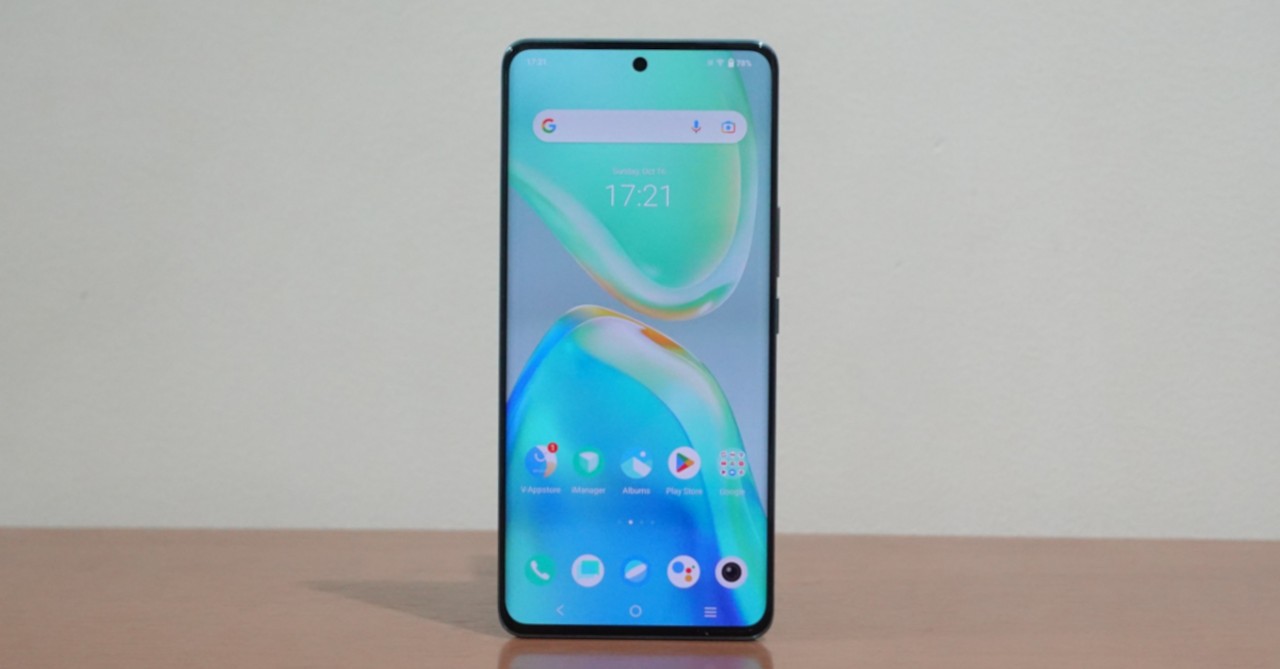 Moving to the front, the V25 Pro looks like a true top-of-the-line phone instead of a midrange device as it features incredibly slim bezels at the top, bottom, and sides. The curved edges of the display also help give it a truly high-end look. After all, you don’t often get curved displays below the flagship segment. 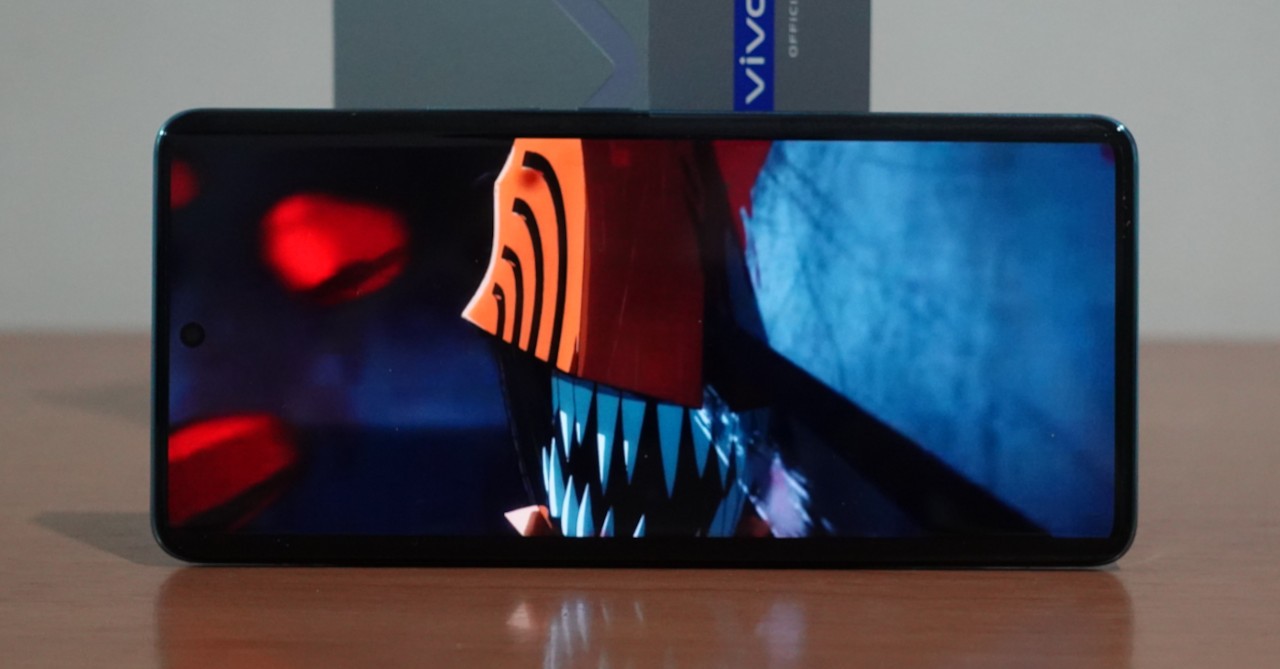 Speaking of its display, the phone’s 6.55-inch display has a 1080p resolution and is an AMOLED panel. Thanks to this, the phone is an excellent partner for binge-watching as it has noticeably more vibrant colors and deeper black compared to an LCD screen. So, if you like watching movies and shows while on the go, you won’t be disappointed with the V25 Pro.

As for sound quality, the phone features a single bottom-firing speaker that outputs good-quality audio. Unlike some phone speakers which can sound tinny, the V25 Pro’s speaker is clear and has decent bass output. Though we would’ve preferred it if the phone had stereo speakers.

Of course, for the best binge-watching or music-listening experience, you’d want to have external speakers or headphones. With the V25 Pro, you’ll need wireless speakers/headphones as it does not have a 3.5mm headphone jack. 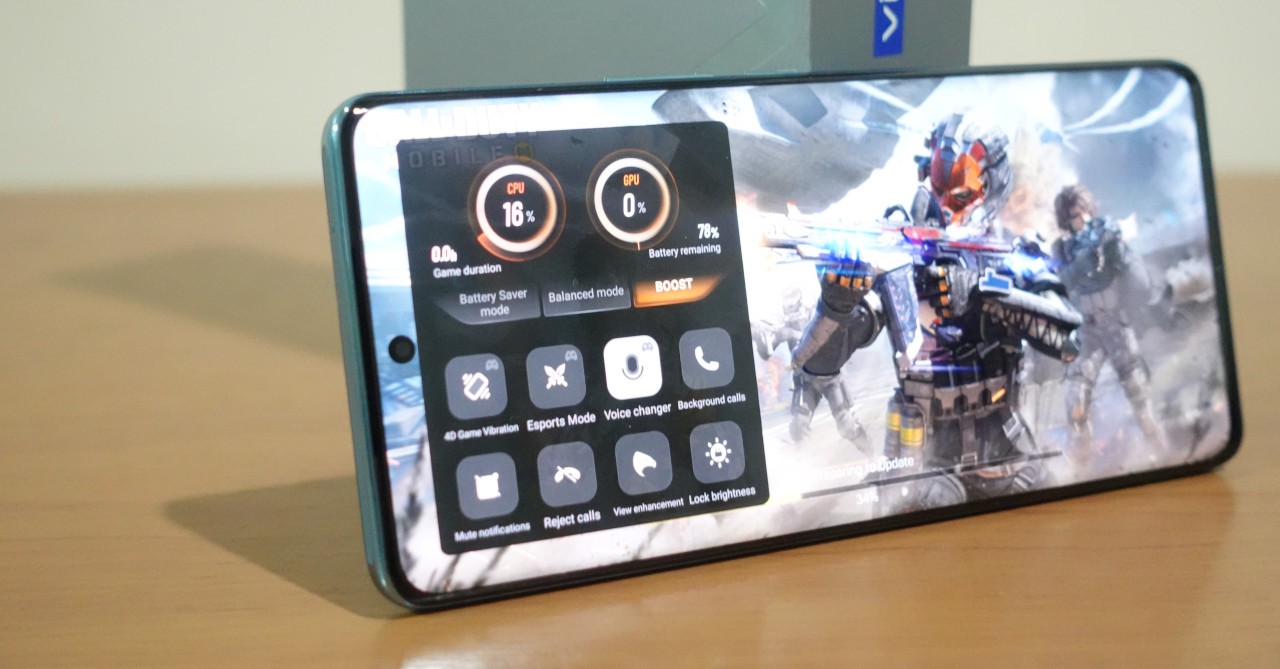 As mentioned above, the V25 Pro is powered by a Mediatek Dimensity 1300 processor, and this is complemented by 12GB of RAM. Thanks to this combo, the V25 Pro is a great gaming smartphone, whether you play more casual titles or the most demanding mobile games.

For instance, the phone can easily play the most popular games today like Mobile Legends and League of Legends: Wild Rift even at the High graphics settings, all while having a smooth 60FPS framerate.

The same can be said for shooters such as Call of Duty: Mobile and PUBG Mobile. Both games also ran smoothly with no issues at the higher graphics settings. What’s great aside from just performance is that the phone did not heat up even if we played continuously for over an hour.

Even the most demanding games like Genshin Impact were no problem with the V25 Pro. Though for these demanding titles, you may want to play around with the graphics settings for your preferred framerate and to make sure it won’t drain the battery too hard.

For photography, the V25 Pro packs a 64MP main + 8MP ultrawide + 2MP macro triple rear camera setup along with a 32MP front shooter. This setup is almost flagship-level except for the lack of a telephoto camera. First up, let’s take a look at how the V25 Pro performs.

For daytime photography, the V25 Pro does not disappoint as it is able to capture great quality shots in daytime with lots of detail and good colors. Its performance indoors is also good as photos are still of great quality so long as there’s a good amount of indoor light.

As for night photography, the V25 Pro continues to impress. Thanks to the main camera’s optical image stabilization and night mode, the V25 Pro can capture impressive night shots with lots of detail and sharpness. Though the colors can be a bit on the vibrant side when taking Night Mode photos.

Moving on to the ultrawide, this camera can also take good photos in daytime and indoors, though there is a dip in quality for low-light photography. But with Night Mode, photos are more usable.

The 2MP macro camera performs as you would expect as it performs decently well in daytime and outdoors, but the image quality isn’t as good indoors and especially in low light.

Finally, selfies are of great quality with the V25 Pro’s 32MP front camera, whether you’re taking photos in daytime or at night. Though the AI beautification feature is a bit on the aggressive side. 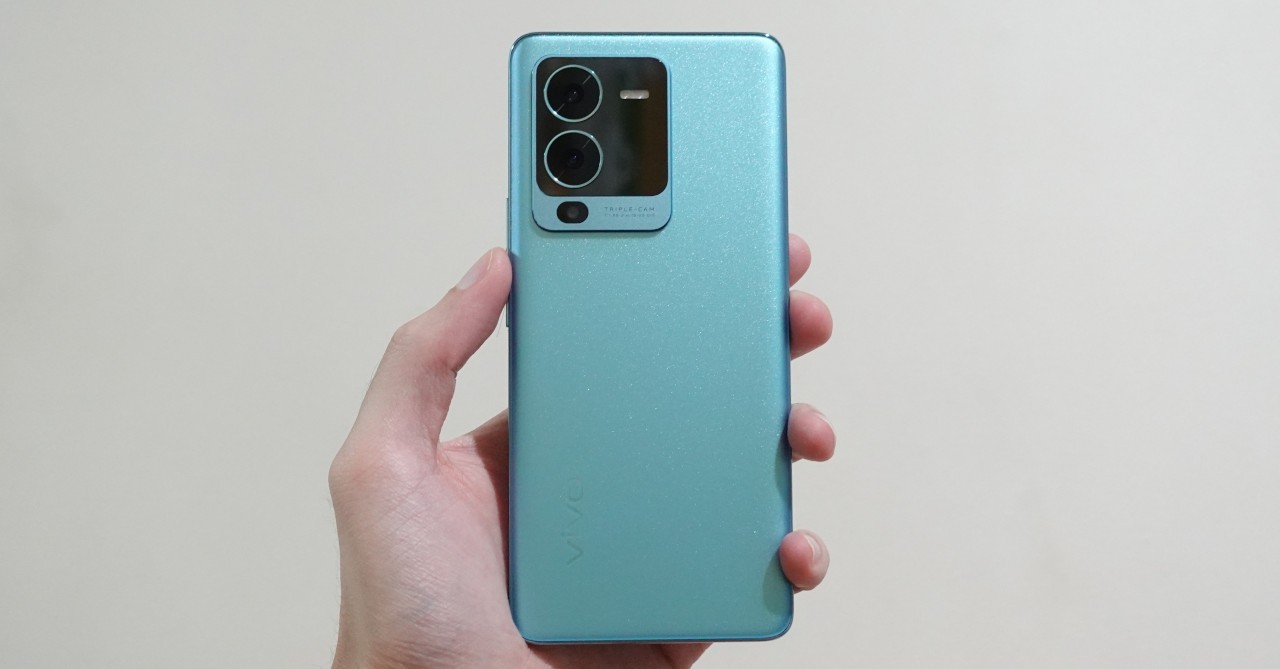 As it performs well for gaming, it shouldn’t come as a surprise that the phone is also a great performer for everyday use. During our time reviewing the phone, it did not slow down, even when using it for some photo/video editing. The 12GB of RAM plus extended RAM feature (which borrows memory from the internal storage) is also helpful for ensuring that the phone does not slow down, even when there are multiple apps open.

While there is plenty of memory, the phone’s 256GB of storage is not expandable. While 256GB should be plenty for most users, those who want even more don’t have the option of using a microSD card to add even more storage, so that’s something worth noting. 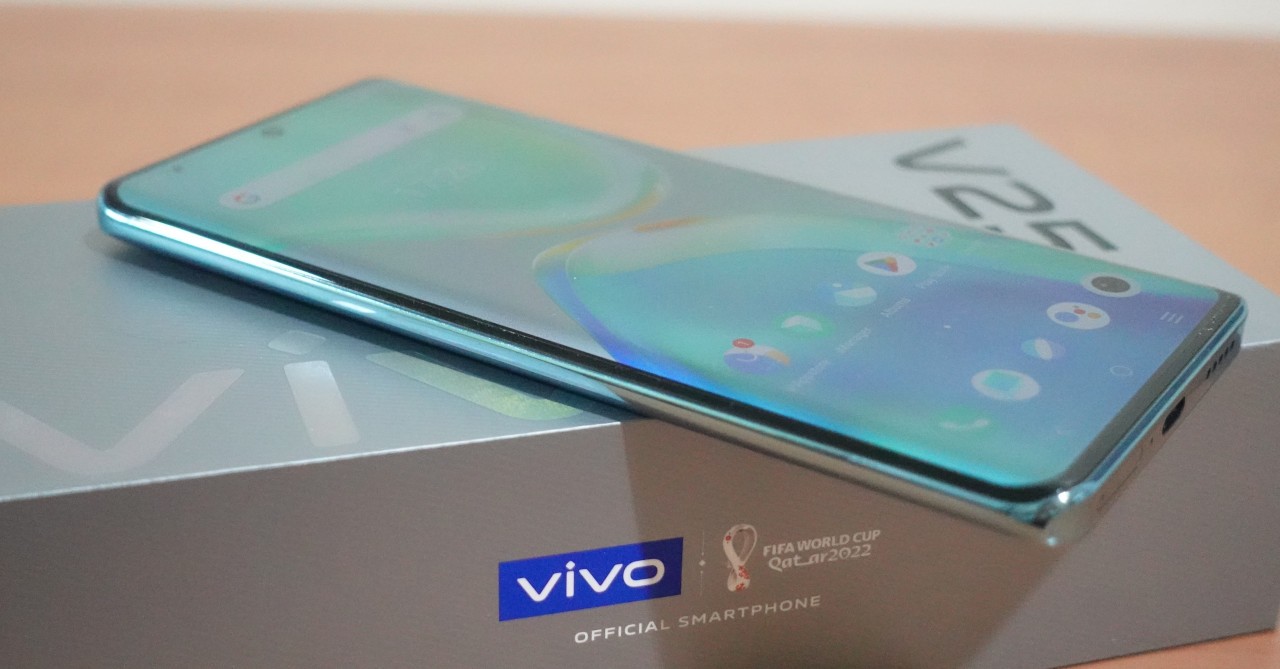 As for battery life, the V25 Pro does not disappoint in that regard. Thanks to the large 4830mAh battery, the V25 Pro can easily last for a day on a single charge in our tests. As someone who doesn’t tend to use a phone that heavily, I found that I can extend its battery life to over a day and a half.

Though if you do need to charge, the phone features a 66W fast charger which lets the phone charge extremely quickly. So, if you forgot to charge the V25 Pro the night before, a 15-minute charge can get you to 40%, while you can get to around 70% in just 30 minutes. 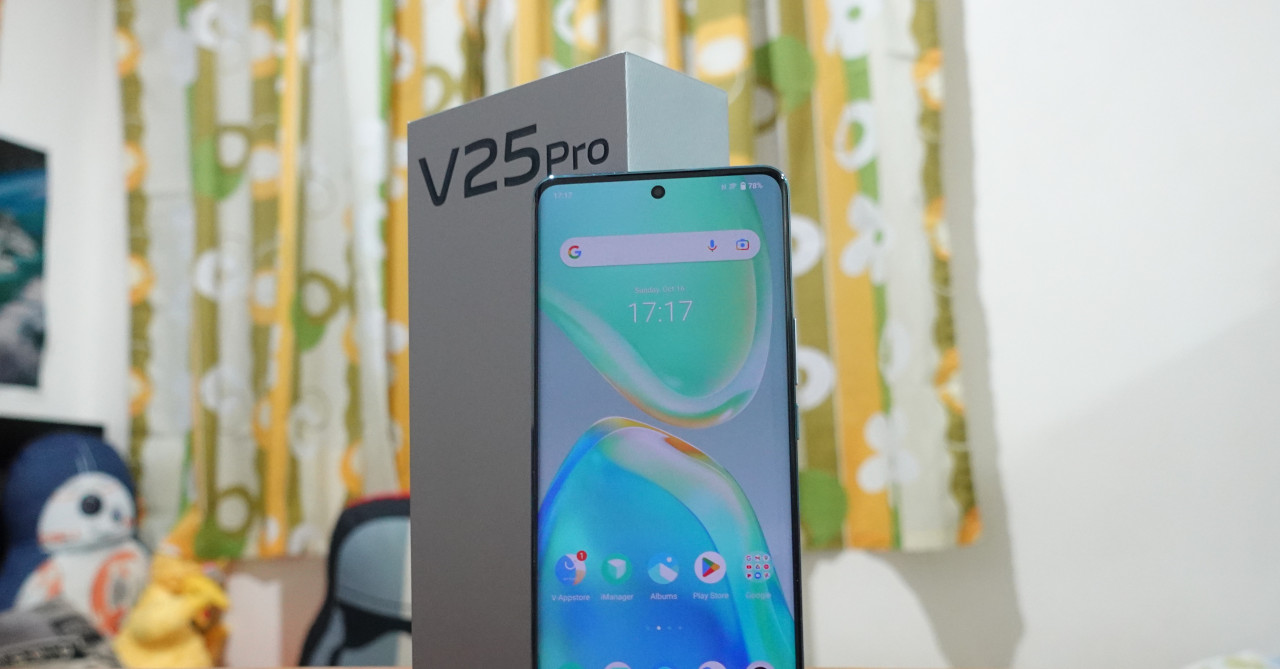 Thanks to its great display, powerful performance, and capable cameras, the V25 Pro is overall another great smartphone from vivo. Its excellent battery life and great gaming capabilities also make it a great upgrade choice.

Of course, it’s not a perfect phone as it would be even better if it had stereo speakers, expandable storage, and a dedicated telephoto camera. Though if you’re fine with these, the V25 Pro is worth considering instead of a more expensive flagship, all without sacrificing much. After all, at PHP 29,999, the V25 Pro undercuts today’s popular flagships massively.