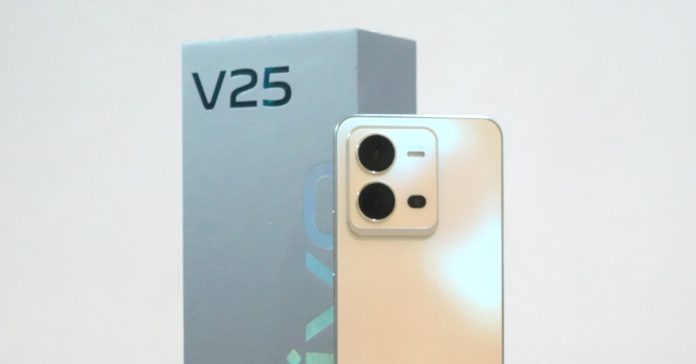 vivo recently launched the V25 series in the Philippines, and it features three devices: the V25, V25e, and the V25 Pro. While all three phones have slightly different specs, they all promise to deliver when it comes to photography as well as performance and design.

For now, we’re taking a look at the vivo V25, the base model. While it may not have Pro in its name, it’s still very much an impressive device based on its specs sheet. Aside from being powered by a Mediatek Dimensity 900 processor, the phone features a 50MP front camera. Yes, this phone has a selfie shooter that’s typically reserved for the main camera, meaning it promises great selfies and self-portraits (with a nice bokeh effect).

The phone is quite impressive based on the specs sheet. But does it deliver for actual use? Well, here’s our review of vivo’s new V25. 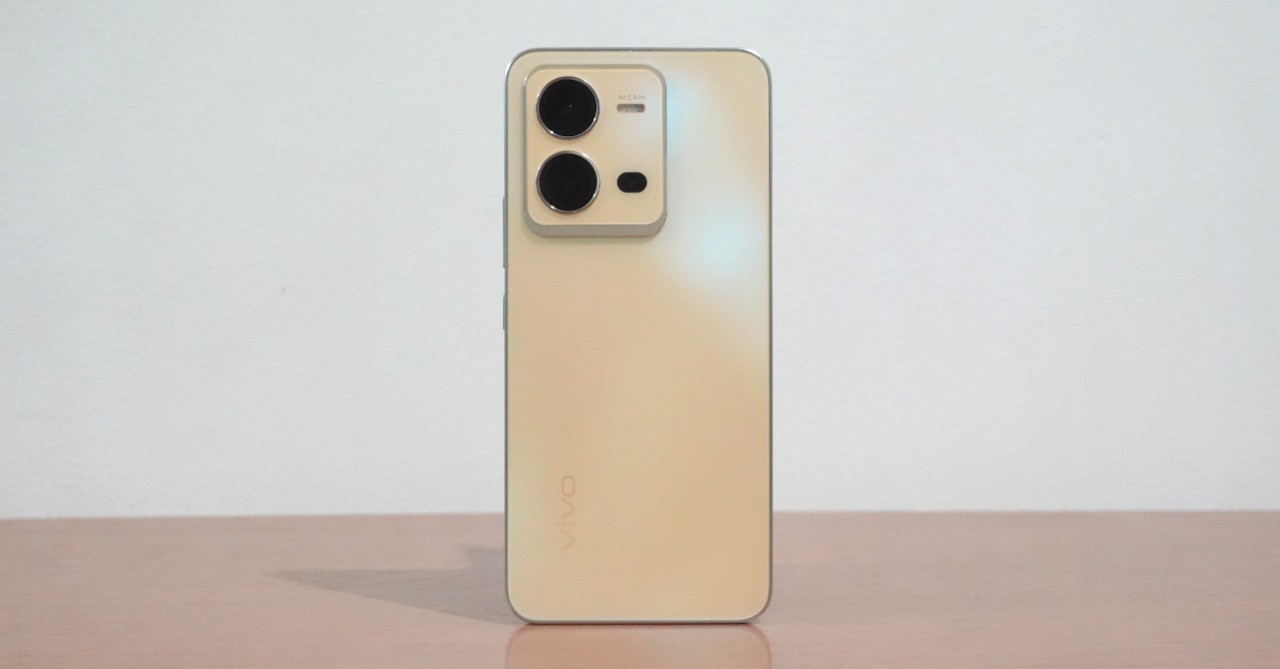 Before we take a look at the phone’s cameras and performance, let’s first check its design. This is a key feature of the V25 as it packs the Photochromic 2.0 feature which lets it change color.

Yes, it actually can change color! In its Sunrise Gold colorway, it has a golden hue normally. But when you put it in direct sunlight or under UV light, the phone’s back turns into an orange-red color. You can even get creative by covering a part of it while putting it under sunlight for some cool patterns. 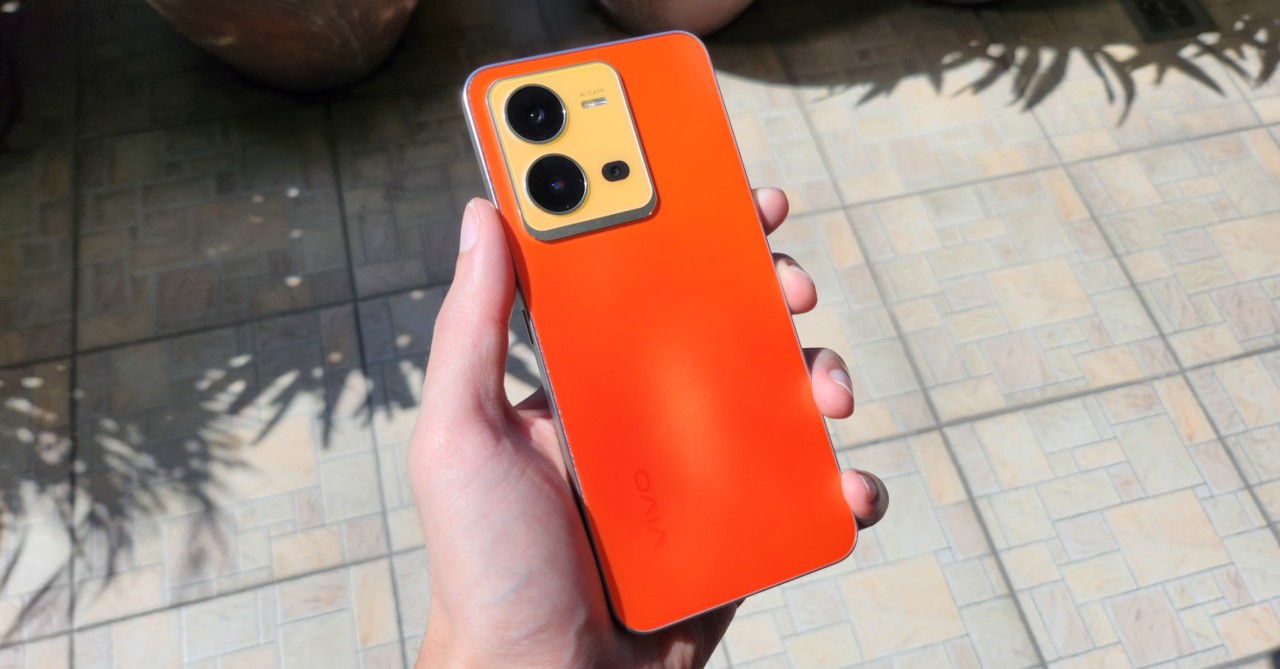 Take note that this is not a permanent color change. The phone will go back to its gold color after a couple of minutes. While it’s a fairly short change in color, it’s a pretty cool feature to have for users who want a phone that can stand out. It also helps that the Philippines is a sunny country so the phone should change color quickly while you’re outside (so long as you don’t use a case that is).

Taking aside the color-changing feature, the V25 looks quite good, and it feels great in the hand too, making it comfortable to hold for everyday use. Plus, its’ flat edges and grippy feel make it great for gaming. 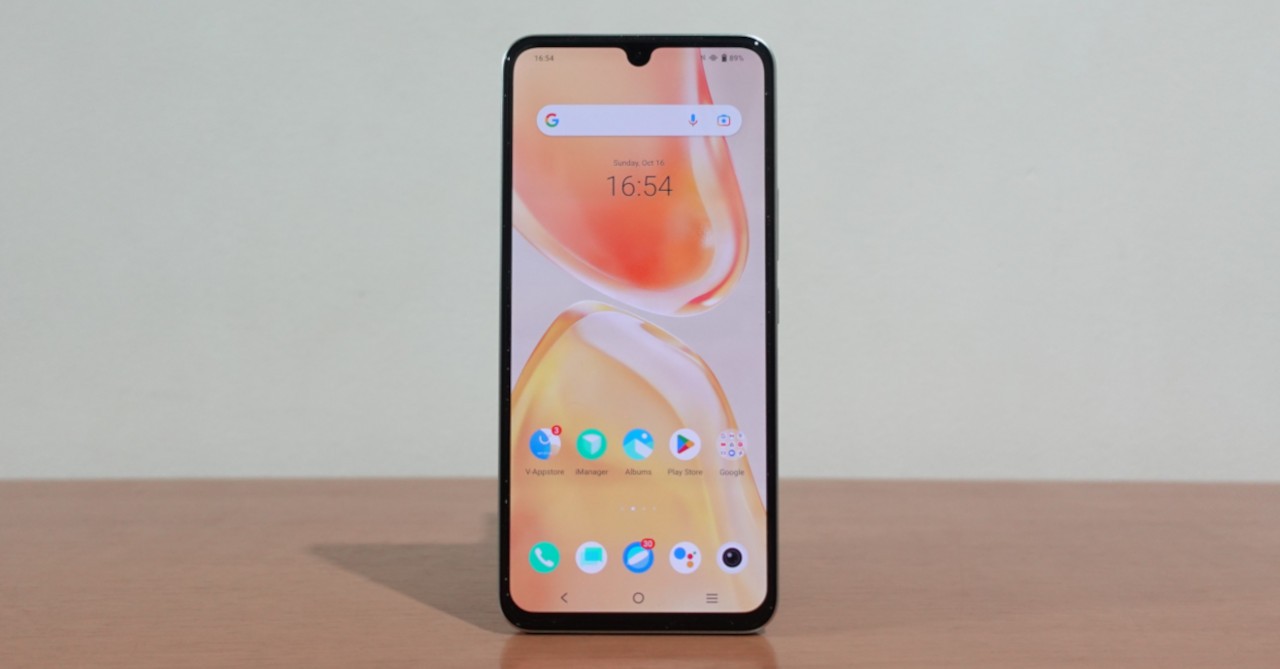 At the front, the phone has a 6.44-inch screen with fairly slim bezels. While not the most “all-screen” phone out there, the V25 should still satisfy those who want a premium-looking device. 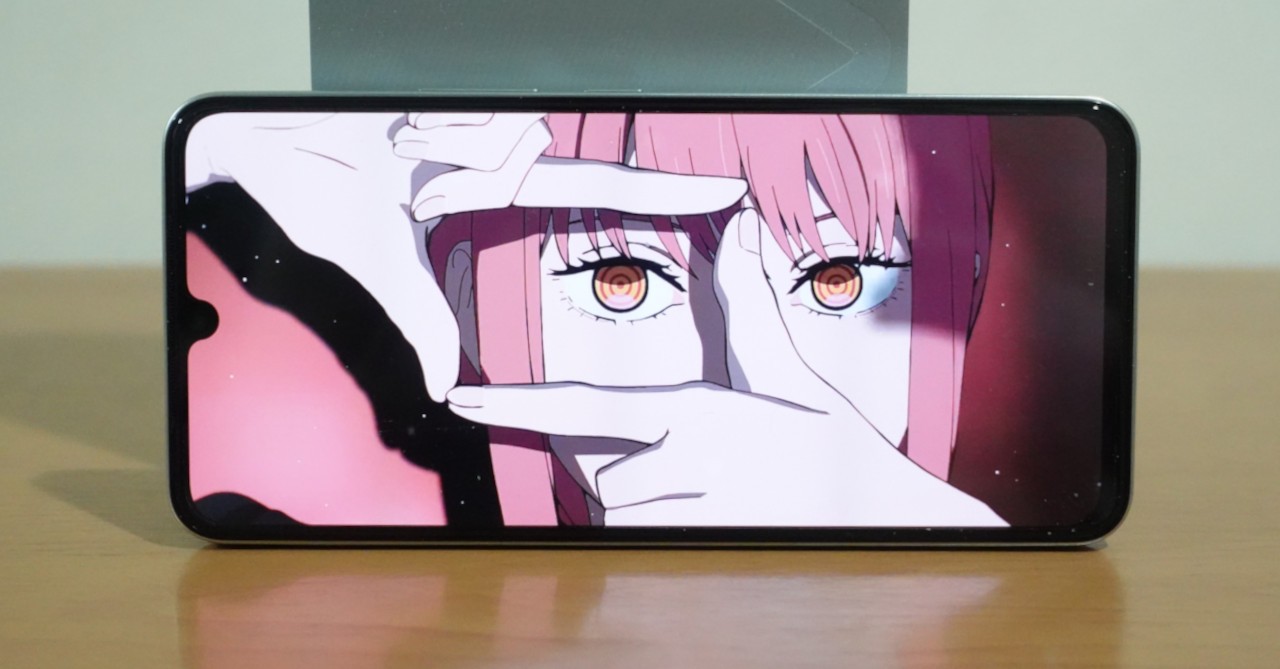 Speaking of display, the vivo V25’s screen is AMOLED with a Full HD+ resolution and a 90Hz refresh rate. Thanks specifically to the AMOLED screen, the V25 is a great partner for binge-watching as it outputs vibrant colors with deep blacks – this is great for watching movies as the black bars will be practically unnoticeable.

As for audio, the phone’s internal speaker has pretty good audio quality which should be fine for watching some videos. Though for the best experience, having a pair of headphones or external speakers is recommended. But you do need wireless headphones/speakers as the phone does not feature a 3.5mm headphone jack. A headphone jack would’ve been nice, but a lot of phones in this price range do omit this feature given that many people now opt for wireless earbuds. 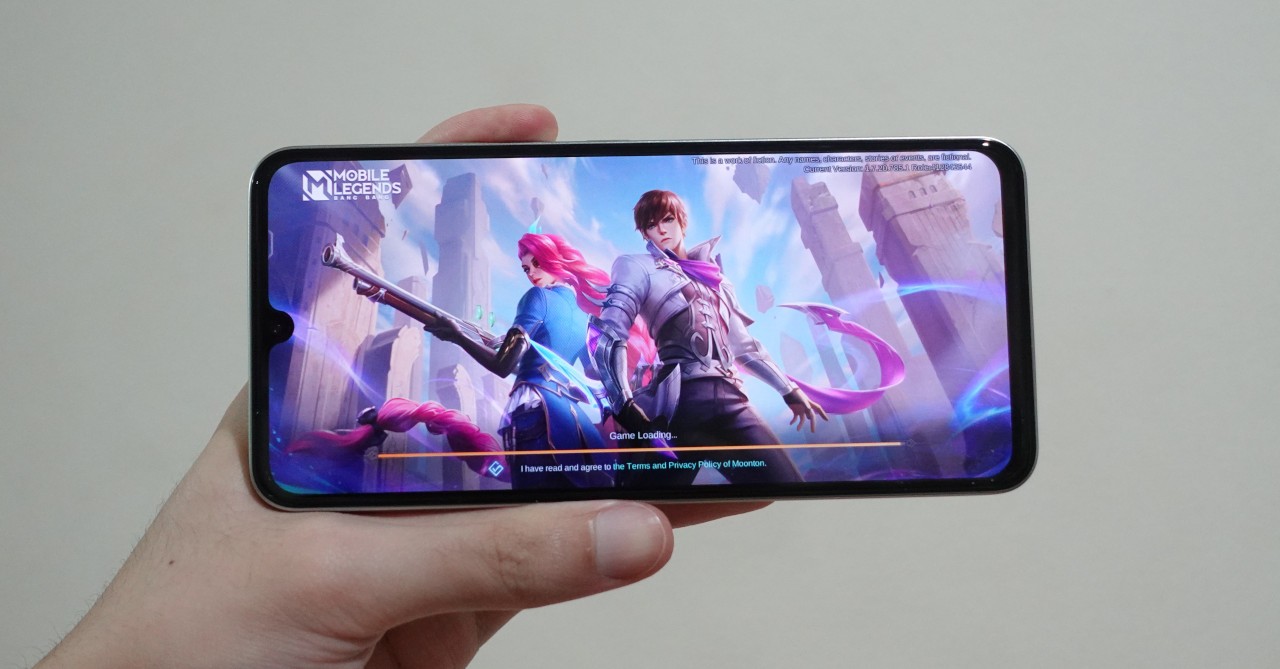 As mentioned before, the V25 is powered by a MediaTek Dimensity 900 processor, and it is paired with 8GB of RAM. The processor is also 5G ready, meaning users can take advantage of faster mobile data speeds with lower latency, provided that they’re in a 5G area.

For games, the V25 does not disappoint. When playing popular MOBAs like Mobile Legends: Bang Bang or Wild Rift, the phone is able to run them at higher settings with ease, all while having great connectivity and a stable framerate.

Moving on to shooters like Call of Duty: Mobile, the V25 also has no issues on the Medium settings as the game felt smooth to play on vivo’s new phone.

As for the most demanding titles like Genshin Impact, the V25 can run them, but you may want to play around with the settings to get a smoother framerate. After all, while the Dimensity 900 can trade blows with a flagship processor in some aspects, it’s not on the level of the Dimensity 1300 processor (that powers the V25 Pro model).

For its cameras, vivo packed the V25 with a 64MP main + 8MP ultrawide + 2MP macro triple rear camera setup, as well as a 50MP front shooter. First, let’s take a look at its main camera’s capabilities.

The 64MP main shooter is able to take great photos in daytime, with fairly accurate colors and lots of detail. It also does well with indoor shots as images with artificial light still turn out well more often than not.

At night, the main camera also delivers thanks to the phone’s Night Mode. While auto mode shots in low light are decent, it’s better to use Night Mode for brighter, more detailed photos. A likely reason for its good low-light performance is the optical and electronic image stabilization on the camera, meaning it can produce sharper images even in low light.

This image stabilization combo also makes it a great partner for videos, especially for vlog-style videos while walking. To get the best results, the Ultra Stabilization feature is a must.

The phone’s ultrawide camera is also quite good for daytime shots. While low-light shots aren’t as good, they’re still pretty decent with the Night Mode.

As for the 2MP macro, it performs as you would expect it to, with shots in daytime being decent while indoor images may be fuzzy and lacking in detail.

Finally, the 50MP selfie shooter does not disappoint. Selfies are near guaranteed to be great with this shooter. We particularly like how great it is for portraits, even at night as you can still get a nice background blur even if you’re taking a portrait selfie in low light. Plus, the 50MP front camera is also great for shooting vlogs given the video quality that it provides. 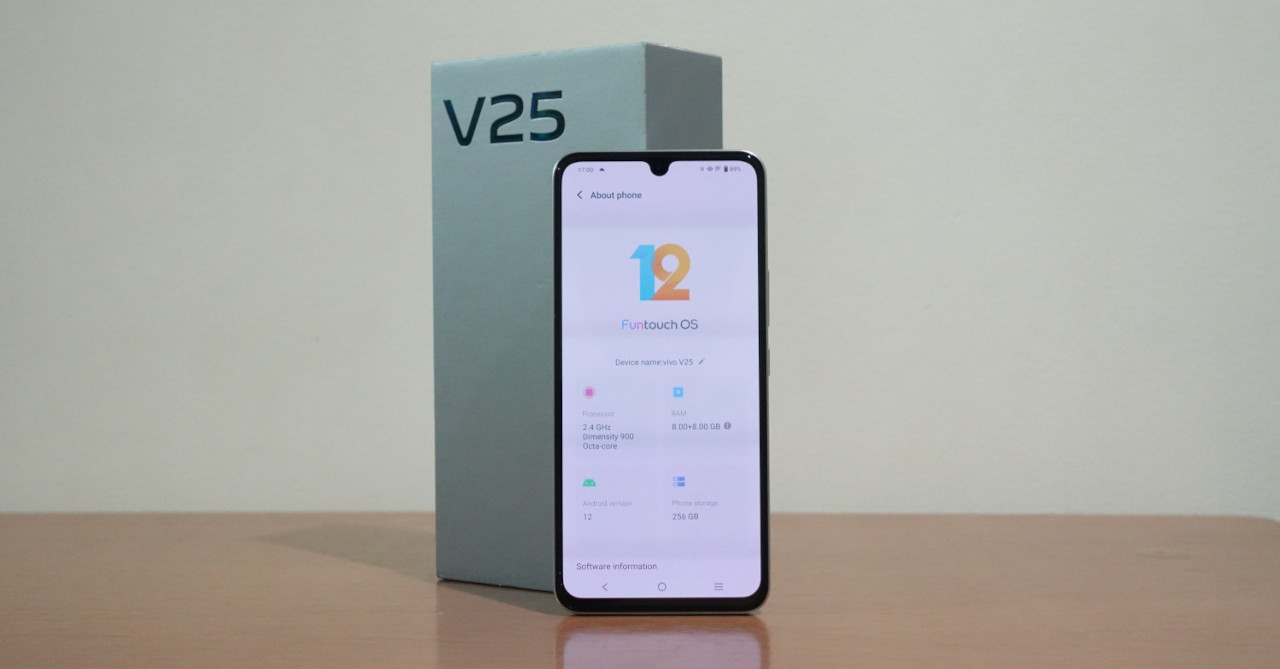 Aside from being great for gaming, the vivo V25 is also excellent for everyday use. During our time with the V25, the phone did not slow down at any point as it ran near flawlessly, whether using social media or work apps, as well as when scrolling through the menu. 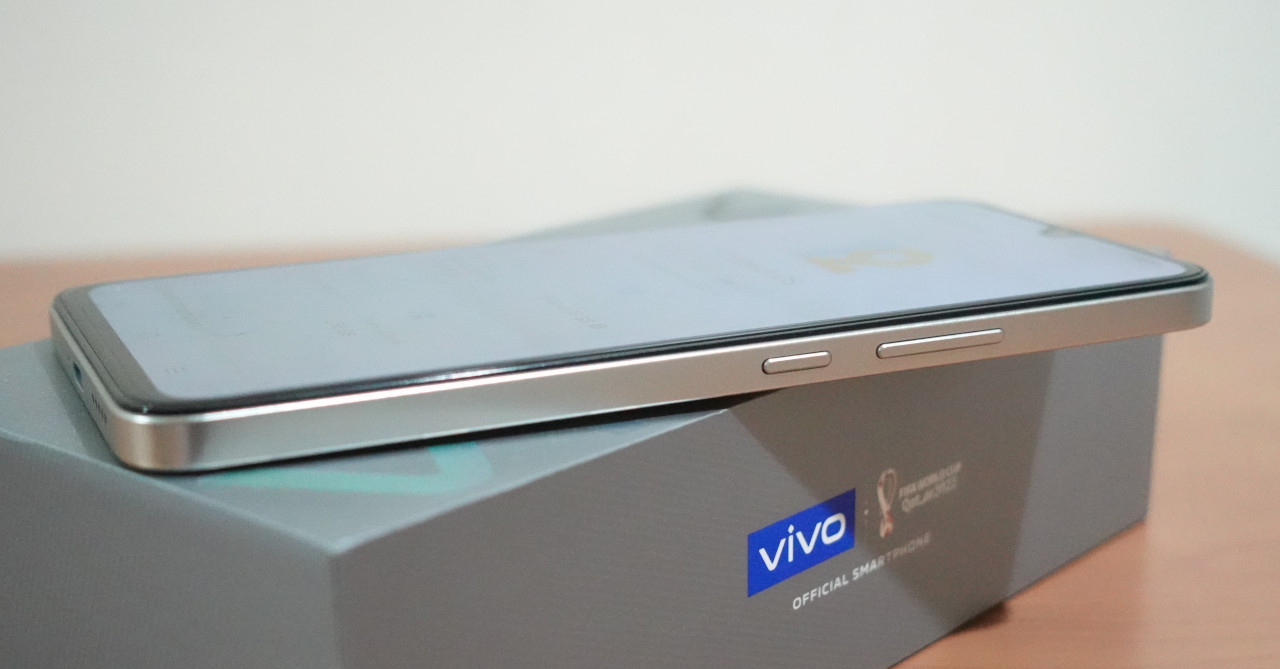 What also adds to its great daily usability is the battery. This phone features a 4,500mAh battery which lets it last for a day of use or even more. And if you do need to charge (say you forgot to charge the phone the night before), the V25 has a 44W fast charge support. This means you can get the phone from 0-60% in just around 30 minutes. A full charge also shouldn’t take too long even with the fairly large battery capacity. 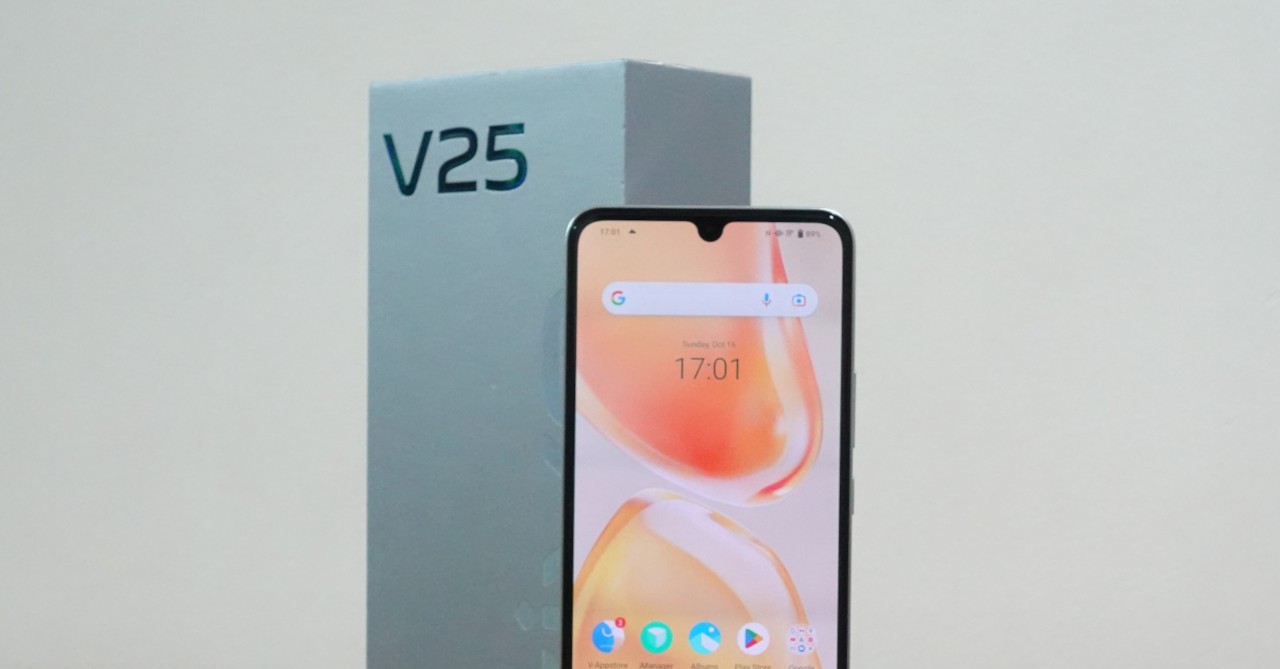 Aside from having great specs, the vivo V25 delivers in actual use. Aside from having a unique color-changing design, the phones’ performance and battery life also don’t disappoint. Though best of all, its cameras – specifically its front camera – are great at both photos and videos.

The vivo V25 is priced at PHP 23,999 which is a bit on the expensive side for a premium mid-ranger. Though if looks and a great front camera are priorities for you when it comes to shopping for a new Android phone, the V25 should definitely be on your radar when looking for a phone upgrade.