Alice in Borderland Season 2 comes out on Netflix this December!

Alice in Borderland and its much-awaited second season are just around the corner, and everyone’s hyped to find what card-based death games await our gang. Onboard that same hype train, we recently got a chance to sit and chat a bit with Tao Tsuchiya, whom we all know as the tough, parkouring badass Usagi from the series. She was all smiles this time around, so we didn’t have to worry about her kicking our asses–for now.

This is completely spoiler-free territory, so you can all rest easy. That being said, it was nice to know a bit more about Tao, and her experiences throughout season 2’s production.

Alice in Borderland Season 2 will be dropping sooner than you think, and it’s safe to say that expectations are high, given the amount of action, tension, and suspense season 1 brought. Tao tells us a bit about her preparations, favorite moments, and overall feelings surrounding the second season’s production–of course, without giving too much away.

Usagi has always been a very athletic character, and with a background in rock-climbing, we were treated to a lot of scenes with parkour and straight up death-defying stunts.  When asked about the preparations, she said, “How I prepared was basically, my character has lost her father and she has her despair towards society. Having those things in mind, and by meeting Arisu, her emotions become richer, but she’s a character who has never experienced martial martial arts or combat. When she is in a battle, her movements can’t look too cool. So instead of trying to accomplish cool movements or cool action sequences, I always wanted to put her emotions behind her maneuvers or movements. So, that’s how I prepared [for] my part.” 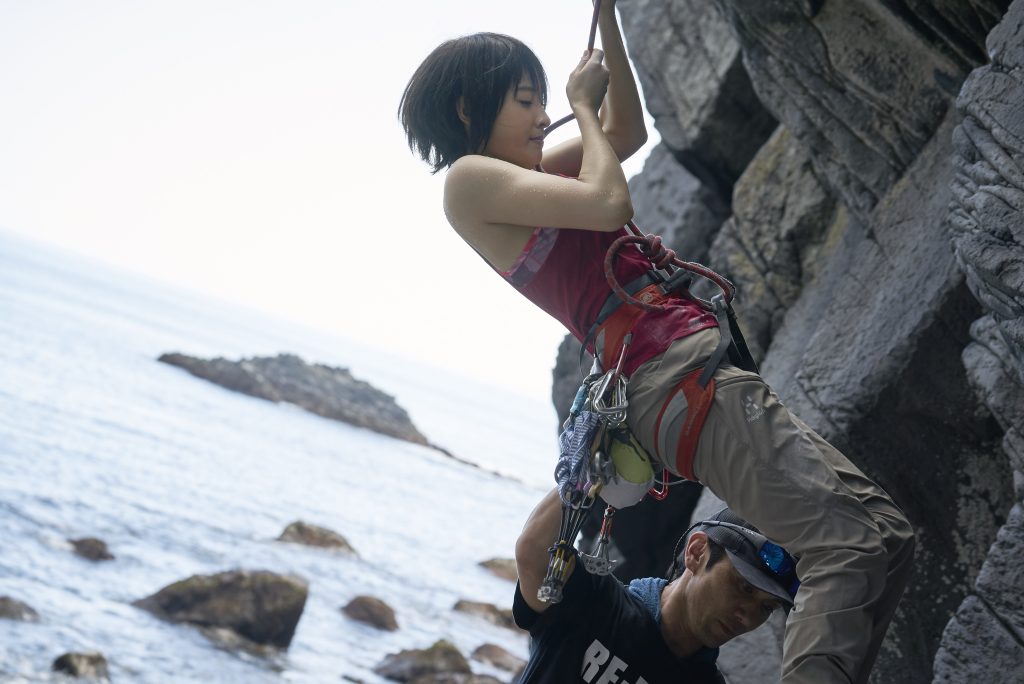 Filming of season 2 took place right smack in the middle of the COVID-19 pandemic. Of course, we were curious as to how the production team were able to manage under such circumstances.

“Basically, we had our protocol where we have to measure our body temperature and we always had to wear masks. But during rehearsal, it’s very difficult to wear masks and deliver lines because we don’t we can see each other’s facial expressions and the nuances. That was really tough to do. But the basics haven’t really changed. There was no suspension of the shooting or production itself while working on it. So. I’m very relieved that we were able to have that experience.”

While shooting such an intense series could be tiring, and at times, stressful, Tao did share certain moments of fun and hilarity.

“Basically we are shooting this very tough, difficult story, but there was a time where we were on the tallest building in Shibuya at five o’clock in the morning and the crew were obviously very sleepy at that time. But we actors were dressed in rags and were basically in a situation, or we looked like we were about to die any minute. But then at that moment, for whatever reason we burst out laughing and I’m sure the crew members didn’t understand why we were laughing that hard. But there was a moment because you know it’s such a tough world that we are trying to portray. Maybe because of that, we just kind of thought it was inexplicable but that was the moment that we remember.” 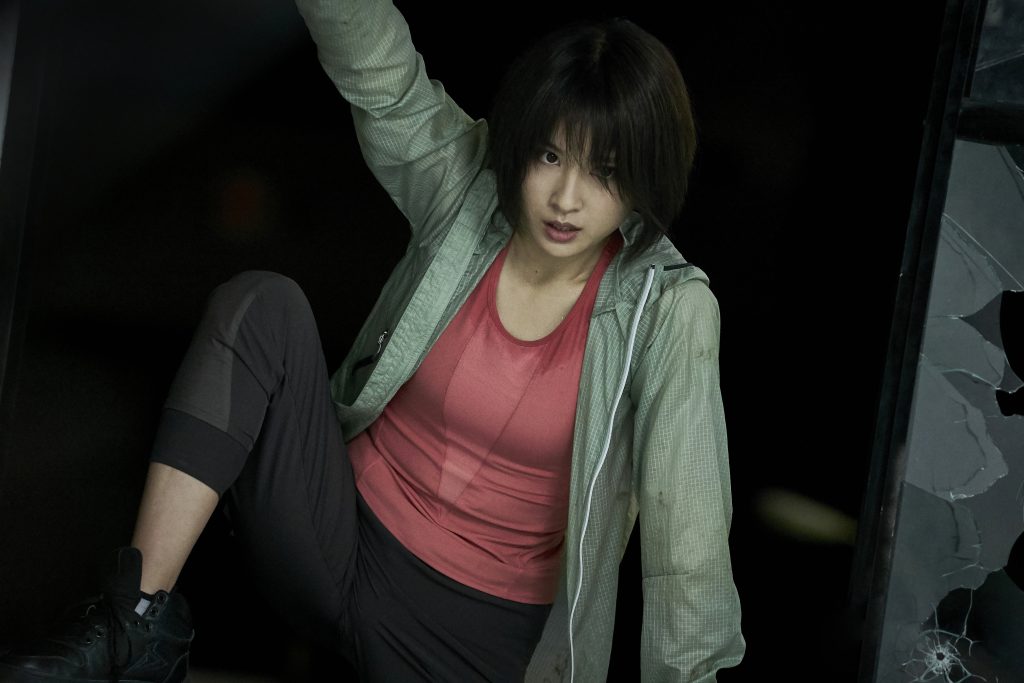 Being a very capable female lead character who went through a cavalcade of trials in the first season, we wanted to know how much Usagi had changed, or rather developed in between seasons.

“She had this feeling of despair or disappointment towards people in general or towards society. But by meeting Arisu, she realizes the importance of living with people, living with other human beings and to care about others. You’ll also the tone of my voice is different from season one and season two.”

Without giving away too much, she also tells us a teensy bit of what to expect in terms of the games in the next season. Will things get more physical, or will we be getting even more tense mind games?

“I think it’s about 50/50. Basically, roughly half of them are psychological games and the other half are physical. There’s a lot of portrayal of these mind games, and it’s like you’re in a different world. The crew members also told me that it was fun for them to go back and forth between those two games, because they’re very different. I think there’s a very good balance of the two types of games, which is great. So I really encourage you to take a look at that.”

There’s a lot of mystery and intrigue surrounding season 2, and everyone’s curious about how things will unfold. It was great to chat with Tao Tsuchiya, who was gracious in answering our questions–and hopefully, not offended by my horrible Nihongo. 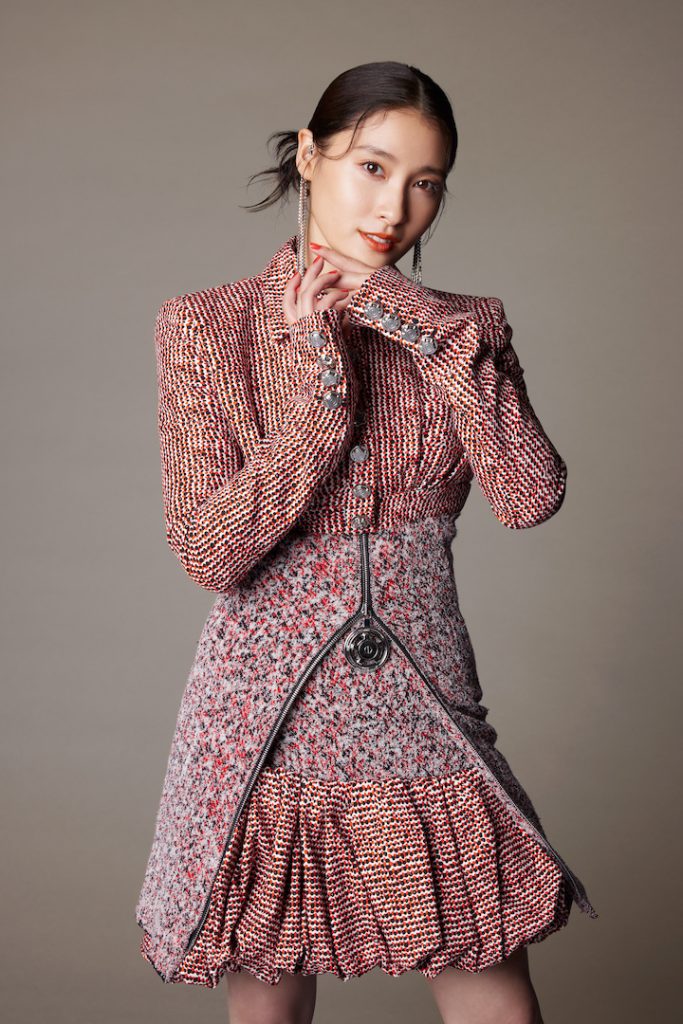 Alice in Borderland Season 2 is coming to Netflix in December 2022. Check back with us for our review!