CounterSide x HoloMyth collab will have all five members in game

The special collab is expected to launch in the following week. 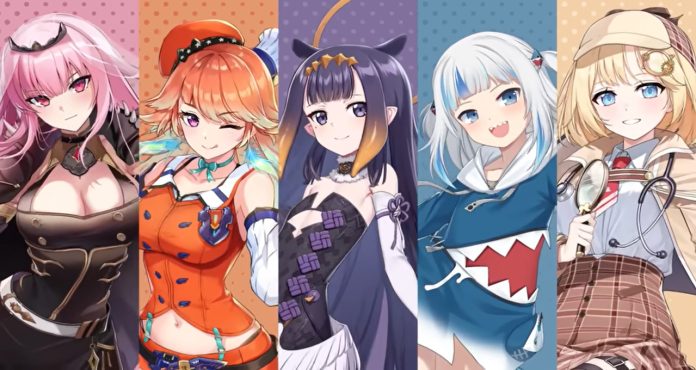 CounterSide Global announced their special collaboration with Hololive English’s holoMyth, the CounterSide x holoMyth will bring all five members to the game.

The special PV that opened with Amelia’s iconic tone revealed that, rather than becoming a standalone unit in the game, each member will become a special skin for pre-existing characters in the game. Namely, Mori Calliope will serve as Lucrecia’s skin. Kiara will be a skin for Yuna Springfield: Solar Codex. Ninomae Ina’nis will be Edel Meitner’s skin, Gawr Gura will serve as Kaci Bins’ skin, and Amelia Watson will be Yang Harim’s skin. There are not much details yet on how to acquire these special skins and based on the special PV the HoloEn skins will have a unique voiceover provided by the Vtuber talents themselves, but as of the moment, it’s all pure speculation. Additionally, there would be collectible in-game figures based on these Vtubers for players to gather.

There is still no date when will the actual launch of the CounterSide x holoMyth collaboration will kick off, but a pre-registration campaign for the event was launched earlier with milestones yielding special rewards. But as it happens by the time of writing, all milestones were already cleared, which means all players that will play the game will receive all pre-registration rewards.

Considering how popular Hololive is there’s no surprise that this Vtubers appears in a mobile game. As many of their talents already made collaboration and appeared in many video games and several other mobile games such as Azur Lane and Valkyrie Connect with Takanashi Kiara and Ninomae Ina’Nis appearing as a special unit on the latter.

CounterSide is available free to play on mobile devices and PC.