Disney’s Strange World is out now in Philippine cinemas

Disney's latest animated film promises to be the next family movie to see in cinemas! 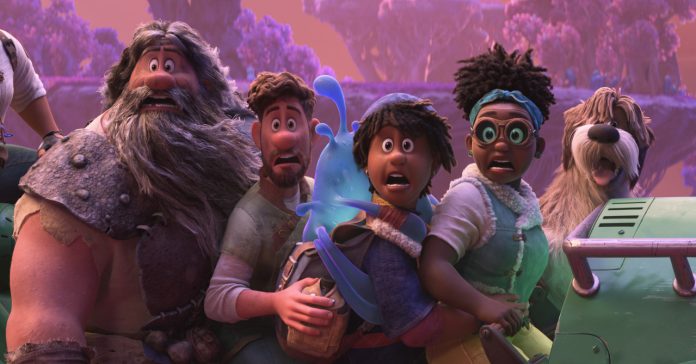 In case you’re looking for a new movie to watch with family, Disney just released Strange World in cinemas in the Philippines!

If you’re unfamiliar, Strange World is Disney’s latest animated feature, and it features a retro-inspired sci-fi story with an all-star voice cast and impressive animation.

Disney’s “Strange World” is a story about family, specifically three generations who each are seeking their place in the world. Searcher Clade (voiced by Jake Gyllenhaal) is a brilliant family man—who, as a teenager, discovered a plant-based power source that changed the world of Avalonia. Even with a statue in town in his honor, Searcher is at his core a humble farmer, growing, harvesting, and distributing the crop alongside his wife and son. Searcher’s dad, Jaeger (voiced by Dennis Quaid), set out at a young age to be the kind of explorer legends are made of. A statue in town (right next to Searcher’s) memorialized the great explorer, who has not been seen in 25 years, presumed lost during an expedition. Searcher’s son, Ethan (voiced by Jaboukie Young-White), is a happy 16-year-old with a great sense of humor and a decent work ethic (for a teenager). Ethan helps on the farm, but he’s not sure he wants to follow in his father’s footsteps. The three Clades have huge differences that can prove divisive—and at the same time, they have more in common than any of them is willing to admit.

Can the motley crew of adventurers – that includes a mischievous blob and a three-legged dog – set aside their differences as they face the slew of dangerous and fantastical creatures in what could be their biggest mission yet?

In related news, Disney+ is finally available in the Philippines.