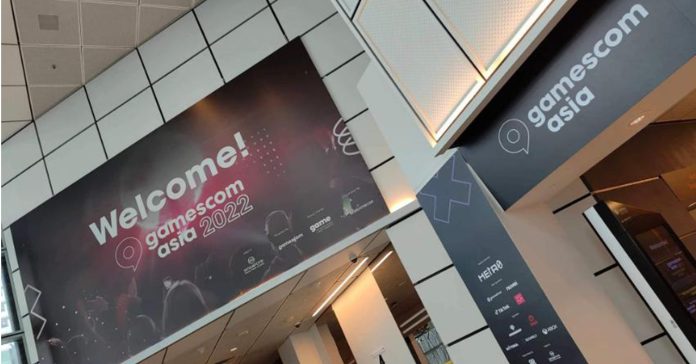 It’s been almost a month since Gamescom Asia 2022 and I find myself reflecting on the event. It was definitely a milestone occasion as this was the first ever Gamescom Asia that happened as a live physical event. Gamescom Asia was initially scheduled to happen 2 years ago but then the global pandemic happened and well, the rest is history. Now that this year’s event is done and dusted, I find myself appreciating what Gamescom Asia brought to the table and wishing that we had more B2B events like this (hopefully, in the Philippines). 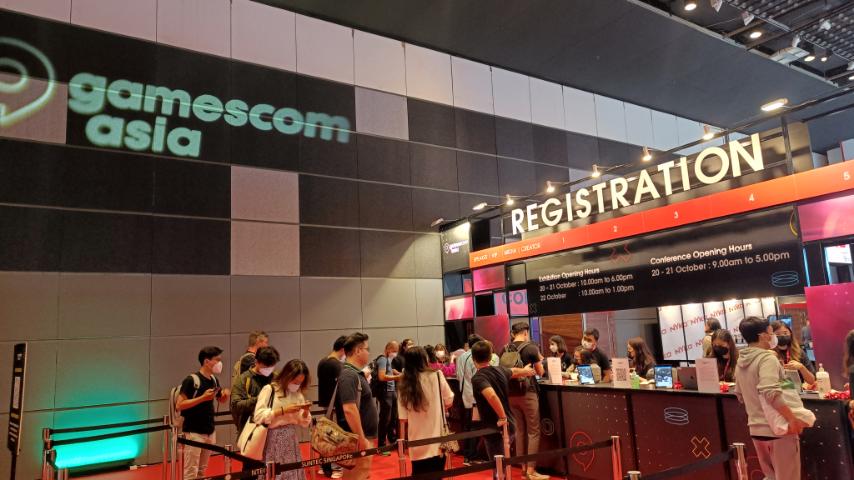 After 2 years of online-only events, I was excited to finally see Gamescom Asia happen and personally attend it. If you’re wondering why I was so excited about it, well, that’s because Gamescom Asia is an Asian derivative of Gamescom which is a huge event that happens in Cologne, Germany and is recognized as one of the biggest and most significant yearly gaming events such as E3. From the perspective of someone who resides in the Philippines, Gamescom and E3 are a bit hard to go to given the distance so to have Gamescom Asia happen in Singapore, somewhere significantly closer than Germany, this was definitely news that I was super hyped about.

This brings us to Gamescom Asia 2022. Early in the year, we got news that the physical event will finally be happening and we, of course, made plans to cover the event. It was said that the event would feature both B2B and B2C areas and activities. However, a little before the event, we sadly found out that the B2C plans would no longer push through thus making this year’s physical event purely dedicated to B2B activities. We were, of course, concerned about how that would affect the overall impact of Gamescom Asia. However, contrary to our fears, Gamescom Asia 2022 was able to deliver an experience that really impressed me.

Gamescom Asia 2022 was the first purely B2B gaming industry event that I’ve attended so I didn’t exactly know what to expect. My experience started with us attending the talks and taking in the learnings that each of the speakers had to offer – industry trends, future plans, discussions on the intricacies of the gaming industry, and more. Of course, there were the booths where various companies were showcasing what they could do and how they can get into business with you. If you just take those aspects in mind on their own, it’s so far so normal. However, what DID stand out for me was the whole vibe and set-up that the whole event had. I was blown away with how conducive the event was to learning, collaboration, and networking – so much so that this aspect was practically hardwired into every part of the event. 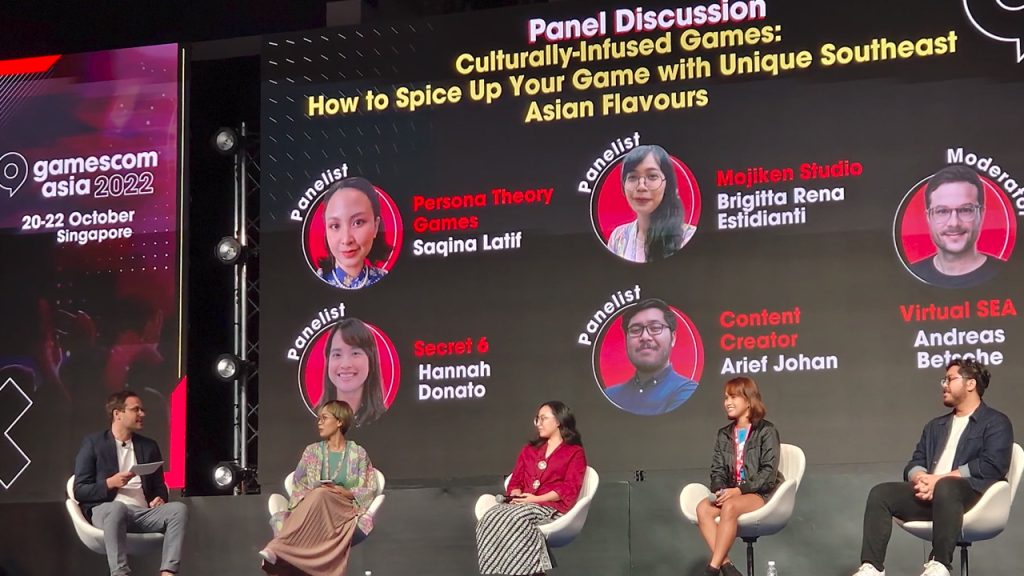 Allow me to elaborate. During the talks where you would hear from various industry leaders, there would be coffee breaks that would happen here and there and guests would be led to a specific area of the convention where you could get coffee. Coffee breaks… nothing special right? However, during these coffee breaks, you are free – encouraged even – to approach whoever is in the area. This would allow you to network and talk to other attendees and maybe even the speakers if they were there. During one coffee break, I was actually waiting to meet someone when I got approached by a few people who introduced who they were and what company they were affiliated with. This led to small talk and we got to talk about possibilities on how we could reach out to each other in the future and maybe work together. I looked around and saw that other people were doing the same and I was pleasantly surprised to see this kind of openness to be the general vibe of Gamescom Asia.

Another thing I noticed was how the event had various areas where attendees could just sit down and talk to each other. In one corner of the main floor, there was a café with tables where you could get a snack and discuss. At the center, there was a huge Business Community Lounge where there were tables and chairs where you could hold impromptu meetings by booking a slot on the Gamescom Asia app. However, a small detail that really caught my eye were BENCHES. Why is that noteworthy? You see, I’ve been so used to the usual type of conventions where it’s all about the booths. You go around and it’s usually booth after booth after booth. If you want to rest, you either go to the food area or you find a place outside the con floor. In Gamescom Asia, these benches are scattered across the convention which is a good way to welcome people who just met to just sit down and discuss. In addition to these, you even had special events like mixers and the like. 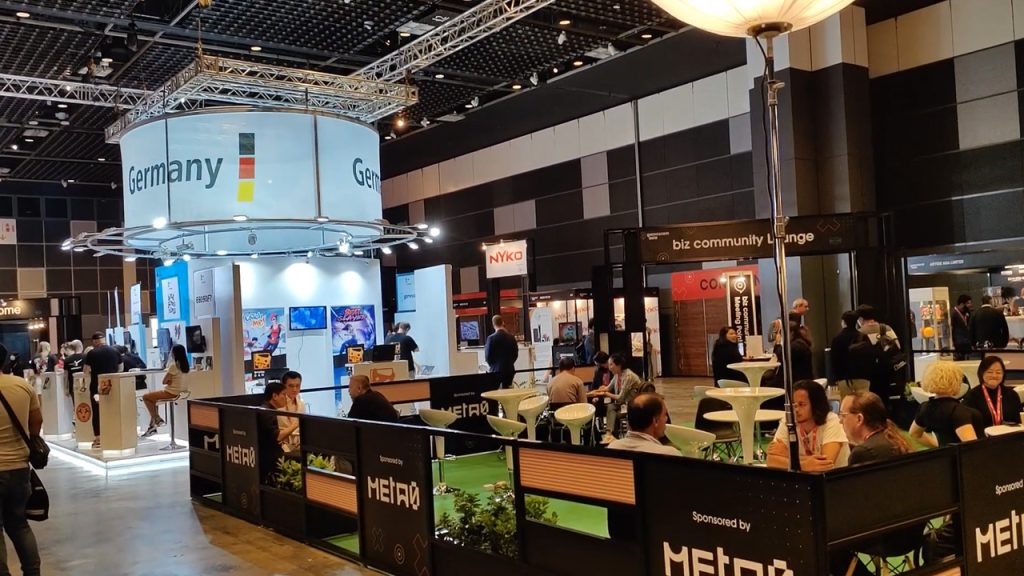 This is why I said that I wish that there were more B2B events like this. Gamescom Asia was the kind of event that really fostered industry growth. Not only are you treated to important learnings via the talks but the chance to just strengthen your own personal network and seek out various opportunities for collaborations with other industry entities is simply invaluable. If we had more events like this, especially for the Philippines where the opportunities for gaming is still growing, it could really help create more avenues for the gaming scene to prosper. From a local perspective, it may even help non-endemic brands to understand more about gaming and esports and see ways to invest in the industry that would be mutually beneficial to all parties involved.

Even without a B2C component, Gamescom Asia 2022 really managed to show why such an event is so valuable to have and I can really say that they set the bar pretty high. Being able to experience it firsthand, I’m so excited to see what Gamescom Asia 2023 will be like and how their event may even have inspired some to hold more local B2B events. I look forward to what the future holds and, hopefully, see how they will bring even more of the Gamescom experience from Cologne to Asia.

You can check out more details on what went down during the event at the Gamescom Asia website.