Humankind’s “Together We Rule” expansion is out now

Diplomacy or stealth - you decide! 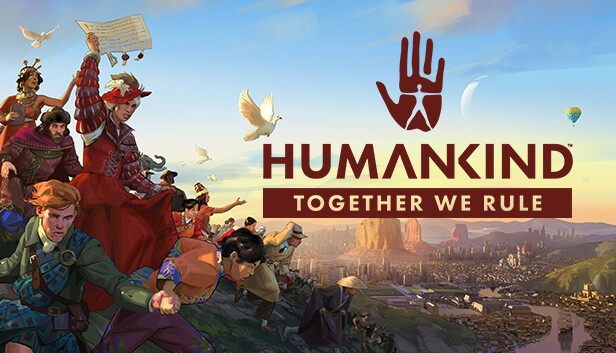 Sega’s Humankind just released a new expansion that adds a deeper layer of strategy to the game – especially if you like to deal with things either overtly or covertly as it’s “Together We Rule” content brings new features that mainly highlights in-game diplomacy, stealth, and six new diplomatic affinity cultures.

More from the SegaSammy Group:

Sun Tzu wrote in his 5th century BC treatise The Art of War that the Supreme art of war is to subdue the enemy without fighting – advice that still rings true after several millennia.
It’s also the perfect encapsulation of our goals for diplomacy in HUMANKIND™, our turn-based historical strategy game. We want to give players many options beyond warfare to earn Fame and achieve victory in the game. Which is why today we are very excited to announce the release of our first expansion Together We Rule and the accompanying Metternich free update, focused on diplomacy and espionage. It’s all about subduing the enemy without fighting.

TOGETHER WE RULE EXPANSION

See the world in a new light and manage conflicts differently with new gameplay features focused on diplomacy and espionage:

• Congress of Humankind – Get involved in an inter-empire forum with the Congress of
Humankind. The congress will allow players to vote and decide on global doctrines and
arbitrate international conflicts together.

• Embassy – Use this new Quarter to sign agreements that are beneficial for both empires, like joint training or research agreements. Or use your Leverage currency to force an empire to take specific actions to your benefit, like lowering war support or enforcing demands.

• Agents – Use this new unit family to gather Leverage. They will also allow you to infiltrate,
sabotage and disinform other empires.

o The 6 new cultures are the Sumerians, the Han Chinese, the Bulgarians, the Swiss, the
Scots, and the Singaporeans.

Whether you decide to opt for the expansion or not, we hope you’ll enjoy our major free update. The “Metternich” update adds new Stealth mechanics, revamps independent peoples, allows for third party battle reinforcements, and adds new UI options and improvements.

The “Together We Rule” expansion is available for purchase now on Steam, Epic Games Store, and Xbox Gamepass for PC. If you get the game now until November 16th, you can enjoy a 10% off early adopter discount!

- Advertisement -
Previous article
League of Legends and Teamfight Tactics are back in Riot Games’ publishing hands
Next article
In Pictures: Unboxing The God of War Ragnarok Jotnar Edition