ICYMI, here's what went down during the Predator League 2022 Grand Finals 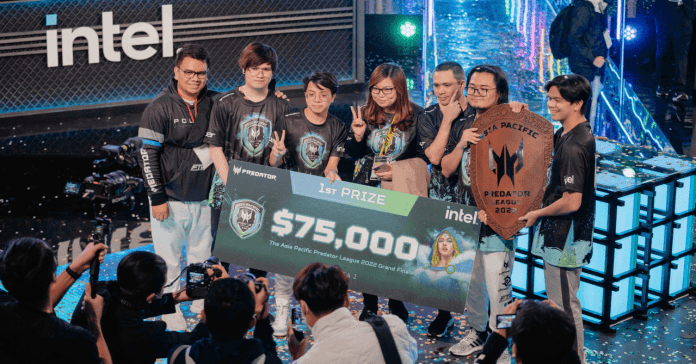 Day 2 – Polaris Esports made short work of GrindSky Esports in their match, as the rivalry between Execration and TNC Predator reached the boiling point. Execration got their revenge, eliminating their nemesis from the tournament and then securing the second Grand Finals after beating a wounded GrindSky Esports to the ground.

In PUBG, ArkAngel Predator managed to move up in the rankings thanks to a much better performance on Day 2 with a crucial third-place finish and seven kills in Map 8 of the tournament, leaving a chance for an upset during the last day of the tournament with 5 Maps yet to be played.

Two new champions were yet to be crowned, taking the coveted $400,000 prize pool, along with bragging rights, of course.

Day 3 – The All-Filipino finals of Dota 2 was an all-out brawl between Polaris Esports and Execration. It was a masterclass performance on both sides as Polaris convincingly took the championship against Execration to take home the $75,000 prize and the illustrious Predator Shield. Execration brought home $30,000 prize money after taking second place, while GrindSky Esports, who finished third, had $15,000 in earnings.

For PUBG, ArkAngel Predator had to bring in their A-game against the fierce competition from around the region. Their safe approach allowed the team to secure some much needed points as it finished strong with 11 kills in the map to move up in the standings. They finish strong at third place, bringing home $15,000 in prize money. In the end, it was Vietnamese squad Genius Esports that took the championship and the $75,000 prize money while Korean team DWG KIA garnered second place and $30,000.

After the awarding ceremony, participating teams were honored and Intel MVP Awards were given to Attack All Around’s Escalucio and Yagon Galacticos’ ATee for PUBG and Dota 2 respectively. To wrap things up, Acer Philippines General Manager Sue Ong Lim, along with Predator Philippines brand ambassadors Alodia Gosiengfiao and Amara Ui, announced that the next Asia Pacific Predator League Grand Finals would take place in Manila, Philippines in 2024.