Is the realme 10 the next mid-range smartphone for you? Here's our review. 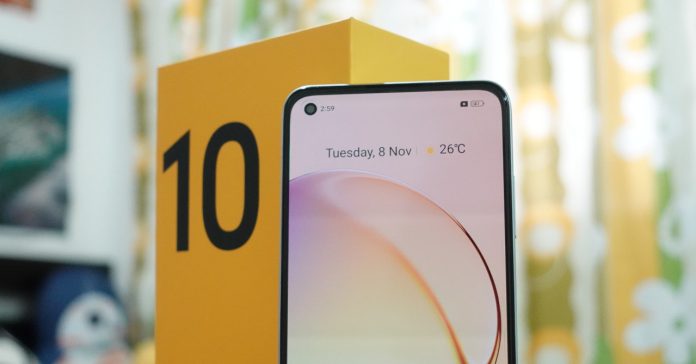 After launching the 9 series a couple of months ago, realme is ending the year by launching the new realme 10, a mid-range smartphone with a snazzy design, an AMOLED screen, and a 50MP main camera.

The number series is realme’s signature mid-range lineup. While the brand has higher-end phones, this lineup has been the brand’s main highlight as the phones in the series pack premium features while still maintaining an affordable price tag.

The realme 10 looks to continue this as it features a premium AMOLED screen with a 90Hz refresh rate, as well as a Helio G99 processor – a new chip that promises great gaming performance. Plus, the 50MP main camera promises to be a great photography partner.

So, does realme deliver another great-value smartphone with the realme 10? Find out here in our review. 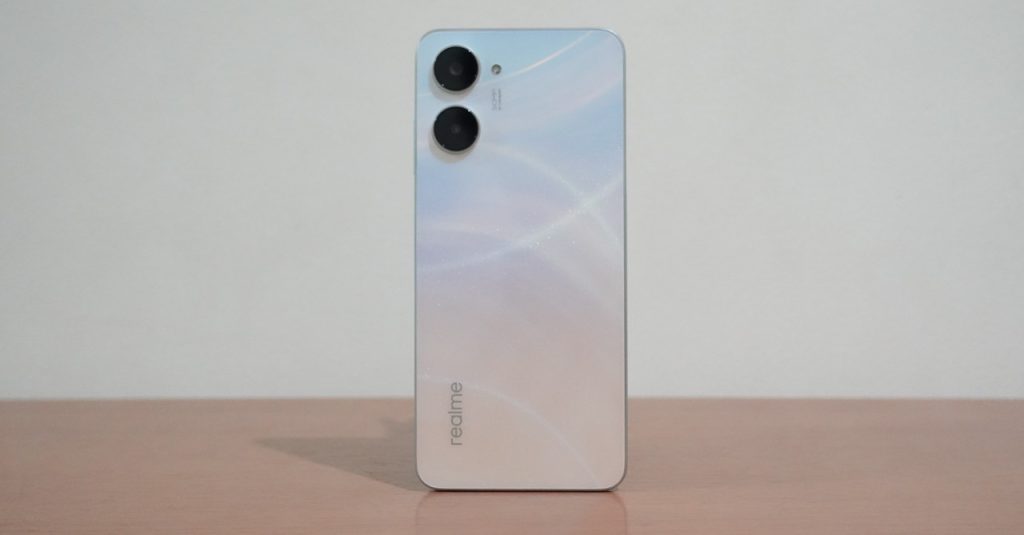 To start, let’s take a look at the phone’s design. From the back, you can see that the phone has a glittery gradient color that kind of reminds me of mother of pearl (at least from some angles). It’s definitely a phone that will stand out if you get this specific colorway. Though there are darker and subtle options in case you want something that’s not as attention-grabbing. 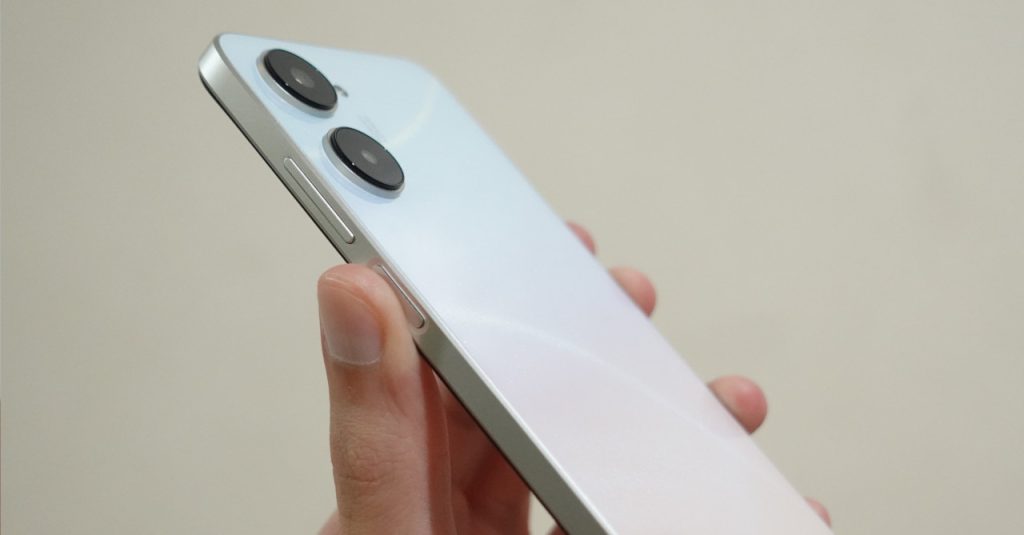 The phone has flat sides that’s reminiscent of iPhones, making it nice and grippy, even without a case. While it looks premium, its back does feel a bit plastic-y. Though on the flip side, this means it won’t slip out of your hand easily, plus it’s not too much of a fingerprint magnet. 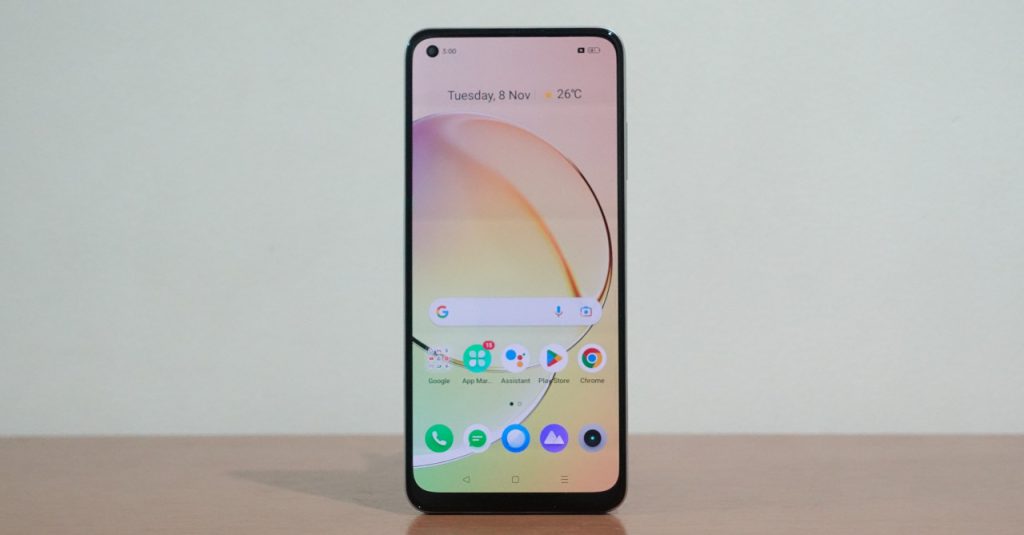 Moving to the front, we have the phone’s 6.4-inch display which has slim side bezels. The phone’s screen has a look that’s quite common in the Android phone market, though it does have an edge with its notch. Specifically, the notch is on the top left corner which we prefer over the typical middle-notch design as it’s less distracting. 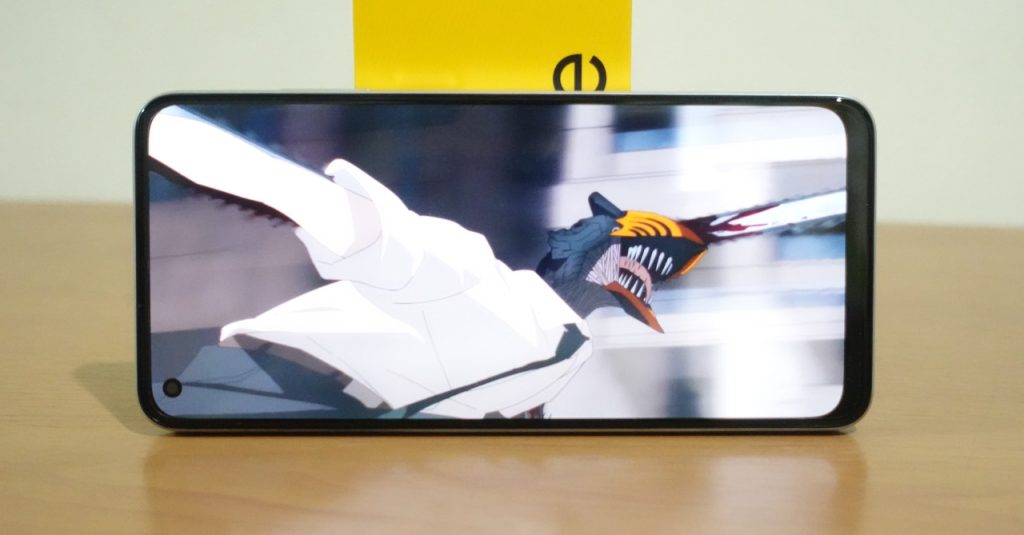 Speaking of the display, the realme 10’s 6.4-inch screen is an AMOLED panel with a full HD+ (1080p) resolution and a 90Hz refresh rate. While the refresh rate doesn’t make a difference for movies and shows, the AMOLED panel and high resolution definitely do as the screen outputs vibrant colors and deep blacks. Plus, it looks sharp and clear, making it a great phone to binge-watch your favorite movies and shows on.

As for audio, the phone has a single bottom-firing speaker that outputs decent audio which gets quite loud thanks to the ultra volume mode, though sound quality does dip a bit at the highest volume.

What the realme 10 does have over other mid-range phones is that it still packs a 3.5mm headphone jack. Thanks to this, you can connect your wired headphones or external speakers so you’re not limited to wireless options. This is nice as headphones/speakers are definitely recommended for a better viewing and listening experience. 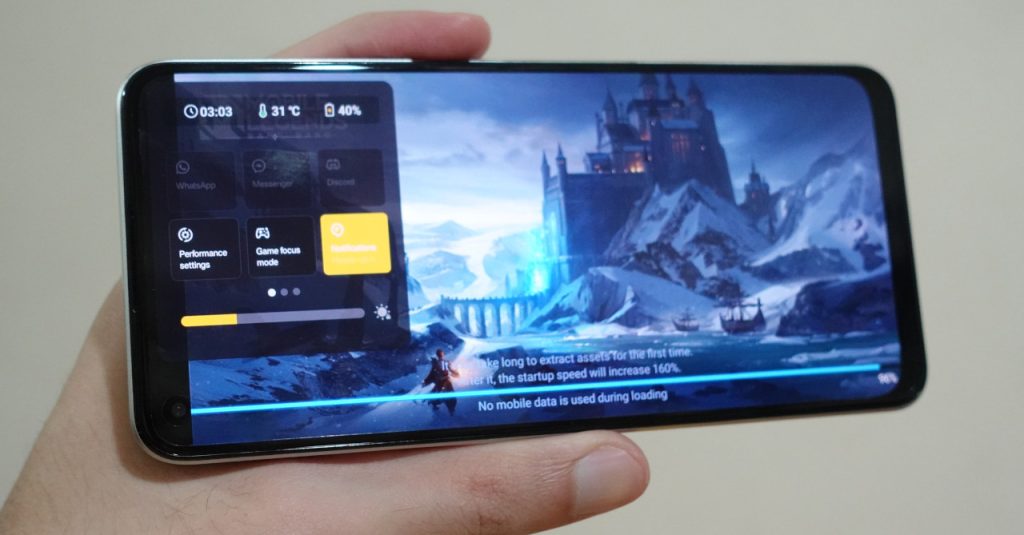 Powering the phone is a MediaTek Helio G99 processor that’s paired with 8GB of RAM. This processor is MediaTek’s latest in the gaming-focused Helio lineup, and it promises great gaming performance. And in our tests, it delivered.

For instance, the realme 10 did not have any issues running today’s popular games such as Mobile Legends: Bang Bang and League of Legends: Wild Rift as both games ran smoothly at the higher graphics settings.

The phone also has enough power to run shooters smoothly, including the likes of Call of Duty Mobile and PUBG Mobile. Plus, if you want a phone that can handle games like Genshin Impact, the realme 10 can also run these demanding games, albeit not at high settings (this is still a mid-range smartphone after all).

For its cameras, the realme 10 has a 50MP main camera and a secondary shooter that realme hasn’t mentioned during our initial review time.

To start with, the realme 10’s main camera captures great images, especially in daytime. Specifically, images have lots of detail and vibrant colors. These images are definitely social media worthy, and you can even crop them and still retain a good amount of detail.

What’s unusual about the realme 10 is that it lacks an ultrawide camera. This is unusual as most phones (even budget phones) have ultrawide shooters. While some users don’t really use it, it’s still a nice feature to have if you need to take a wider shot.

As for the secondary camera, we didn’t know what it was at first, though it turned out to be a 2MP black-and-white camera which we didn’t exactly know what it’s used for.

Moving to the front, the phone has a 16MP selfie camera. For selfies, the selfie shooter did not disappoint as front cam shots are good quality, especially when there’s a lot of light. 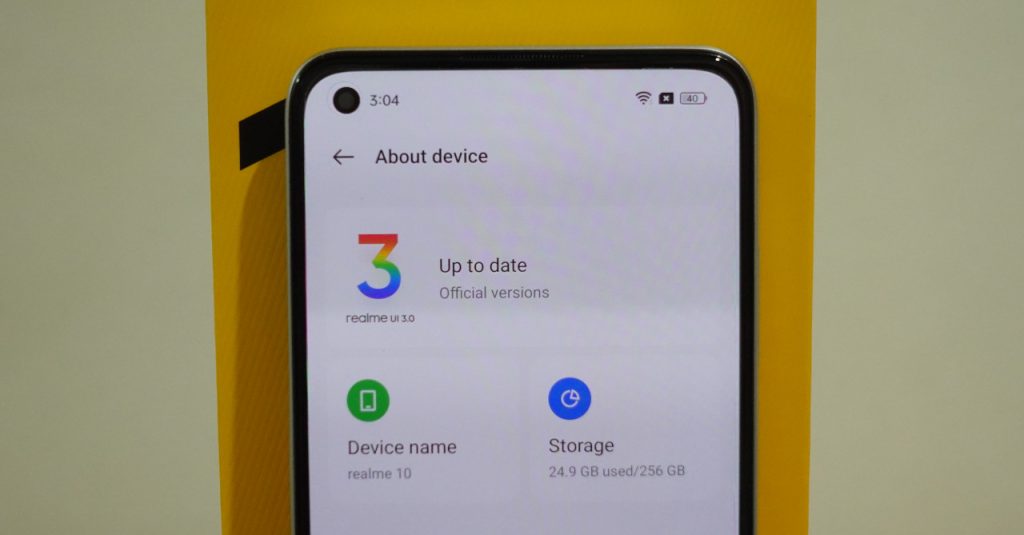 As the gaming capability of the phone is great, it should come as no surprise that the realme 10 is also great for everyday use. Whether we used the phone for social media browsing, web surfing, emails, and some light content creation work, the realme 10 ran smoothly and without any issues. 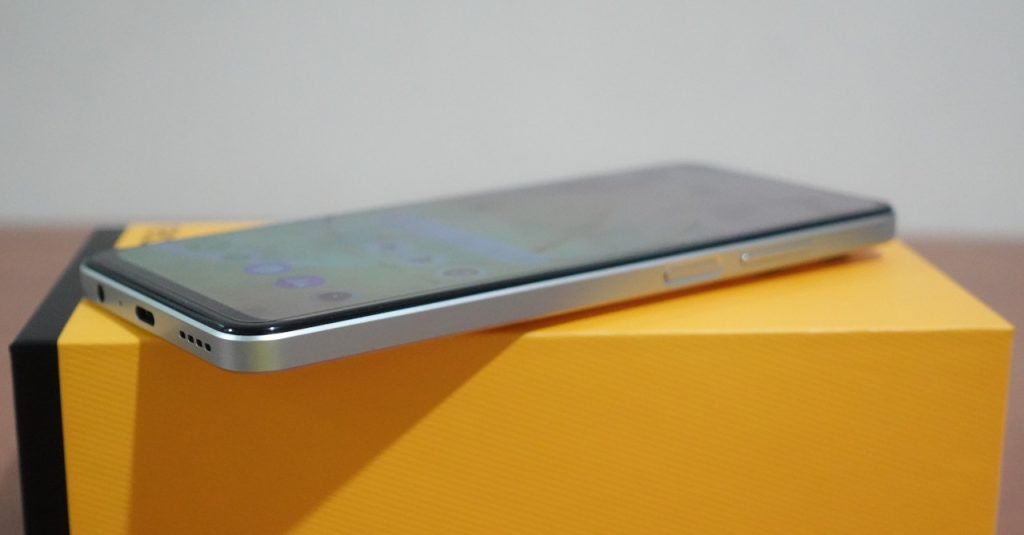 Battery life-wise, the realme 10 does not disappoint as well, this is thanks to the large 5,000mAh battery that lets the phone last for a day of use. If you do need to charge, the phone has a 33W fast charger which lets the phone charge faster. 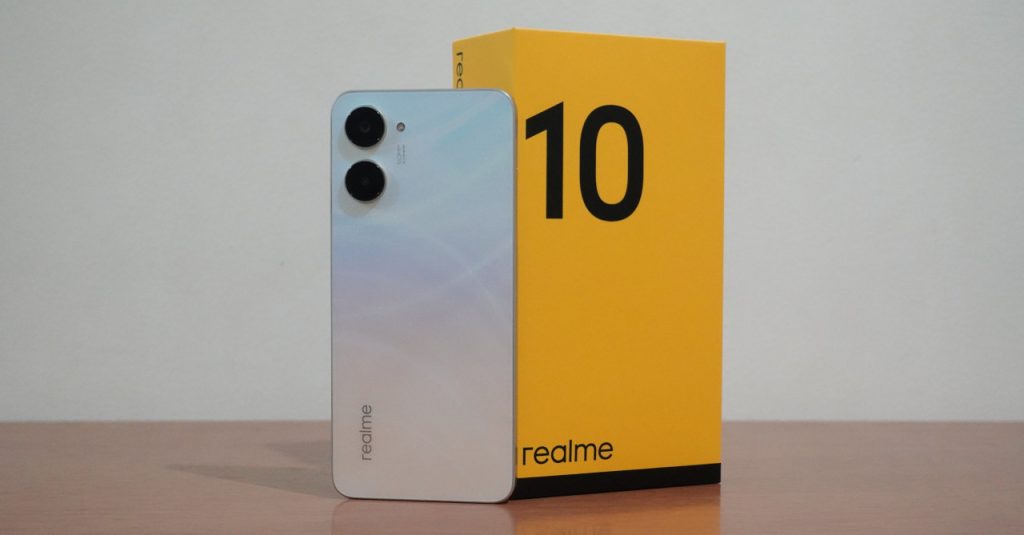 Thanks to its great performance, vibrant AMOLED display, and long battery life, the realme 10 is overall a solid smartphone, especially given its affordable starting price of PHP 12,999. Given its gaming capabilities, you won’t be disappointed with the realme 10 if you’re an avid player of mobile FPS titles or MOBAs.

Though you do have to take note that this phone lacks an ultrawide camera. While it has a dual rear shooter setup, in actual use, it’s effectively just a 50MP rear snapper. Though the rear camera is still pretty good for its class.

Overall, if your priority is gaming, battery life, and display, and are fine with forgoing an ultrawide camera, the realme 10 is worth checking out.