realme is launching its latest smartphone in the Philippines next week. 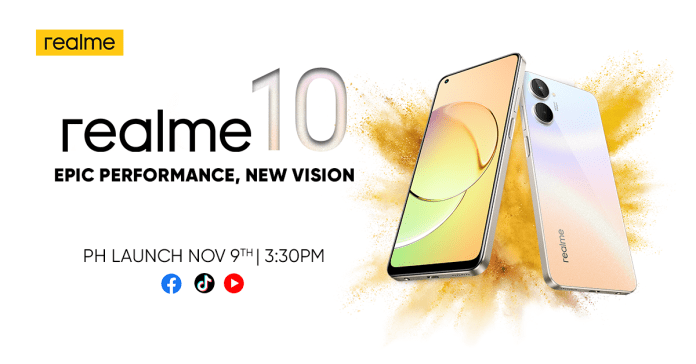 Following the release of its 9 series a couple of months back, realme is set to launch the realme 10 in the Philippines on November 9, 2022.

This upcoming launch is significant not only because it’s a new phone from realme, but also because this new device will be launched in the Philippines alongside its global launch. For reference, realme typically releases new devices in the PH after some time as its global launch.

“As a brand that aims to be the tech lifestyle companion of every Filipino, we’ve always adapted to the needs of our consumers. Now that we have seen an increasing demand for battery and storage, we are introducing the realme 10 which will bring in #EpicPerformanceNewVision experience to our users,” shares Austine Huang, realme Philippines’ VP for Marketing 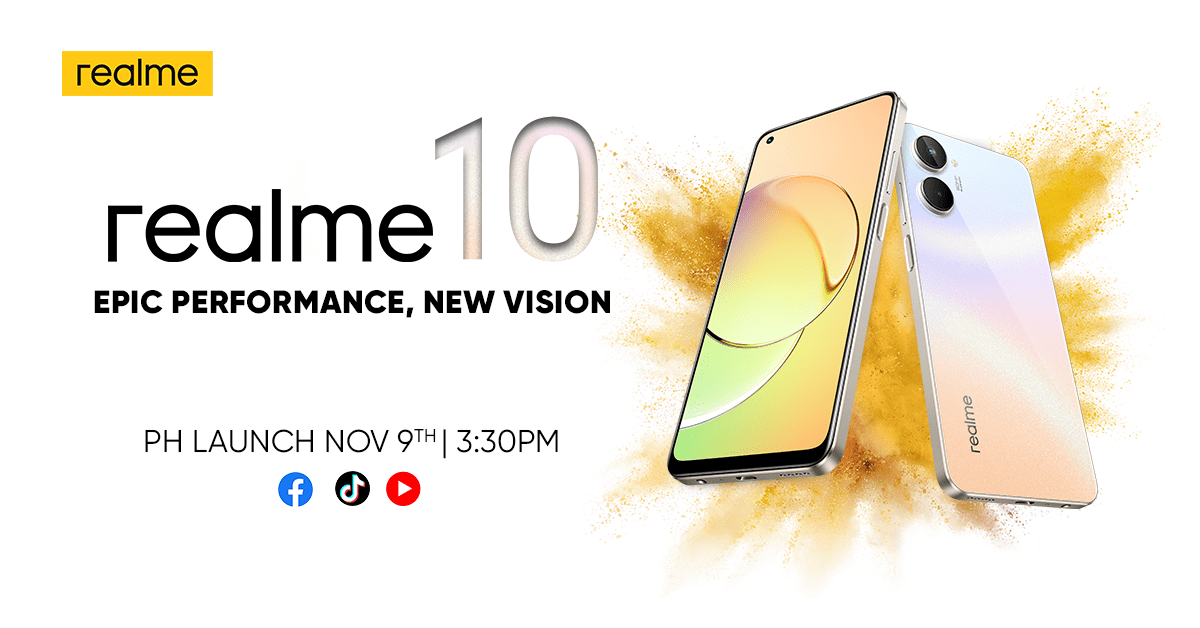 The realme 10 will make its official launch in the Philippines on November 9 at 3:30 PM (PHT). The launch event will be stereamed live on the realme PH Facebook page. There, updates will also be sharead ahead of the official live stream launch.