The Dark Pictures Anthology: The Devil In Me Review | A not-so-ideal hotel experience

Definitely not a five-star spot. 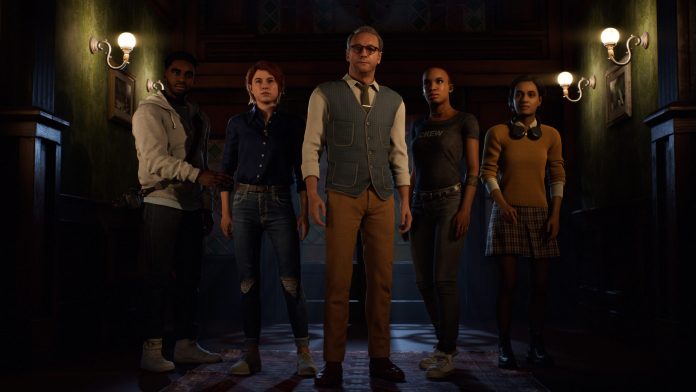 The Devil In Me is Supermassive Games’ latest and final entry into season one of The Dark Pictures Anthology—a series of games with different stories that all aim to offer terrifying horror experiences. While the quality has been mixed so far for the horror anthology, The Devil In Me is definitely the best one in the entire season.

I’m a massive fan of 2015’s Until Dawn. It was a game that scared, startled, and intrigued me all at the same time. Supermassive Games set out to make a quality horror experience that encapsulated everything that made the genre great from movies to video games. It had a relatively great cast, fantastic presentation, and well-crafted scares.

When The Dark Pictures Anthology was first announced, I couldn’t help but feel excited to jump back into the talented and horrific minds of Supermassive Games. While it started out on a not-so-great note, The Devil In Me caps it off well enough to keep me intrigued for what’s to come next.

Even though I still feel like Supermassive Games is trying to recapture the brilliance of Until Dawn with every release that came after, The Devil In Me is a nice reminder that the studio still got what it takes to make cinematic horror interactive experiences. While there are noticeable stumbles, The Devil In Me is still something I would offer anyone who’s a fan of horror and serial killer documentaries.

All those documentaries finally paid off

Are you someone who binge-watches shows about serial killers? The Devil In Me is the game for you! The story follows the Lonnit Entertainment crew as they make their way through a modern-day replica of America’s first serial killer, H.H. Holmes’ ‘Murder Castle’. 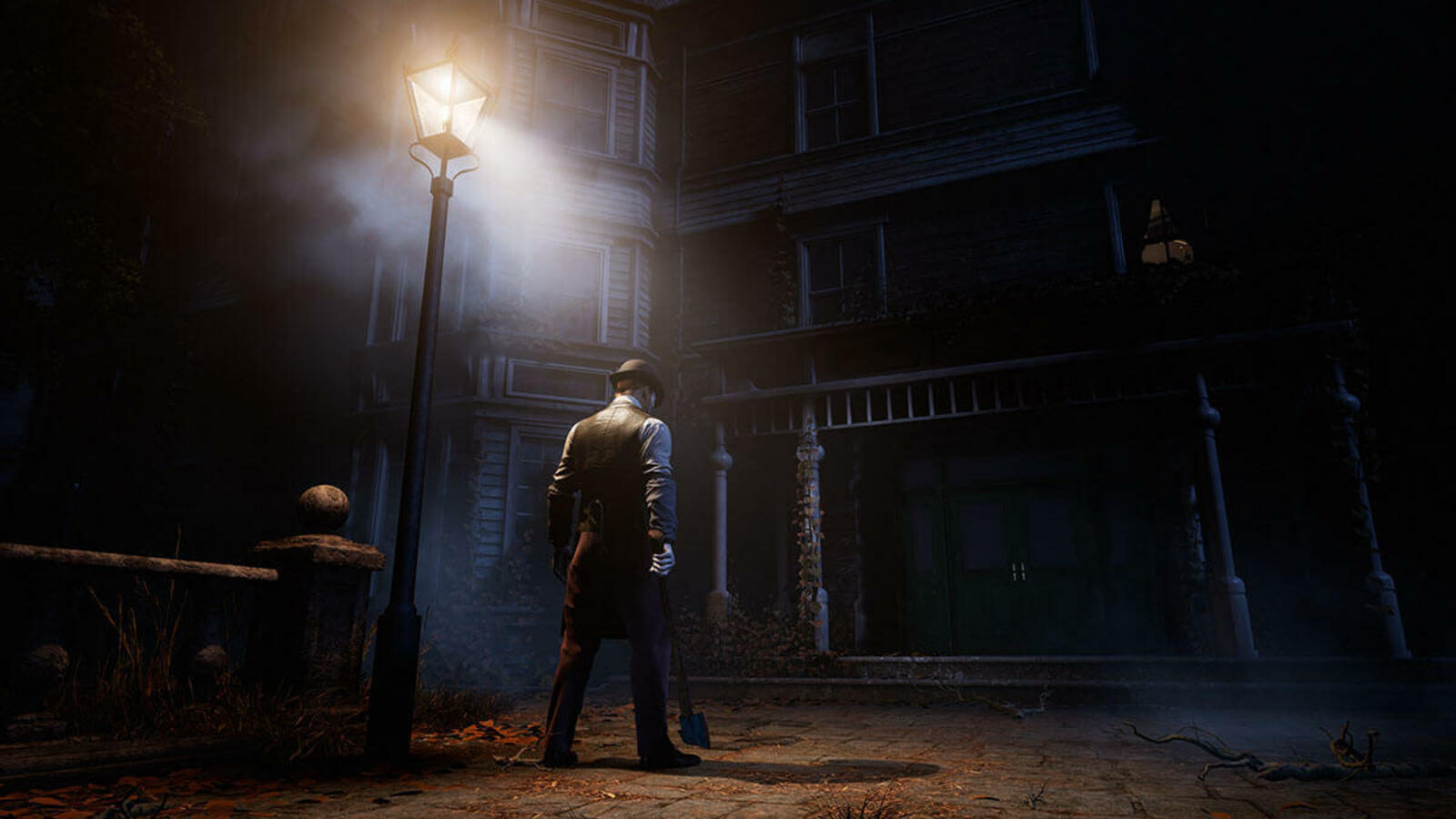 The documentary filmmakers just couldn’t pass up the opportunity to experience for themselves how a real-life serial killer operates and better yet, have it all caught on film. Little did they know that this was potentially going to be a one-way trip.

This time around, the story is much more grounded in reality. No supernatural stuff, no fictional creatures, just the worst of what humanity can be. In some ways, that potentially makes The Devil In Me’s narrative a bit more unnerving.

The villain is never really revealed as he spends the entire runtime hiding under a mask that’s fashioned after H.H. Holmes’ likeness. He doesn’t speak a word other than the occasional grunt. He’s a silent, hulking, and ruthless killer that constantly stalks the cast. Most of his character development comes from various collectibles scattered throughout the map that tells pieces of the backstory of how the place came to be and what led a man to fall down such a dark rabbit hole to keep terrorizing people.

A horror story won’t be as engaging if the people in danger aren’t exactly the most likable bunch. I believe the rule especially applies to horror video games as the player has to want the characters to live in order to elevate the gameplay experience.

Unfortunately, The Devil In Me’s cast is far from stellar. As someone who was a student filmmaker and is occasionally in the know about how the industry works, the crew of Lonnit Entertainment feels more like exaggerated caricatures of what a stereotypical down-on-their-luck film crew would be like. 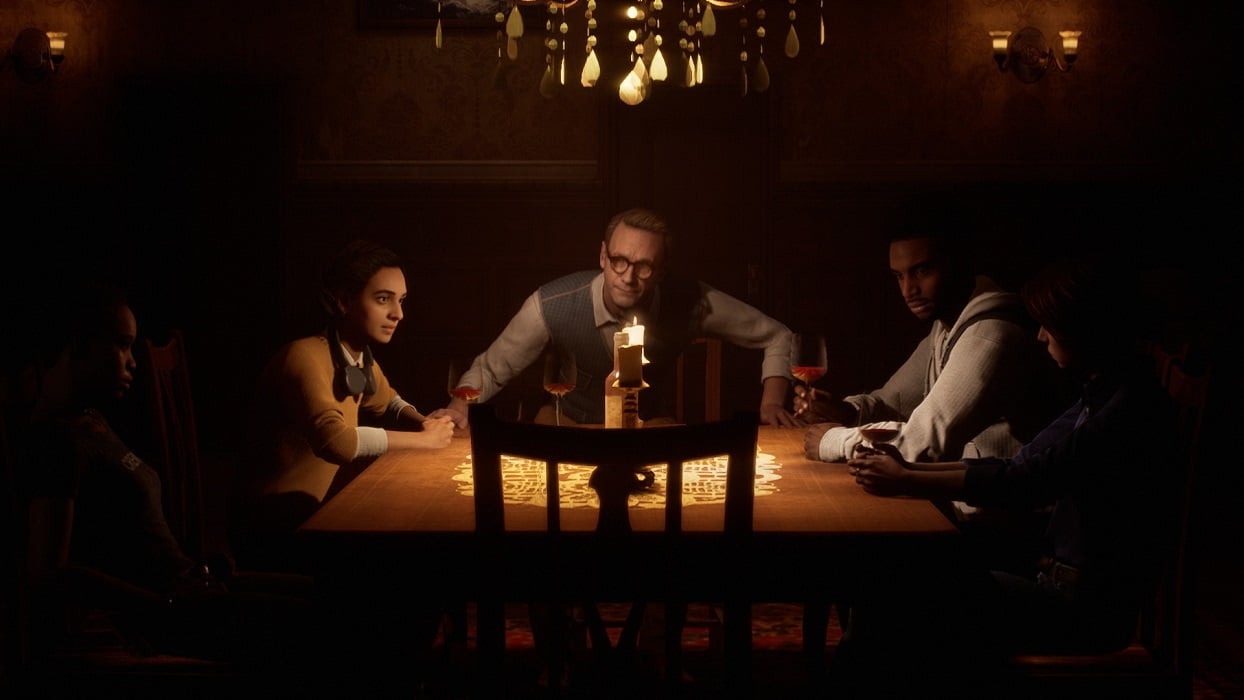 Charlie is a manipulative and demanding leader, Mark is insecure and can never make a decision for himself, and Jamie is just straight-up unlikeable with how much she tries her best to be rude to everyone and everything. The campaign does eventually end up throwing each of them a bone near the end of the runtime with Charlie receiving the most significant shift but for the others, it either felt too abrupt, insignificant, or just far too late. Kate and Erin are the two most “likable” out of the whole crew but the caveat of that is they both feel like they received the least amount of screentime as well.

It’s worth noting that given the nature of Supermassive Games’ horror experiences, each playthrough can be drastically different for each player depending on the choices and actions they make. How the characters were for my campaign might be different from yours. One thing’s for sure though, the opening hours of The Devil In Me definitely have everyone in a sour mood. You can just tell that each of them has some form of resentment for the other.

As expected, The Devil In Me still has Supermassive Games’ signature “choose-your-own-path” storytelling with decisions to be made ranging from the most minuscule of things to major game changers. Sometimes, the choices that seem the most insignificant may or may not mean all the difference later down the line.

It’s impressive how everything ties together and it’s one of the things that keeps me invested throughout The Devil In Me’s campaign. 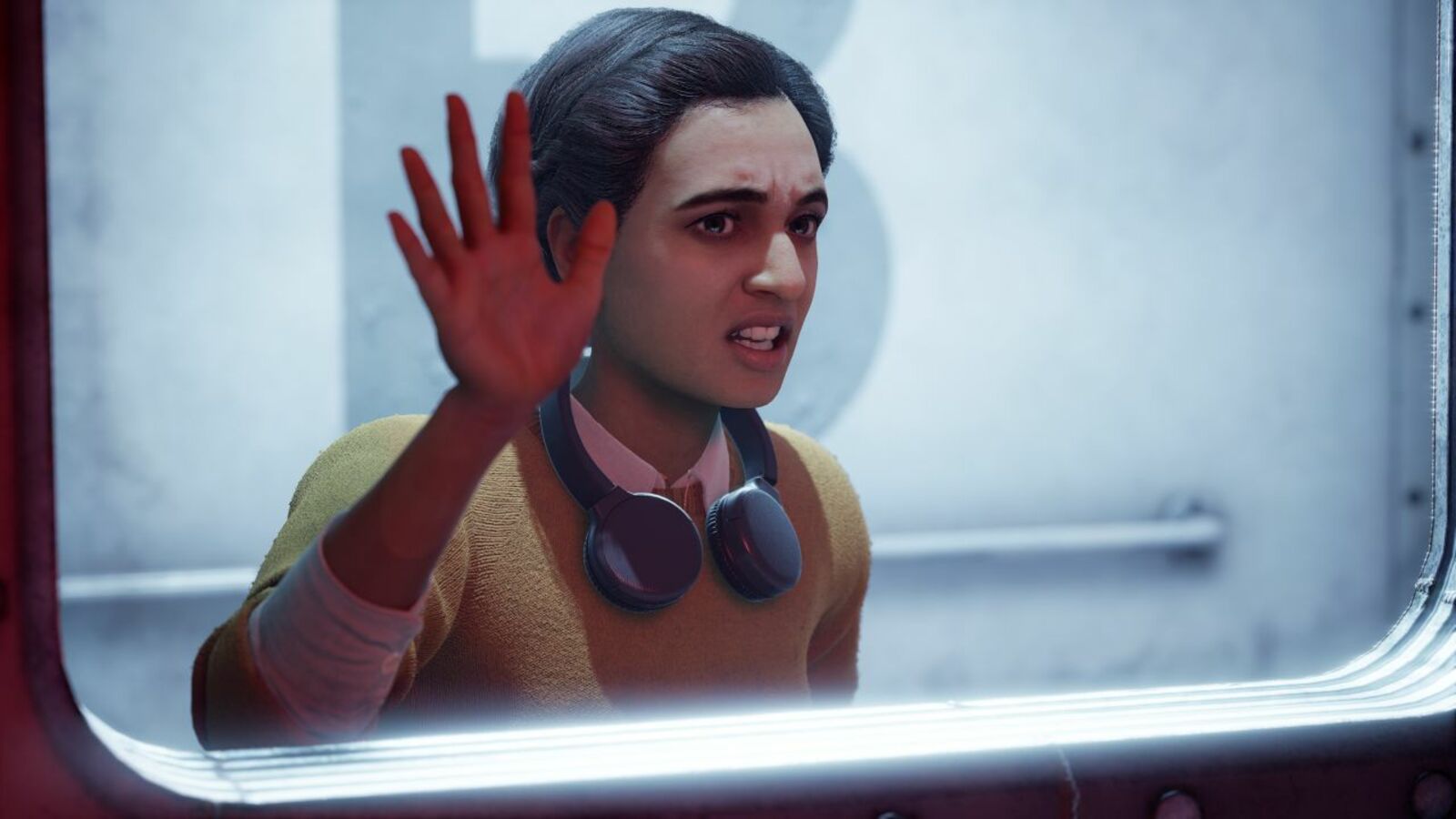 Now for the elephant in the room: Is The Devil In Me a scary game? Not necessarily. While everything about the presentation and sound design is top-notch with highly detailed environments and fantastic character models, I never really found myself “scared” with what was happening.

There are disturbing moments filled with gruesome imagery and tension-filled beats that have the score, ambient noise, and aesthetics all come together perfectly, but none are as memorable as something like the saw trap or being alone in the cabins in Until Dawn.

There are a lot of moments where you will be accompanied by another character in this game which completely deflates any and all sense of dread from being alone and hunted.

What The Devil In Me has is a lot of jumpscares through loud noises and quick cuts. It became so prevalent that it just felt cheap and predictable near the halfway mark. It wasn’t like the game earned those big scares, it just shoved it down the player’s face for the sake of it.

I’m not saying that The Devil In Me is a complete cakewalk. There is still fear to be had roaming around the various well-designed environments. Supermassive Games know how to make an area highly atmospheric from the way it looks and sounds and that is not lost in this game.

If you’re someone who’s not a fan of quick-time events, heavy button mashing, and on-your-feet thinking, then The Devil In Me’s finale will be the worst part of your playthrough. Given that I’m someone who wants to save every person possible, I took it as a welcome challenge.

The third act of The Devil In Me is a non-stop horror rollercoaster thrill ride which I thoroughly enjoyed.

As I watched the credits roll, I look back on how the game did a really good job of making me feel like I played through a documentary. Hunting for clues to uncover the mystery of both the killer and the nightmare-fueled halls of the hotel was a genuinely fun experience. I may not have peed my pants playing through The Devil In Me, it definitely had me invested enough to push all the way to the end.

The Devil In Me is a highly enjoyable thrill ride down a madman’s castle of horrors with impressive-looking visuals that elevates the subtle yet effective atmosphere. If you can tolerate a lackluster cast and a choppy first act, this is one horror experience that’s worth having. The Dark Pictures Anthology: The Devil In Me Review | A not-so-ideal hotel experience