The HONOR X6 is now available via Globe’s postpaid plans 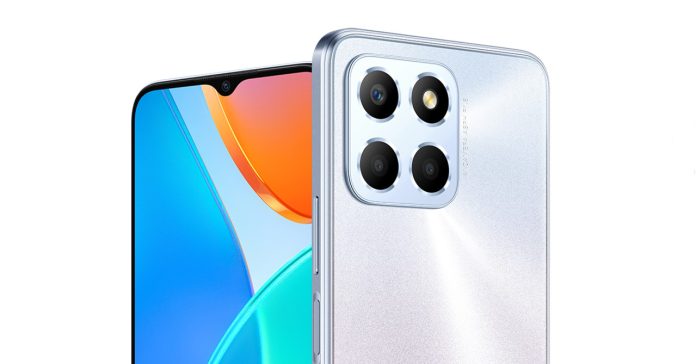 To be specific, the X6 is available via Globe’s Plan 599, Plan 799, and Plan 999. All of the aforementioned plans come with unlimited all-net calls and texts, landline calls, and 3GB of GoWIFI access.

Here are the data inclusions and cash-out requirements for the HONOR X6 with each plan: 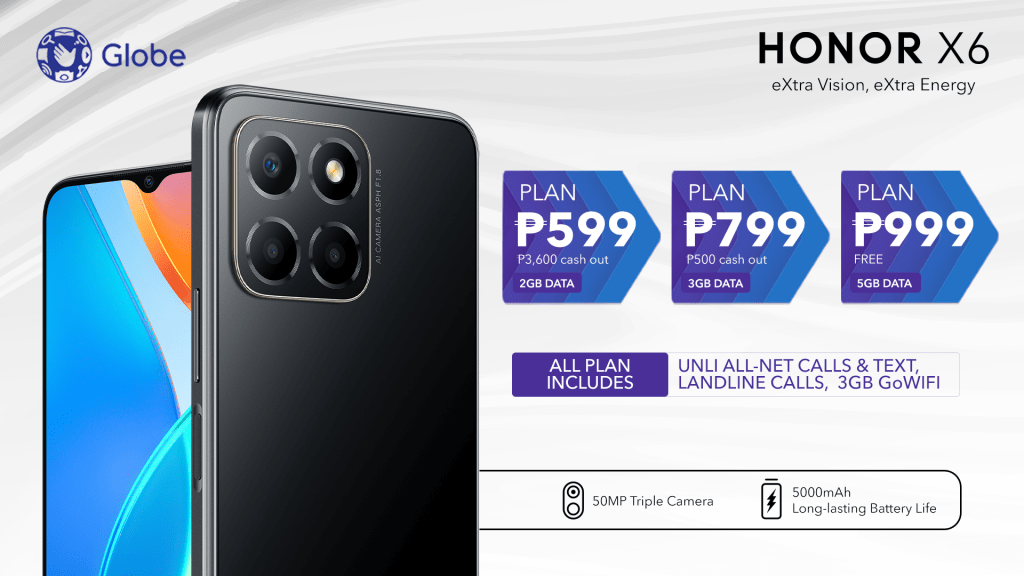 In case you missed its reveal last month, the HONOR X6 is the brand’s latest budget phone, and it’s powered by a MediaTek Helio G25 processor. It also features a 50MP + 2MP + 2MP triple rear shooter setup, a large 6.5-inch HD+ display, and a 5,000mAh battery. The phone also features 4GB of RAM and 64GB of storage.

The HONOR X6 is one of many devices that the brand brought to the Philippines following its recent return just a few months ago. Aside from the X6, there’s also the mid-range X series, as well as the premium HONOR 70, among others.

Aside from Globe plans, the HONOR X6 is available for PHP 7,490 in HONOR stores and partner retailers in the Philippines.