This 3D Yu-Gi-Oh! duel is what Seto Kaiba’s been dreaming of

It's Time to Duel! 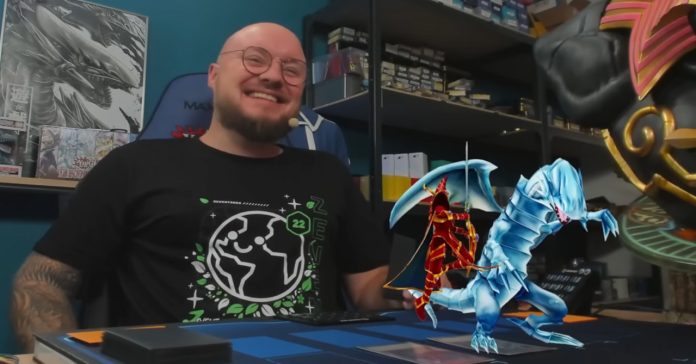 Yes, you’re probably wondering what in the name of YuGi-Oh! do we mean by this. Sadly, no one went full-on Kaiba to commandeer a Blue-Eyes White White Dragon Jet. At least, not yet.

Instead, we get an actual 3D card duel that harkens back to simpler times, yet wouldn’t be out of place in good ol’ 2022. It’s all thanks to French streamer, content creator, and gigachad Yu-Gi-Oh! enjoyer, Superzouloux.

It took him 7 months to complete and it's incredible pic.twitter.com/ePvtDCtm7q

No, that wasn’t added in post. It’s an actual 3D battle that he worked on for 7 arduous months. “I did it,” he said as he showcased the sweet 3D setup in a recent card battle stream.

It’s all thanks to the augmented reality tech that allows him to essentially broadcast 3D versions of the cards in his deck. This showcase came about a few days ago, so it’s too early to say what else Superzouloux has up his sleeve.

One thing’s for sure, it’s likely a Blue-Eyes White Dragon. The jet can wait.

- Advertisement -
Previous article
Predator made its epic comeback at ESGS 2022 with ‘Meta City’
Next article
OlliOlli World: Finding the Flowzone is now available