Netflix is working yet another live-action anime adaptation, this time of the iconic 80s anime City Hunter. 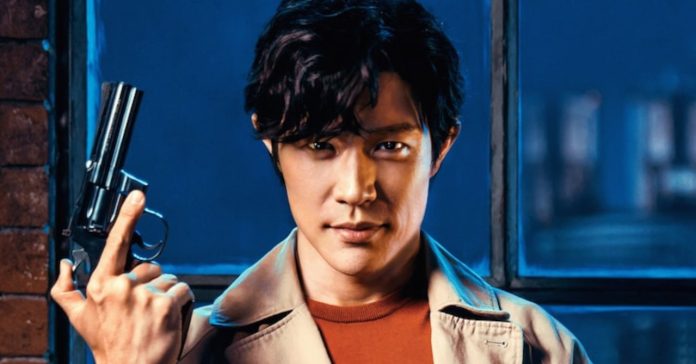 Netflix recently revealed that it is working on a live-action City Hunter film that’s being produced in Japan. This new project follows Netflix’s recent announcement of a My Hero Academia movie.

Details on this City Hunter movie were shared by The Hollywood Reporter. Unlike the My Hero Academia project, this film will be a Japanese production.

Directing the film is Yuichi Sato, the director of films such as Kisaragi and Strawberry Night. Meanwhile, starring as the gunslinging and womanizing “sweeper” Ryo Saeba is Japanese actor Ryohei Suzuki.

Along with the announcement, Netflix also gave us our first look at Suzuki as Ryo Saeba, complete with Ryo’s signature red tee, blue jacket, and trusty revolver.

City Hunter is one of the most iconic anime and manga series of the 80s. It was popular enough that it got multiple live-action adaptations over the years, including a Hong Kong flick starring Jackie Chan back in 1993 and a South Korean TV series starring Lee Min-Ho back in 2011.

Given its enduring popularity, it’s not too surprising to see Netflix adapt it into another live-action film. Plus, the fact that the series is an action-comedy should mean it’ll be easier to translate into live-action, especially given that Netflix’s other anime to live-action projects haven’t been major hits.

The City Hunter live-action film will be released on Netflix sometime in 2024. Right now, there’s no word yet on a specific release date.