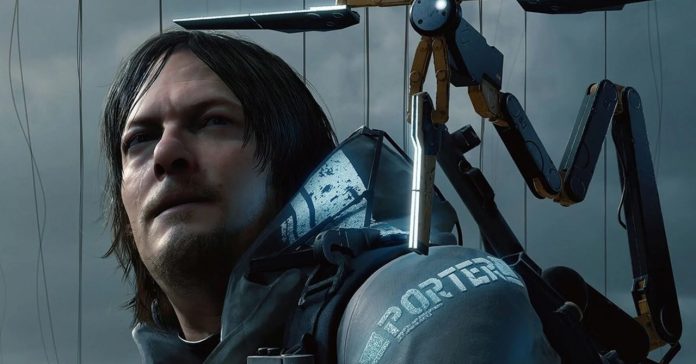 Following the reveal of DS2, Kojima Productions and Hammerstone Studios have announced that a Death Stranding movie is in the works!

Given that Kojima Productions opened a movie, TV, and music division last year, it’s no surprise to see the studio try its hands at a movie. Not to mention that Hideo Kojima is a massive film buff.

For this adaptation, KojiPro teamed up with Barbarian executive producer Alex Lebovici’s Hammerstone Studios to bring Death Stranding to the big screen. Though it promises to be different from what a typical video game adaptation is.

“I couldn’t be more excited about this new partnership with Hammerstone Studios,” said Hideo Kojima. “This is a pivotal moment for the franchise and I’m really looking forward to collaborating with them in bringing DEATH STRANDING to the big screen.”

Currently, Kojima Productions and Hammerstone are keeping the details of the movie adaptation under wraps. Though it was confirmed that “new elements and characters” within the Death Stranding universe will be introduces. This likely means the movie will not be a straight-up adaptation of the game’s story.

“We are thrilled and honored to have the opportunity to partner with brilliant and iconic Hideo Kojima on his first film adaptation,” said Lebovici. “Unlike other big budget tentpole video game adaptations, this will be something far more intimate and grounded. Our goal is to redefine what a video game adaptation could be when you have creative and artistic freedom. This film will be an authentic “Hideo Kojima” production.”

There’s no word yet on when the Death Stranding movie will be released. Not surprising given how early its production still is. Despite having not much info yet, Kojima fans should definitely watch out for this (I know I am), especially as a movie from the noted game director should be wild ride.