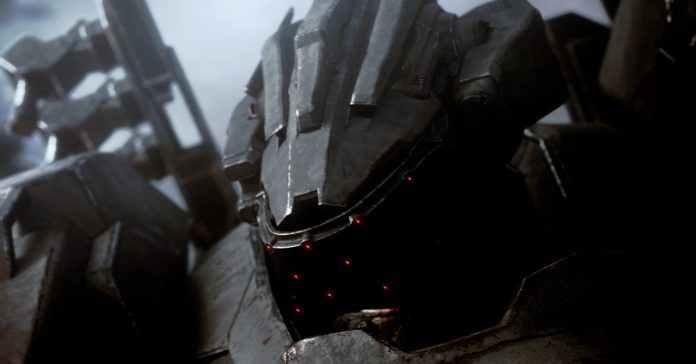 Armored Core 6 Fires of Rubicon was finally announced by FromSoftware, the famed creators of the Dark Souls series and Elden Ring.

While FromSoftware has gained a massive boost in popularity over the past decade thanks to its Soulsborne titles, some might not know that the studio was originally known for developing the Armored Core games, as well as King’s Field.

Since the release of Dark Souls 2 though, the studio has focused mostly on Soulsborne titles, with only the odd non-souls release in between like Deracine and (funnily enough) Monster Hunter Diary: Poka Poka Airou Village DX.

Given their focus on Soulsborne titles over the past years, some players (especially cousl fans) are expecting Fires of Rubicon to also feature soulslike gameplay, or at least parts of it.

But in a recent interview with IGN, FromSoftware president Hidetaka Miyazaki revealed that it the new Armored Core game won’t be like Dark Souls.

Specifically, Miyazaki said that “[they have] not been making a conscious effort to try to direct it towards more Soulsborne type gameplay.” He followed that their aim in Fires of Rubicon was to “go back and take a good look at the core concept of Armored Core and what made that series special.”

To that end, Fires of Rubicon will feature an extensive mech customization system as the studio believes that both assembly and control of the mech are the two core concepts of the series.

This should be great news to long-running Armored Core fans as it doesn’t mean FromSoftware will just make Dark Souls but with mechs with this upcoming game. On the flip-side, Souls fans should temper their expectations as this won’t be another entry into FromSoftware’s now-signature game genre.