God of War Ragnarok is another big win for accessibility in games! 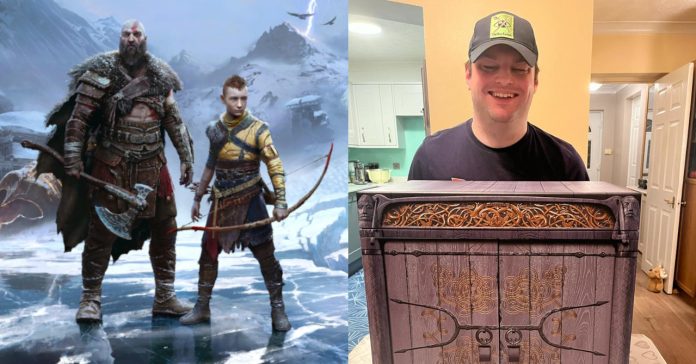 God of War Ragnarok has an impressive suite of accessibility features, enough that even a legally blind gamer was able to complete the game.

At The Game Awards, Ragnarok won the Innovation in Accessibility award, and this story proves that Sony Santa Monica and PlayStation’s latest title is truly deserving of it.

Specifically, a report by Sky News put the spotlight on Ben aka SightlessKombat, a legally blind gamer or “Gamer without sight” who streams on Twitch. He first played the 2018 God of War game, but with the help of a sighted partner. His gameplay of God of War was spotted by Santa Monica Studio which soon reached out to him for Ragnarok.

So proud to have been involved in (and credited for) #accessibility work on this award-winning title!
As a #gamerWithoutSight, @SonySantaMonica, thank you for letting me be a part of this amazing journey! This is a fantastic win!
The future is bright! #AllGamesHaveNoLimits https://t.co/SoXeFGETRP

Specifically, he acted as a consultant for the game’s enhanced accessibility features. The developers asked him to give demos of how he played, as well as insight on what types of features can help gamers like him play through the game more easily.

For legally blind or for gamers with impaired eyesight, God of War Ragnarok has lots of features such as high-contrast color options, auto mini-game completion, controller remapping, a screen reader for the menu, and many more.

Thanks to these features, SightlessKombat says that he “can play large stretches of the game without any need for secondary input” which makes for an “incredibly freeing experience.” Because of this, he is able to finish the game with minimal need for outside help.

PlayStation is not new to releasing games with a bevy of accessibility options. In 2020, The Last of Us Part 2 made waves for also having a whole suite of options that make it playable for legally blind gamers along with other players with motor or other disabilities.

God of War Ragnarok is out now on PS5 and PS4. In case you’re not convinced if you should get it, you can check out our review of the game here: