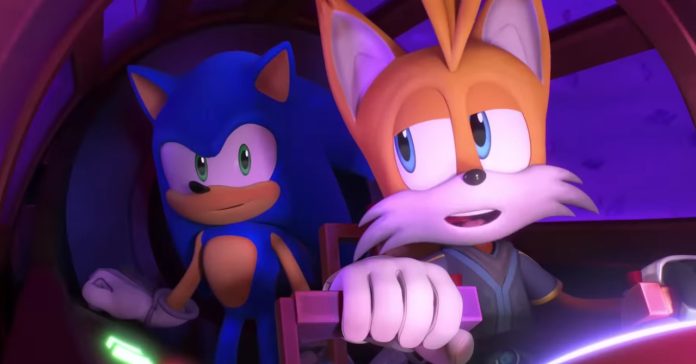 Following its reveal last year, Netflix and SEGA have announced that the animated series Sonic Prime will premiere tomorrow, December 15.

In case you missed its reveal, Sonic Prime is a new animated series that’s co-produced with WildBrain, a Vancouver-based studio that specializes in animated shows for kids. Some of the studio’s shows inlcude The Snoopy Show, Snoopy in Space, Chip and Potato, Strawberry Shortcake: Berry in the Big City, Carmen Sandiego, and Go, Dog. Go

This new Sonic series features a 24-episode season 1 that promises to bring the high-octane thrills of the game that’s easily digestible for kids, families, and even long-time Sonic fans.

In the series, Sonic will be whisked into a multiversal adventure, and once again, he will have to face his nemesis, Dr. Eggman.

It’s the Sonic you know and love until an incredible twist thrusts Sonic into a new adventure featuring a reinvented cast and Sonic like you’ve never seen him before, where the fate of the multiverse rests in his gloved hands. Sonic’s adventure is about more than a race to save the universe from the evil machinations of his longtime nemesis Dr. Eggman and his army of badnik robots, it’s a race to save his friends, friends that he took for granted.

Catch Sonic Prime when it releases on Netflix tomorrow, December 15. .

In related news, Sonic Frontiers is getting a huge free update in 2023.

- Advertisement -
Previous article
Spider-Man: Across the Spider-Verse gets a new trailer, shows of Spidey vs Spidey action
Next article
HONOR 70 5G now available in the Philippines in Emerald Green