Overwatch 2 Season 2 will release on December 6, and it will introduce a new hero and more! 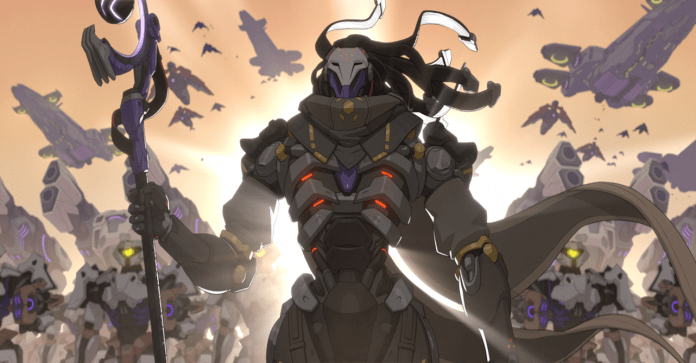 With Overwatch 2 releasing season 2, players will be treated to a variety of new in-game developments, a new hero, and another challenging map to overcome. With Season 2’s theme Greek Mythology, we can expect an experience of epic proportions.

Right on time for the holidays, it seems.

Season 2 sees the emergence of a new hero, Ramattra–the first Tank that can completely change forms as part of his core kit, altering his abilities and playstyle depending on the task at hand. 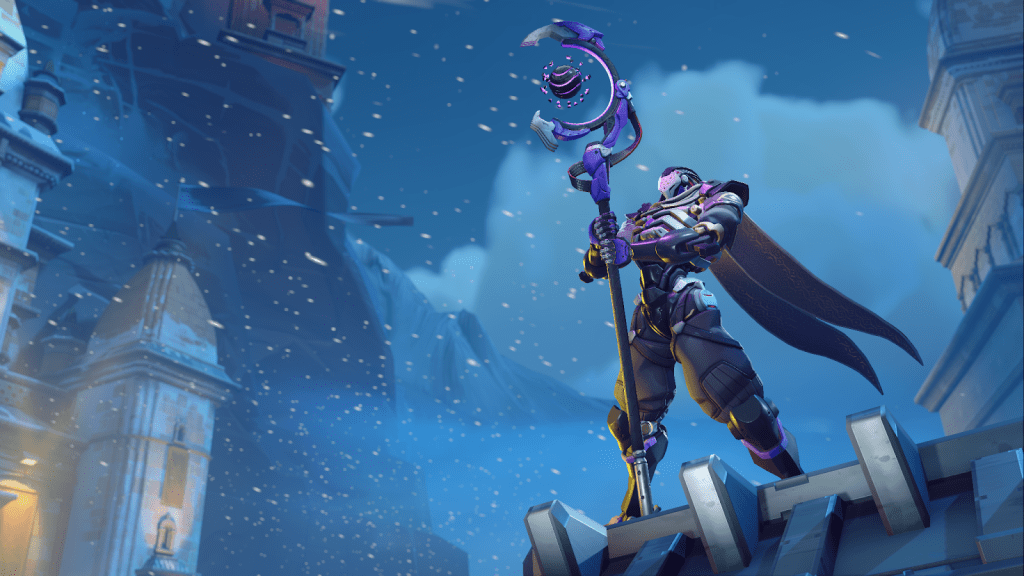 The new Escort map, Shambali Monastery sees players ascending the winding path walked by countless Omnics who have sought refuge within its walls. It’s an all-out battle for supremacy over the one-time home of Zenyatta and Ramattra. 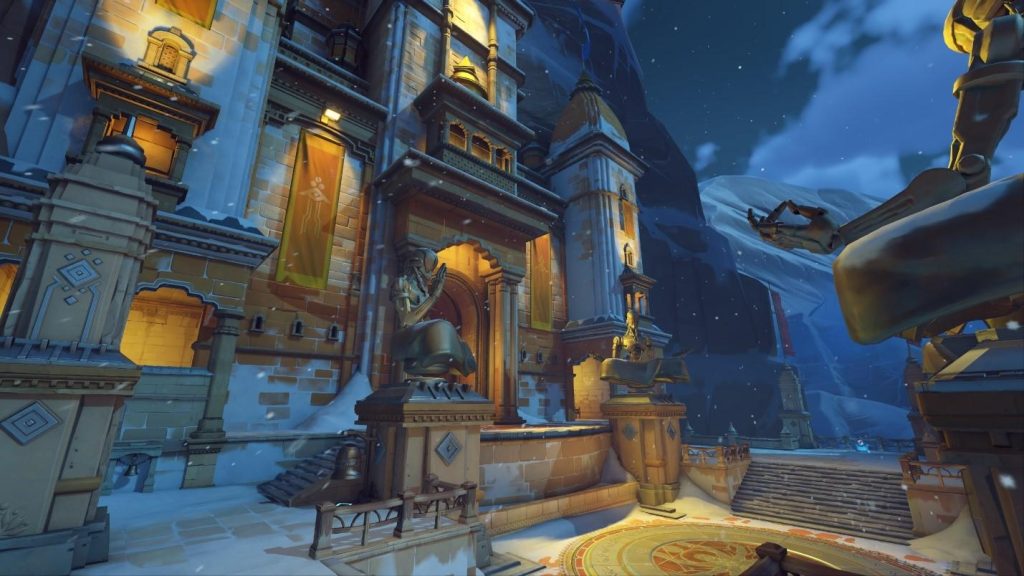 Season 2 is all abut Greek Mythology, and it features an all-new Mythic skin: Zeus Junker Queen, as the pinnacle reward on the Premium Battle Pass. This includes new customizations, weapon models, voice lines, and special effects.

If that’s not enough, players can also acquire Legendary Poseidon Ramattra and Legendary Hades Pharah by progressing through the premium battle pass. 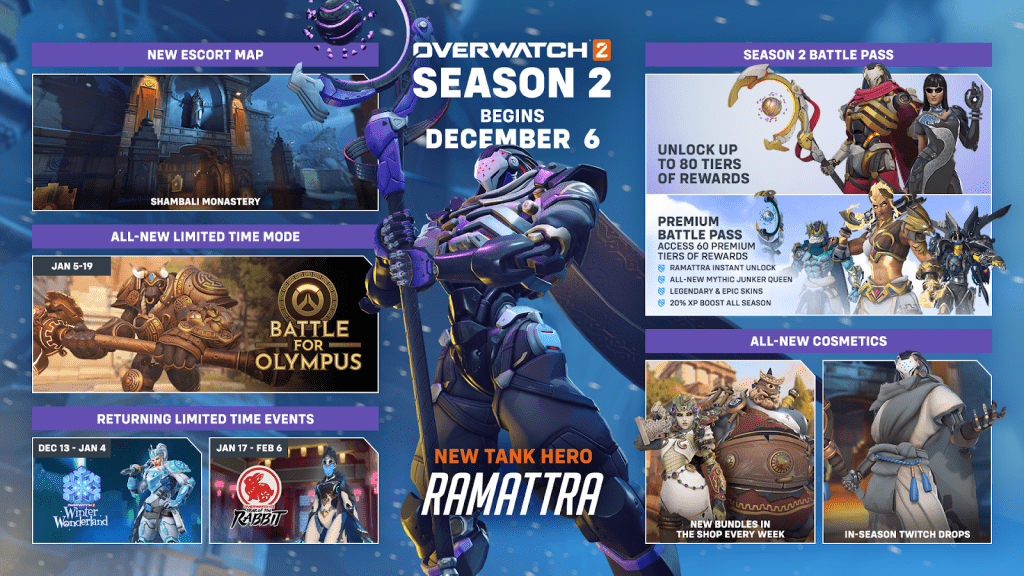 In addition, a few balances have been made. Certain fixes and adjustments have been made for both Sojourn and Doomfist to address player feedback–mainly the concerning the usage of certain heroes in higher tiers and their roles in teamfights. You can check out a full list of the fixes here.