This remaster of the Romancing SaGa PS2 remake is out now on modern consoles and PC! 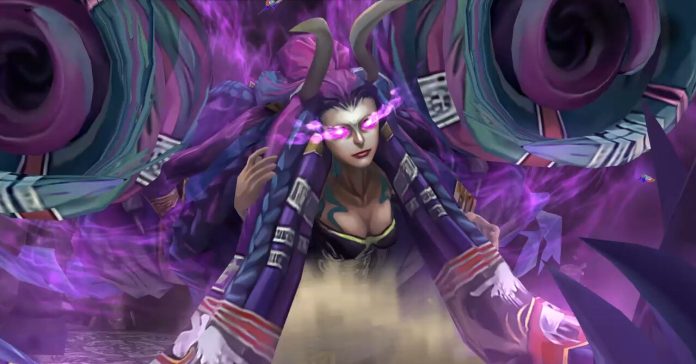 Following its announcement earlier this year, Romancing SaGa -Minstrel Song- Remastered is finally out now on PC and consoles.

This game was released on December 1 on PlayStation and Switch, with the PC release following on December 2.

If you’re unfamiliar with the game, this is a remaster of Romancing SaGa -Minstrel Song- which itself is a remake of the original Romancing SaGa JRPG that was released for the Super Famicom back in 1992.

As the original game was released only in Japan, players outside the country were only able to play the game’s official English version when the remake came out on the PS2. With this new remastered release, JRPG fans can finally play this iconic 90s JRPG.

This remake doesn’t stray too far from the Super Famicom original, though it does have 3D graphics, as well as changes to the character classes, battle system, and more.

The gods created man and man created stories.
The primordial creator Marda brought forth the land of Mardias.
In ages past a mighty battle rocked this land, when Elore, the king of the gods, fought three malicious deities: Death, Saruin and Schirach.
After a long and drawn-out struggle, Death and Schirach were sealed away and rendered powerless, with the final deity Saruin also trapped through the power of the Fatestones and the noble sacrifice of the hero Mirsa.
Now 1000 years have passed since that titanic battle.

The Fatestones lie scattered across the world and the gods of evil are resurgent once more.
Eight heroes set off on their own journeys, as if guided by the hand of fate.

What tales will these adventurers weave across the vast tapestry of Mardias?
You are the only one who can decide!

- Advertisement -
Previous article
Catch the Pokemon Scarlet & Violet Meet & Greet events in these malls this December
Next article
Overwatch 2’s new season is live! And with it comes a free Legendary skin for Ramattra