SEGA and RGG Studio dropped lots of new info on Like a Dragon: Ishin! 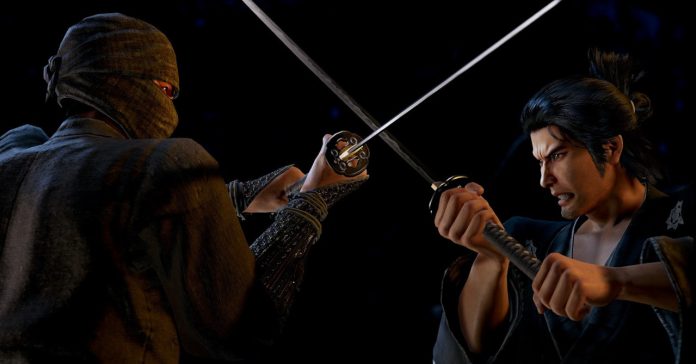 With the game’s release just a few months away, SEGA and RGG Studio recently released the official synopsis and highlighted the main characters and setting of Like a Dragon: Ishin.

In case you missed its announcement, Ishin is a remake of the 2014 spin-off Ryu Ga Gotoku: Ishin, and it will be released on PC and modern consoles. Unlike the Kiwami remakes, Ishin is remade using Unreal Engine 4, though it still features a range of enhancements that make it more than just an HD remaster.

Here is the game’s official synopsis:

Despite being a goshi, a low-ranking samurai, Sakamoto Ryoma’s skill with the blade earns him special permission to hone his swordsmanship in Edo.

After a year of training, Ryoma returns to his hometown of Tosa.

Upon returning, however, he sees another side of Tosa: an oppressive class system that hasn’t changed since he was born.

Having learned about the outside world while living in Edo, Ryoma decides to confront this oppression with his own hands.

But his resistance is in vain, and he is imprisoned for his actions.

At that time, a man appears:

Magistrate Yoshida Toyo, the most important person in Tosa.

Toyo secretly supports the children who have lost their parents or siblings due to the class system, raising them as if they were his own.

Ryoma was one of those children.

Through Toyo’s intervention, Ryoma is released from prison.

Ryoma heads towards Kochi Castle with his “brother” Takechi, whom he grew up with, to discuss future plans with Toyo.

However, a masked man appears during the meeting and assassinates Toyo. When the guards arrive, they mistakenly suspect Ryoma to be the killer. Ryoma manages to shake them off and chases after the masked man, but the man is able to escape due to his Tennen Rishin sword style.

Ryoma leaves Tosa in order to pursue the masked man and avenge his mentor.

He conceals his identity and goes into hiding in the city of Kyo. There, he learns from an informant that several Tennen Rishin users have gathered in a certain organization:

The Shinsengumi, a notorious group of killers feared as the Mibu Wolves.

Ryoma abandons his name and becomes “Saito Hajime”, prepared to risk his life to infiltrate the organization.

As Ishin is set in 1800s Japan, it might be a bit daunting to some fans of the series to jump right in. Though don’t worry as even if you don’t have any knowledge of Japanese history, you should still be able to understand and enjoy the game according to RGG Studio.

Even if you might be unfamiliar with the setting, there’s no doubt that you’ll know the game’s main cast if you’re a Yakuza fan. After all, the game brings back iconic faces from various games (from Yakuza 0, 2, and more), albeit as different characters.

Here’s a gallery of the main cast:

Finally, SEGA and RGG Studio detailed the game’s settings. Specifically, the game is set in two places: Tosa and Kyo.

Tosa is a castle town where protagonist Ryoma’s hometown and it’s located in modern-day Kochi in Shikoku, Japan. Meanwhile, Kyo is the Bakumatsu-era Kyoto and is considerd to be the cultural capital of Japan (even at the time) with several unique districts.

For more info on the game’s cast, visit the official website.