Revisiting one of the best handheld Final Fantasy experiences. 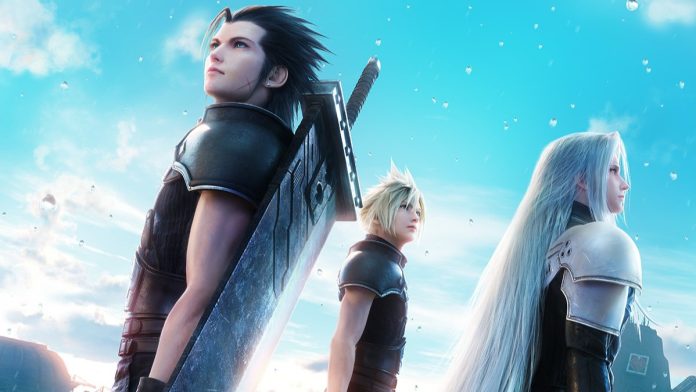 Crisis Core: Final Fantasy VII was one of the best games on the PSP when it was released in 2007. Serving up as a prequel to arguably the most beloved Final Fantasy title,  Crisis Core tells the story of Zack Fair, a SOLDIER operative who has strong ties with series staple characters like Sephiroth and Cloud.

Crisis Core: Final Fantasy 7 Reunion is a shot-for-shot remaster of the original experience. Everything from the script, animations, story beats, and gameplay mechanics are exactly the same as what came before with a few key changes that bring it much closer to modern-day standards.

Great-looking updated graphics, a smoother control system, and faster-paced combat all make for a great remaster of a classic handheld Final Fantasy experience. However, a lot of the design choices and compromises made for the PSP make a return with mixed results. While original players like me will feel nostalgic about the old charm of Crisis Core’s systems, gamers who are jumping into the adventures of Zack for the first time may find the experience lackluster and at times frustrating.

A fresh coat of materia

A significant feature Crisis Core: Final Fantasy 7 Reunion has is the graphical overhaul made possible by Unreal Engine 4. This brings the original experience closer to what was showcased with the Final Fantasy 7 Remake with only a slightly lower scale in terms of texture fidelity.

The rudimentary level design remains the same—one of the most noticeable remnants of its original handheld architecture, and yet the new visual lift is a reminder of just how timeless Crisis Core’s story can be. As someone who played the PSP version multiple times back in 2007, Crisis Core Reunion felt like a comfort experience that is always nice to come back to. 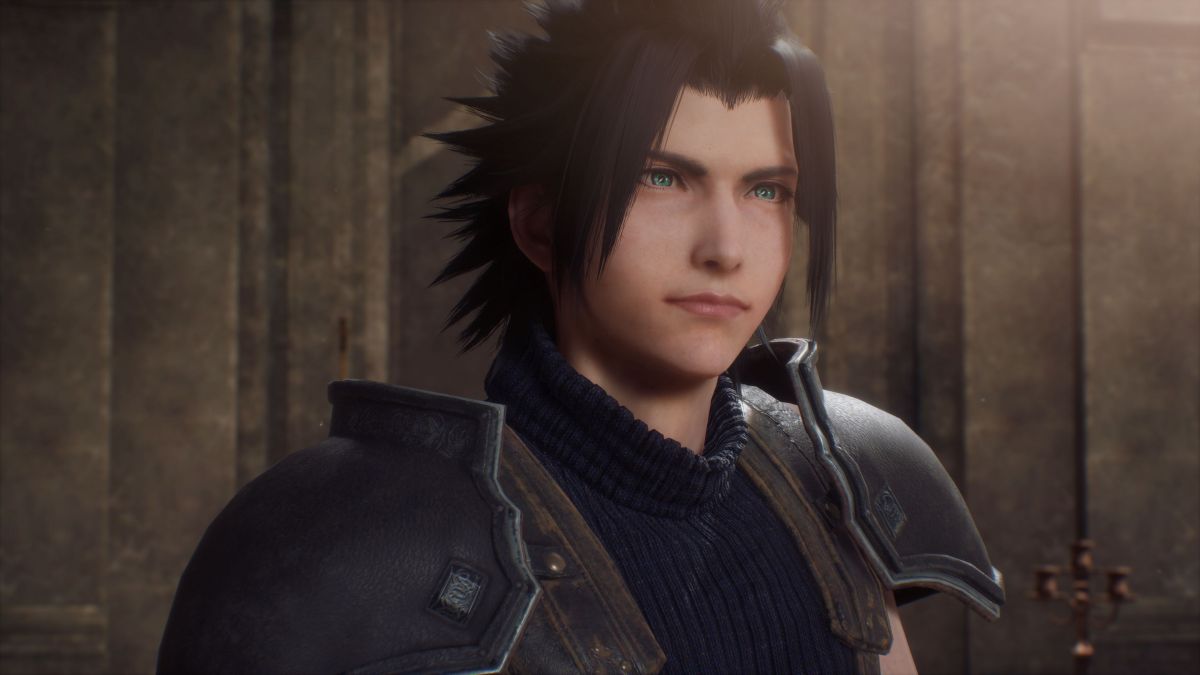 Crisis Core was already one of the best-looking games on the PSP. Fifteen years ago, character models were already fantastic and expressive. Reunion is just a nice reminder of how talented the original developers were and how far game graphics have come since then.

Developers Tose and Square Enix even went as far as to incorporate Final Fantasy 7’s UI system which significantly improves upon the original release. It’s easy to navigate, serves its purpose well enough to communicate to the player the abundance of gameplay systems, and it also manages to simulate what the classic version felt like while giving it a modern facelift.

Easily the most significant change Crisis Core Reunion has is within its overhauled combat system. For the remaster, it’s much faster, flashier, and all the more satisfying.

The fact that you can now play with more buttons on the controller makes all the difference. Animations have also been sped up significantly bringing it closer to Final Fantasy 7 Remake’s combat pacing. The one I’m most impressed about is even if the VX is still in full effect with explosions, particles, and the clashing of metal, Crisis Core Reunion’s combat doesn’t have the same amount of visual noise FF7 Remake had which was admittedly a bit too distracting for me. 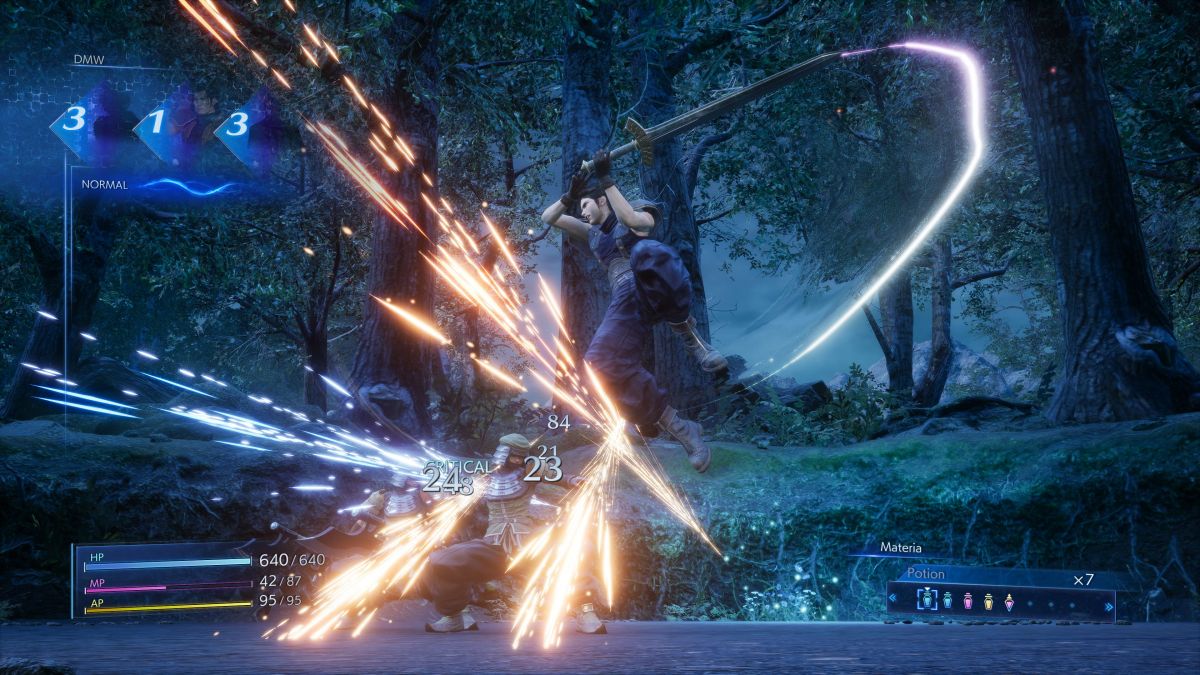 Crisis Core’s combat is infinitely more responsive than its PSP counterpart. Returning players will appreciate this given just how much combat is in the campaign. You’ll be hearing the words “Activating combat mode” and “Conflict resolved” almost back to back with each other to the point that you may or may not hear them in your sleep. Seriously, there’s a lot of fighting in this game.

The randomized slot machine system makes a return that can provide various buffs and special moves that spices up the combat. In the latter stages of the game, you’ll mostly be relying on this as some enemies can provide a tough challenge, especially when dealing with multiple ones at the same time. The downside is that it’s relatively RNG based. You can either get super lucky with your rolls and absolutely dominate the battlefield or be left fending for yourself with just physical and materia based attacks.

Given that Crisis Core Reunion is a remaster rather than a full-on remake, there are moments where it shows the age of its systems.

You spend most of the gameplay sections running around hallways coming from one combat scenario to another with (thankfully brief) loading screens sprinkled throughout.

While in-game visuals are great, the pre-rendered cutscenes remain untouched. They don’t benefit from being watched from a larger HD monitor since they’re originally made for a portable screen. While the animation and scene direction remain excellent, I couldn’t help but noticed the stretched-out pixels and slightly blurry motions.

Oddly enough, the combat-related cutscenes such as the different summon attacks were all given a visual facelift. These are easily where Crisis Core Reunion is at its best in terms of spectacle. I can only imagine how even better the package would be if similar treatment is given to the story cutscenes. 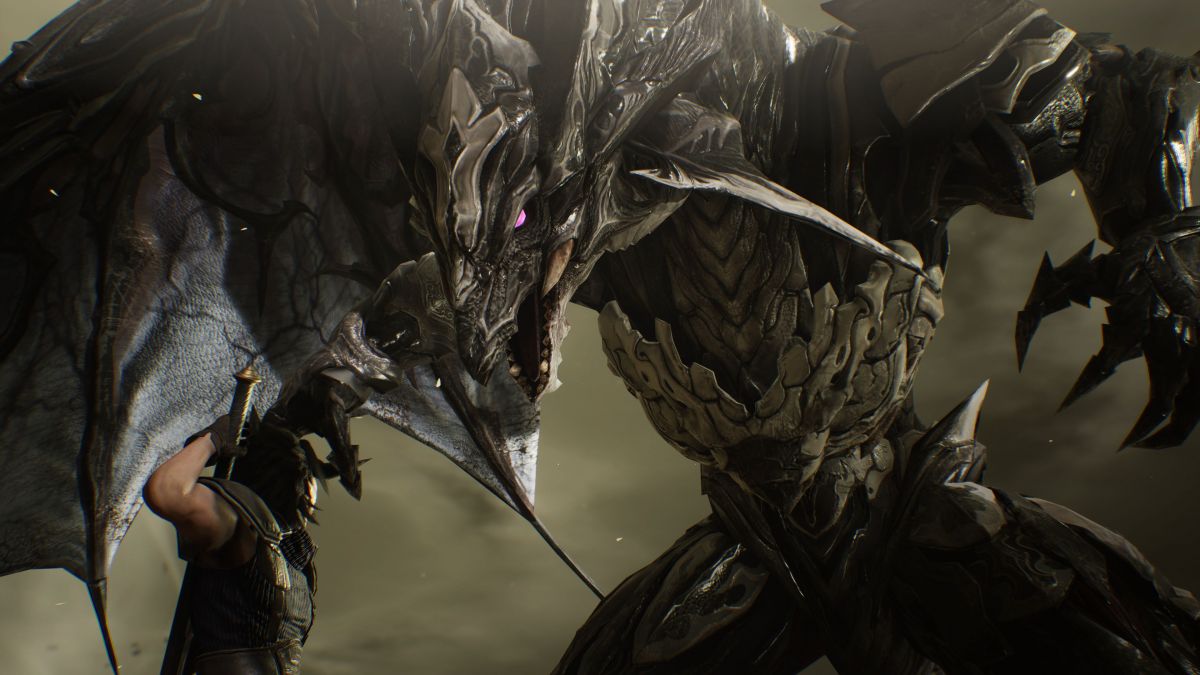 However, not all changes in Crisis Core Reunion are for the better. All of the voice actors from the original PSP release did not return for the remaster. The new voice actors are now given the burden of voicing over animations that were originally tuned to complement the original performances. The final results are, to say the least, disappointing.

I remember Zack Fair being an energetic protagonist who was portrayed excellently by Rick Gomez in blurring the lines between childish and mature. He was the main character that was fun to watch and at the same time, someone I can easily look up to.

Caleb Pierce, the new voice of Zack unfortunately makes him sound more like a geeky fan rather than a respectable character. There are several comparison videos already up on YouTube that compare cutscenes between Reunion and the original PSP release and even if everything from the cinematography, direction and script are identical, the remastered scenes lack the gravity of what was originally presented. In worst-case scenarios, it makes dramatic moments lose their sense of emotion, and comedy beats fall flat.

The rest of the cast suffers the same problem other than Briana White’s Aerith who provides a nice uplifting performance fitting the character. It always felt like each voice actor could’ve just used one or two more takes to get it right but never did. A shame really given how excellent the overall narrative is and the accompanying musical score that thankfully remains the same.

While Crisis Core Reunion may not exactly be on par with what Square Enix achieved with the excellent Final Fantasy 7 Remake, it’s enjoyable remaster of a classic handheld Final Fantasy experience that was groundbreaking at its time of release.

Despite suffering from the aging skeleton of its core design choices, Crisis Core Reunion is still worth a playthrough with a narrative that compliments and honors what Final Fantasy 7 did and a fantastic musical score that is now all the more proven to be a timeless experience. 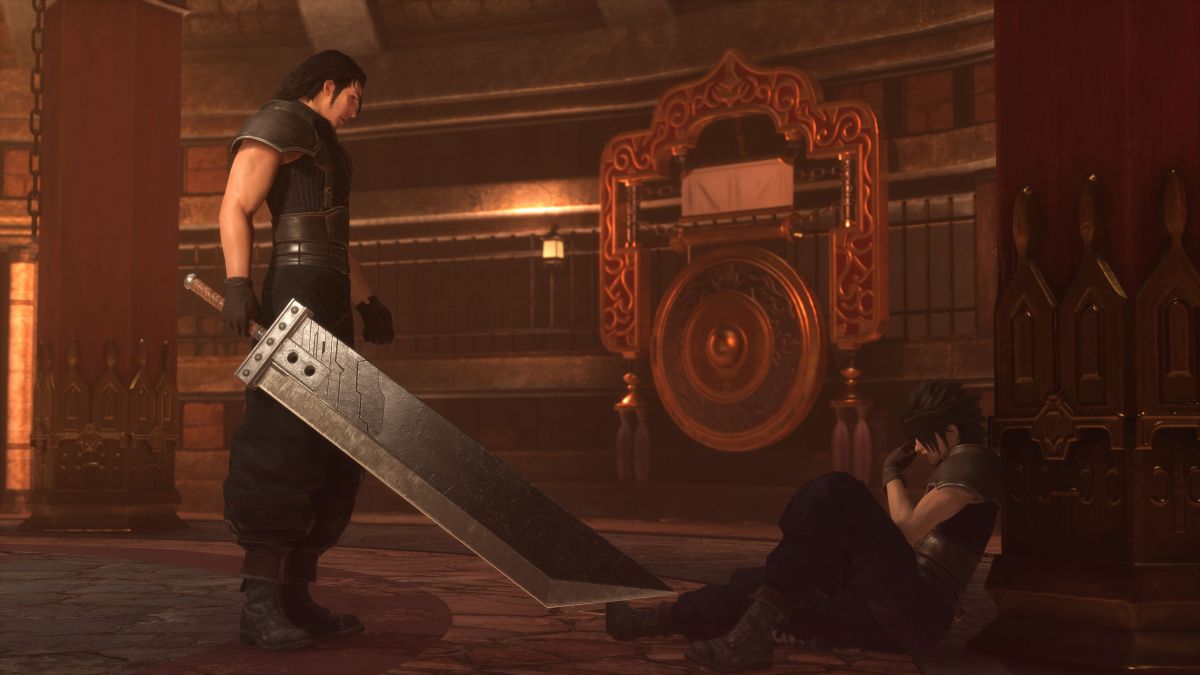 All you have to do is look past tedious mission structuring, basic level design, and an updated cast of actors that just couldn’t live up to what came before. Crisis Core Reunion is a fun nostalgic trip back home to older Final Fantasy fans and a charming classic experience for the newer generation to have.